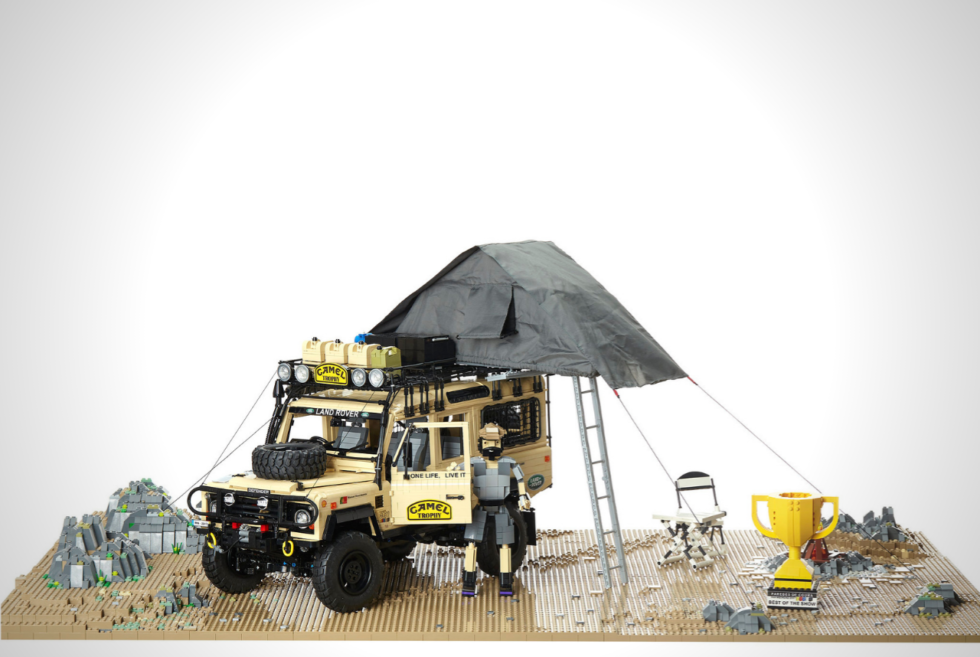 For LEGO kits, these normally come with instructions on how to assemble everything that’s on the box art. Those who have no love for chaos prefer to keep the pieces organized and follow the directions precisely. It might be how regular individuals do it, but there are brickbuilders out there who prefer a more creative approach. This Land Rover Defender 110 “Camel Trophy” by Manuel Nascimento is a fascinating example of how they work their magic.

Not to worry, because LEGO has an official Land Rover Defender, albeit a newer model, from its Technic catalog. If it’s another SUV you are looking for, there’s a Jeep Wrangle set as well from the same line. Going back to the Land Rover Defender 110 “Camel Trophy,” it goes beyond what an official kit can do.

Not only did he build a LEGO scale model of the highly capable overlanding machine, but also a large display base. Even the terrain looks meticulously done, complete with rocks, uneven surfaces, and subtle hints of greenery. It does not stop there. The Land Rover Defender 110 “Camel Trophy,” even includes an action figure of the driver.

In his original post on social media, Nascimento said: “The Camel Trophy represented adventure expedition and competition, from 1980 to 2000. It was an exceptional opportunity to test men and machines against natural obstacles.” He even points out that the completed model tips the scales at 14.33 lbs. Thus, he would rather not move it around like a toy car.

Unless you get up close and personal, it would be easy to mistake the Land Rover Defender 110 “Camel Trophy,” as a regular plastic scale model. Nevertheless, it’s just a perfectly crafted LEGO vehicle with working lights, winches, and even a deployable tent. 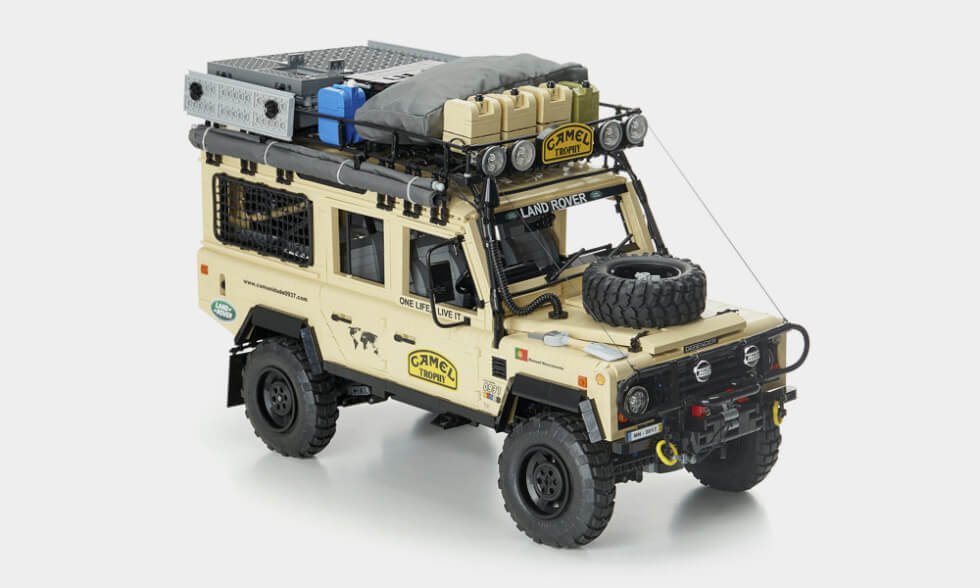 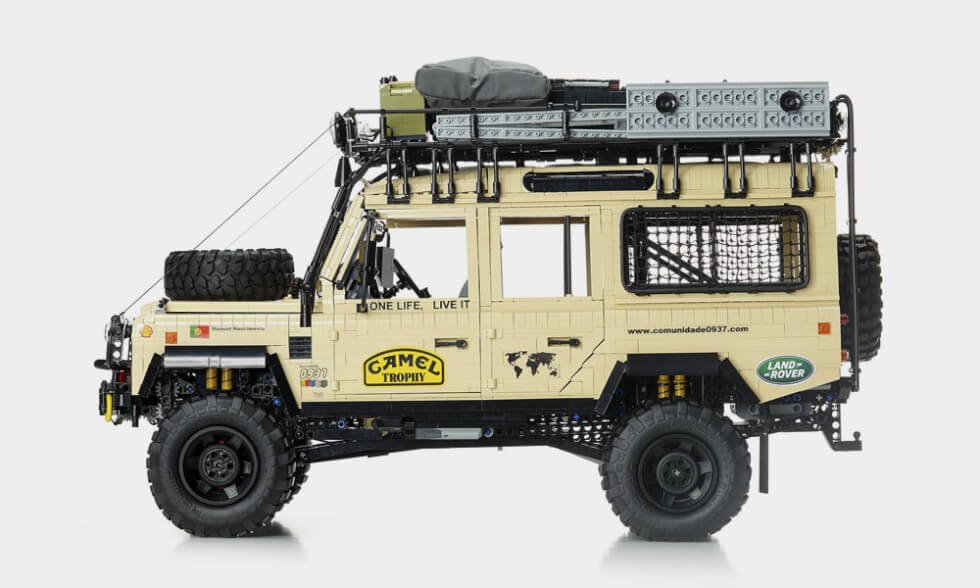 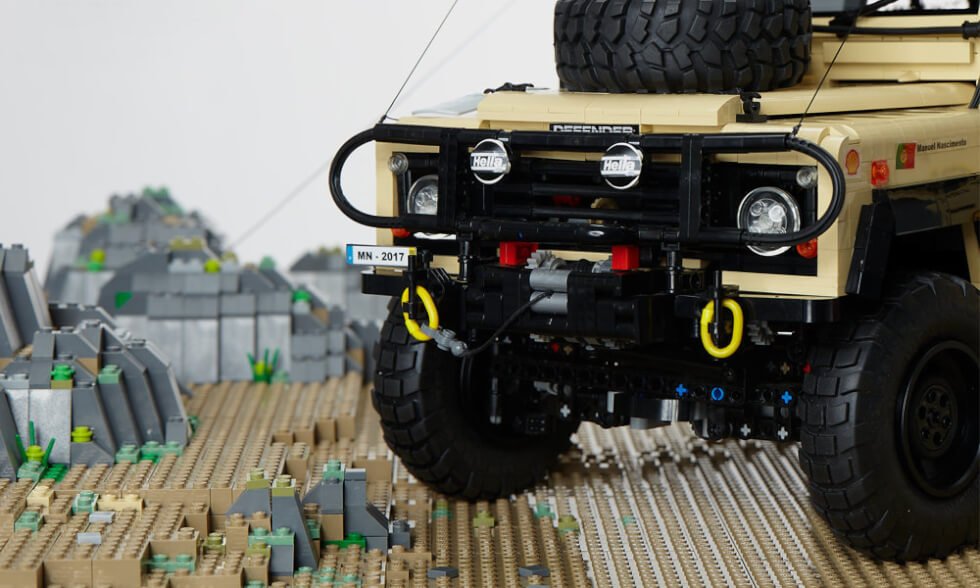 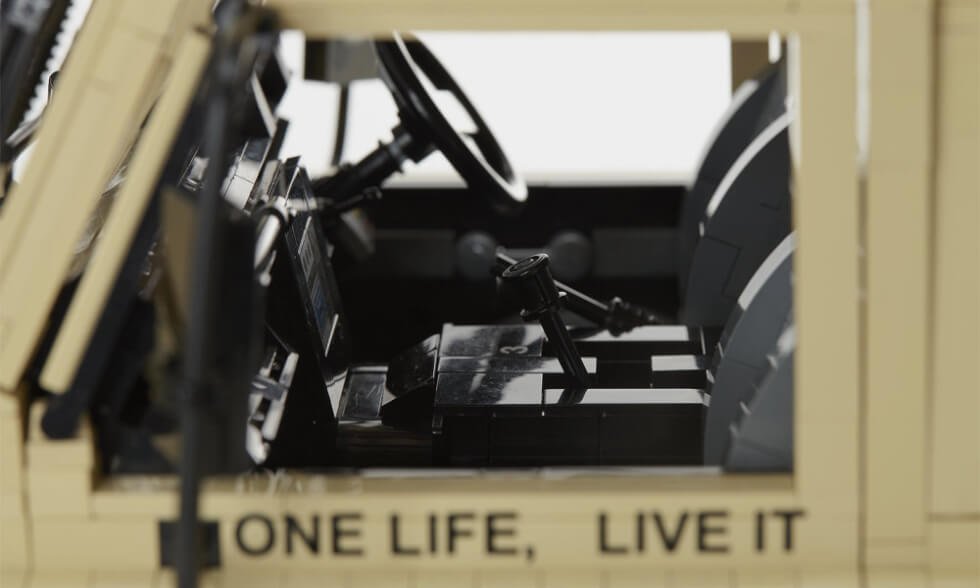 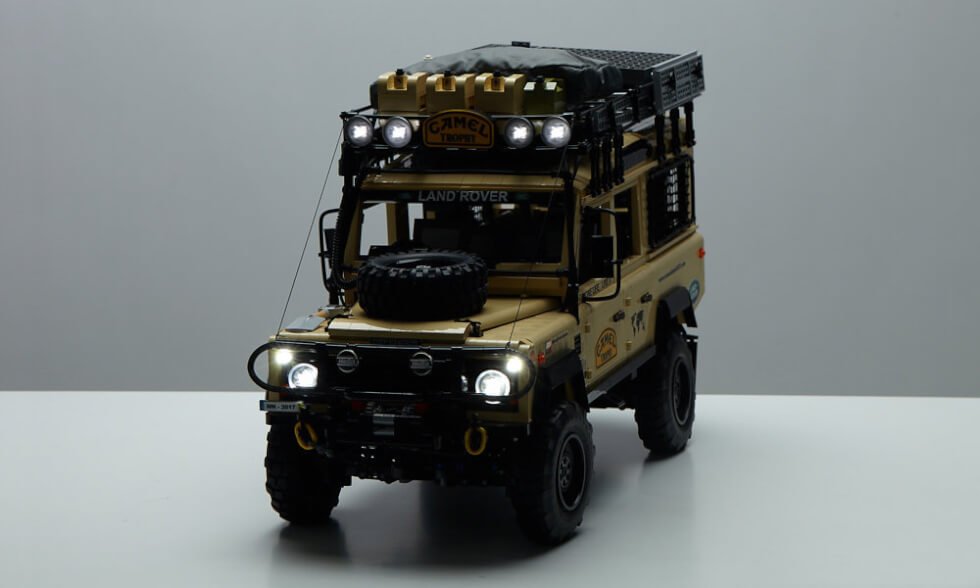