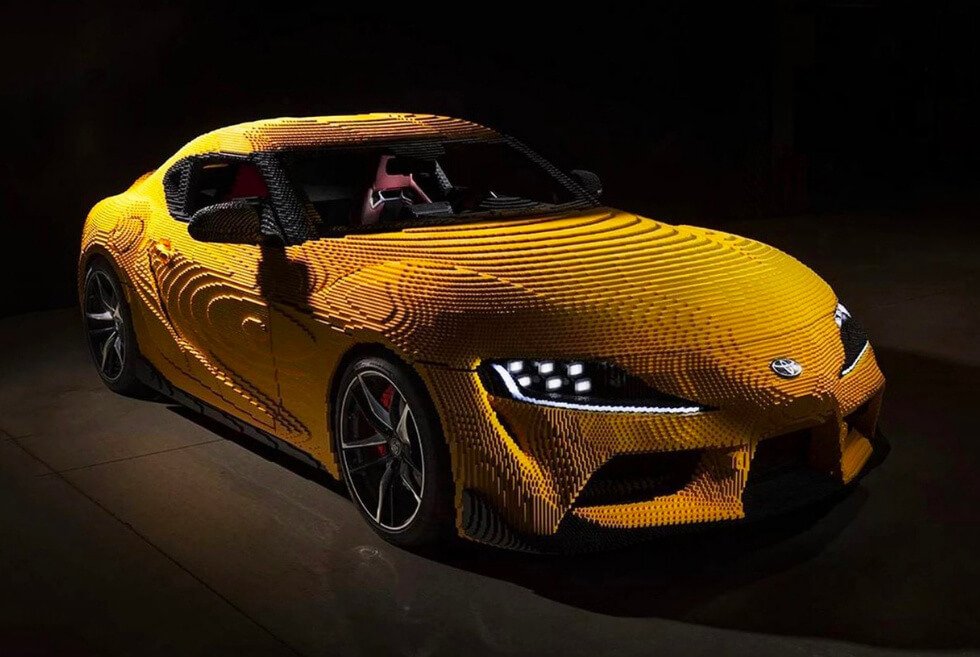 When we were kids, it was everybody’s dream to build machines out of LEGO and actually ride them. The concept might sound crazy at the time, but these days, nothing is impossible with the right technology. To prove a point, Toyota’s engineers are teaming up with the Danish toymaker and building a 1:1 scale and drivable GR Supra.

The life-size coupe will be on display at the LEGOLAND Japan Resort as one of its unique attractions. In fact, to show off the accuracy of the copy, an actual Toyota GR Supra parks just right beside it. This is not LEGO’s first rodeo with these types of projects.

A few years ago, the company was also messing around with working replicas. It was a Bugatti Chiron with Technic elements and driven by the luxury marque’s test driver and former Le Mans winner Andy Wallace. What makes this Toyota GR Supra more impressive is the use of regular LEGO bricks.

At first glance, the exterior looks jarring. The surfaces look rough and pixelated, but you have to admit that they did a bang-up job with what they had. A total of 477,303 pieces and 2,400 hours were used up to complete it. Of course, a combustion engine is out of the question for obvious reasons.

Instead, the LEGO GR Supra runs on an electric powertrain. Apart from the chassis, other parts of the vehicle that are the real deal include the lighting, driver’s seat, steering wheel, instrument cluster, wheels, tires, and Toyota badge.

Too bad LEGO has no plans to mass-produce this as a limited-edition item. Nevertheless, at least we can get the GR Supra as a regular kit under the brand’s Speed Champions lineup. It’s more manageable at only 299 pieces. 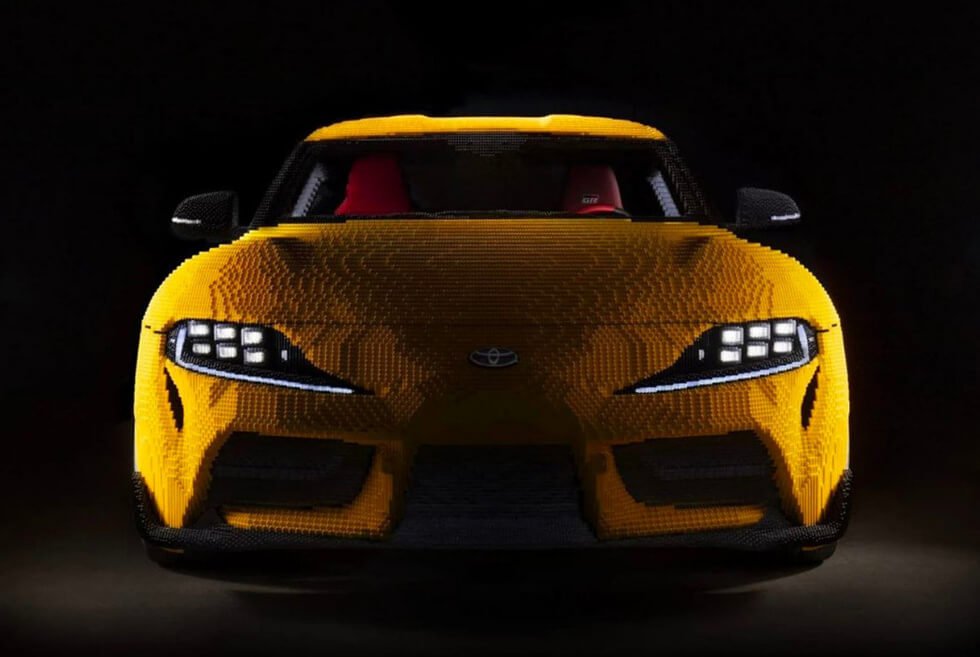 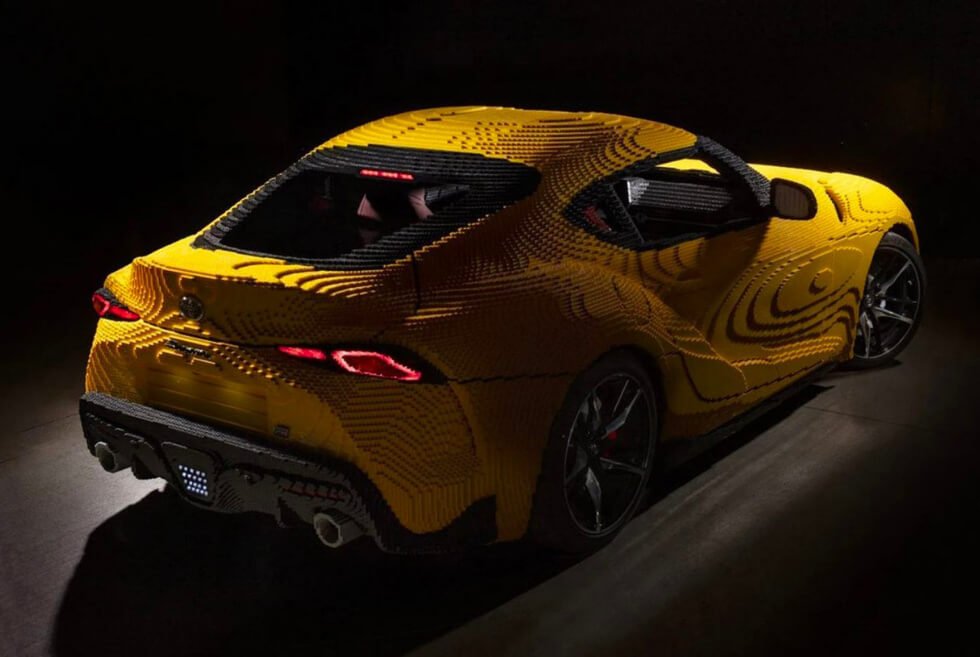 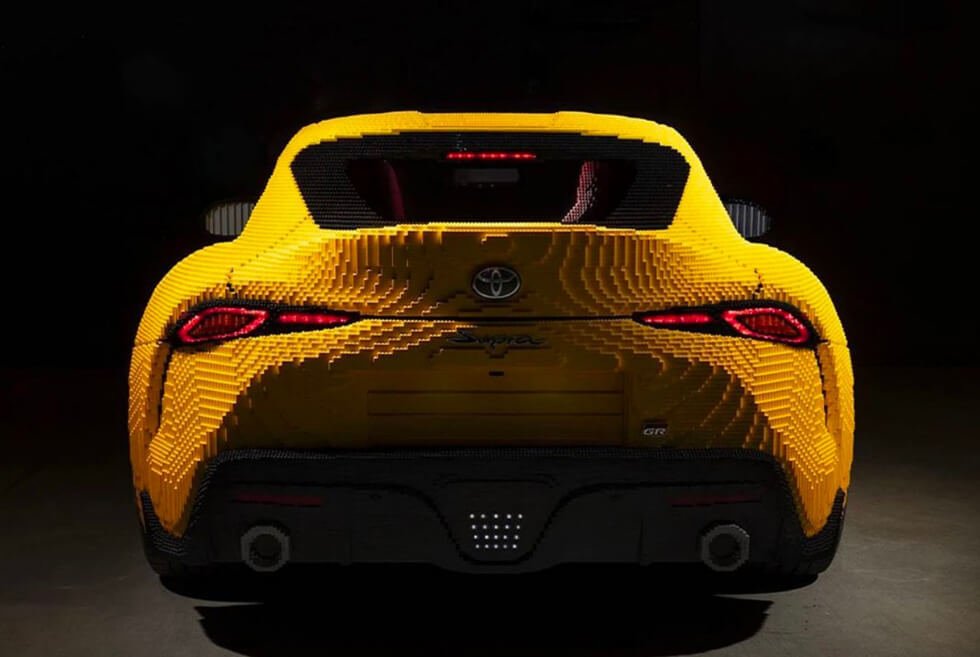 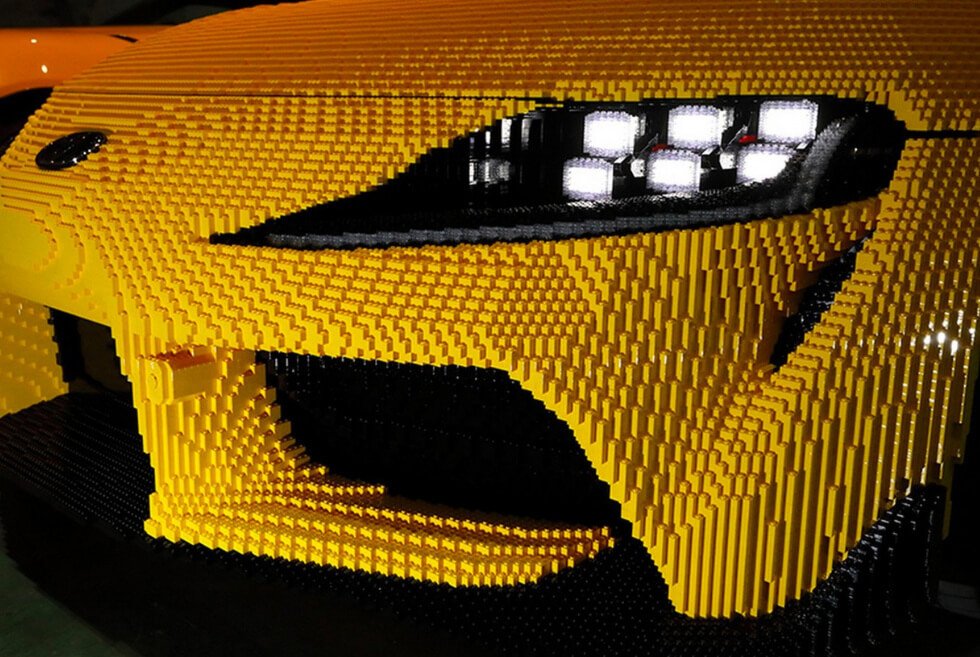 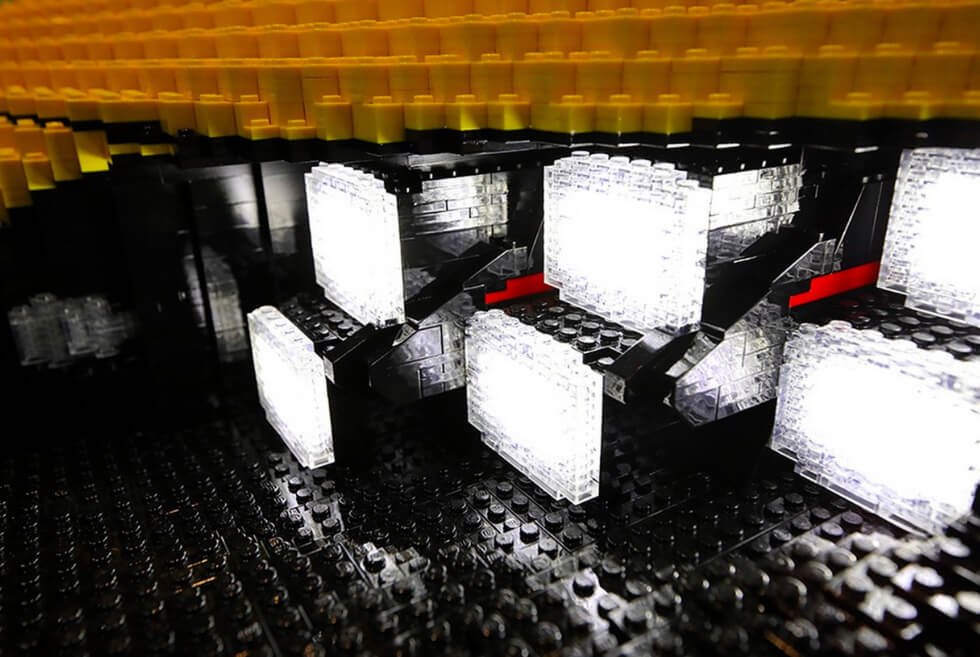 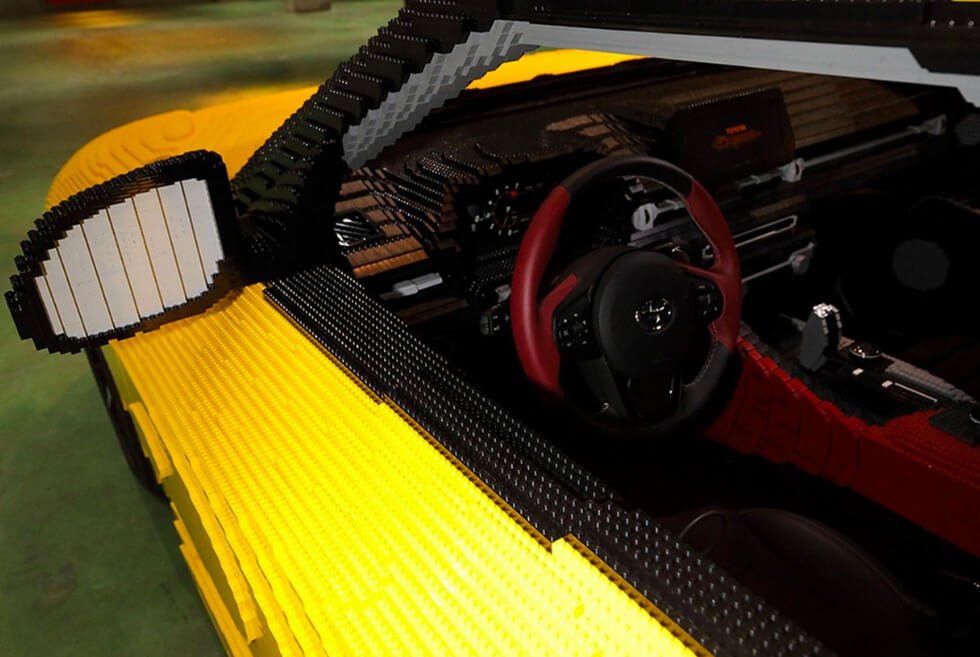 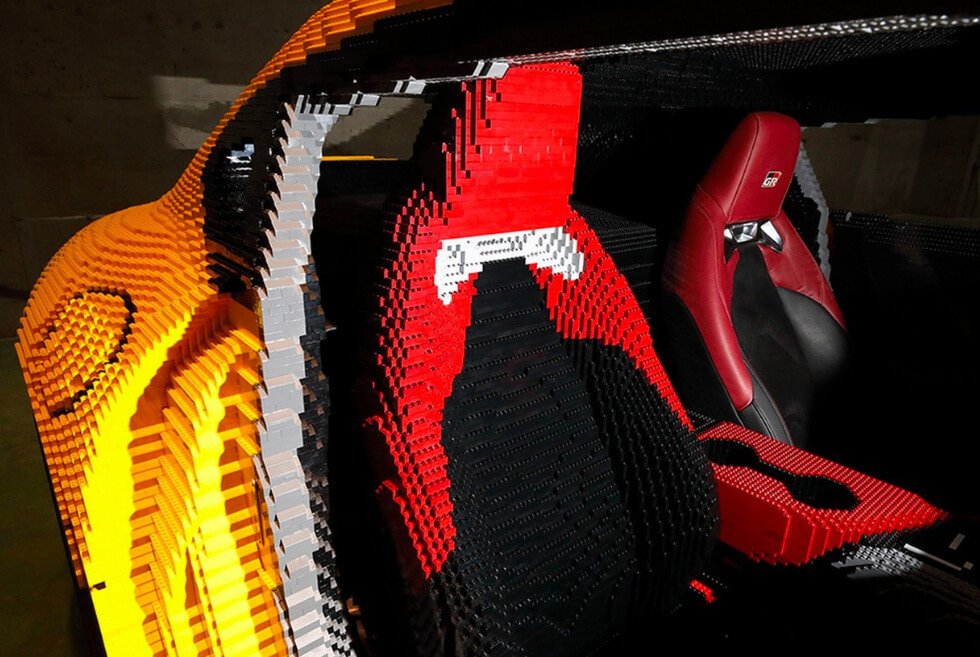 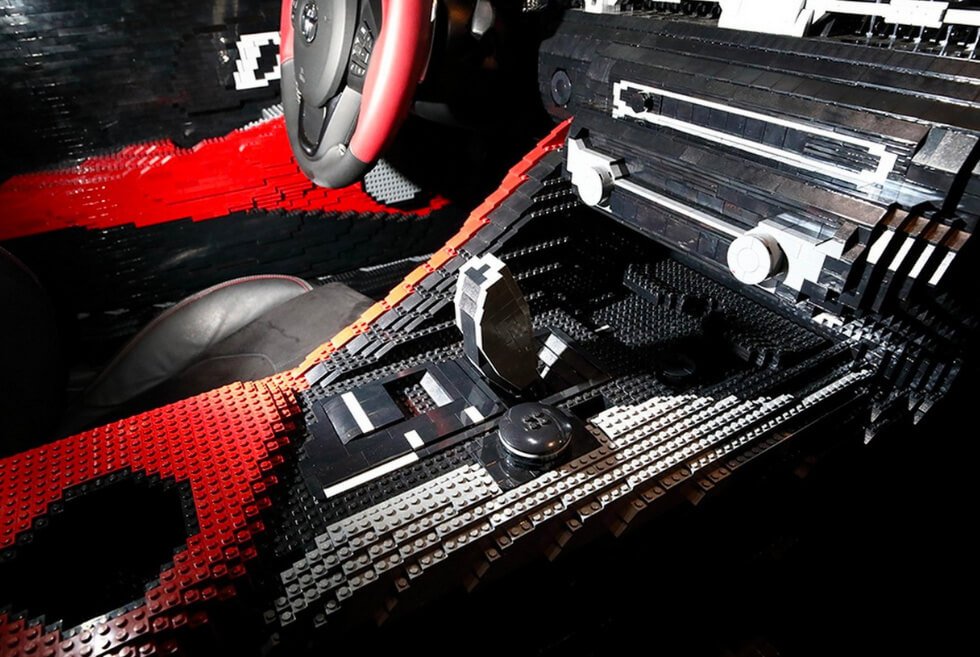 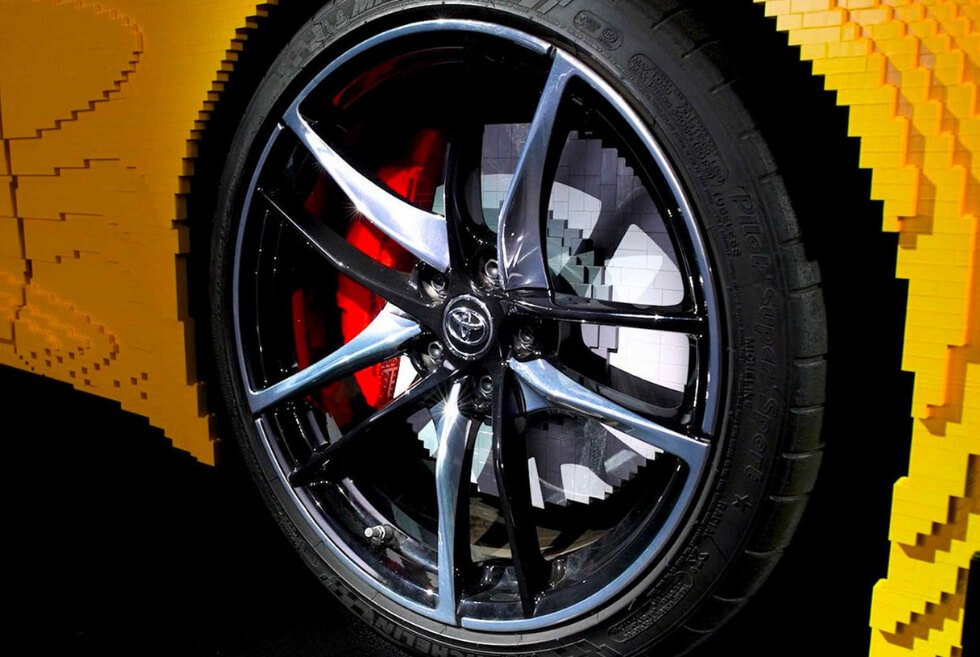 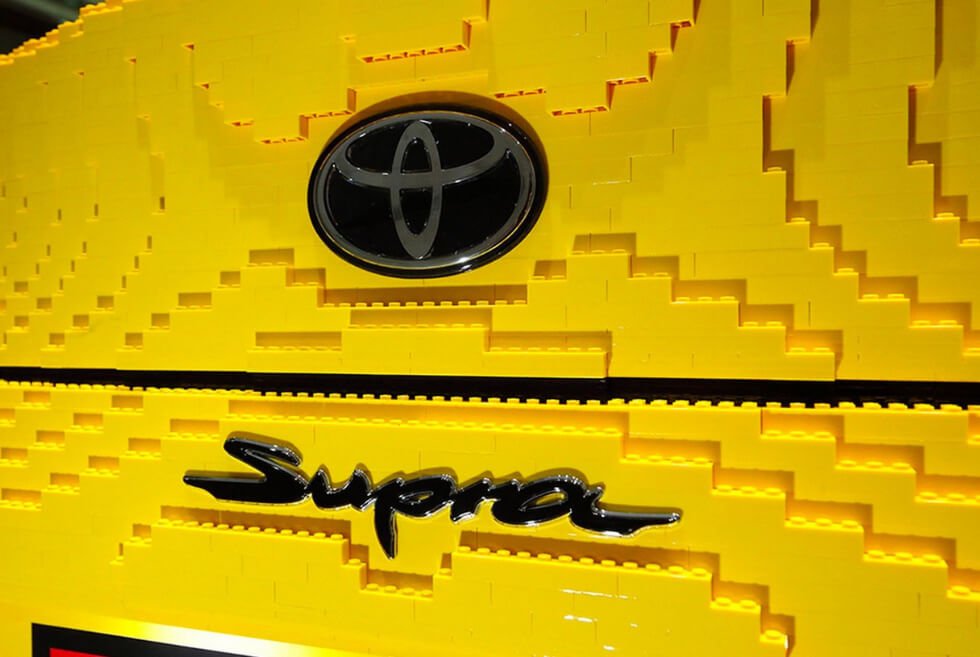 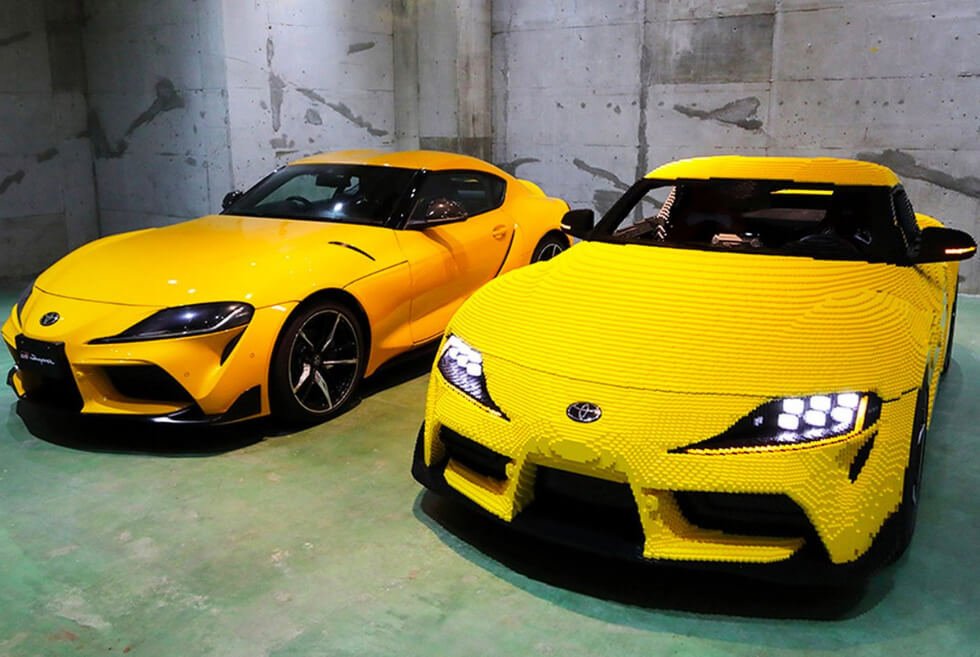