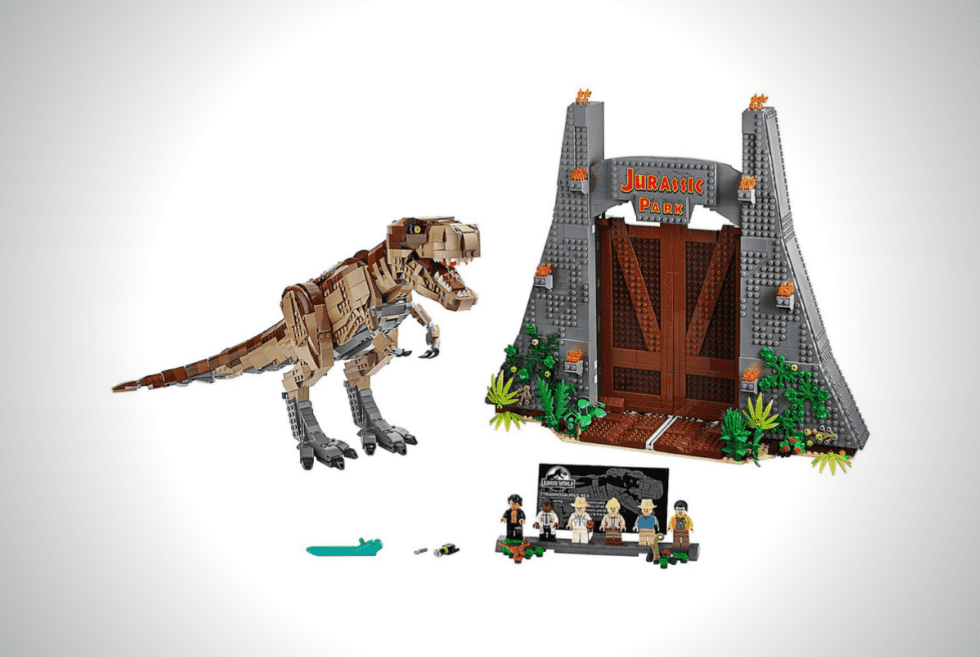 LEGO is certainly on a roll this year as it pumps out new and exciting playsets for consumers of all ages. One of is upcoming products is the NASA Apollo 11 Lunar Lander Creator set, which is slated to come out on July 20, 2019. Reports can confirm that the American space agency is lending a hand to complete this 1,087-piece beauty. Meanwhile, if you’re looking for something with a pop culture vibe, then the Stranger Things: Upside Deluxe playset is also available now. But why stop there when you can also grab the LEGO Jurassic Park T-Rex Rampage set as well.

For geeks like us, the more bricks that come with a set the better. This is why the 2,287-piece Netflix series-based set is so desirable for LEGO aficionados. However, the movie tie-in playset surpasses the brick count of the former with a staggering 3,120 pieces. Moreover, another aspect that makes it more badass is the opportunity to build a towering Tyrannosaurus Rex figure. We know that the beast is not exactly the protagonist of the film, but you must admit that it is the most popular. Even this plastic scale model looks just as terrifying as the CG version on screen.

Another cool addition to this set is the iconic gates of the dinosaur park’s entrance. From the front, the structure looks deceptively simple, but flip it around to see what on the other side. It houses multiple rooms that are homages to memorable scenes in the film. Moreover, the LEGO Jurassic Park T-Rex Rampage playset includes six minifigures. You have John Hammond, Alan Grant, Ray Arnold, Ellie Sattler, Ian Malcolm, and Dennis Nedry. 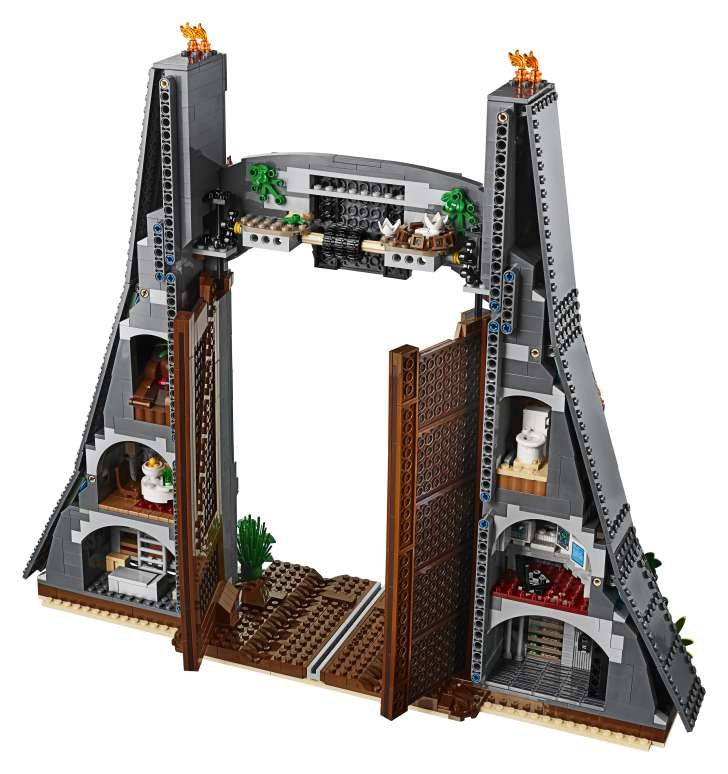 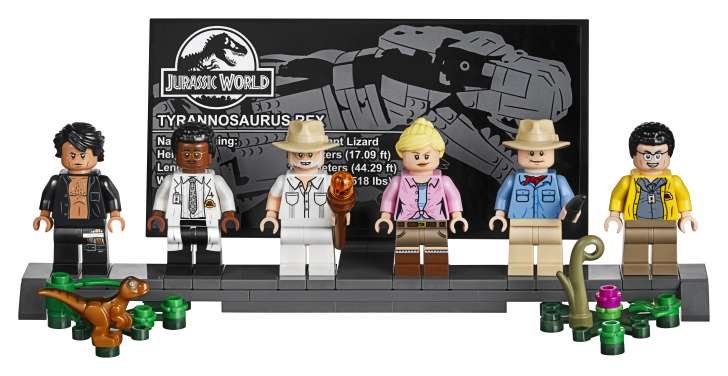 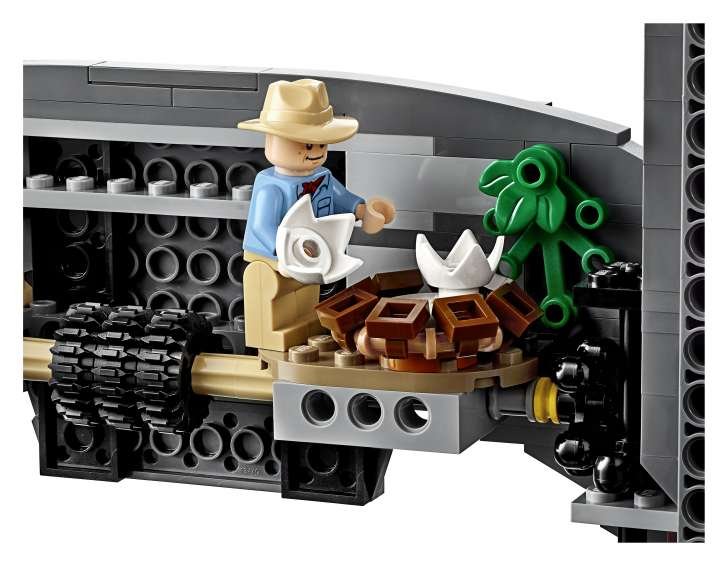