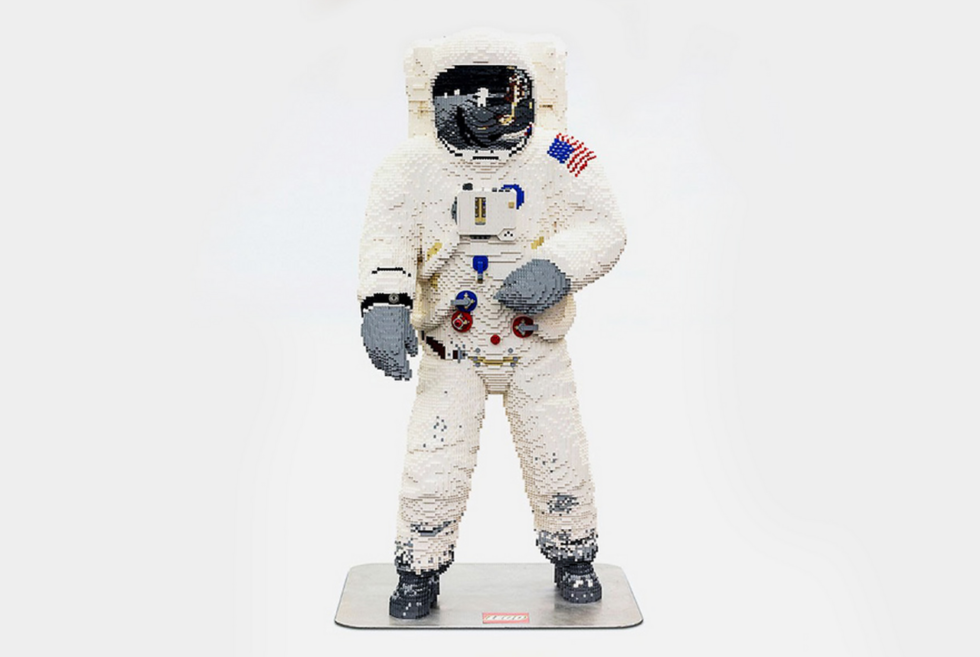 These days, man’s obsession with outer space and exploring the unknown remains as strong as ever. Perhaps what causes this attraction is the possibility of finding clues about other forms of life beyond our planet. Just look at the recent uproar about people signing up online to raid Area 51.

Meanwhile, there’s also NASA celebrating its finest achievement of putting people on the moon. It’s amazing to think that’s it has been 50 years since the memorable event. Even a toy company is paying its respects to this remarkable achievement with the LEGO Apollo 11 Astronaut.

This is apparently a life-size replica of one of the most renowned astronauts of our time. According to reports, this project is inspired by the famous photo taken by Neil Armstrong of Buzz Aldrin. It might just be crafted from plastic toy bricks, but LEGO is taking this endeavor seriously.

We can see the intricate details such as the iconic pose, the spacesuit, and the American flag patch. Moreover, they’re even going beyond expectations by recreating the reflection of the visor, which shows the lunar module and the legend himself taking the photograph.

For those of you who want to see it in person, the LEGO Apollo 11 Astronaut will be on display during NASA’s festival. Now let’s get down to the nitty-gritty about this special tribute to mankind’s giant leap. The statue stands at a towering 6’3” and uses up to 30,000 bricks, which took roughly 300 hours to complete. To get into the spirit of things, you can grab the LEGO NASA Apollo 11 Lunar Lander creator set and build a smaller version to play with.

The Cooking Box lives up to its namesake as it looks exactly like one when not in use, but holds almost everything you need to prepare a meal.

Arhsam Editions crafts the Crystal Relic 004 out of pressurized resin to give it exceptional clarity for you to proudly display.