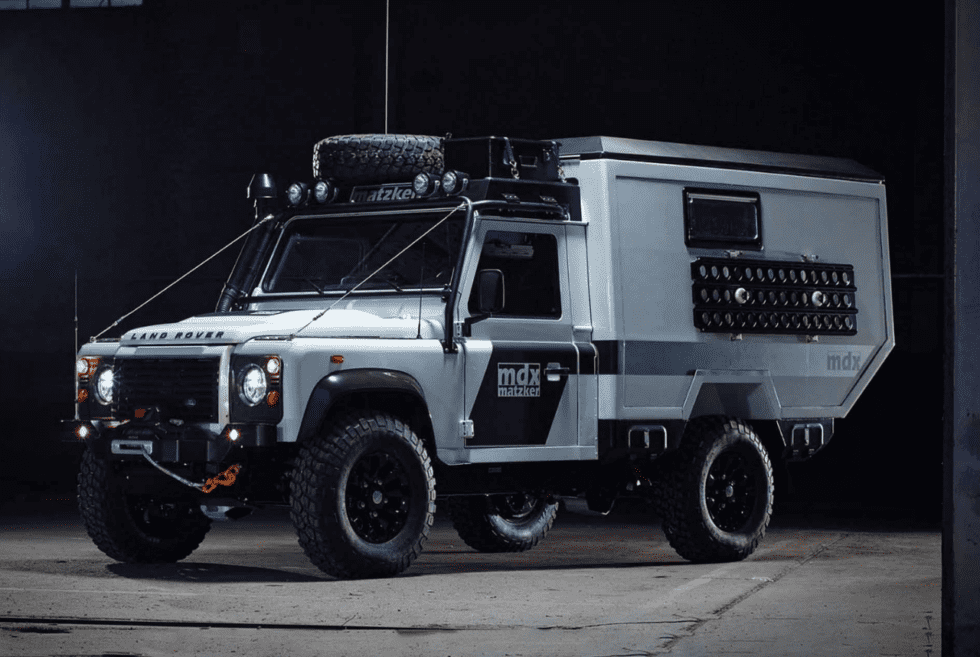 Just when you thought the Land Rover Defender has been customized to death, here comes another one, this time built for your outdoor adventures. Called the MDX-Expeditionsmobil, it’s by German Land Rover dealer Matzker, who took a long-wheelbase Defender and threw in a popup camper. Among other things, of course.

Inside, you’ll find a two-burner stove, sleeping and sitting areas, and even a restroom. Suffice to say that this boasts plenty of creature comforts to aid you in your outdoor sojourns. It’s a smart custom project. You know why? Well, to be sure, the Land Rover Defender is a solid off-roading beast. No one can question that. Unfortunately, they can be a bit cramped and uncomfortable after a while. The MDX-Expeditionsmobil literally fixes that.

This is still at its core a Land Rover Defender, clearly. As such, pumping power underneath is a formidable 2.2-liter td4 engine. That and a front winch on a heavy-duty bumper, and for flair, the folks added a roof rack with LED lighting. A few more touches, like the snorkel intake and overhead spotlights mounted to a roll cage, make this a camper’s heavy duty sidekick.

Sad to say there’s just going to be one Defender MDX-Expeditionsmobil in the world, as this bad boy is a one-off project. Even still, it’s a heck of a custom ride, and certainly one of the most bang-up Land Rover Defender jobs we’ve ever seen here. And you never know — Matzker might make one or two more if this things take off.

As with any build from Hennessey Performance Engineering, the VelociRaptoR 1000 includes a two-year/24,000-mile warranty