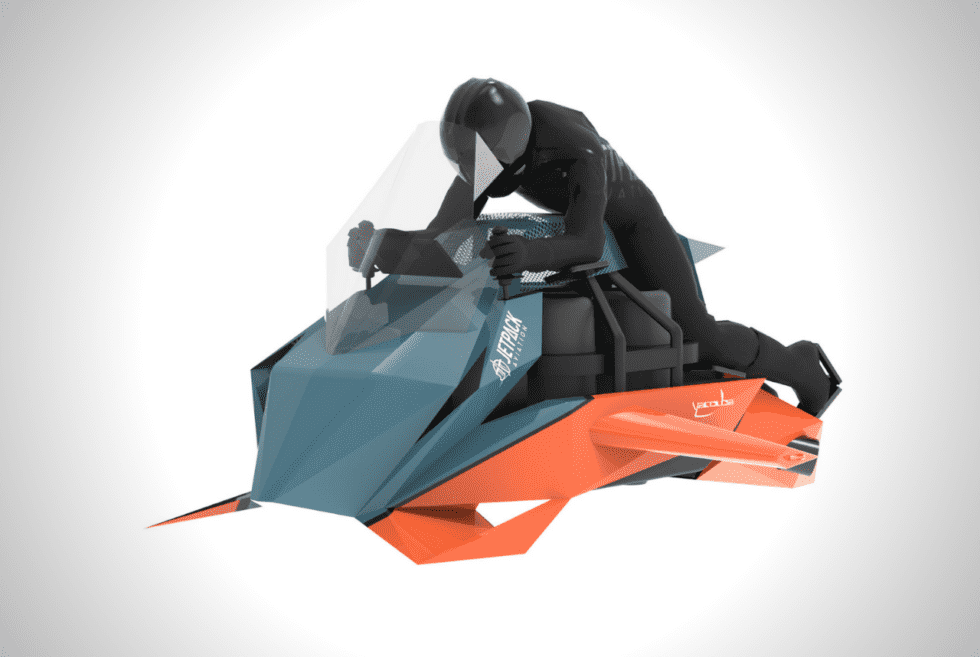 However modern our civilization has gotten, flying cars to this day elude us. The ‘80s made such a racket of them, saying all sorts of fantastic predictions — like flying cars will be a thing in 30 years — that are now no more than lunacy.

Flying motorcycles, on the other hand.

Sure, we can’t have flying cars roaming airspace, but that hasn’t stopped a number of companies, like Jetpack Aviation, from making flighted vehicles a reality. So, here comes the promise of aerial transport — yours for the low, low price of $380,000.

Jetpack Aviation has just started accepting preorders for this flying machine, called the Speeder Flying Motorcycle. If you’re lucky, you could be one of only 20 owners of recreational Speeders JA plans to manufacture.

Each bike boasts four jet turbines with a combined thrust of 750 foot-pounds. We’re talking a total flight time of 20 minutes at up to 150 mph and a maximum altitude of 15,000 feet. You’ll be soaring through the skies like a protagonist in a post-steampunk graphic novel.

With great power comes great navigation. We got the quote wrong? All right. Well, anyway — this thing has a 360-degree auto guidance system, to boot. So, it’s not just powerful, it’s also smart in terms of avoiding collisions, even at higher speeds.

Not everyone has $380,000 to spare, obviously, so don’t expect Speeder Flying Motorcycles to populate skies anytime soon. For what it’s worth, the concept is intriguing, the design even more so. If this is the future, we’re here to welcome it with open arms. Not sure about our pockets, though.

After a checkered history of hardware releases, Valve might finally have a winner on its hands with the Steam Deck handheld gaming platform