The way things are right now, it appears every other automotive company is out to get back at Tesla. Elon Musk’s ambitious project shook up the industry when his machines proved that electric vehicles could compete against those with combustion engines. As more leading carmakers welcome electrification, Jeep gives us a preview of its Wrangler Magneto concept.

Aside from its all-electric powertrain, the SUV touts other fascinating features that will surely please fans. With Jeep now showing interest, Tesla will be facing another competitor vying for a slice of the lucrative EV market. The Wrangler Magneto concept, on the other hand, will be a hit among overlanding enthusiasts.

So far, we have marques such as Porsche, Volkswagen, Lucid Motors, and Ford gunning for the top dog. In fact, the Mustang Mach-E from the Blue Oval has been taking a huge chunk out of Tesla’s sales. Jeep, on the other hand, appears to be catering to those who love off-road activities.

From a visual standpoint, it does look like your typical rugged Wrangler. Even with its electric blue accents, the Wrangler Magneto concept seems like a custom build. Out goes the 285-horsepower 3.6-liter V6 engine with 273 lb-ft of torque.

In its place is an electric drivetrain capable of the same output with a slight drop in torque at 260 lb-ft but maxes out at 6,600 rpm. Similar to what Ford did a few years back with an all-electric Mustang, Jeep gives the Wrangler Magneto concept six-speed manual transmission.

According to the manufacturer, it can complete a 0-60 mph dash in 6.8 seconds. All of its sensitive electronics are in waterproof enclosures so it can ford up to 30-inch of water. We hope Jeep eventually decides to mass-produce the Wrangler Magneto concept soon. 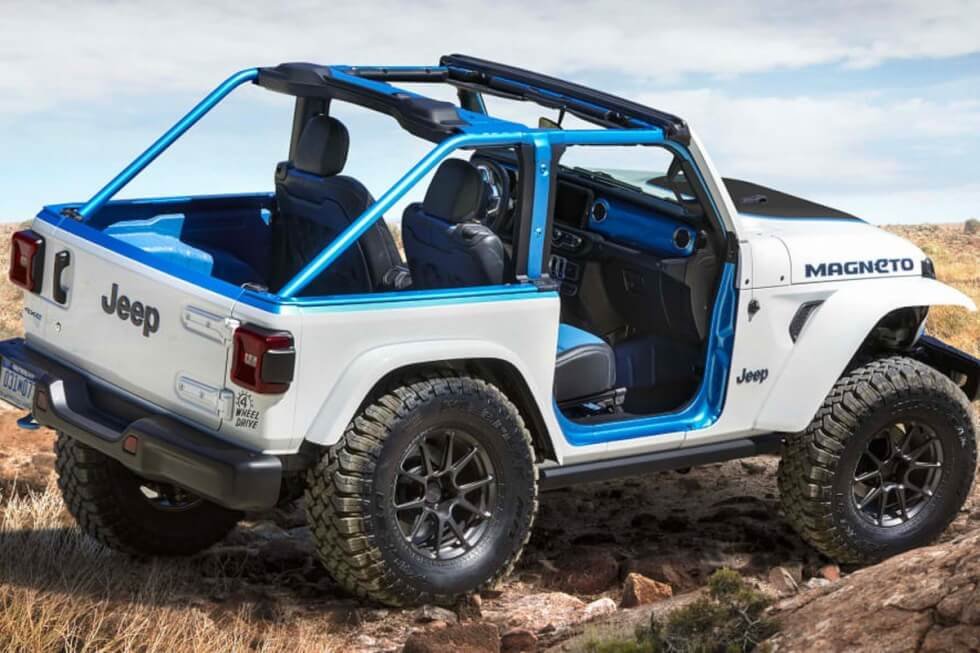 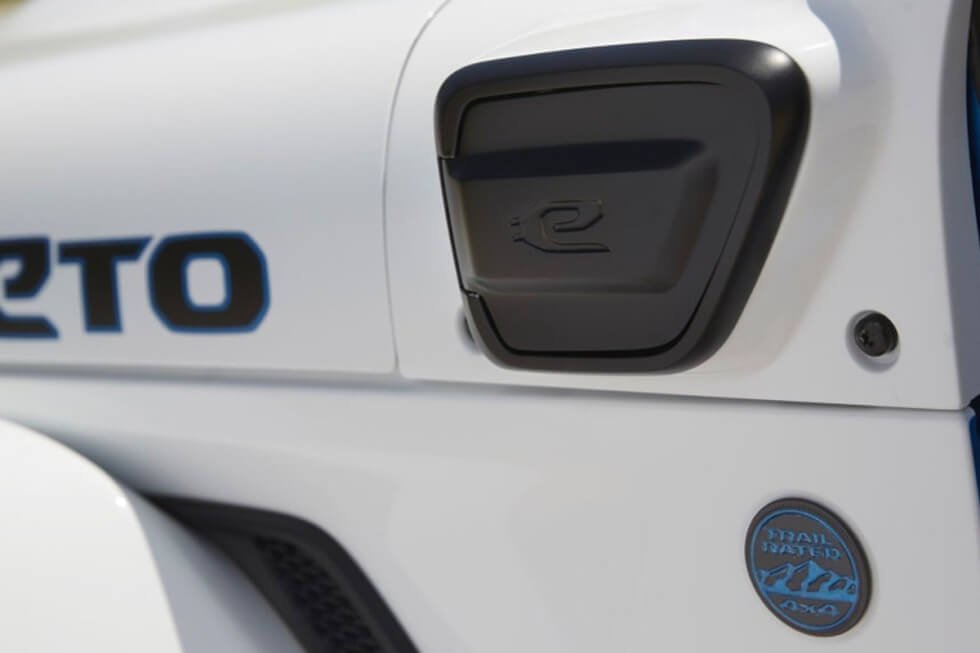 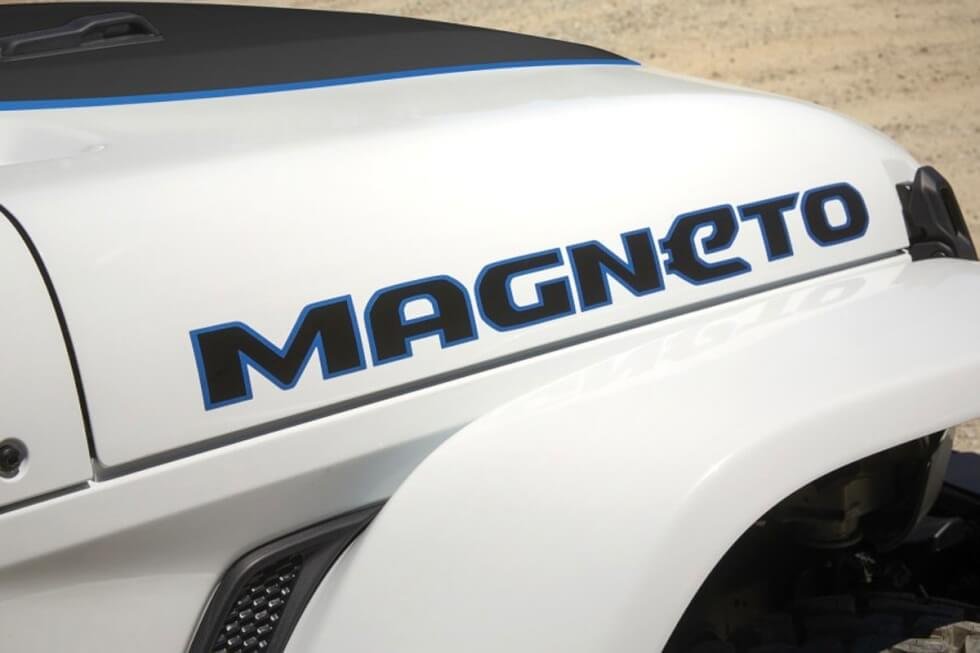 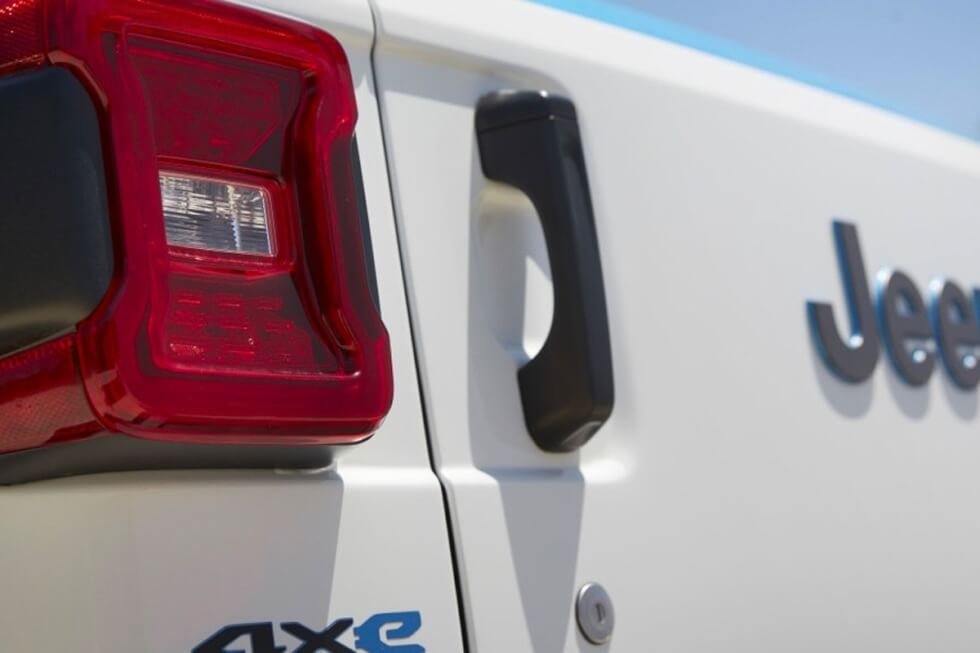 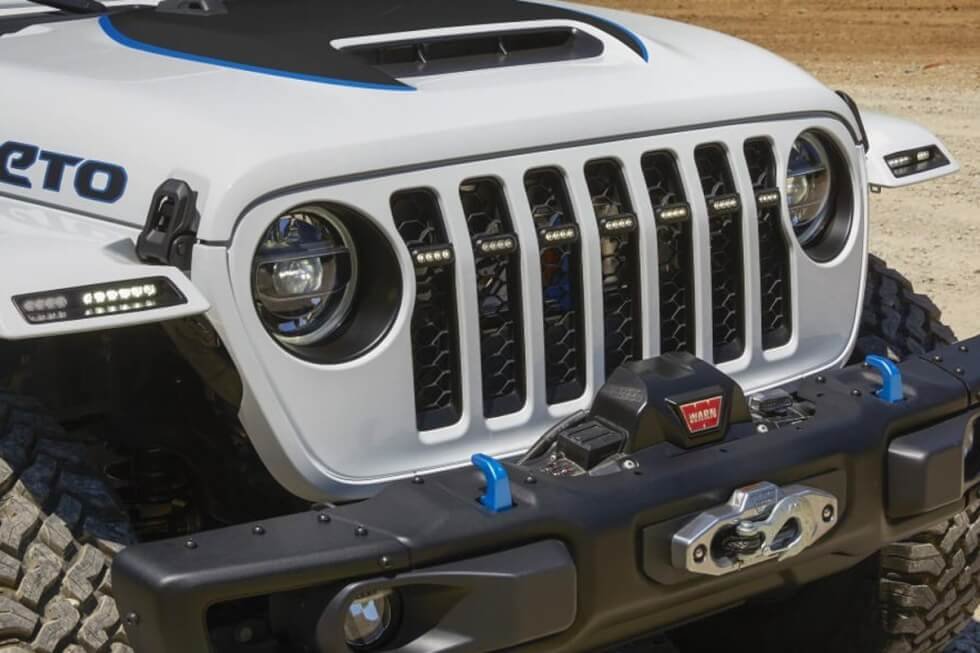