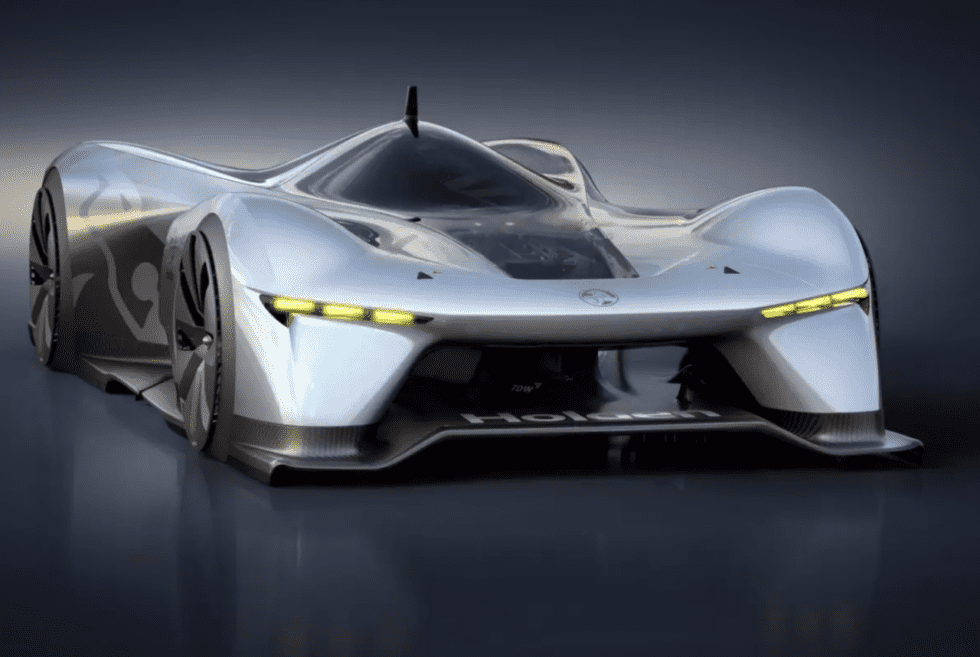 Holden ventures forth into the future with its latest concept car, called the Time Attack. The ride boasts a powertrain consisting of four 250kW Axial Flux Permanent Magnet Electric Motor Drives. That gives it a simulated top speed of 480kmph and an acceleration of zero to 100 in just 1.25 seconds.

Holden envisions the Time Attack as a single-lap tearaway, pitted against the clock unlike its endurance cars. It was developed using a smattering of technologies, including simulation spearheaded by the clever people inside GM Holden’s Melbourne Design Studio. They were able to simulate not only how the car moves, but also how it looks.

“We have the ability to simulate a car’s appearance, technology and dynamics in convincing animations, which enables us to deliver better designs in a shorter time. This concept is a digital advertisement for the advanced skills, capability and technology of the GM Holden team,” says GM Holden Design Director Richard Ferlazzo.

Concept cars aren’t new to Holden. They’ve been doing this since the Hurricane concept of 1969. And each concept since then has been as impressive as the last, if not more. It used to be that traditional motor shows were the perfect place where these cars could make their debut. However, as things have changed, so has Holden’s approach to developing cars. With motor shows in Australia slowly coming to a halt, Holden had to turn to virtual technology to serve up its latest ideas.

As such, the final design you see above was developed using a digitally-printed 3D model. Holden might not have the luxury of showing off at Australian motor shows anymore. But at least it can still make these concepts using high-end tech.

The Three Best Investments For Your First Car

Although the engine type and model is a mystery, the PEGASUS should have 800 horsepower ready for whatever you throw at it.

Martin Solar of Rusty Pistons Garage fame is testing his skills on his workshop's first cafe racer with a Harley-Davidson Sportster and the result is impressive.

No matter what car you drive it's important to stick to the speed limits. Follow all the rules of the road, be considerate to other drivers and pedestrians, and drive as safely as possible.

The Hyper Cyber is actually one of the many entries for the Rimac 2080 Design Challenge which will certainly see even more awesome concepts.