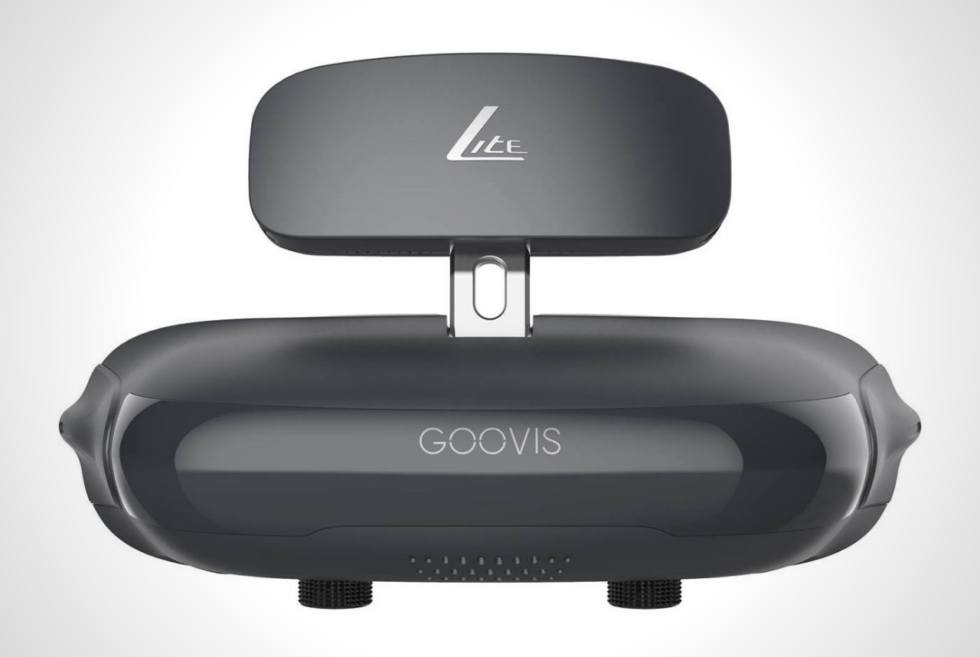 At last year’s Consumer Electronics Show, Sony, Samsung, and LG were competing in the entertainment segment with huge TVs. We saw models that took up an entire wall, rollable panels, and so much more. As modern cameras support higher quality photography and recording, manufacturers are now eager to deliver high-resolution displays at even bigger sizes. Obviously, these would cost an arm and a leg, which is why you should consider alternatives like the GOOVIS LITE.

It might look like your average VR headset, but the GOOVIS LITE is a dedicated for to emulate a large format display. According to its crowdfunding page, it can reproduce a cinema-grade experience with a screen as big as 600 inches. This means users can watch movies, enjoy immersive 3D effects, and play video games. Now, you have access to a giant screen anytime and anywhere you want.

The headset using two 0.49-inch 1920 x 1080-resolution micro-OLEDs that combine for a total display PPI of about 4,523. Magnifying the output is a 7 aspherical lens system with a 42-degree field of view. Evidently, as indicated by its name – GOOVIS LITE – this is a step down from the Pro version. Nevertheless, it is also much more affordable this time around.

The range-topping model originally costs as high as $890. The GOOVIS LITE, on the other hand, should retail for around $349 only. If you have been using other platforms such as the Oculus and other VR headsets, the stationary image might be jarring at first. However, you’ll get used to it after a while. GOOVIS is shipping these out soon once the crowdfunding campaign ends.

The Paradise Is A Plant Cultivator And Compost Bin In One

The Paradise comprises modular bins that serve as planters, a water reservoir, and a compost bin. It uses artificial light and smart systems to keep track of plants' health and compost bin status.