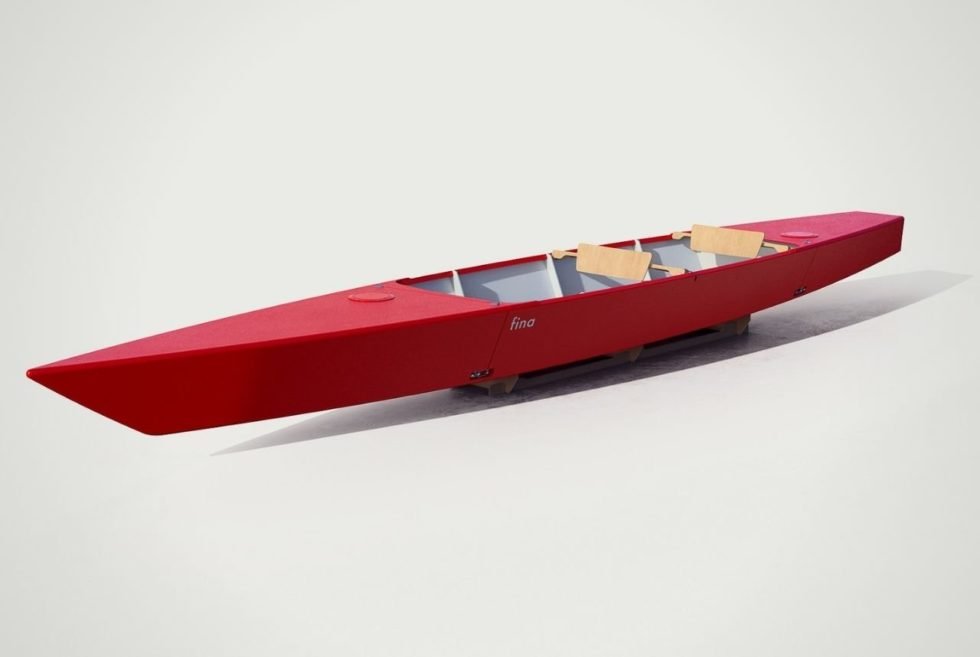 Forget hauling large and heavy kayaks for a bit of outdoor adventure. If you’re looking to spend some quiet time enjoying the view of the same and lake, then the Fina Foldable Kayak lets you do so minus the bulk and heft.

This foldable kayak seats two people and meant to sail lakes, rivers, or canals. Designer Cristina Borràs pictured and made a prototype after a visit to her sister in Venice, Italy. She had wished to own a kayak to sale the canals but the problem was the lack of storage area to put it after use

Hence, the birth of the Fina Foldable Kayak, made from plywood and designed to be stored in half its size. To do this, Christina divided the watercraft into three different sections through two five-degree transversal cuts. This resulted in the prow and stern to collapse in the middle to their maximum length without interfering with each other.

Suffice to say, this watercraft employs an origami-like folding system for the perfect storage size from five meters long down to two meters. Four hatch fasteners strategically placed to secure the prow and stern in place for sailing. Meanwhile, two ports give access to a storage space as well as give access to remove any excess water or moisture that could pile over time in the two enclosed sections

The Fina Foldable Kayak is as functional as it is compact and gorgeous. It is a concept at this point but its one watercraft that definitely needs a place in the market. 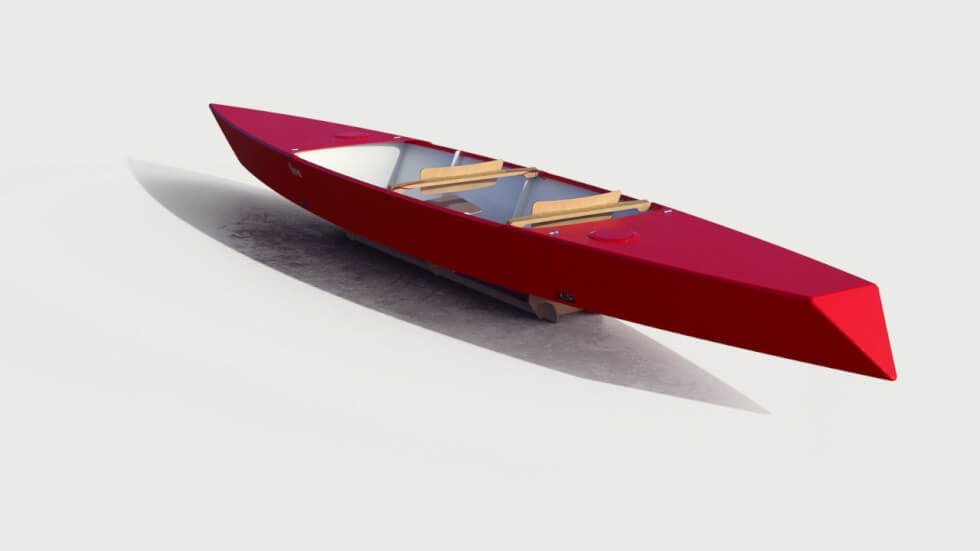 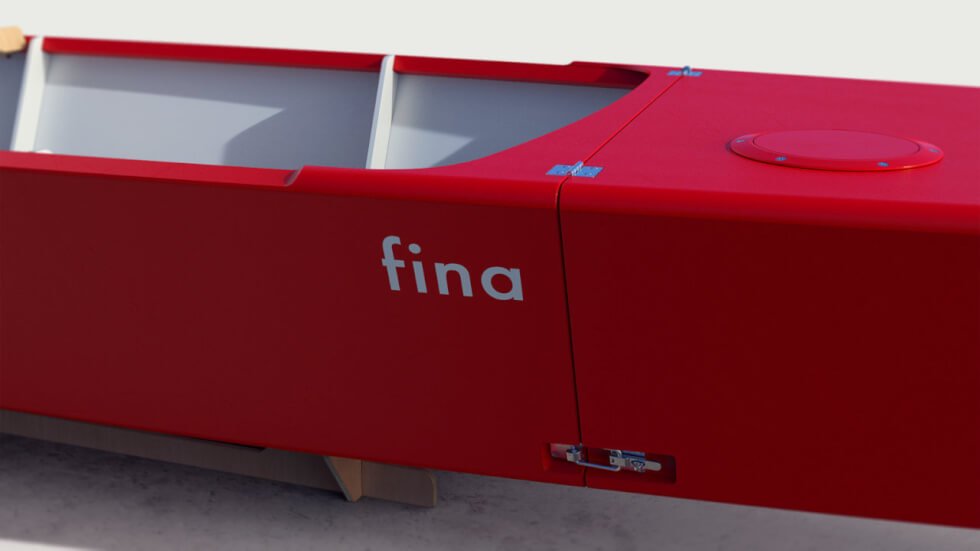 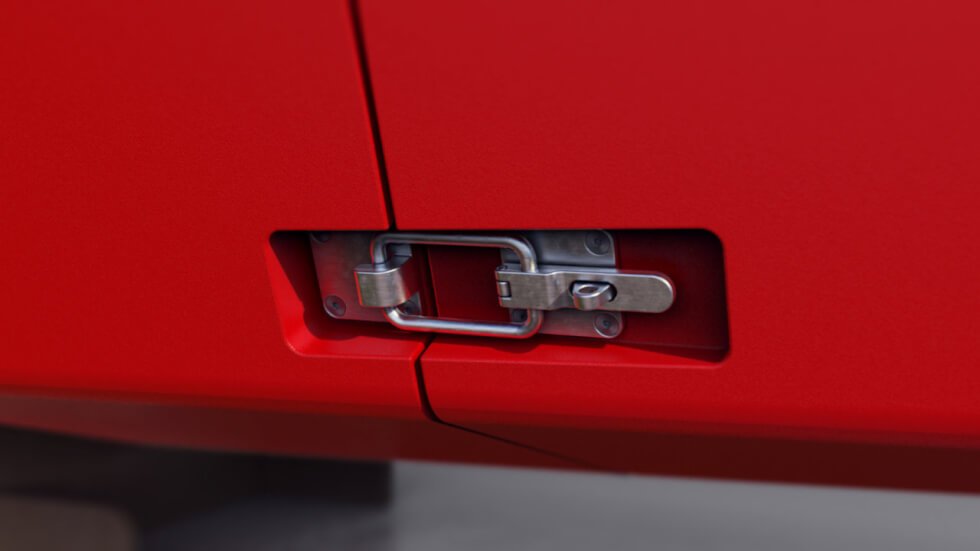 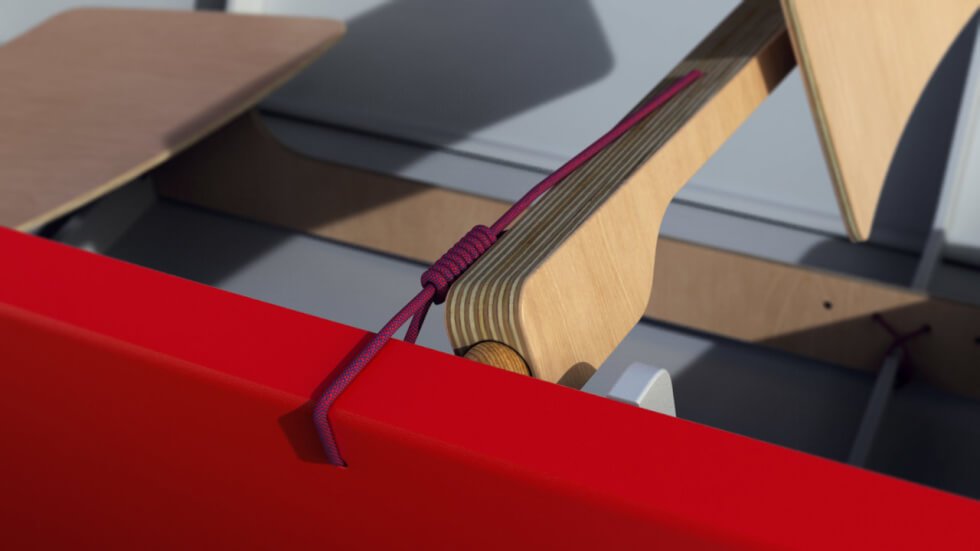 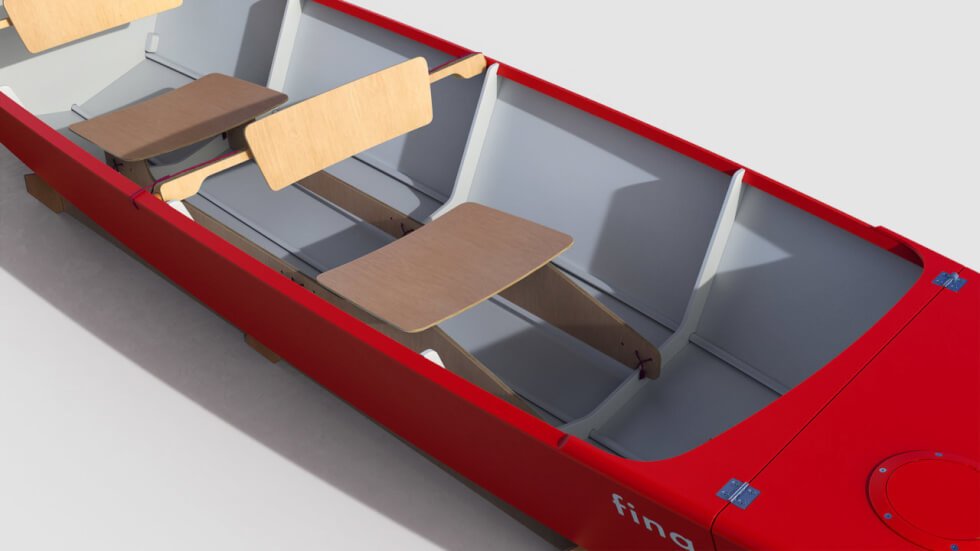 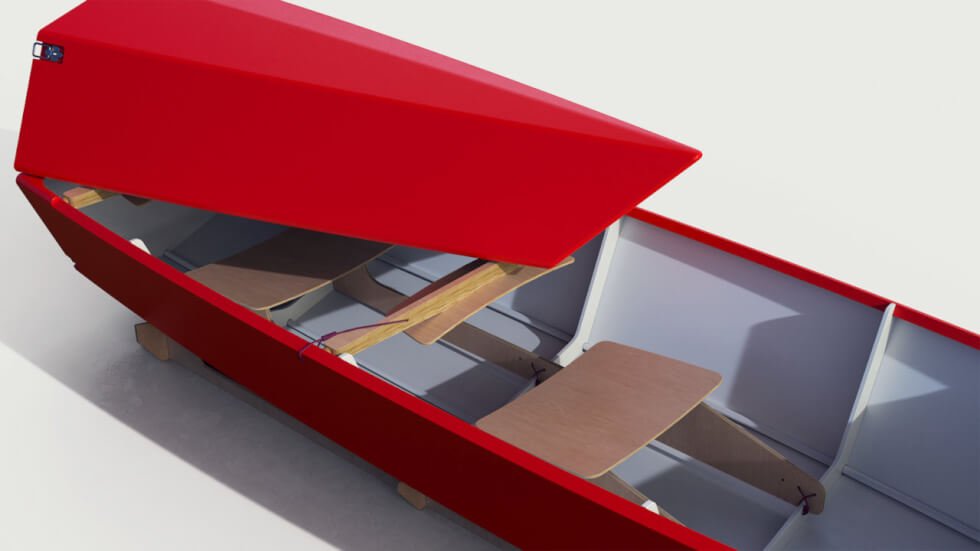 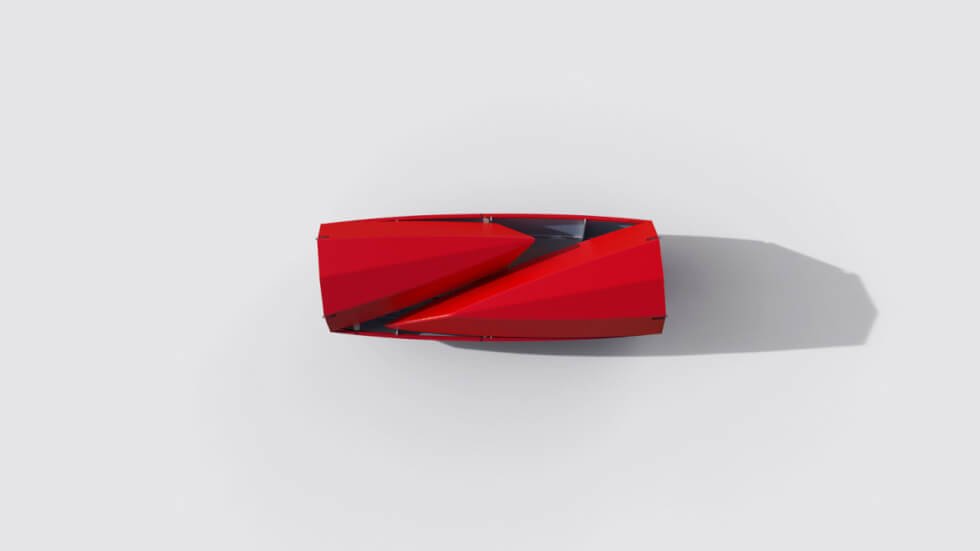 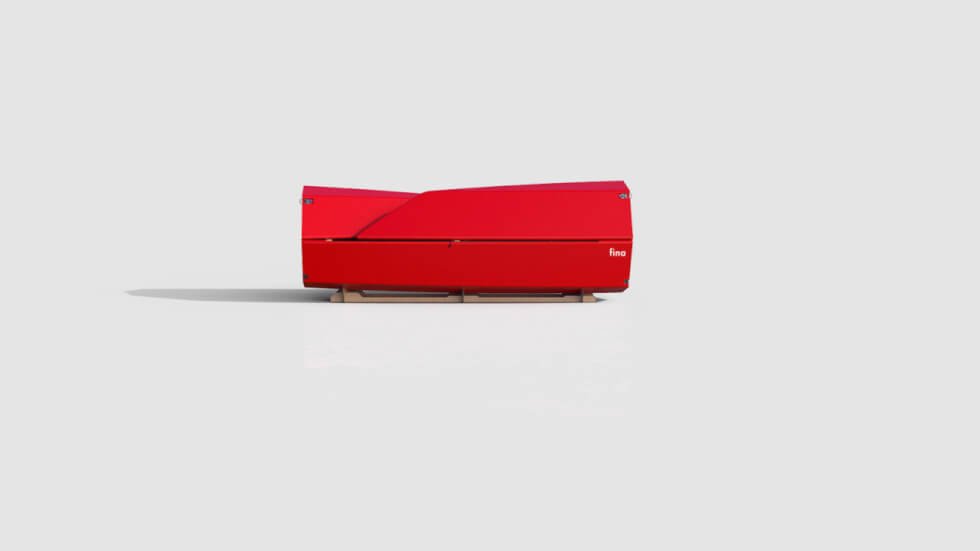 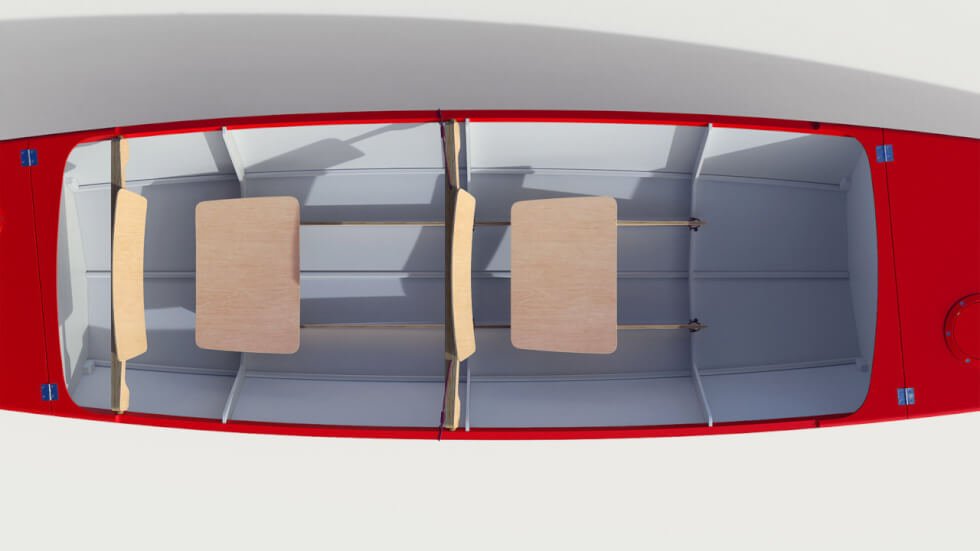 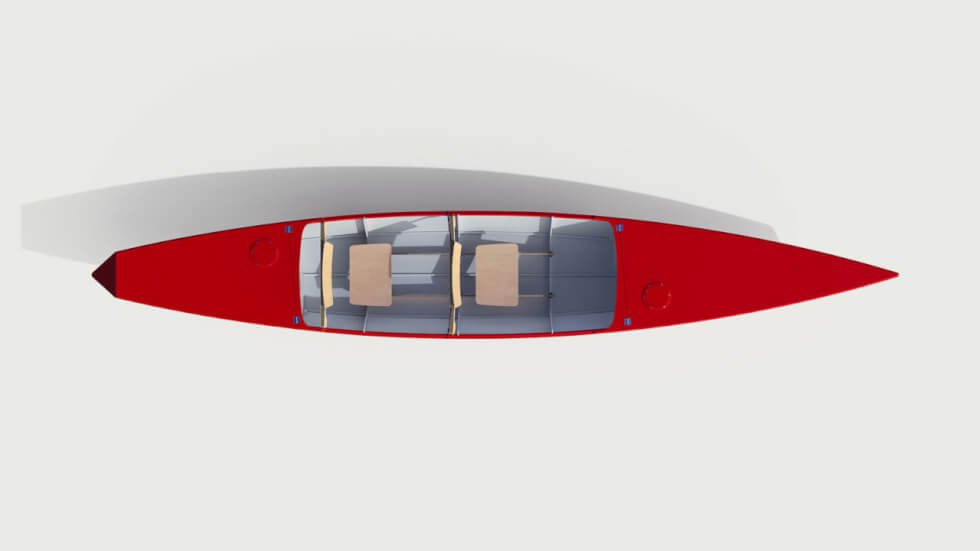 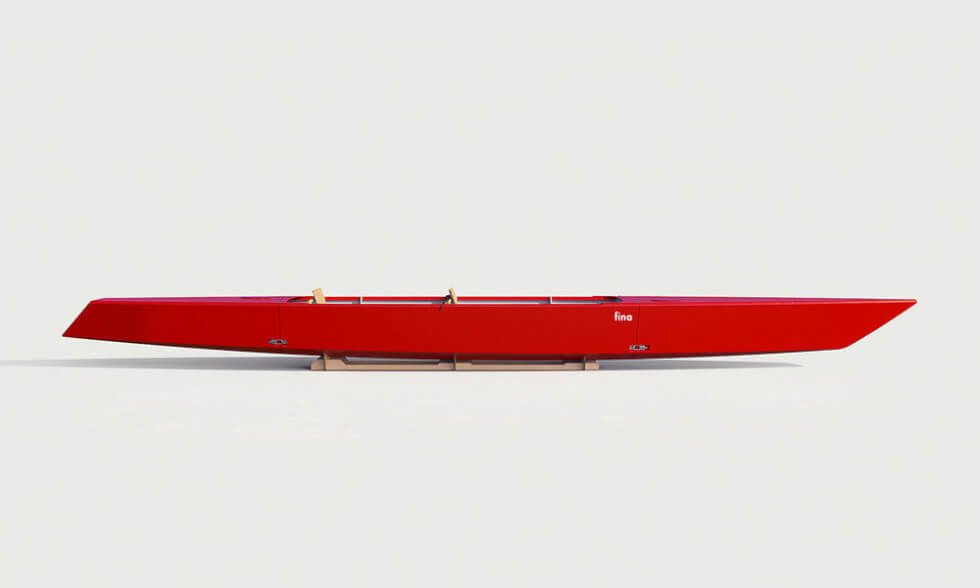