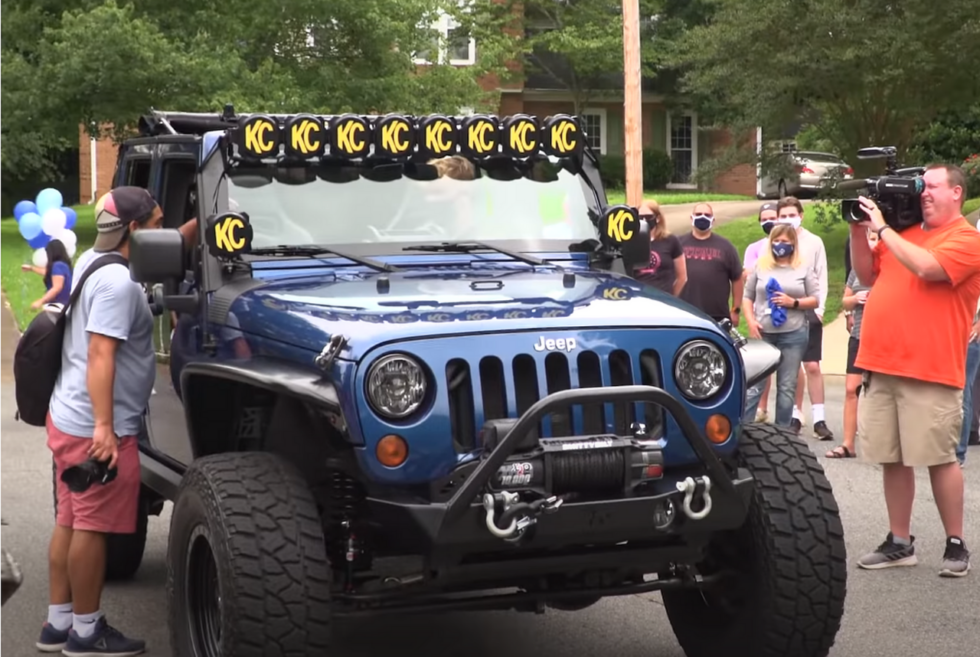 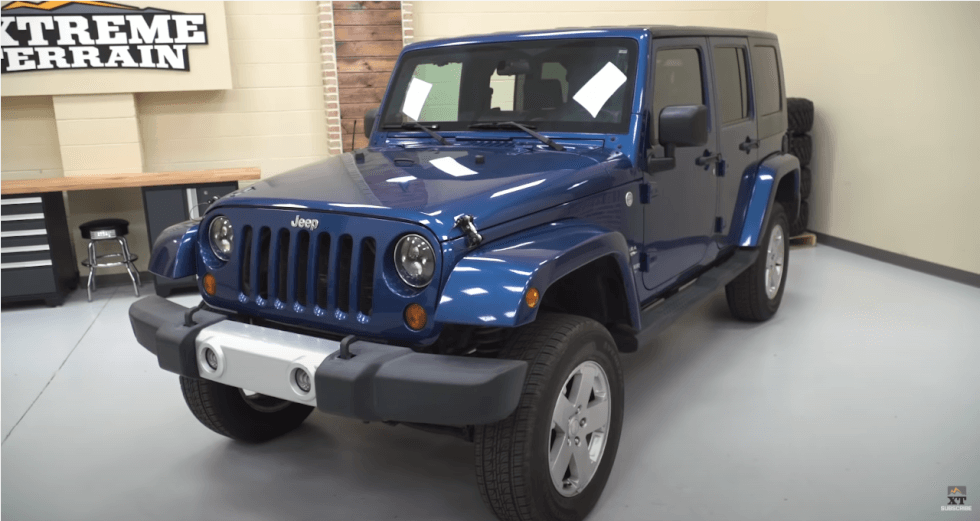 Customizing your ride can either be an arduous undertaking that will take time and perseverance to complete. Thankfully, some people are enjoying their time in the garage while tweaking their transport. It’s a form of relaxation that can give someone a good feeling once everything comes together. However, there are those who might need some help to get things going. This is exactly what Turn5 — through ExtremeTerrain (XT) – did when it partnered with the North Carolina chapter of Make-A-Wish Foundation, to give a local teenager something totally unexpected.

The lucky owner of this amazing build is Drew, who basically loves most of the stuff guys his age does (music, hanging out with his buddies, and more). Moreover, he has an appetite for off-road adventures, which is why this project focuses on enhancements to turn his 2010 Jeep Wrangler JK into an intimidating beast. The SUV already had some minor mods done, but there is still room for improvement according to experts from the shop. 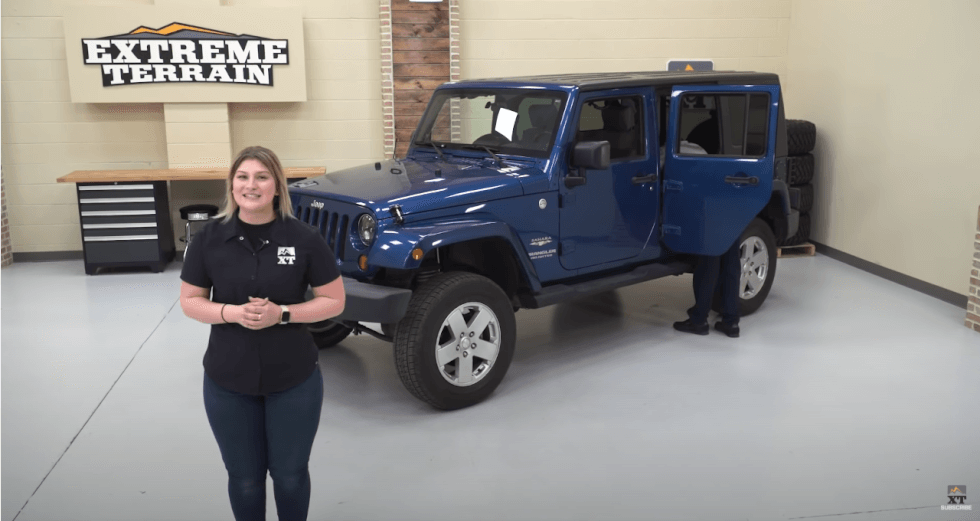 Before anything else, the machine had to undergo a quick checkup to see what ExtremeTerrain has to deal with. So far, resident master overhauler Joe claims that for a 2010 model, this particular Jeep Wrangler JK was in great condition. Nevertheless, the team wanted to give the powertrain a thorough inspection. This ensures that any potential issues do not rear their ugly heads down the line.

Before any work could begin, the COVID-19 pandemic threw another wrench into the mix. Still, it continued with incredible support from all the folks involved. Aside from the Make-A-Wish Foundation, several major brands donated awesome add-ons that we’re going to detail later on. With XT’s huge catalog of aftermarket parts for several popular vehicles, this quickly turned into an exciting journey from start to finish. 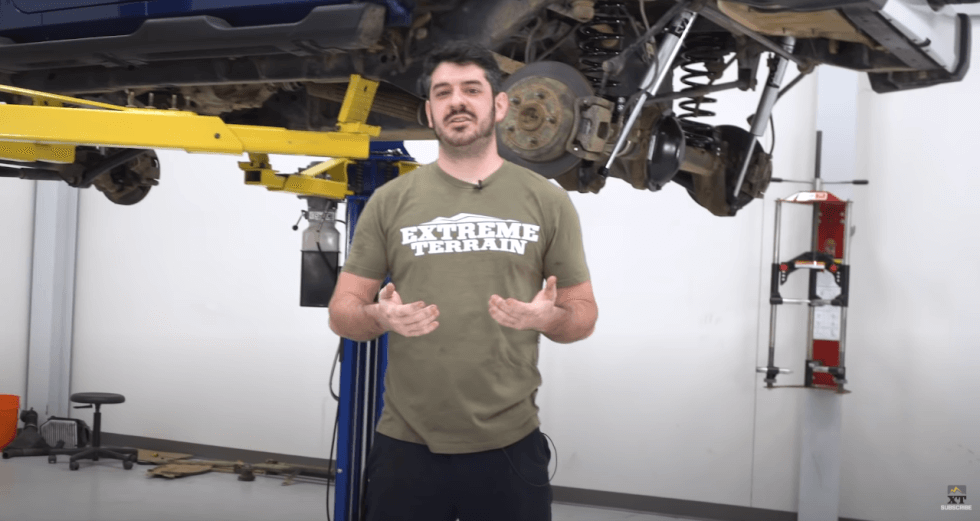 As noted above, thanks to the passionate folks form the Make-A-Wish Foundation of North Carolina and ExtremeTerrain this 2010 Jeep Wrangler JK is getting a remarkable makeover. With Joe on the helm sinking an outstanding amount of man-hours into the task at hand, the results were certainly jaw-dropping. While it was indicated that Drew wanted a configuration for off-road conditions, the SUV still served as his daily commute. Therefore, the plan was to deliver a fun-yet-functional build 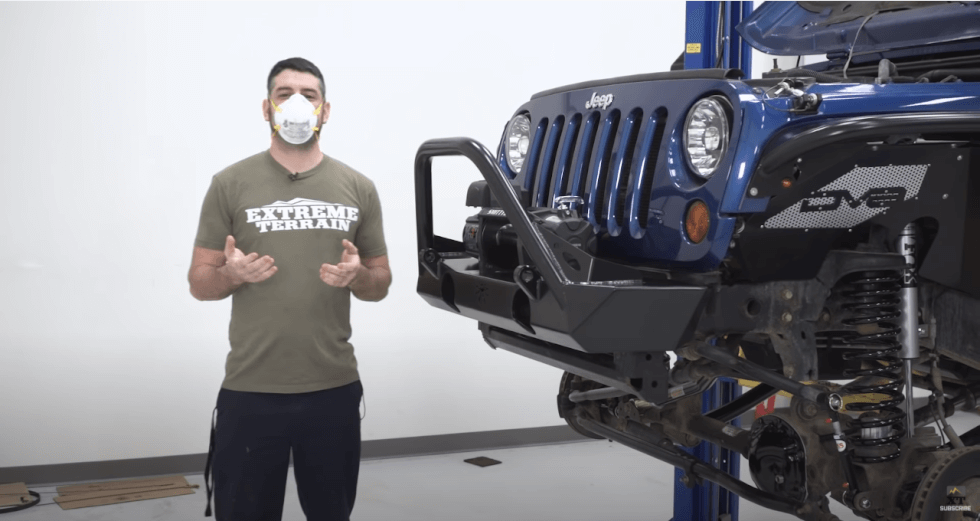 After checking every nook and cranny of the machine, XT was ready to begin. Given the owner’s love for unpaved pathways, ground clearance was on top of the list. The JKS JSPEC 3.50-inch suspension lift kit and additional FOX shocks should work nicely. What follows is a Flowmaster American Thunder Cat back exhaust system to maximize the new ride height.

The years have not been kind to some of it’s the Wrangler JK’s components. As the mileage grew, so did the damage to most of its gaskets. Replacements were in order which includes the ones from the oil pan, intake manifold, and transmission. Other items that went into this part of the build include new control arms, a rear crankshaft seal, and a Rugged Ridge front driveshaft. 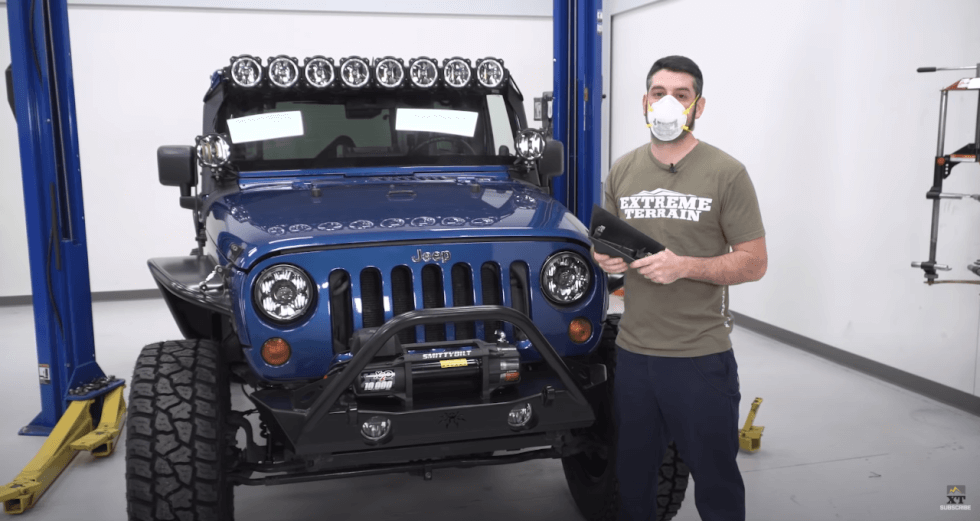 Now that the underside has been taken care of, work moved on to the upper section of the SUV. To give it slightly more menacing aesthetic as well as robust protection from all angle, XT prepared a comprehensive package. We’re seeing front/rear bumpers and fender flares from Poison Spyder. Meanwhile, the aluminum inner fender liners are provided by DV8.

Next up, is the Smittybilt Gen2 X20 winch with synthetic rope and wireless control. It can support up to 10,000 lbs and is a reliable tool when in a pinch. Then there’s a pair of Addictive Desert Designs Stealth Fighter step bars. All of these are prominently in black with some silver elements. These match well with the new set of Fuel Wheels Trophy matte black with anthracite ring wheels. These are then wrapped with Mickey Thompson Baja ATZ P3 all-terrain rubber.

Rounding out the exterior features are changes by XT for low-light visibility and safety. KC HiLiTES was gracious enough to donate multiple LED lighting systems to enhance the build. This replaces the stock headlights, adds a pair of fog lamps, and a roof-mounted light bar. As for the rear section, Axial ruby-red LED tail lights have been installed. Completing it are LED back-up lights and amber LED marker lamps from Poison Spyder. 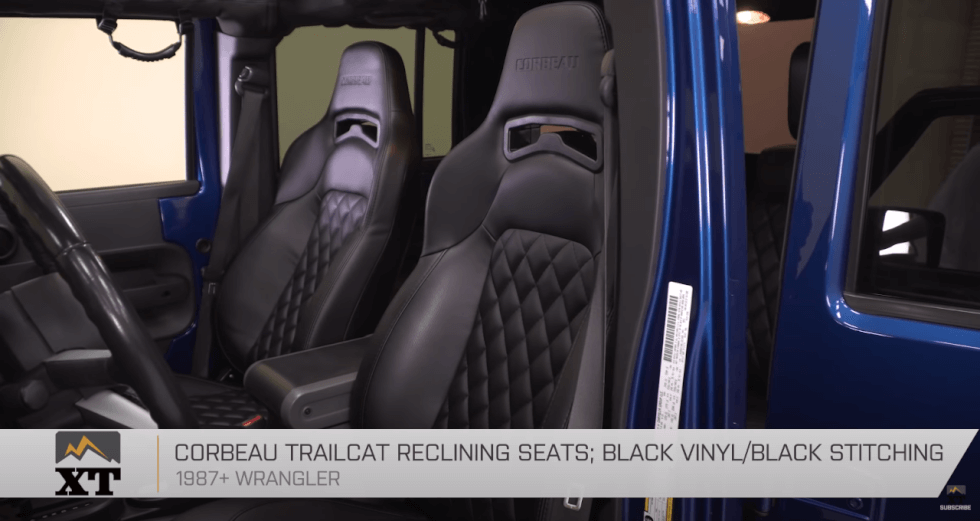 It’s clear that ExtremeTerrain knows exactly what they’re doing. So far, most of the action we’ve been talking about was on the outside. Hence, it’s time to peek inside the cozy cabin of this bespoke Jeep Wrangler JK. The stock front driver and passenger seating have been swapped out for a pair of Corbeau Trailcat seats, with the rear seats reupholstered to match the black vinyl material and stitching of the former.

Remembering Drew’s love for music, the team is equipping his modified SUV with a JL Audio speaker, subwoofer, and amplifier kit. These are all hooked up to a 7-inch Alpine in-dash head unit with a full suite of entertainment-ready functions. This all-in-one infotainment setup goes beyond with the inclusion of Rugged Ridge LED courtesy lights that can even match the beat of the music. 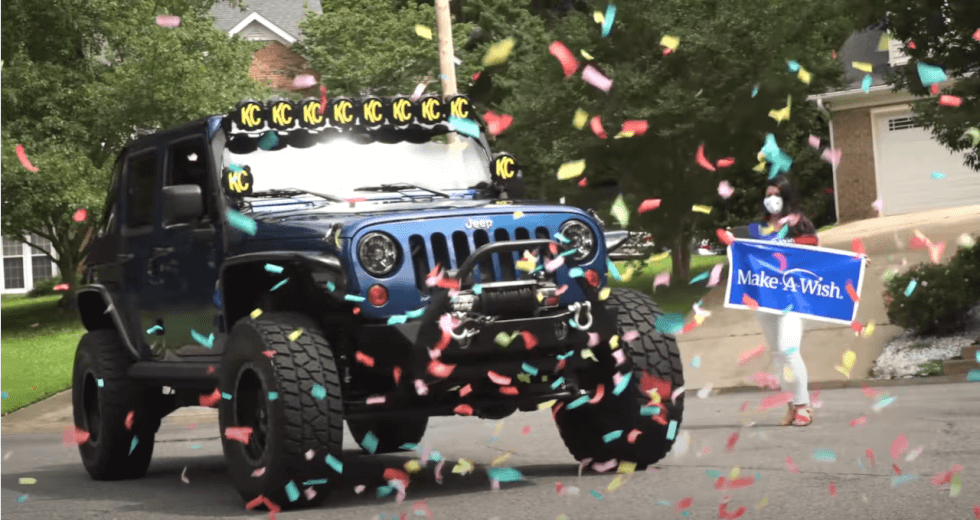