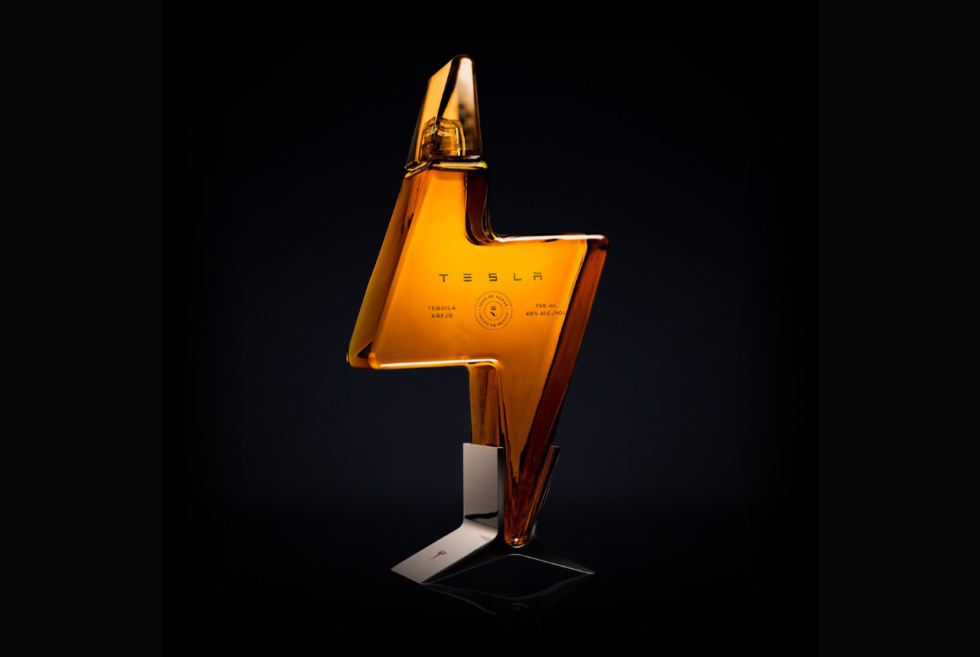 We are big fans of Elon Musk and love how he finds the best opportunity to inject humor even in situations where it seems too serious. Despite his occasional bold claims, the SpaceX CEO always rises up to back it up which is why he deserves respect. To our surprise, a past April Fools’ joke has now come full circle in the most awesome way possible. It looks like our boy is expanding his reach into fine spirits as he introduces the Tesla Tequila.

The story goes that he originally wanted to trademark it as the Teslaquila, but some issues with the patent made it impossible. Nonetheless, Tesla Tequila rolls off the tongue more smoothly just like how the amber liquid will flow down our throats. It appears shortly after the item was up for sale, all stocks sold out in under an hour.

Perhaps it’s the highly collectible nature of this release which is why it did not take long for everybody else to snap it up. With one of these $250 bad boys in your home, you can finally claim that you own a Tesla. Just don’t tell them it’s tequila. What immediately catches your attention is hand-blown glass bottle.

The Tesla Tequila container deserves notice thanks to its unique silhouette. Its lightning bolt form factor might not stand on its own, but it does come with a fancy metal stand. Of course, the company emblem is visible to remind anyone of the story behind it. The contents are distilled by the fine folks at Nosotros Tequila and aged in French oak barrels. As for the taste, those with refined palates describe it as “dry fruit and light vanilla nose with a balanced cinnamon pepper finish.”

learn more about it: here 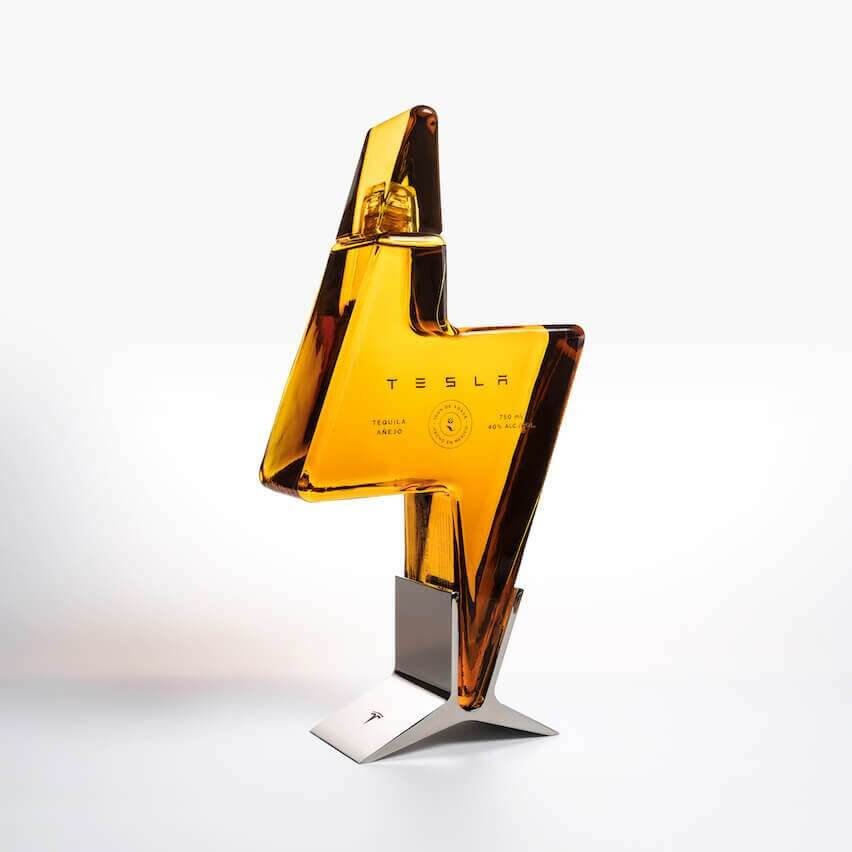 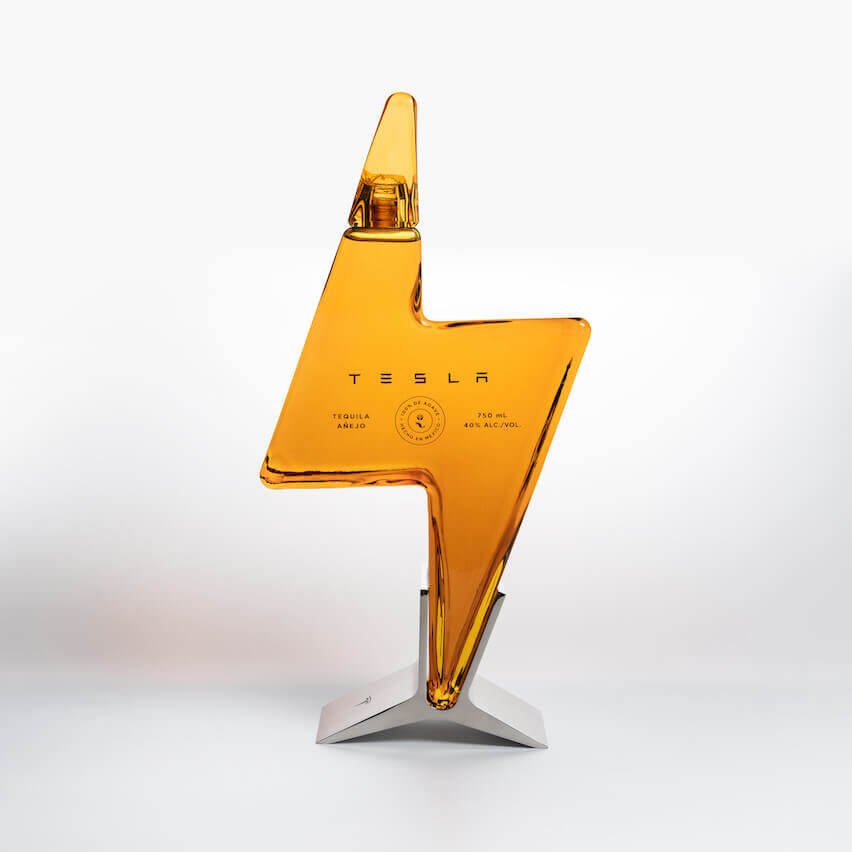 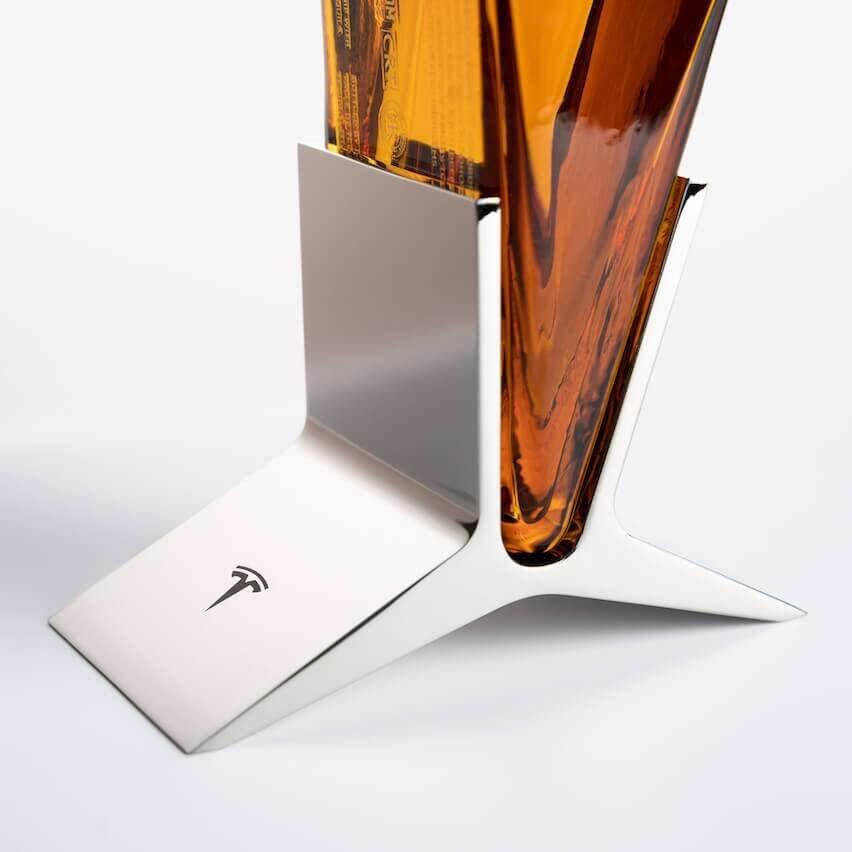