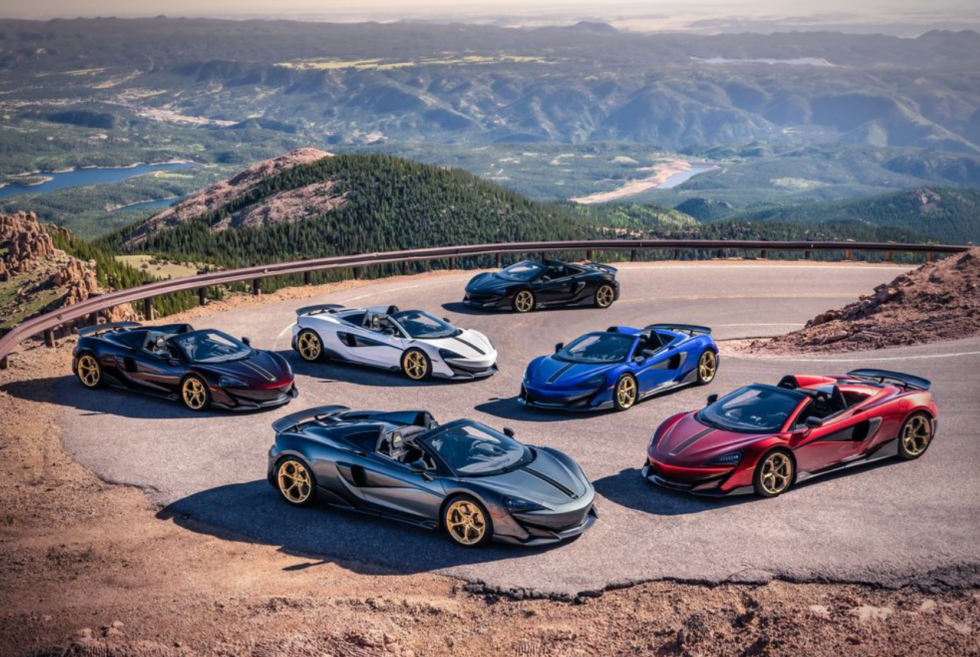 Only six of these cars exist in the world, and chances are you can’t have them. These McLaren 600LT Spiders, in Denver, Colorado, come courtesy of McLaren Special Operations, who turned these rides into bespoke beasts as part of the new Pikes Peak Collection.

They feature unique touches that call back to the Pikes Peak hill climb and are thus absent on regular McLaren 600 LT Spider models. Each has a custom color — Black Gold, White Gold, Nerello Red, Volcano Red, Aurora Blue and Midas Grey — and they all feature a gold and black vinyl stripe that snakes over the hood and roof, plus gold wheels, to boot.

Inside, you’ll find ultra-light seats from Senna, but this time embroidered in special Pikes Peak lettering. Each car from the McLaren 600LT Pikes Peak Collection also comes with gold racing tab on the steering wheel, gold-colored gear shift paddles, and a handful of gold details all over, plus a numbered plaque denoting the Pikes Peak Collection. Each car is designated a number to distinguish itself out of the total six.

You’ll probably have to jump headfirst into an all-out melee just to score one from the McLaren 600LT Pikes Peak Collection. Look, we’re not saying you can’t buy this. But each of these six cars is as rare as they come. Chances are buyers are already signing checks. Still, won’t hurt to try and push your luck. McLaren plays to sell each car to different buyers. However, it would not surprise us if someone comes along and takes all the units. 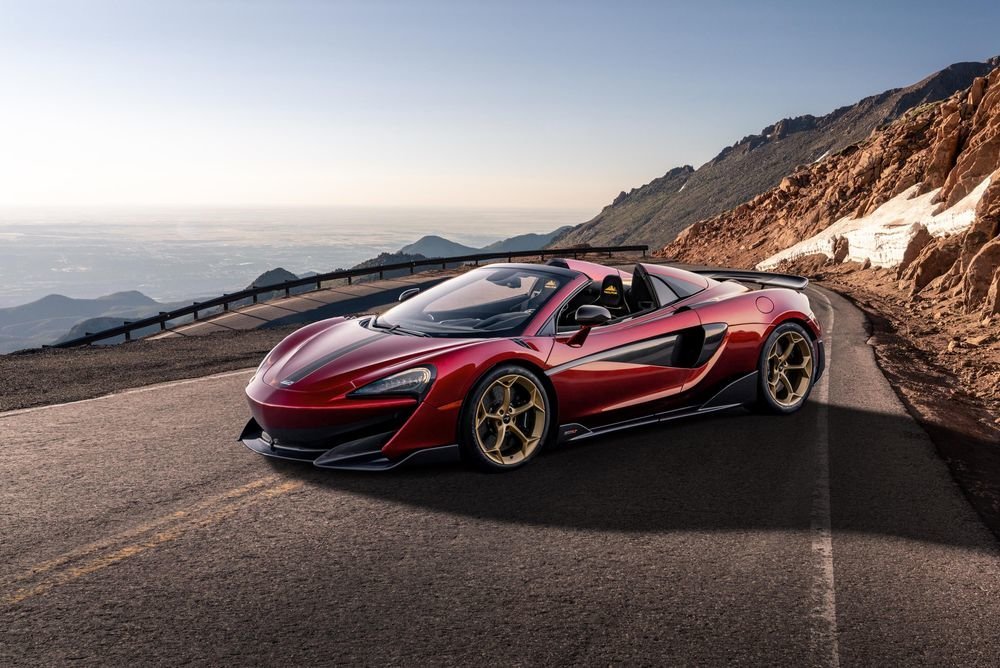 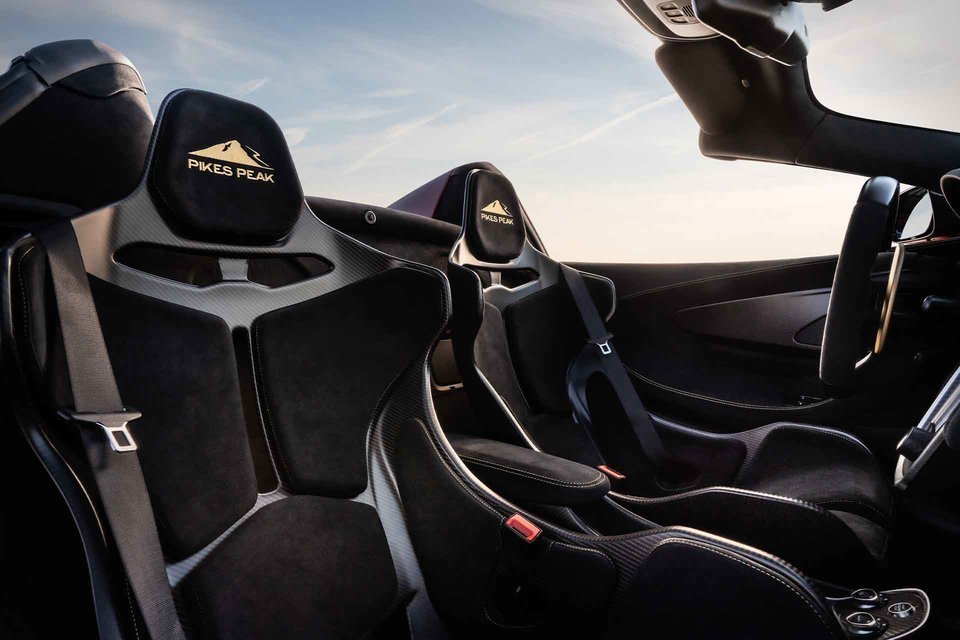 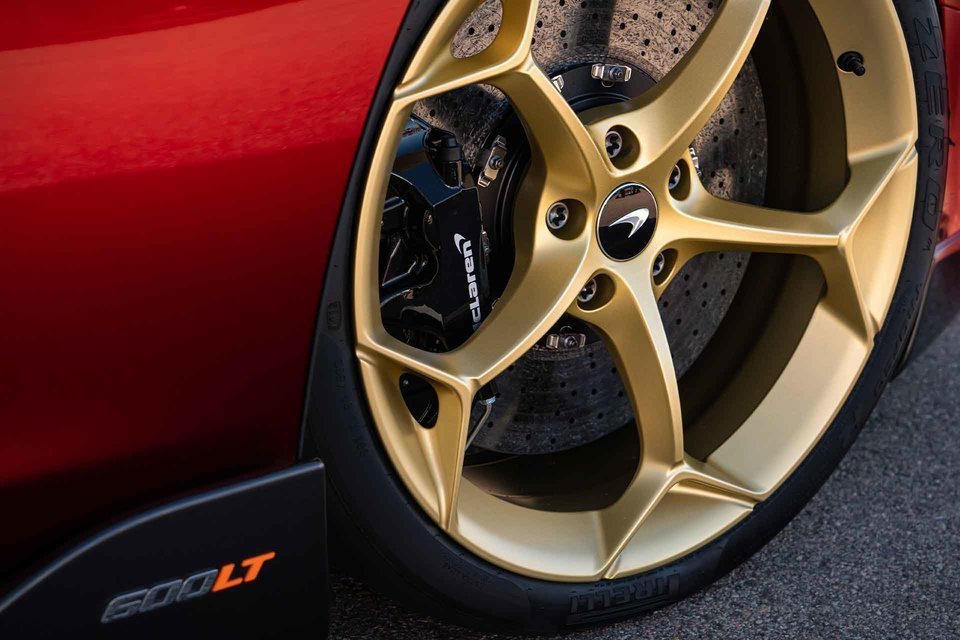 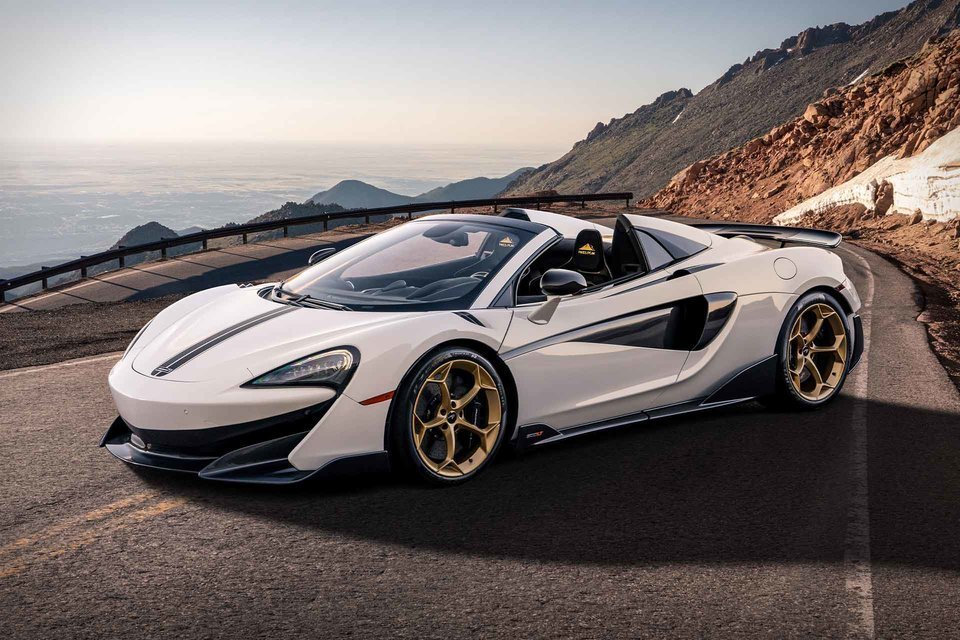 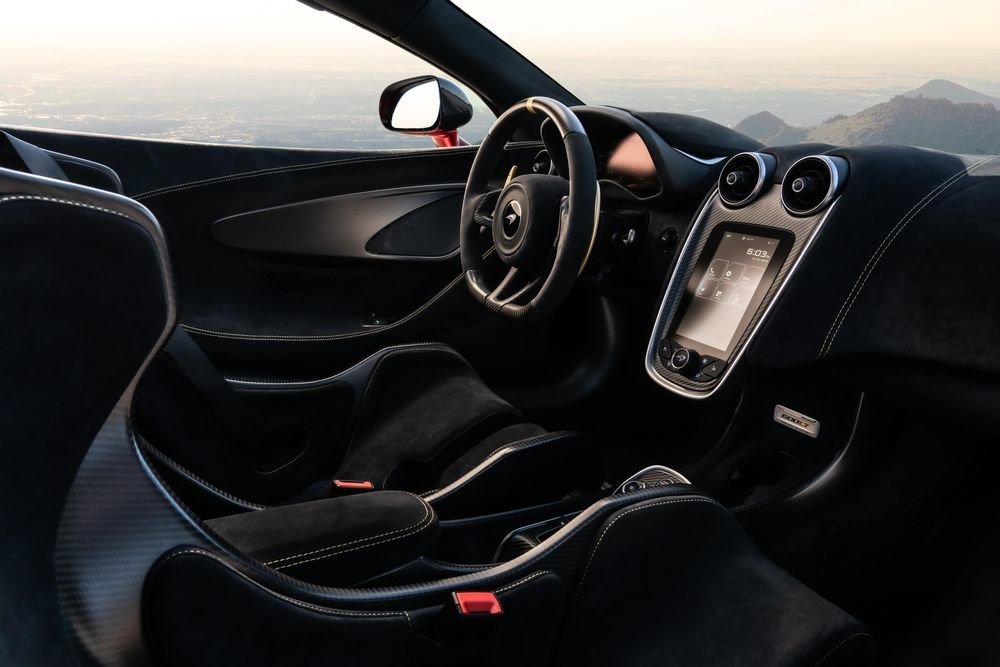