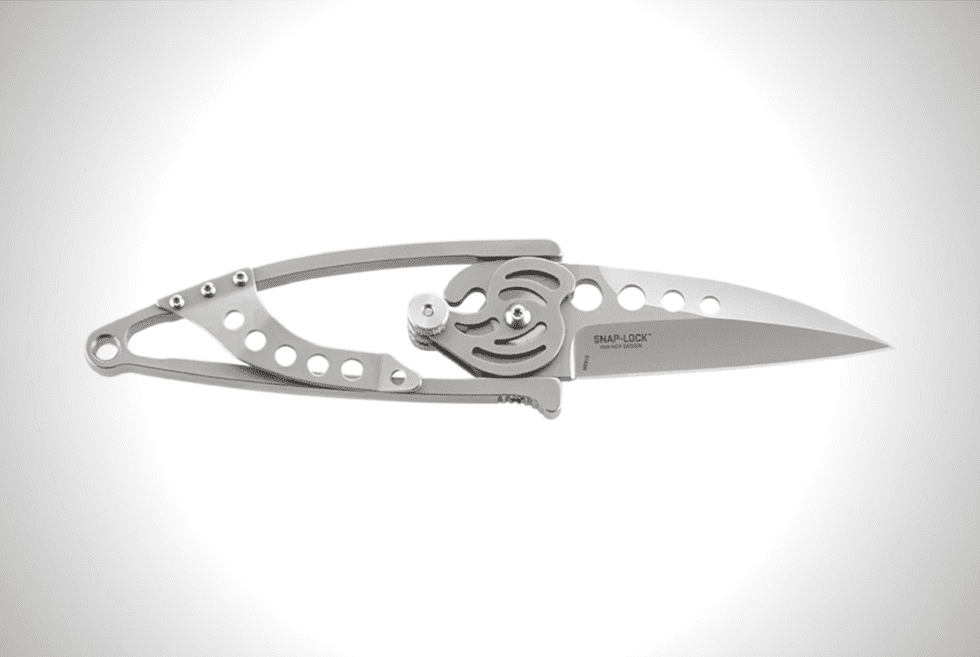 At first glance, you’d never guess that the CRKT Snap Lock Knife has been around since 2004. Something about it just looks and feels timeless.

Is it the steampunk-ish design, which gives it a cutting-edge (pun intended), futuristic aesthetic? Or is it perhaps the complex mechanism that allows the blade to rotate on a completely different axis as compared to switchblades/folding-blades? Both those elements come together to give the Snap Lock knife a level of refinement and sophistication like no other, and because the design has stood the test of time, CRKT is reissuing the legendary blade for the modern crowd, giving them the opportunity to use “one of the most decorated knives of all time.”

The knife looks gorgeous from an aesthetic standpoint, no doubt about that. But on a utility standpoint, the design actually makes sense. The mechanism described above demands a hollow handle because the harder you grip it, the tighter the blade locks in place, which means the grip design isn’t just for show. Plus, it makes the whole knife lightweight. When closed, this wishbone frame also serves as the blade edge guard, keeping it out of harm’s way.

The Snap Lock blade has a drop point shape, and customers can choose between a plain edge or one with triple-point serrations. The folding knife extends to 6.5 inches, while the blade is 2.5 inches, and it even has a built-in money clip and a quick-release lanyard if you want to wear it around your neck. Own this magnificent piece knife today and keep asking “was this really designed in 2004?”

The 21 Best MagSafe Cases for iPhone 13 Series (and others!)