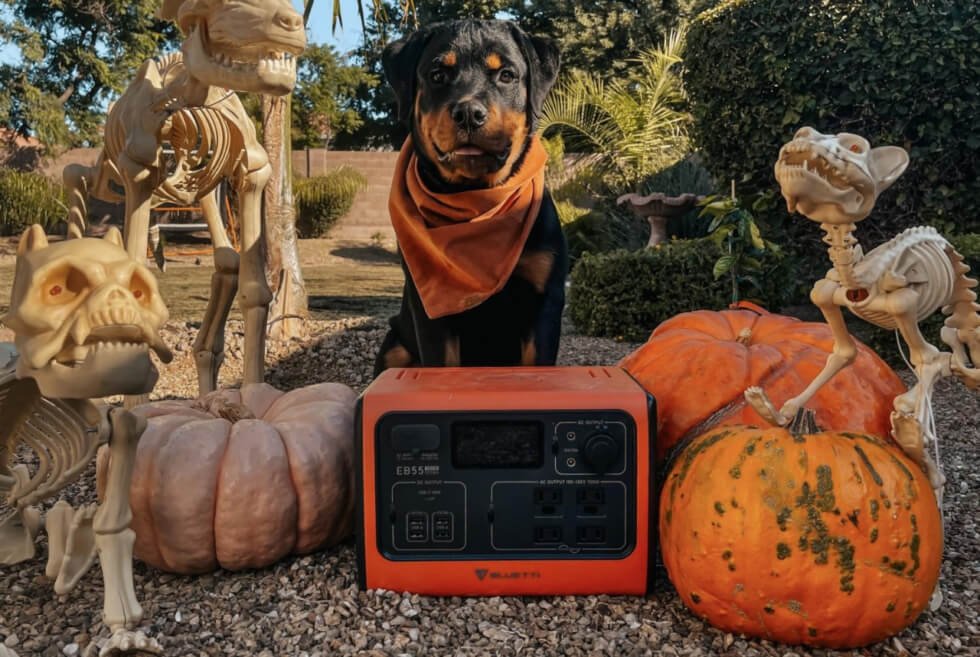 When we hear the word Halloween, we think Trick or Treat, pumpkin lanterns, spooky decors, and things that go bump in the dark. “Things” not people, so power outages shouldn’t have to be an option on such occasions. Why then ruin the jolly mood when you can always count on backup generators to keep the fun running. When it comes to a reliable source of portable power, BLUETTI never fails to deliver. That’s why they are welcoming the spooky season with the BLUETTI Halloween Special with discounts up to $3900 on their best-selling machines.

These include the return of the popular BLUETTI AC300 power station and B300/B230 battery modules. Then there’s the small yet powerful EB55 and the versatile AC200 Max portable generator. The BLUETTI Halloween Special is a global event that starts on Oct. 28 and ends on Nov. 4. So, start choosing with the guide we have prepared for you below.

Build Your Own Power Station 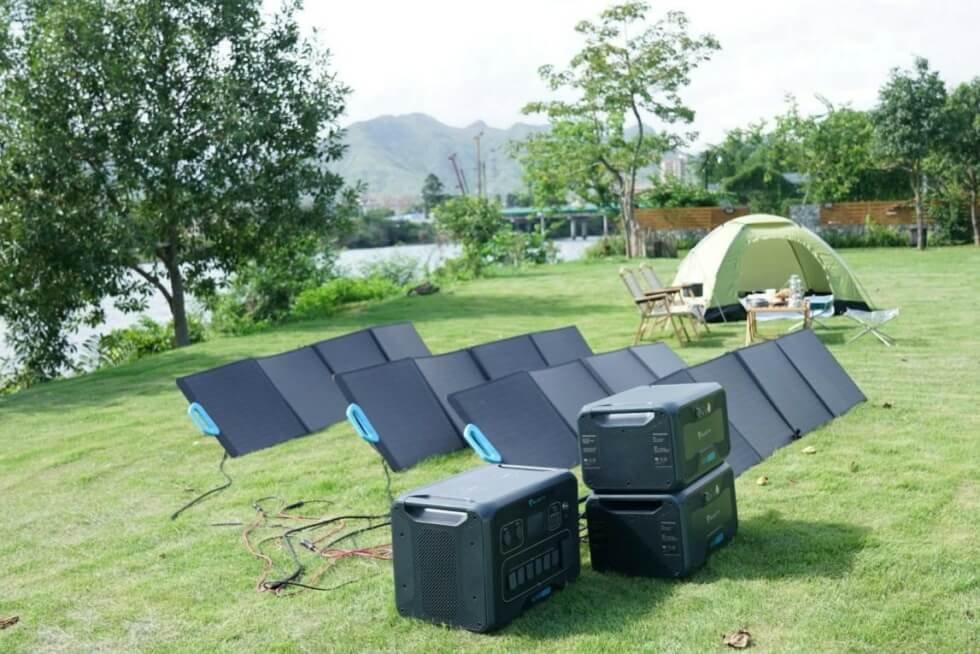 The modular BLUETTI AC300 lets you customize your power needs because it does not carry its own battery. Thus, it pairs perfectly with the B300 battery module. You can go with two, three or four (700W each) batteries to get you a whopping 12,288Wh of pure sine wave inverter power. If you want to go big, you can even max it to an amazing 24, 576Wh using eight battery packs connected via Split Phase Bonding and the useful Fusion Box Pro.

This backup energy is UPS connection ready, so you always stay prepared for those unexpected power outages.  It is also durable and guaranteed to last for a decade as it relies on LFP (lithium iron phosphate) battery cells to provide over 3500 life cycles.

When you’re thinking off-grid, the BLUETTI AC300 also has you covered. It supports solar charging up to 2400W using a built-in MPPT controller. It works with both AC and solar charging for a quick battery boost from 0-80% in just 60 minutes. The handsfree feature is a plus so you can easily control and check on the status of your power station via a companion mobile app. Check our full review on the AC300 power station and B300/B230 battery modules HERE. But if you want total off-grid living support, then it’s better to go all out with six solar panels, a fusion box, two AC300 power stations, and four B300 battery modules. Instead of $15027 you can now get it for $3928 less at $11099 with the BLUETTI Halloween Special. Get the bundle HERE 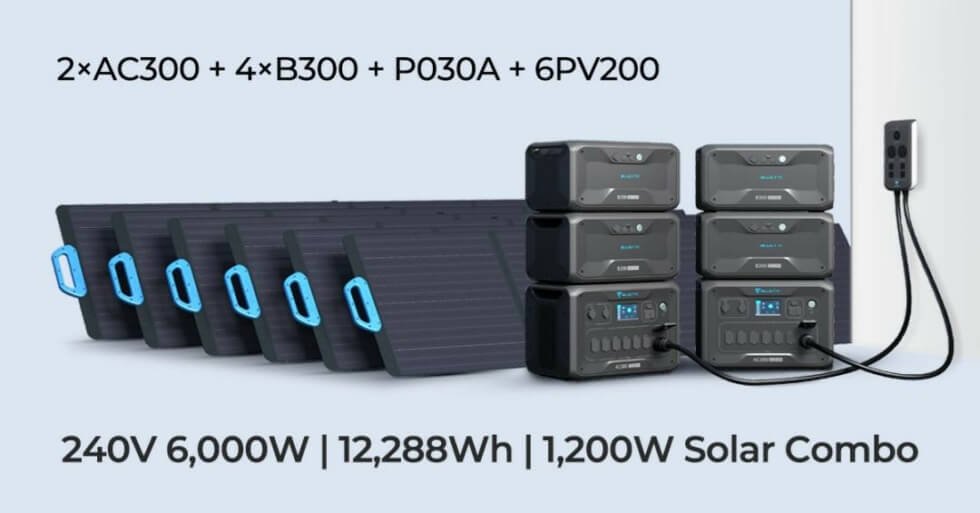 If you’d rather prefer an all-in power supply, then the AC200 Max gives you a continuous output of 2,200W. It carries its own 2048Wh battery and supports solar charging up to 900W via an upgraded MPPT controller. What makes it different from the AC300 power station is that it supports both battery modules, contrary to the former which only works with the B300. Connect it to a couple of B300 batteries to get a boost of 2048Wh of power. Read our review on the AC200 Max HERE The BLUETTI EB55 is a bang for your buck power station ideal for camping with its solid 537Wh of power and built-in 700W (up to 1400W surge) strong inverter. It supports simultaneous charging using AC and solar charge (at 200W each) for a full power boost in two hours.

This is a compact power machine that can charge 13 devices simultaneously via a USB-C and four USB-A ports. It also has a wireless charging pad, a DC carport, and two DC outputs. For the BLUETTI Halloween Special, it comes in a special pumpkin color and at an incredibly low price of $499. Get it Here 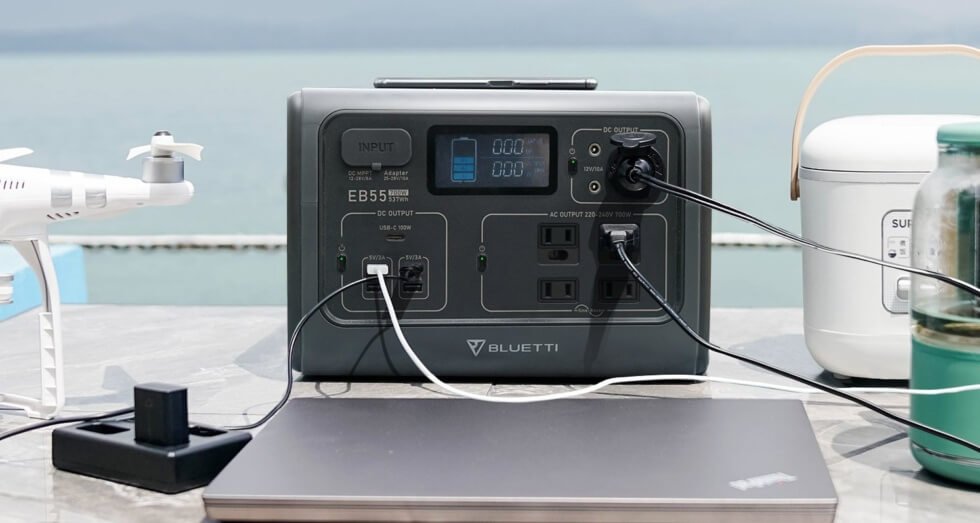 BLUETTI never fails when it comes to providing reliable, functional, portable, and impressive power stations. It has a vast collection of generators that guarantee to keep you comfortable, connected, and entertained no matter the adventure, both indoors and outdoors. The added features for off-grid support are definitely a plus, especially for the digital nomads.

The Zootility ST-2 Pocket Knife is bolt-free, thin, and lightweight at just 0.125" and 1.4oz. respectively. It features a bottle, twist tab, and can tab opener aside from the removable blade.

Skull Bliss Review: Revamp Your Home Or Office With This Sophisticated Collection

Skull Bliss is promoting traditional Balinese craftsmanship with its growing collection of unique decorative animal skulls for your home or office.

The Polo-X by Graphene-X keeps you dry, odor-free, and comfortable in any situation with its moisture-wicking, lightweight, soft, and bacteriostatic fabric integrated with graphene.