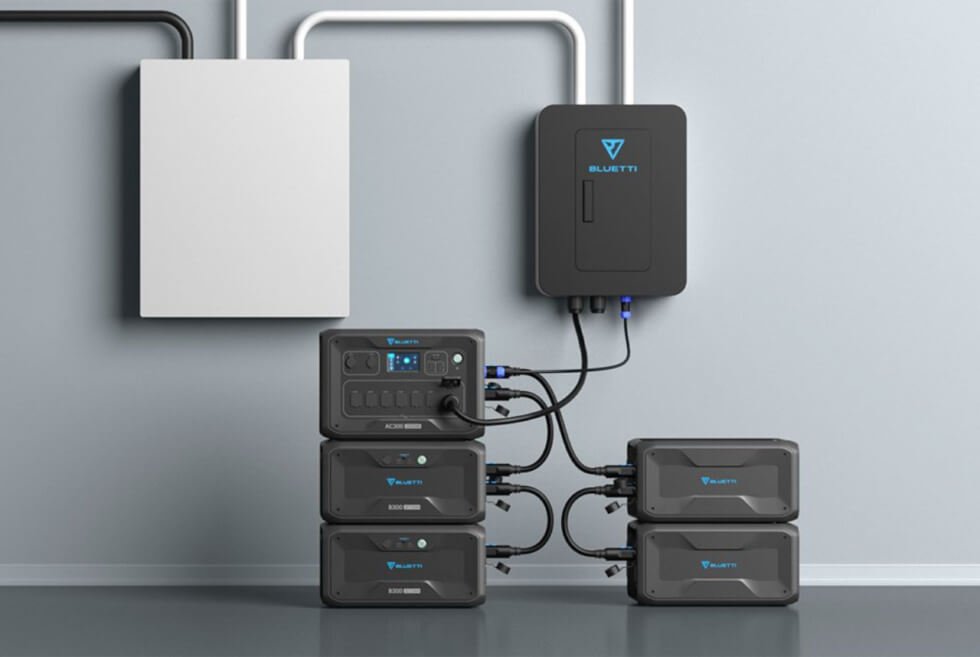 Now you can fully harness the power of the sun with the BLUETTI AC300 Power Station. A first in the industry, this modular generator lets you pack up and power up whenever and wherever. Pair it with the brand’s new B300 battery module and you have yourself a generous power supply to run your most-used home and kitchen appliances and more.  This is a reliable indoor and outdoor machine that you want to have on hand, especially with the coming winter months when outages are unpredictable.

It’s time to ditch the noisy and archaic diesel, propane, or other fuel-powered generators and get yourself the BLUETTI AC300 Power Station. This is a more sustainable and safer approach to backup energy, as it works with durable Lithium Iron Phosphate (LiFePO4) battery cells that are supported by a cutting-edge battery management system. This way, it preserves the life of your machine for the next generations to come.

This is for heavy-duty use as it offers 3000Wh of pure sine wave inverter power, which is expandable to a whopping 12, 288Wh when hooked to four B300 battery modules. It can go high up as 24, 576Wh when paired with eight battery packs via Split Phase Bonding and using a Fusion Box Pro. Good luck running out of power with this much supply. It even offers a seamless UPS connection for uninterrupted power. You can continue doing Netflix and chill, cook, run your game console, sleep in comfort, or catch up on work at the garage like there is no outage at all. 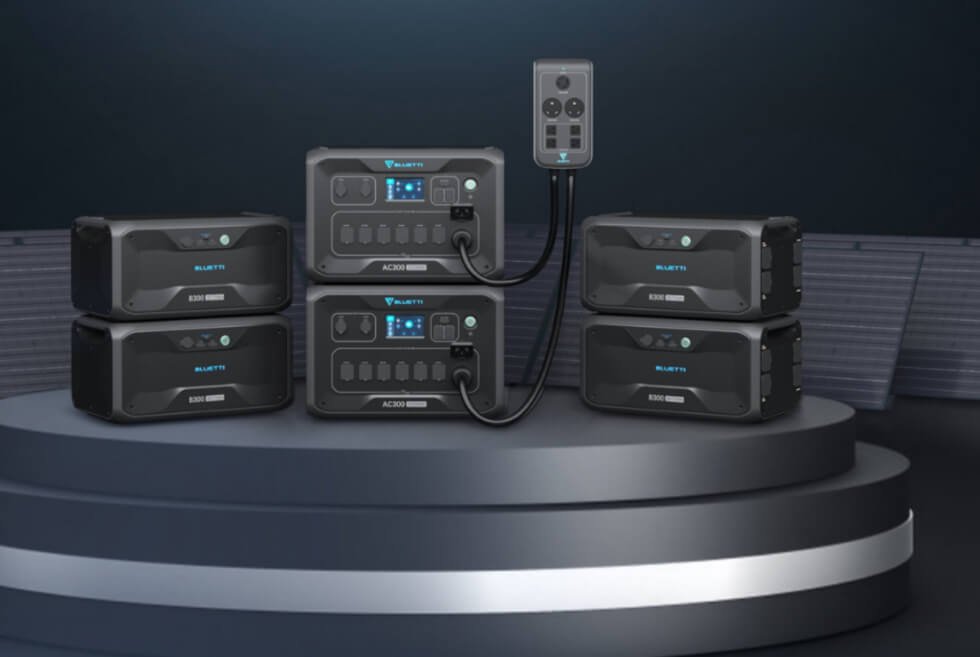 Dubbed as the “Dominator,” the BLUETTI AC300 Power Station fully supports solar energy up to 2,400W using a built-in MPPT controller. This makes it the ultimate off-grid backup energy since you don’t have to rely on your home’s electrical current. But it recharges great through other means too such as a wall socket, 12V car charger, a 12V/24V lead-acid battery, or another generator. As this is a modular station, it does not come with a built-in or stored battery pack. Instead, it relies on the B300 battery modules for power.

Not Your Ordinary Battery Pack 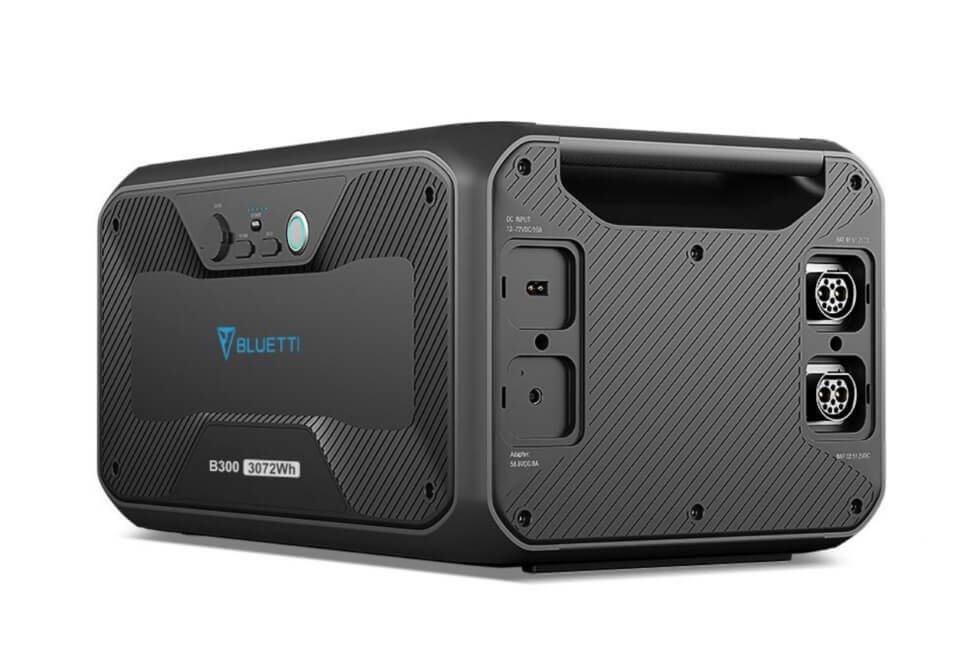 Speaking of battery, the AC300 is only compatible with the B300 Battery Modules. As mentioned above, it can support up to eight units if you want to go big. This battery runs on 3,072Wh of LiFePO4 battery with a max individual input power of 700W when simultaneously recharged with an AC socket and solar power (solar input is at 200W and AC at 500W). 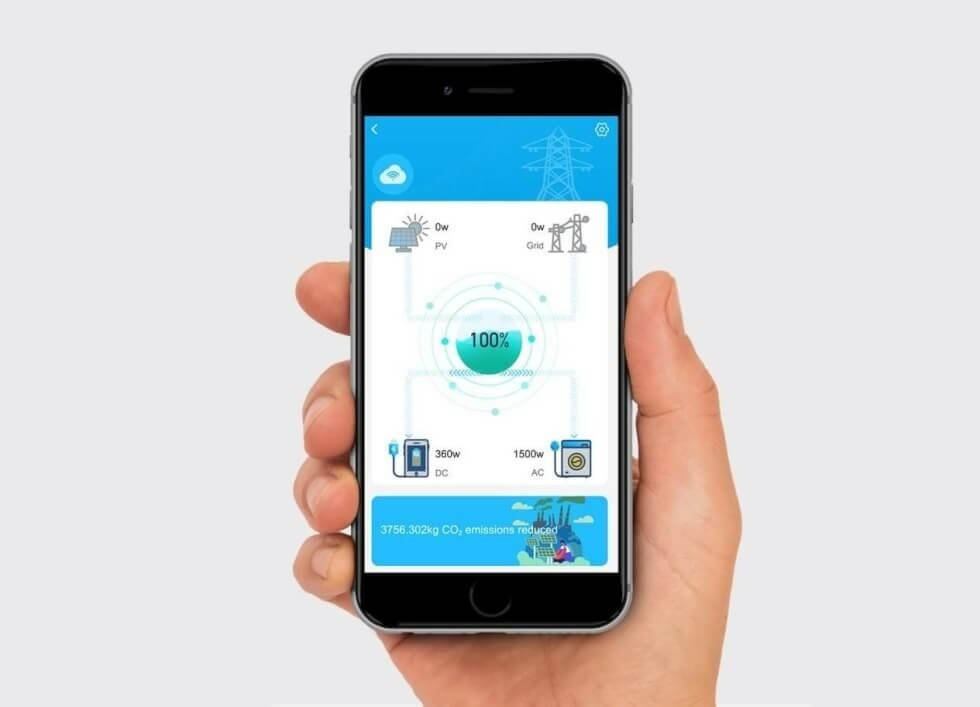 The BLUETTI AC300 Power Station literally got your back. It powers your entire house and supports your outdoor adventures. It comes with modern features compatible with today’s tech. Then it has six AC outlets, two 5V USB-A ports, a couple of 18W USB-A, and two 12V/10A DC ports. Likewise, it has a 100W USB-C PD3.0, one 12V cigarette lighter, and one 12V/30 DC output. Best of all are the two 15W wireless charging pads and the app control features, which lets you monitor the status of your generator through an accompanying smartphone app.

Fun Under the Sun 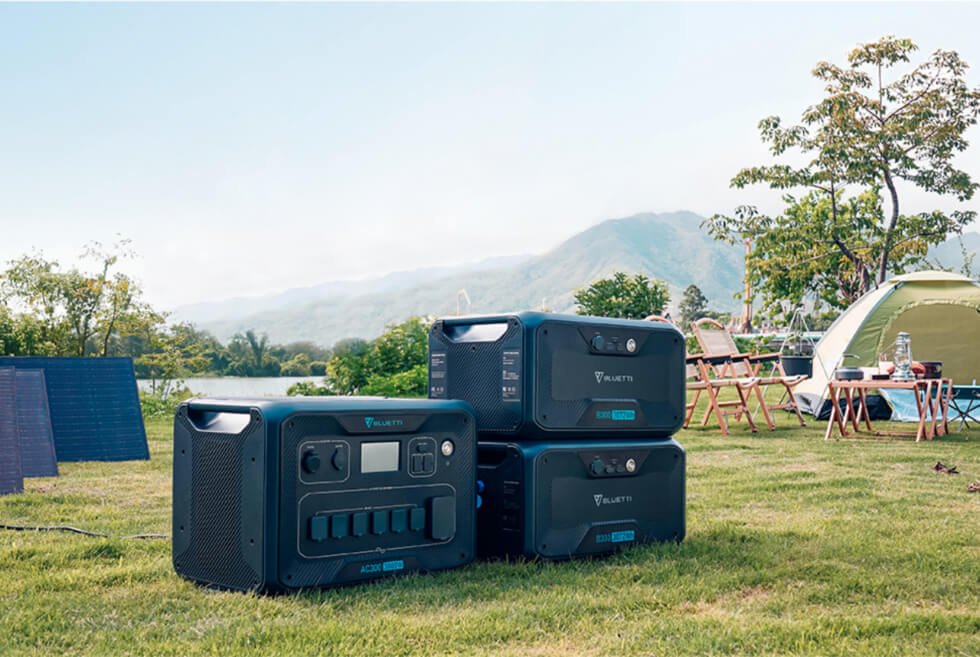 The AC300 Power Station and the B300 Battery Module give meaning to the saying “fun under the sun.” Both support solar charging so you can get out of sticky situations both indoors and outdoors. It literally keeps you calm and have fun amid an outage or while out on adventures.

Get the BLUETTI AC300 Power Station and B300 Battery Module HERE