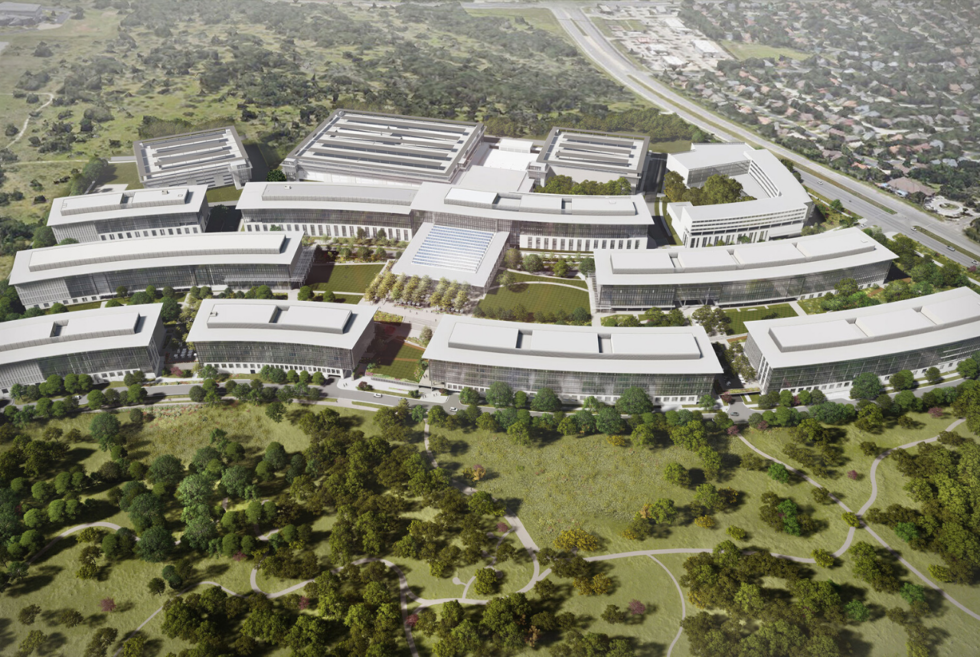 Apple is a brand associated with its premium tech products and the attractive designs applied to almost everything that catches its fancy. In fact, experts recognize the company’s attention to detail and willingness to defy conventional viewpoints. Moreover, it is not limiting its aesthetic prowess to consumer electronics only. It’s evident that even the architecture of its flagship retail stores, as well as the ones inside malls, follow a certain style. Following the completion of its remarkable corporate headquarters, sources hinting that it is working on a Hotel

By now, it’s no longer a secret that the American tech giant is building a new campus in Austin, Texas. According to sources, the total area clocks in around a whopping 133 acres and should be open sometime in 2022. Another cool aspect is where it gets the energy to operate everything. Supposedly, 100% of its power will come from renewable means such as solar farms.

While the Apple campus itself will be initially housing 5,000 employees, it will eventually max out at 15,000. Equally notable is the city’s recent approval of a small modification to the original plan. Details show the inclusions of a six-storey 192-room hotel with a total area of 75,500 square feet. It appears that this is a solo project with no tie-ins to any existing hospitality chain.

Learn more about it now: here

Enjoy A Tropical Getaway at the Villa Islander near Grace Bay

The Villa Islander boasts five bedrooms with king-sized beds, private access to Grace Bay, and other modern luxuries in a tropical setting.

The Cava House’s wine cellar might be the star attraction of this modern dwelling, but the volumes above ground are just as stunning.

The TOPOL 27 is a ready-to-live prefab cabin equipped with a bathroom, kitchen, bedroom, dining, and living space and with cutlery, furniture, lighting fixtures, and household appliances.