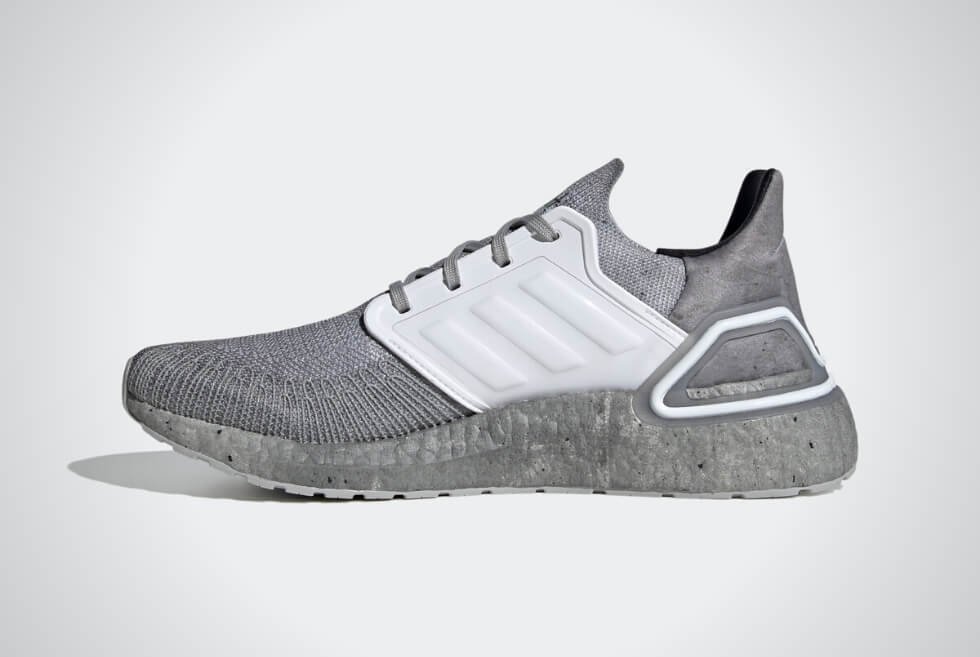 With the premiere date drawing ever closer, James Bond fever is once again upon us. Taking advantage of the hype surrounding the latest installment of the long-running spy movie franchise, major brands with tie-ins are now teasing their wares. A while back, we were able to preview a part of a collection — the Ultraboost 20 x James Bond.

This time, we also have the entire Adidas x 007 capsule to talk about. Before, we only had the murdered-out variant available. Little did we know that there were two more on the way. The trio of running sneakers sport a Primeknit upper, that ergonomically wraps your feet in comfort.

These two are what 007 would likely want to wear, but “No Time To Die” also has a new villain in town. As such, it’s only fitting that he — Lyutsifer Safin (played by Oscar-winning actor Rami Malek) – also receives some representation. His Ultraboost 20 x James Bond arrives in a concrete grey Primeknit textile upper.

According to Adidas, this shade represents the baddie’s bunker in the film. It receives a white lace cage, along with elements in the same color. Instead of the iconic barrel rifling badge on the tongue, it features a blueprint of Safin’s bunker.

Take a peek inside this Ultraboost 20 x James Bond and you’ll see a white sockliner with 007 printed in black. The rest of the catalog includes a track top, track pants, a jacket, and a t-shirt. The Adidas x 007 lineup drops on September 24, 2021. 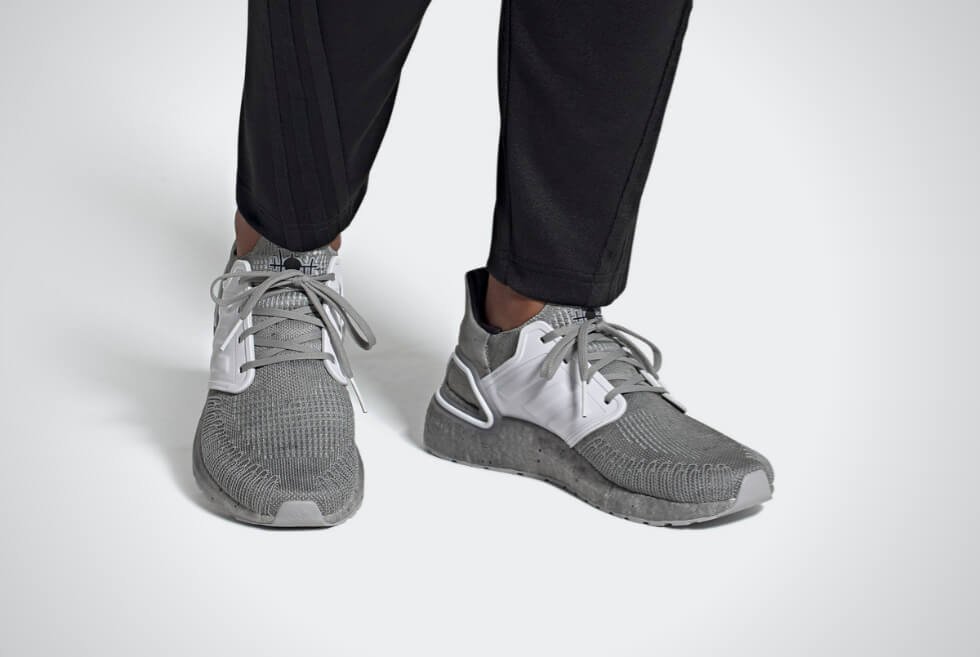 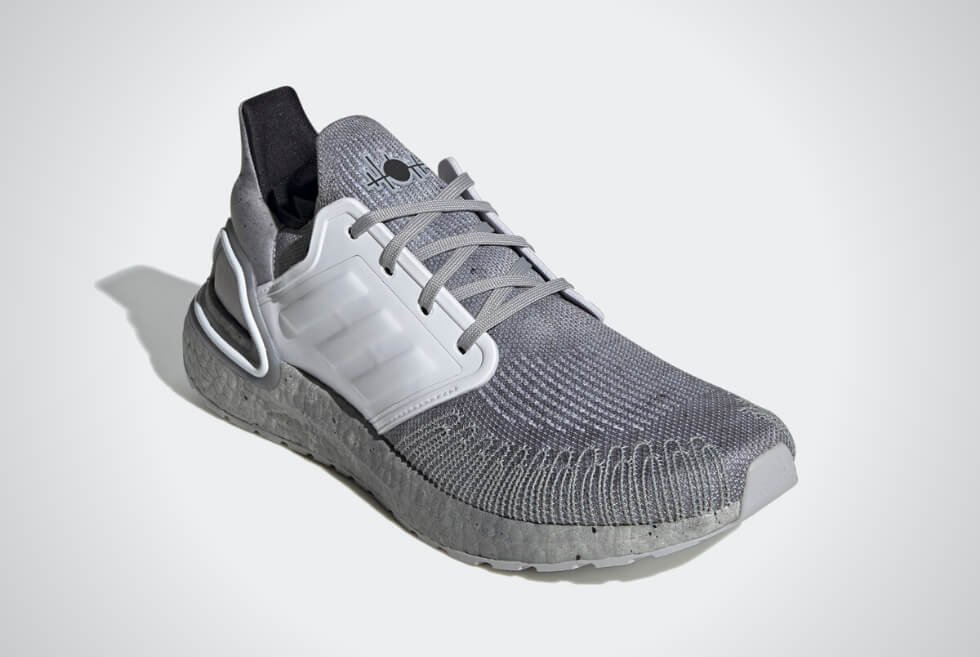 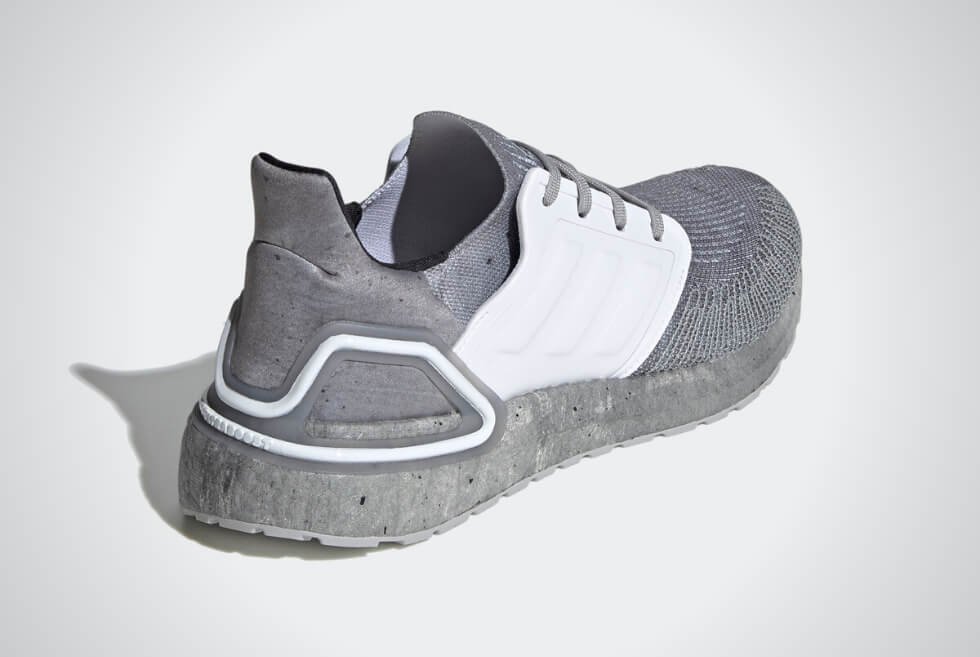 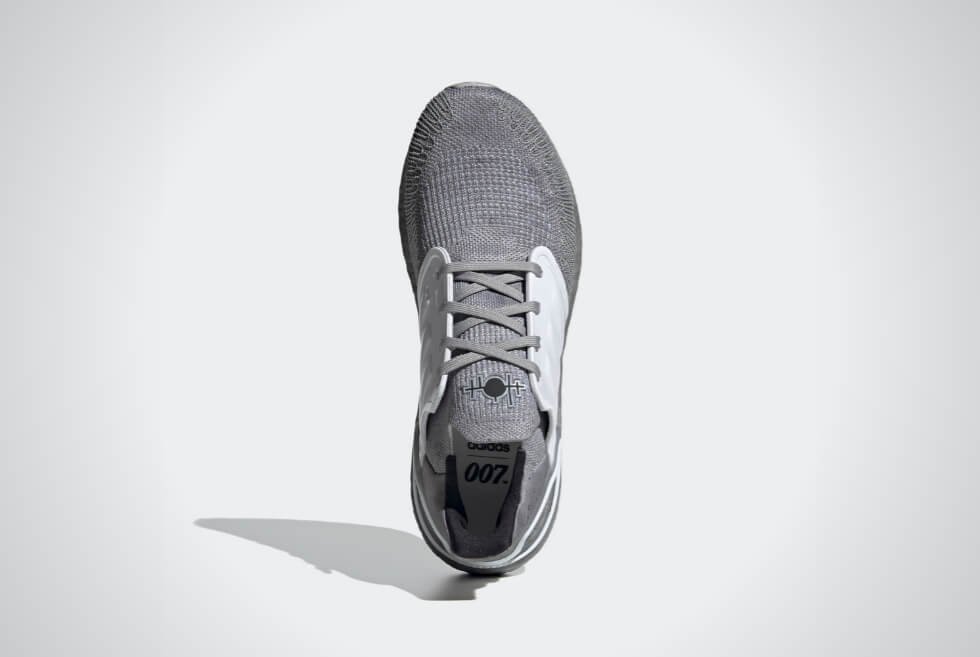 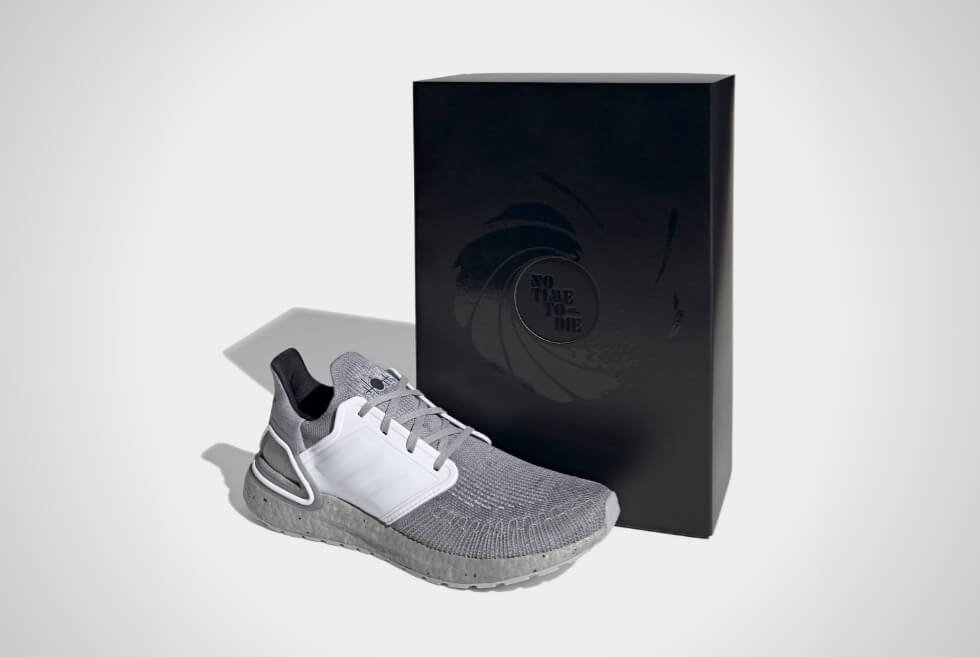