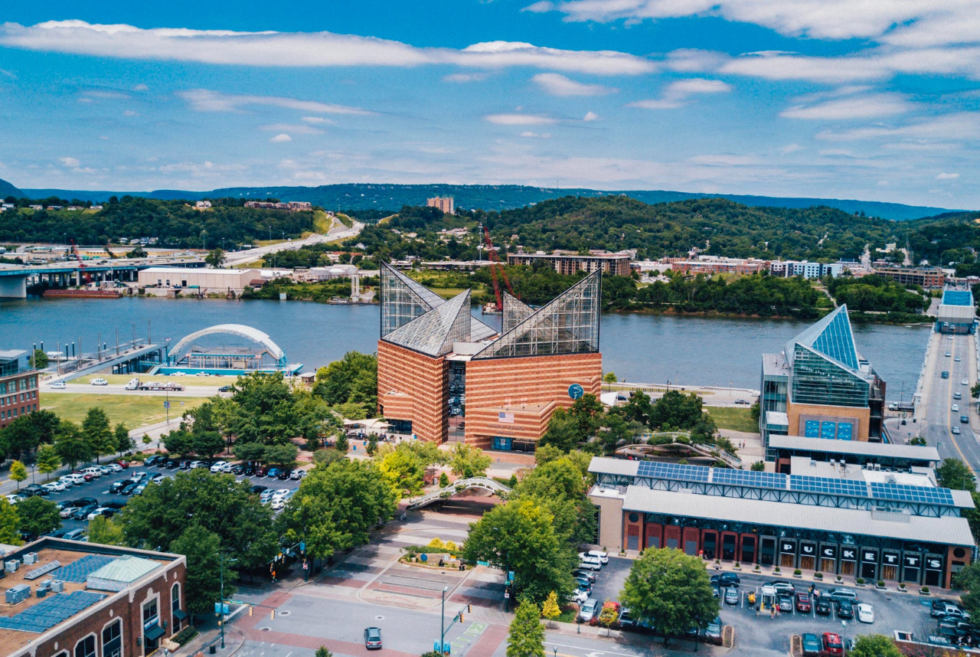 With rugged terrain, railroads, whisky, and a rich military history, Tennessee is a manly man’s haven. You will find no shortage of macho things to do in the Volunteer State.

The majestic 522,427-acre Great Smoky Mountains National Park attracts more visitors each year than any other national park in America, including the Grand Canyon. Located on the east border of Tennessee, the park also extends into North Carolina.

There is no end of things to do and see in the Great Smoky Mountains National Park. It contains over 800 miles of hiking trails, from easy scenic hikes to 16-mile treks. Gorgeous waterfalls can be found throughout the park, and many can be reached by car. Be sure to check out Clingmans Dome, the highest peak in the Great Smoky Mountains. A half-mile trail leads you to a 54-foot observation tower where you can get a 360-degree view of the park.

History buffs may know that there were several mountain communities in the Great Smoky Mountains before the area became a national park. You can explore a number of historic buildings that are still there today, including the Mountain Farm Museum at the Oconaluftee Visitor’s Center.

The Great Smoky Mountains contain incredibly diverse plant and animal life. In fact, scientists have documented more than 19,000 species in the park and estimate that there may actually be 80,000-100,000 more that are undocumented. Keep an eye out for black bears, as well as foxes, wolves, rabbits, and many more.

You can camp in the park or stay overnight at one of the numerous lodges in nearby Gatlinburg. While in Gatlinburg, you can check out other fun attractions like the Ober Gatlinburg Aerial Tramway, Ripley’s Aquarium of the Smokies, and Gatlinburg’s 400-foot Space Needle.  Be sure to bring some Tennessee whiskey to stay warm!

Just a stone’s throw from Gatlinburg lies Pigeon Forge, home to the Alcatraz East Crime Museum. Modeled after the castle-like Tennessee State Prison, Alcatraz East is a 25,000-sq-foot museum that features over 100 interactive exhibits. This includes galleries about criminals and crimes, crime scene investigation, and victim stories. You will also find cool artifacts like Ted Bundy’s VW Bug and the White Ford Bronco O.J. Simpson drove in a car chase across Southern California.

While in Pigeon Forge, you might also want to check out Parrot Mountain and Gardens and the Titanic Museum.

The Oak Ridge National Laboratory, located a couple of hours west of the Smoky Mountains, was established in 1943 as part of the Manhattan Project. Today, it is the largest US Department of Energy science and energy laboratory.

The nearby American Museum of Science and Energy contains exhibits on the Manhattan Project and more recent scientific advancement. You can take a bus tour from the museum to visit the lab and other nearby Manhattan project sites.

Lonely Planet named Chattanooga, Tennessee, one of its top ten best in the U.S. underrated vacation destinations in 2018. Indeed, there are numerous activities in and around Chattanooga to keep you occupied.

For military and civil war buffs, the Chicamauga & Chattanooga National Military Park preserves two major Civil War battle sites. At Chickamauga, the Confederates won their last major victory in September 1963. Then after fighting for control of Chattanooga, Union troops finally prevailed in November 1963. You can learn about these battles and more about the Civil War at this National Park.

The impressive Lookout Mountain provides breathtaking views of Chattanooga from the overlooks at Point Park. It is also home to Ruby Falls, a 145-foot underground waterfall accentuated by a colorful light and sound show. For an extra scenic experience, take the Incline Railway from St. Elmo up to Lookout Mountain. The railway climbs the mountain at a 72.7% grade up a one-mile track. It is the world’s steepest passenger railway.

Back in Chattanooga, you can take a boat ride on the river, explore the city, or visit the Tennessee Aquarium.

The distillery offers tours and whisky tastings ranging from $20-$100. Just be sure to drive responsibly so you have no need to consult a website like this.

Civil War buffs won’t want to miss the Stones River National Battlefield. Located just southeast of Nashville, this was the site of one of the most important and largest battles of the Civil War. The site includes the Hazen Brigade Monument, which is believed to be the oldest, intact Civil War monument, and the Stones River National Cemetery, where more than 6,000 Union soldiers are buried.

To learn more about the Civil War, you might also consider visiting the nearby Travellers Rest Plantation and Museum or the Tennessee State Museum in Nashville. Or you could take a drive down to the Shiloh National Military Park.

Of course, no trip to Tennessee is complete with a visit to the iconic Music City. Country music fans won’t want to miss the Country Music Hall of Fame or the Grand Old Opry. Plan to attend a concert or consider visiting during the CMA Awards in the fall. Or take a stroll down the Honky Tonk Highway and enjoy live music with no cover charge.

Continue exploring music history by visiting Graceland, the home of Elvis Presley. Learn more about the King of Rock ‘n’ Roll at his mansion home. You can also check out Elvis Presley’s Memphis, a 200,000-sq-foot entertainment complex that includes museums, shops, and restaurants.

In nearby Memphis, try a bar crawl down Beale Street, the Home of the Blues. Beale Street has a rich history that began in the 1920s when its vibrant nightlife thrived alongside a sinister underbelly of gambling and murder. After a downturn during the second half of the century, Beale Street was revitalized in the 1990s and is now the home of nightly live music as well as numerous jazz and blues festivals throughout the year.

Other attractions in Memphis include the National Civil Rights Museum, the Sun Studio recording facility, and the Memphis Rock ‘n’ Soul Museum.

The Base Cabin Makes A Great Home Away From Home

The Base Cabin has an A-frame structure to create more interior space, has glass windows on the roof and ceiling, and complete with a bed, shower, and kitchenette.

The Leo Gonta Hanging Toiletry Bag offers four zipped transparent pockets inside and an extra exterior side pocket outside in its waterproof and padded polyester construction.

The Pelican V525 Vault Rolling Case Is For The Frequent Traveler

The Pelican V525 Vault Rolling Case guarantees protection for your tech gear with its high-impact exterior that's weather-resistant and crush and dustproof.

The Ketch Harbour House Offers Views of the Atlantic Ocean

The Ketch Harbour House offers direct oceanfront views of the Atlantic from its location perched on a rugged granite shoreline surrounded by 417 acres of pristine wilderness.

The FPM Bank Zip M suitcase is flame retardant, super-strong, lightweight, and has a whopping 93-liter storage for all your travel essentials.