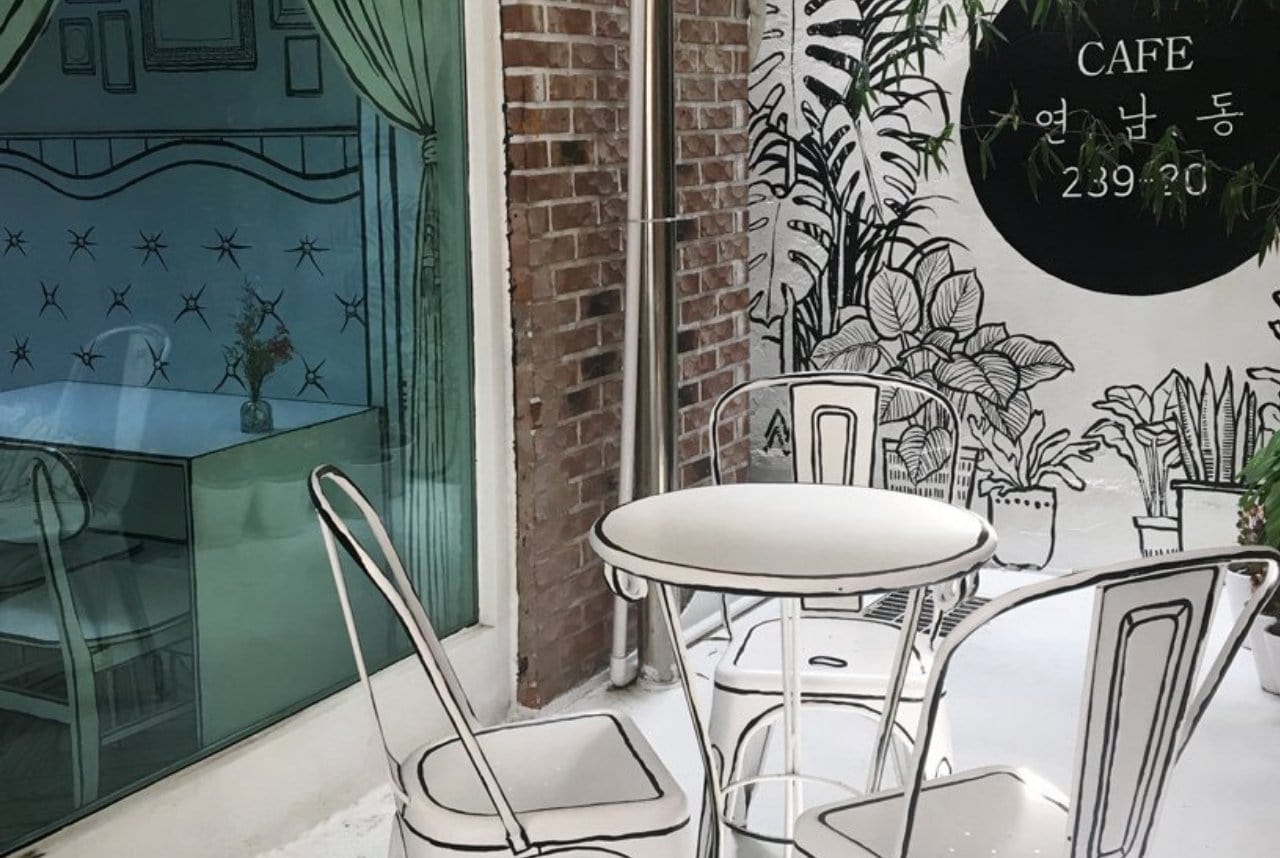 This quaint establishment only has two tables inside and a few more outside, but it is definitely Instagram-worthy. Except for some potted plants and maybe the sumptuous food that you order, the entire place is totally devoid of color.

Instead, this trendy cafe features all-white walls while dark black lines adorn the walls, the ceiling, and even the tiles on the floor. Likewise, black lines contour the chairs, tables, mugs, and plates to create the flattened look of a drawing.

A few plants and flowers provide table accents but they can only do so much in creating a different vibe. You still feel like you’re in a 2D painting or in a cartoon environment. Even the hand-drawn images further amp up the 2D optical illusion.

The Cafe Yeonnam-dong 239-20 opened in 2017. It took its design inspiration from a Korean TV show called W–Two Worlds. The series tells the story of a woman who walked into a comic illustration and fell in love with a man from that fantasy world. 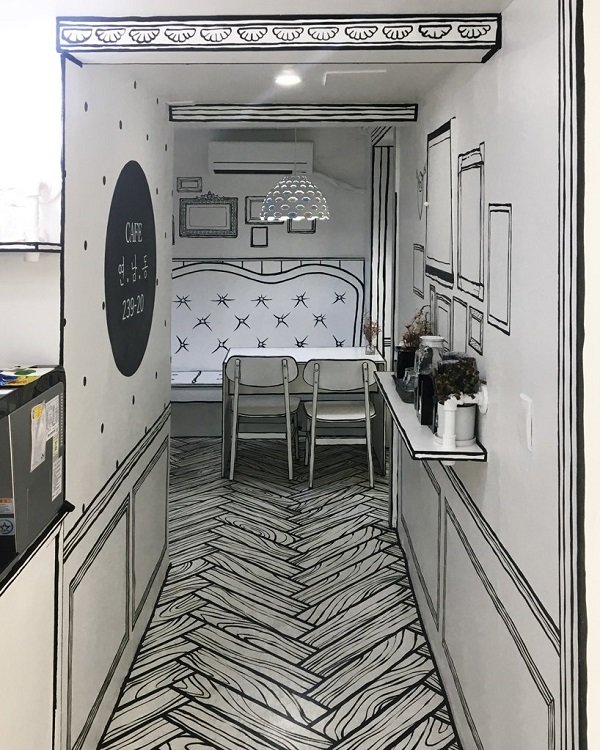 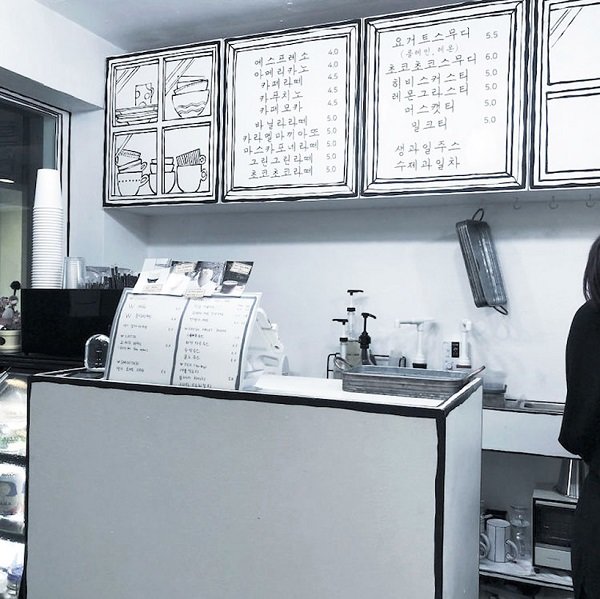 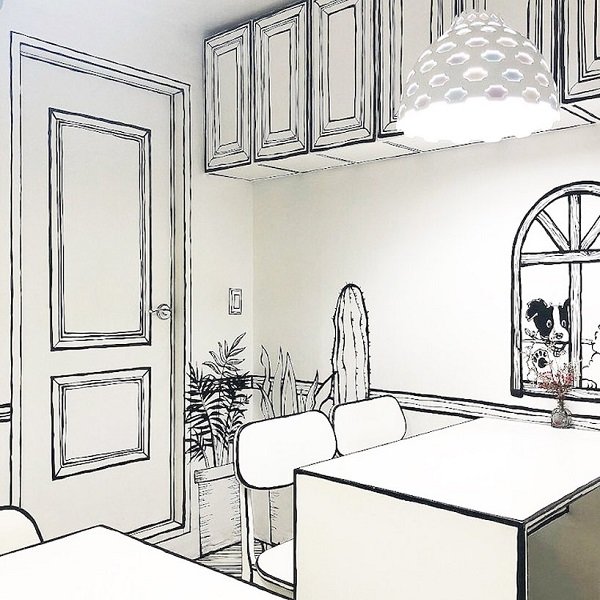 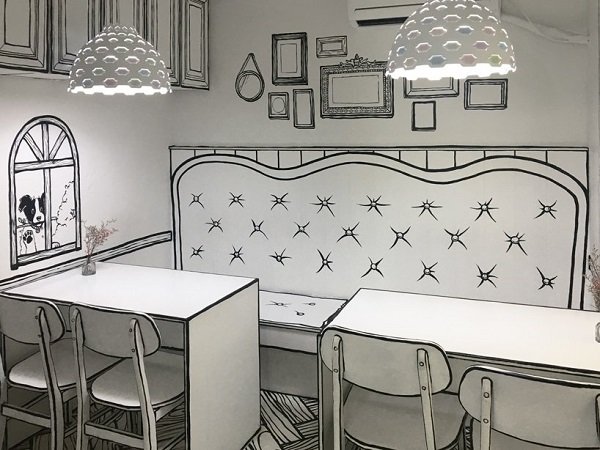 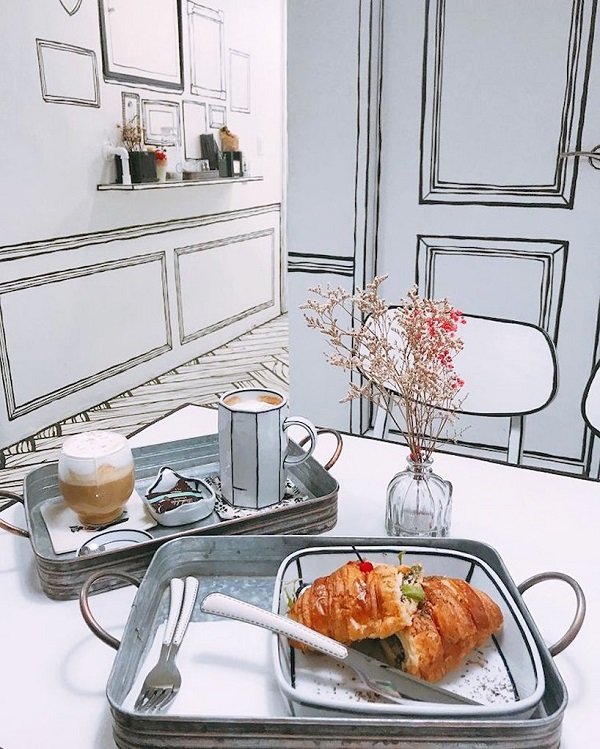 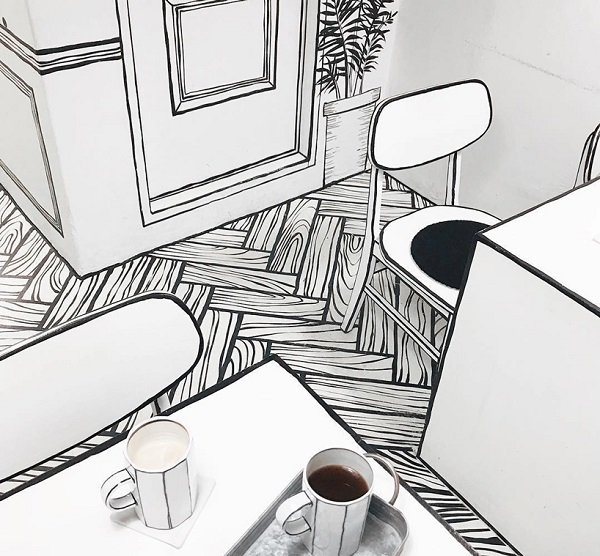 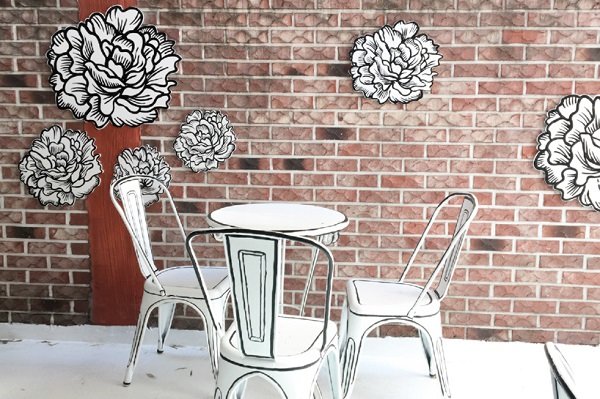 Anantara Veli Maldives Resort is inviting you to grab the “Unlimited Stays In Paradise” package which is perhaps the best deal we've seen so far in 2020.

Carry Heavy Load In Comfort With The Goruck Rucker 3.0

The Goruck Rucker 3.0 tactical backpack uses 1000D Cordura fabric to make it tough against rough exposures, features a MOLLE system, and packed with ergonomic additions for a lighter load.

Reconnect with nature at the Hangzhou Kaiyuan Senbo Resort TreeHotel

China might be the last thing on anyone’s minds right now, but we to check out the TreeHotel at the Hangzhou Kaiyuan Senbo Resort Hotel.