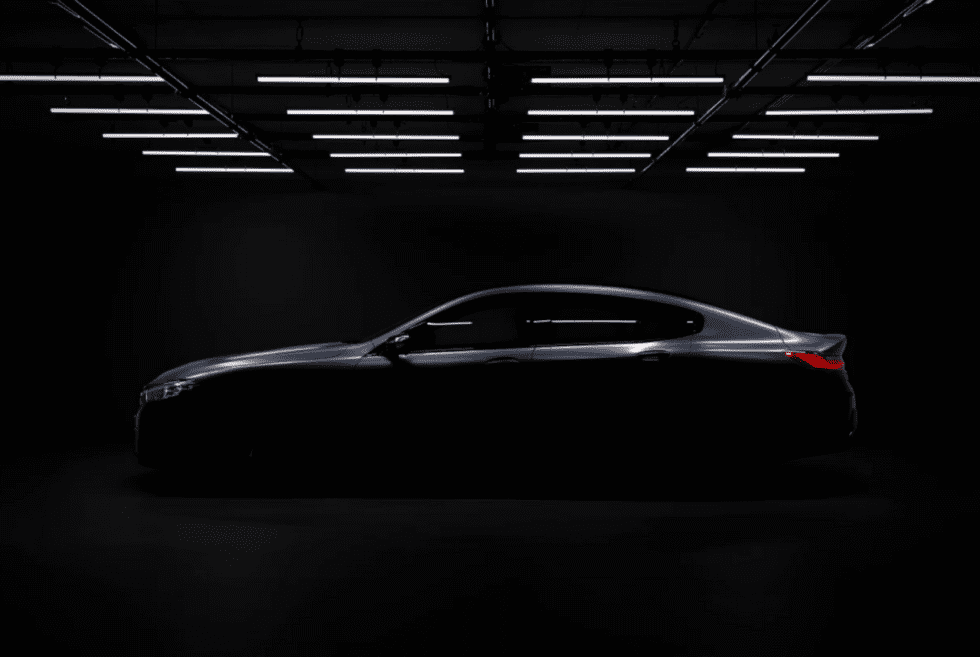 This early BMW is teasing its 20020 8 Series Gran Coupe, the four-door performance ride which it plans to reveal in full next month.

This car will be perhaps the most practical addition to BMW’s 8 Series range. As the teaser shows, the production model features a more toned down presentation compared to the M8 Gran Coupe concept. In terms of styling, this looks exactly like what you’d expect from a non-M model. It’s essentially a stretched 8 Series with two more doors.

It’s not bad, really. And you can’t really see anything that much clearly, anyway. The teaser post hides most of the car except its roofline. But we can gleam that it’s a four-door sedan. A long and low one, at that, which is in keeping with the look of the coupe.

The front fascia and hood also appear almost identical to the coupe. But of course, expect the actual proportions to be different. In any case, the car should still be easy on the eyes at the end of the day. It might not end up being as striking as its two-door sibling, but it’ll do.

BMW has confirmed that production models will go on sale this coming September. It’s likely going to offer the same offer the same turbocharged 4.4-liter V8 as the M850i. That should be about 523 ponies and 553 pound-feet of torque. That model also comes with an all-wheel drive and eight-speed automatic. Both will likely end up on the 8 Series Gran Coupe, as well.