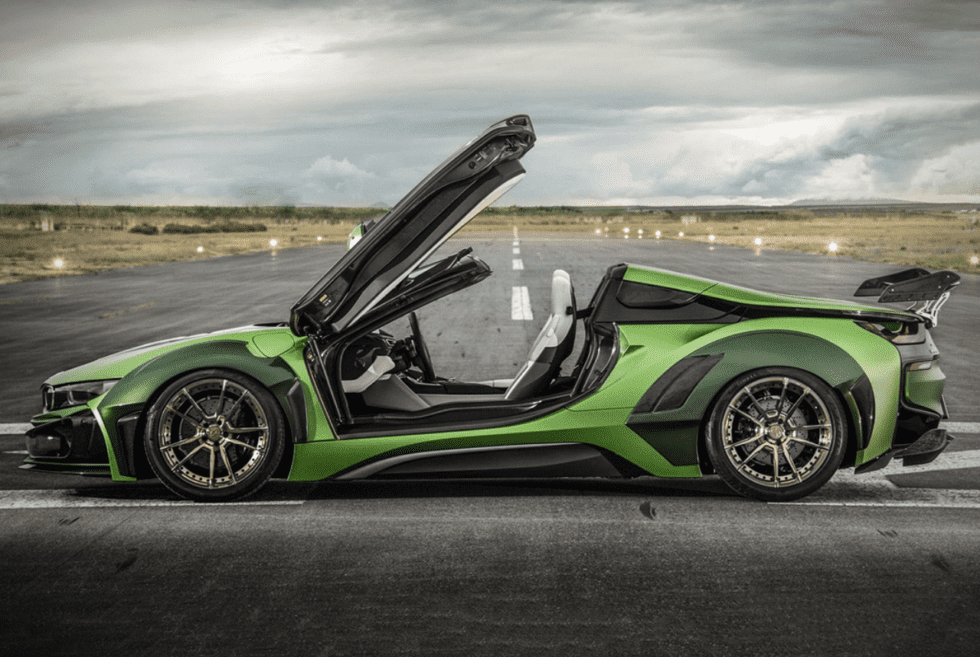 The BMW i8 is yet another testament to the German automaker’s innovative push for modernity. Not only is it one of the company’s most iconic hybrid sports cars, it’s also a template for the future of automotive design.

But EVE.RYN just took it even further with its own BMW i8 E.N. Army Edition. The Japan-based tuner has decided to remove the sporty platform’s aging aesthetics and replaced it much newer-looking parts. The revamp is a stunning example of what a car could look like given some slight tune-ups. That’s no shade to the BMW i8, by the way. In fact, it’s a testament to the versatility of the core vehicle that it can lend easily to modern upgrades.

The BMW i8 E.N. ARMY Edition revises the electric hybrid sports car mold. Among the changes the Japanese tuner brought include a custom front bumper, carbon fiber intakes, and gold wheels. You also get flared wheel arches and modified rear buttresses. The result is a distinct vehicle oozing with personality. A matte-green coating rounds the whole thing out, while E.N. ARMY branding on the vehicle’s rear visors serve a subtly stylish edge.

In terms of performance, you won’t be disappointed. EVE.RYN decided to leave the powertrain be, which is good since it was pretty excellent to begin with. You get 369 ponies, for starters, and that’s just the beginning. You’ll also find a bespoke carbon fiber diffuser and rear wing for aerodynamic design improvements. It’s a staggering achievement, and you can learn more by hitting the link below. 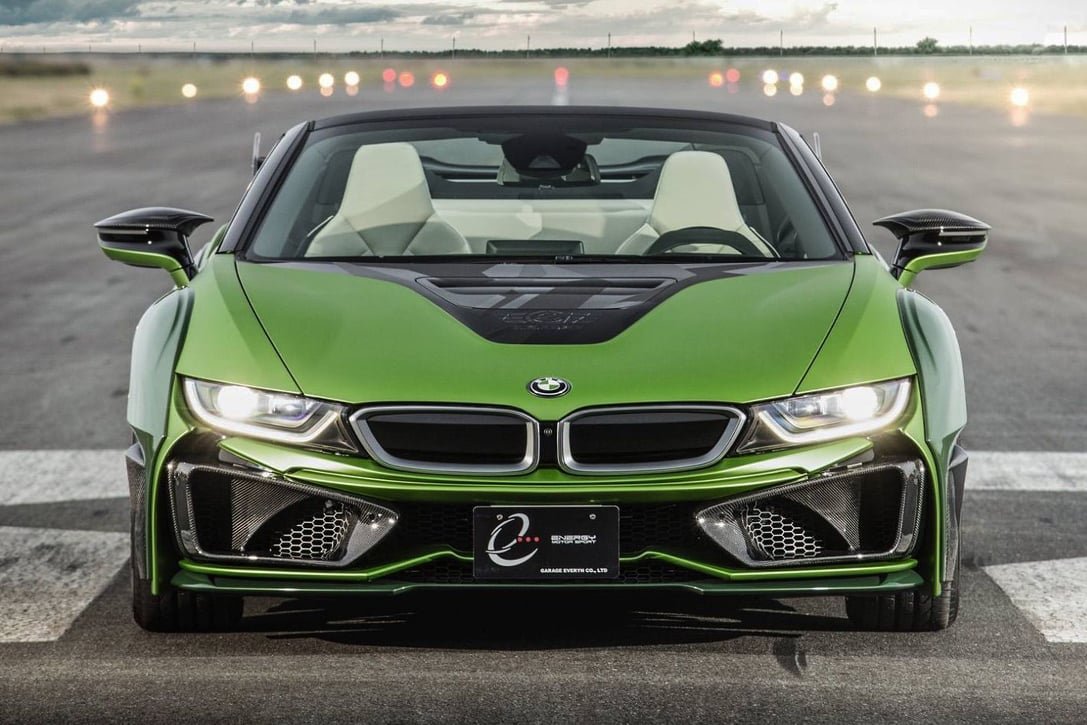 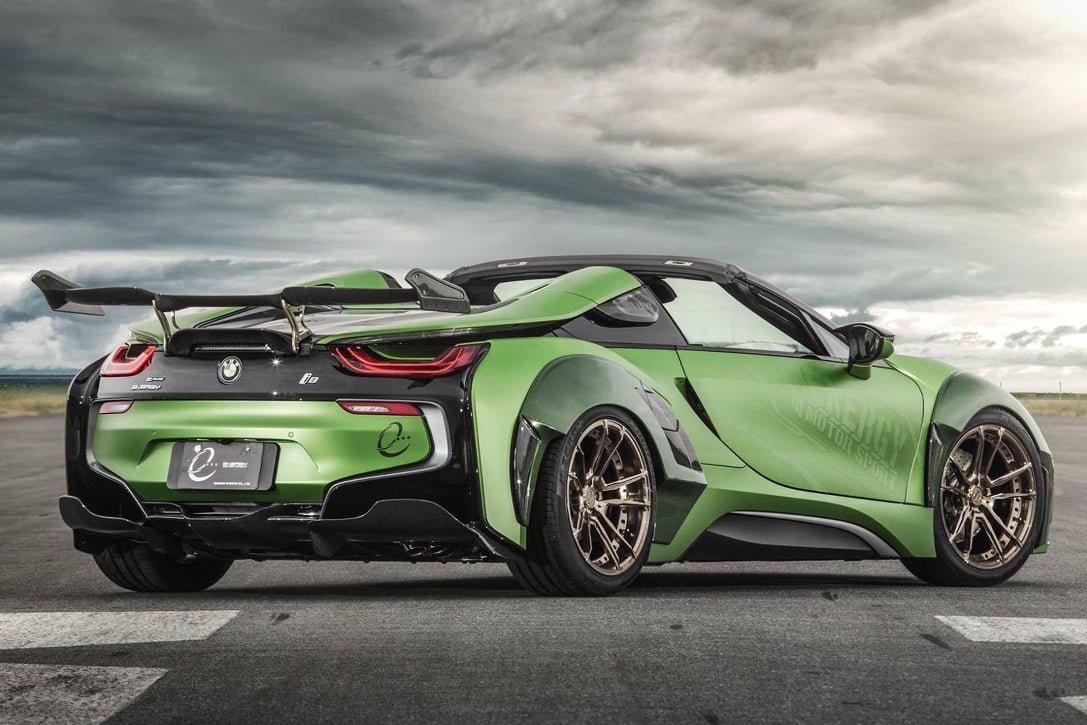 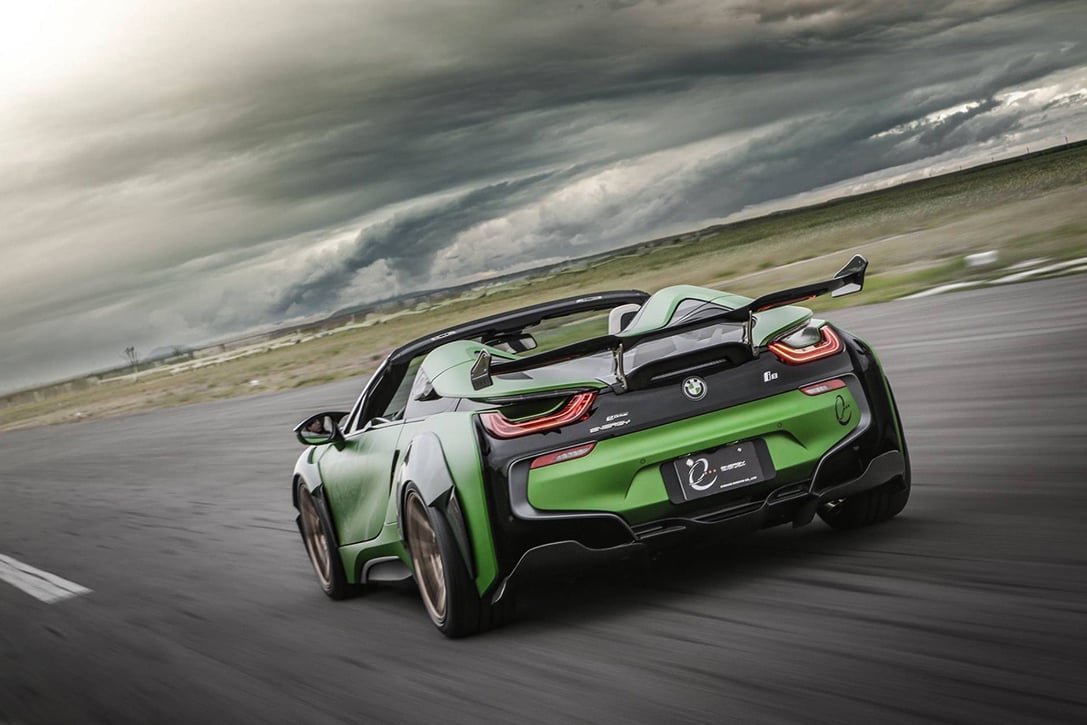 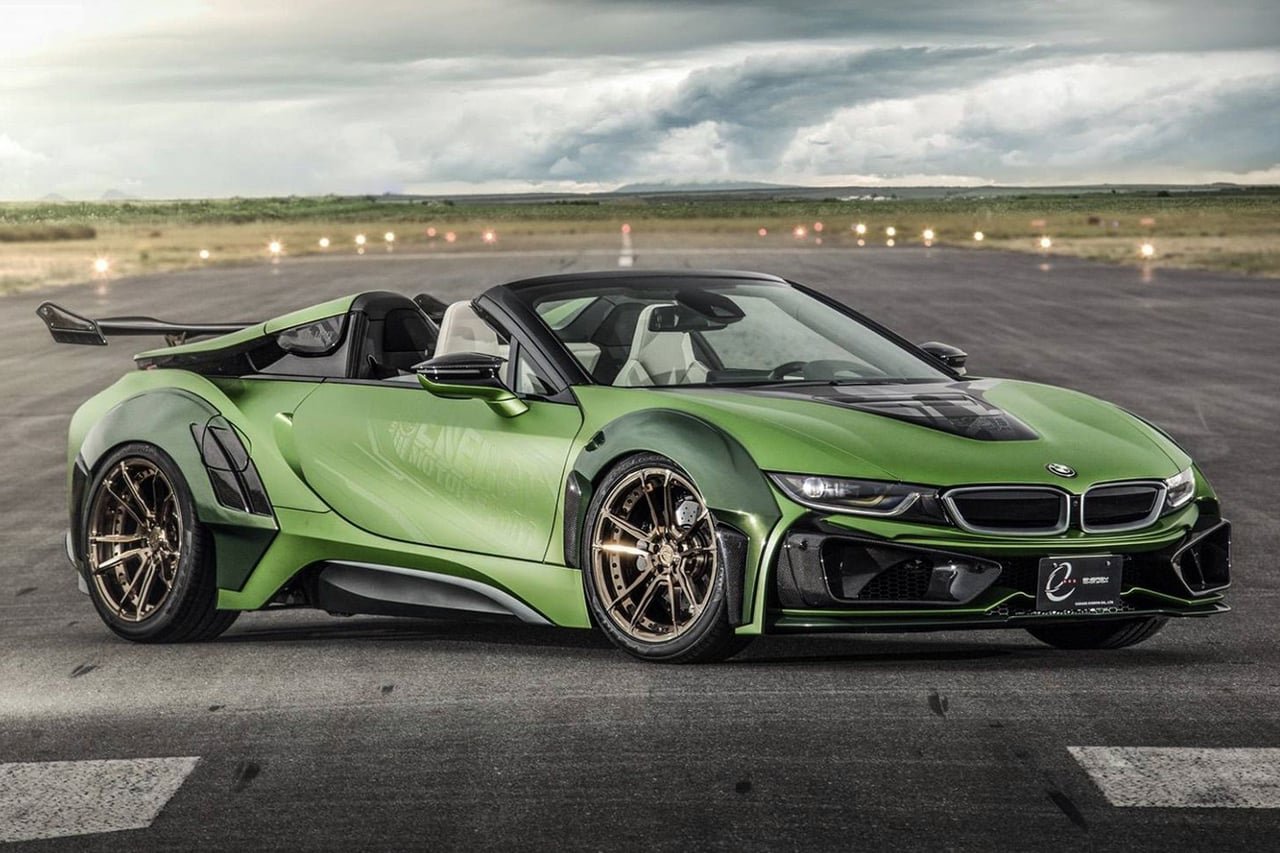