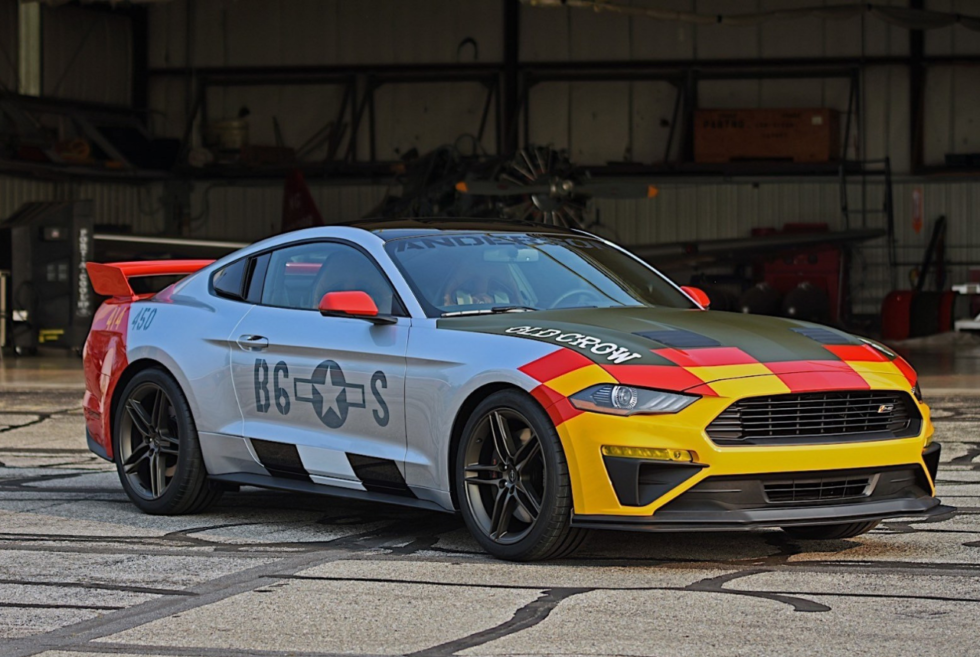 Another spectacular collaboration is zooming your way as Ford and ROUSH Performance presents a wild new ride. It is drawing inspiration from the P-51 Mustang fighter planes of the U.S. Army Air Force during World War II. To be specific, the one flown by Colonel Bud Anderson who was a badass ace pilot of his time. Paying homage to his nickname is the 2019 Ford X ROUSH Performance Mustang GT Old Crow.

This special one-off model just looks insane with the special graphics that adorn its sleek sporty body. Details such as the red, yellow, and olive paint cover the front end and extend up toward the windshield. Moreover, the “Old Crow” text can be found on each side of the hood.

Meanwhile, looks closely to spot the P-51 badge sitting on the right portion of the black grille. Layers of red can likewise be seen coating the side mirrors and the tail end portion of this pony car. A quick tour inside the cabin reveals that the fighter plane theme extends to the brown leather seats, olive dash, and red accents all around.

The stock 5.0-liter V8 engine gets an insane boost from a ROUSH Performance TVS R2650 supercharger. This combination allows it to pump out 710 horsepower and 610 lb-ft of torque. To keep the temperature of this monster setup in check, the tuning shop is slapping on a new cold air induction system. The 2019 Ford X ROUSH Performance Mustang GT Old Crow will make its public appearance at the 2019 EEA AirVenture event. Shortly after it will go up for auction with the proceeds going to the host’s aviation programs.

More details about it here 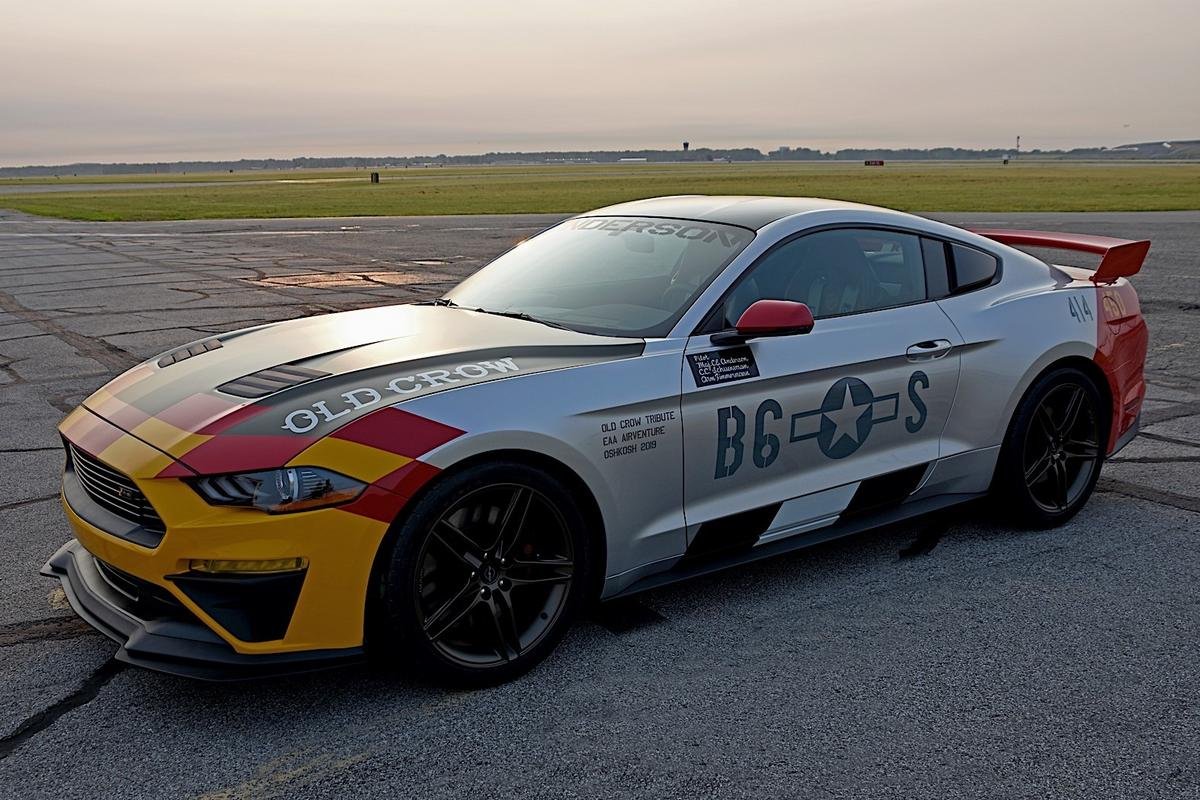 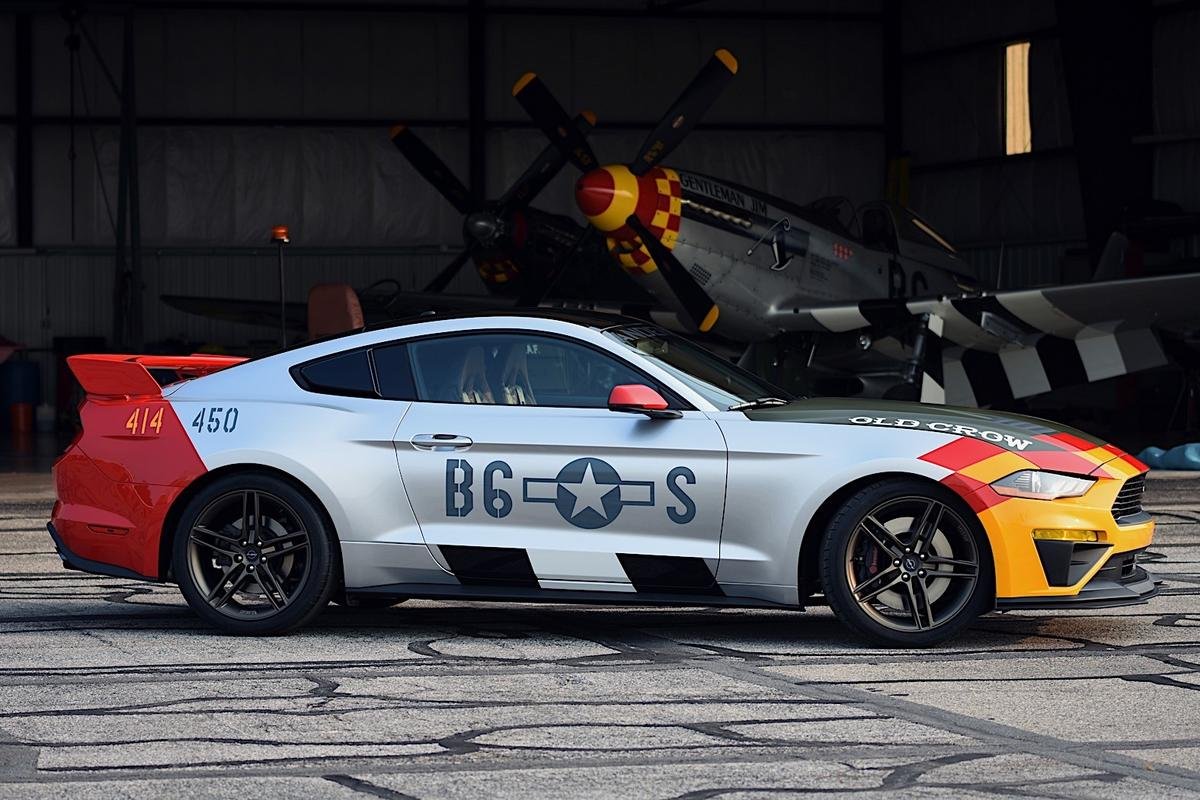 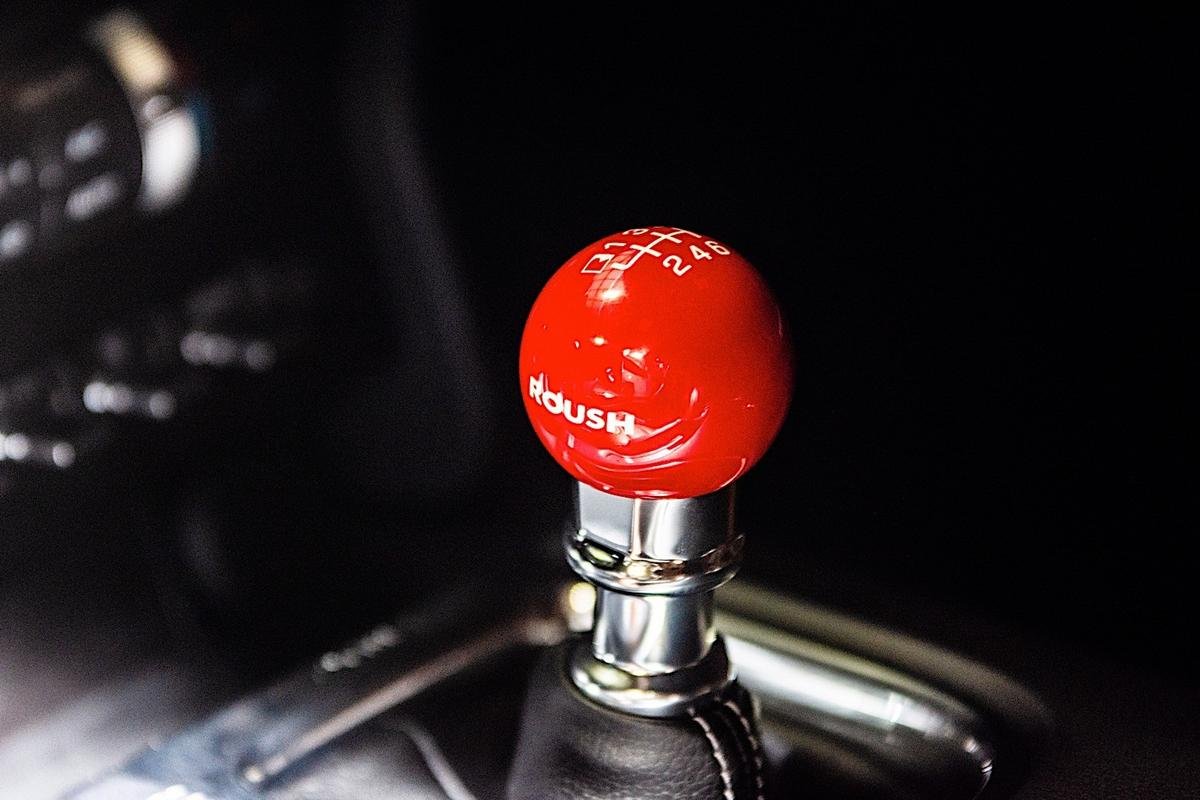 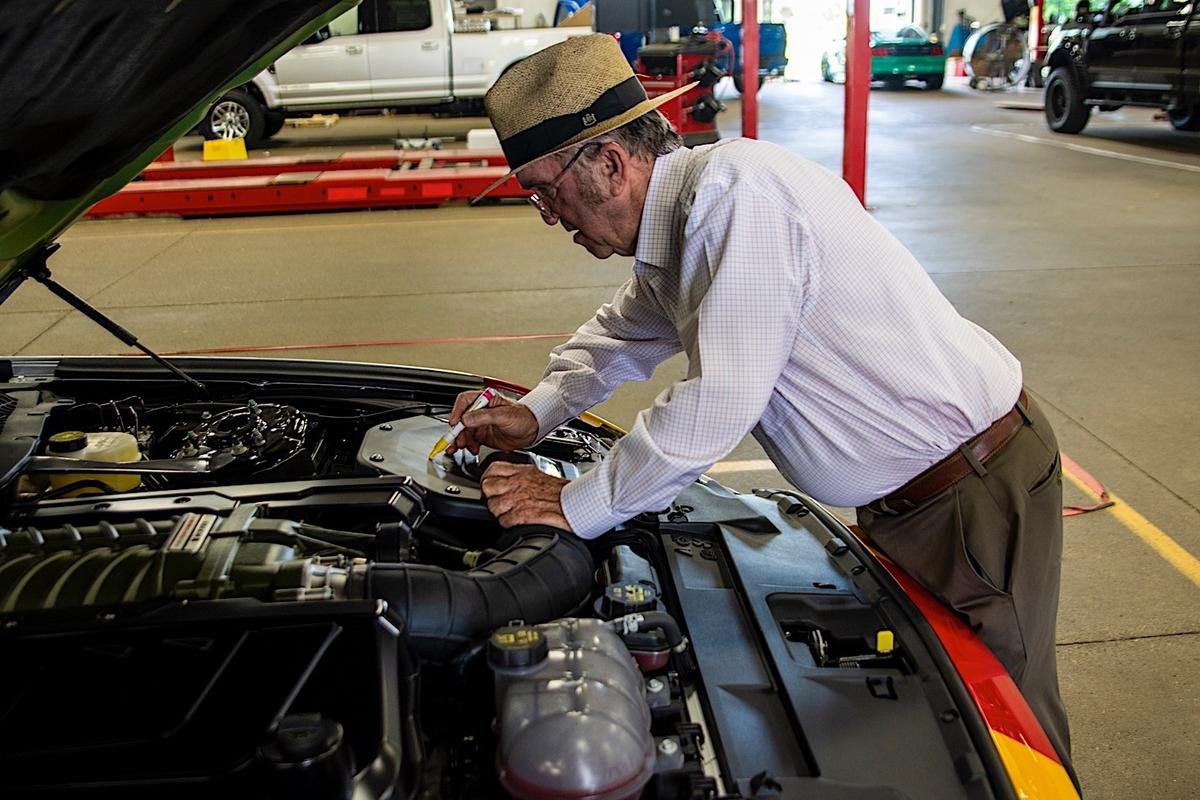 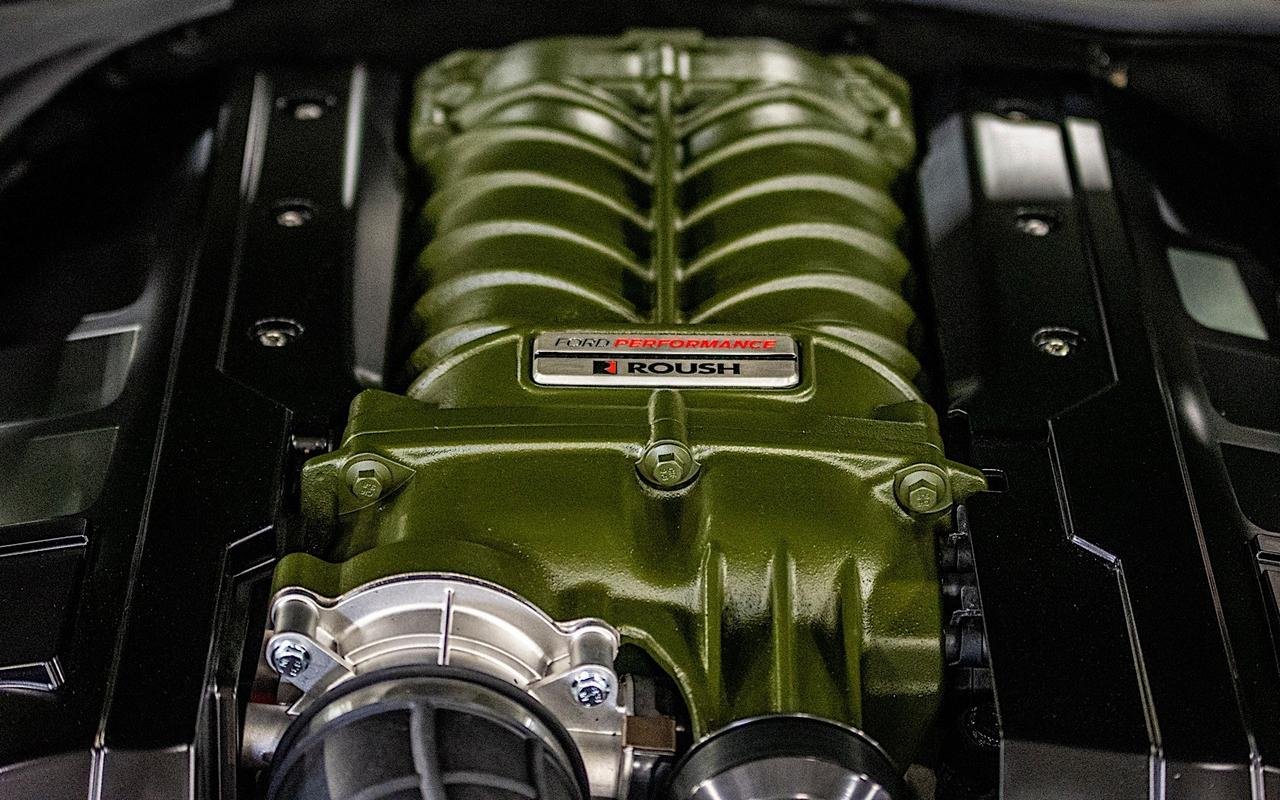 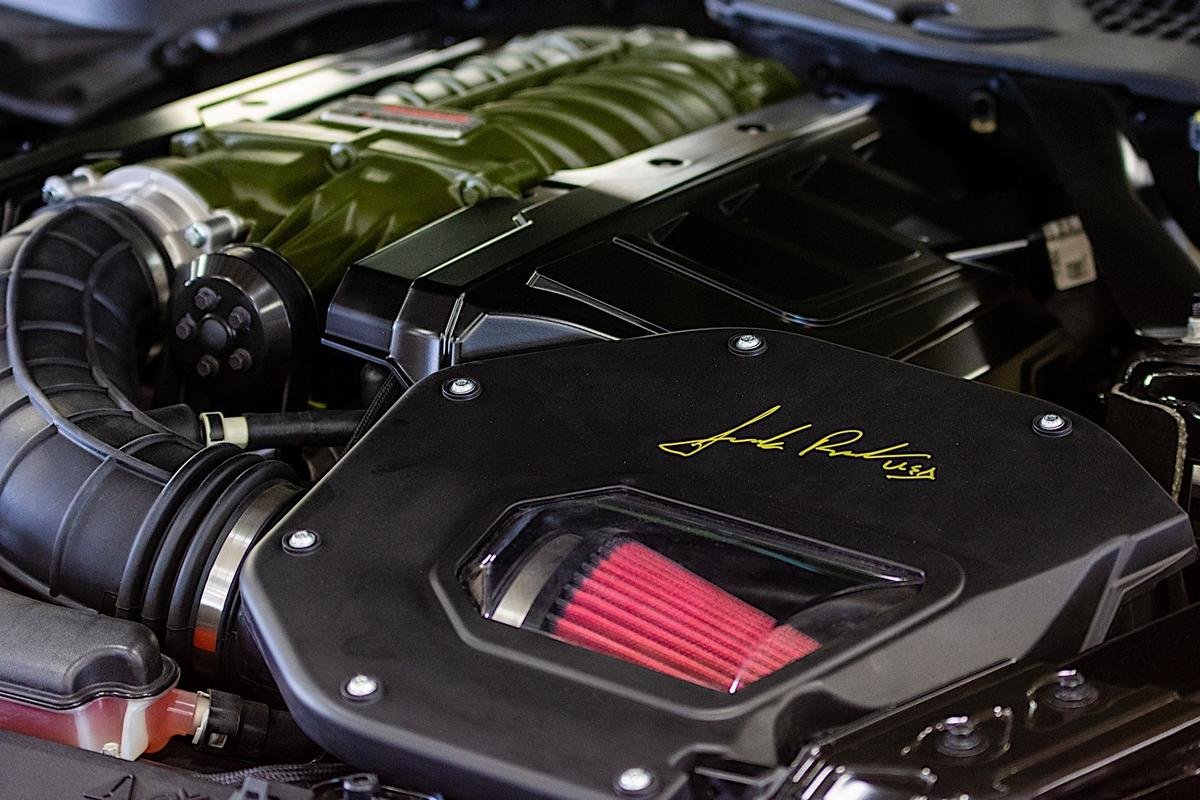 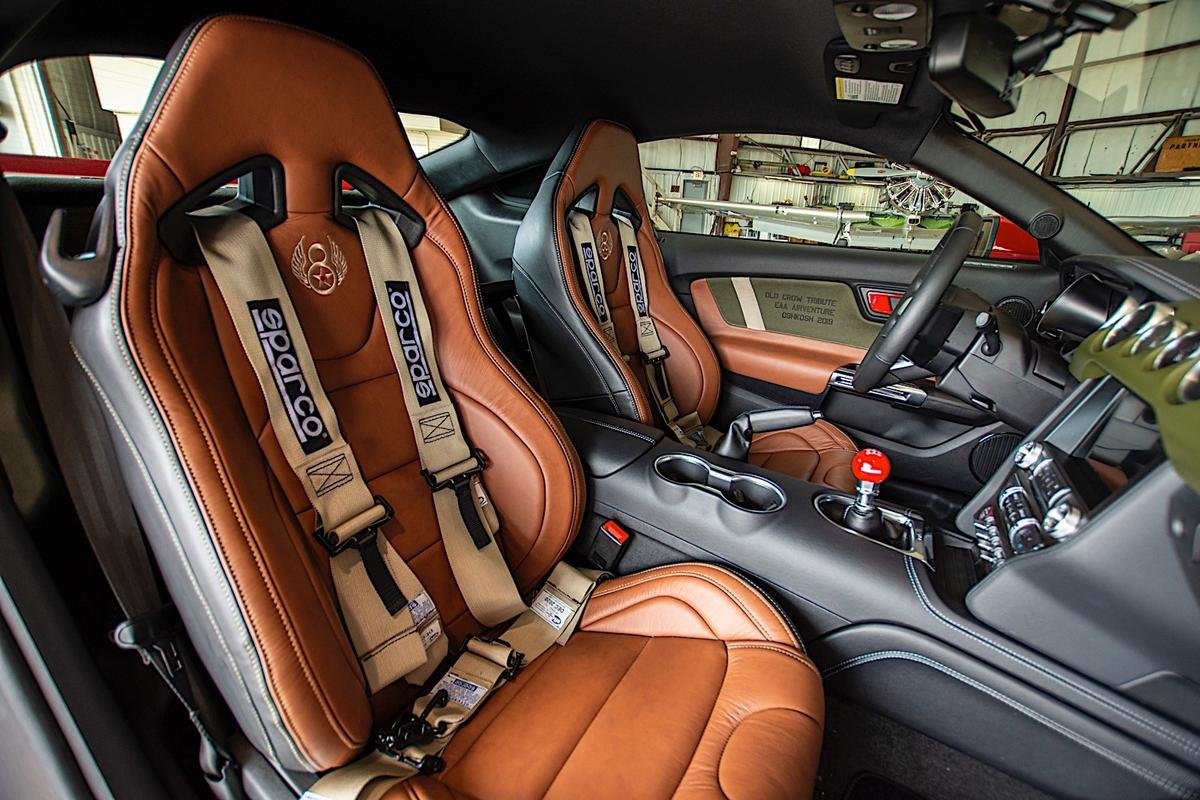 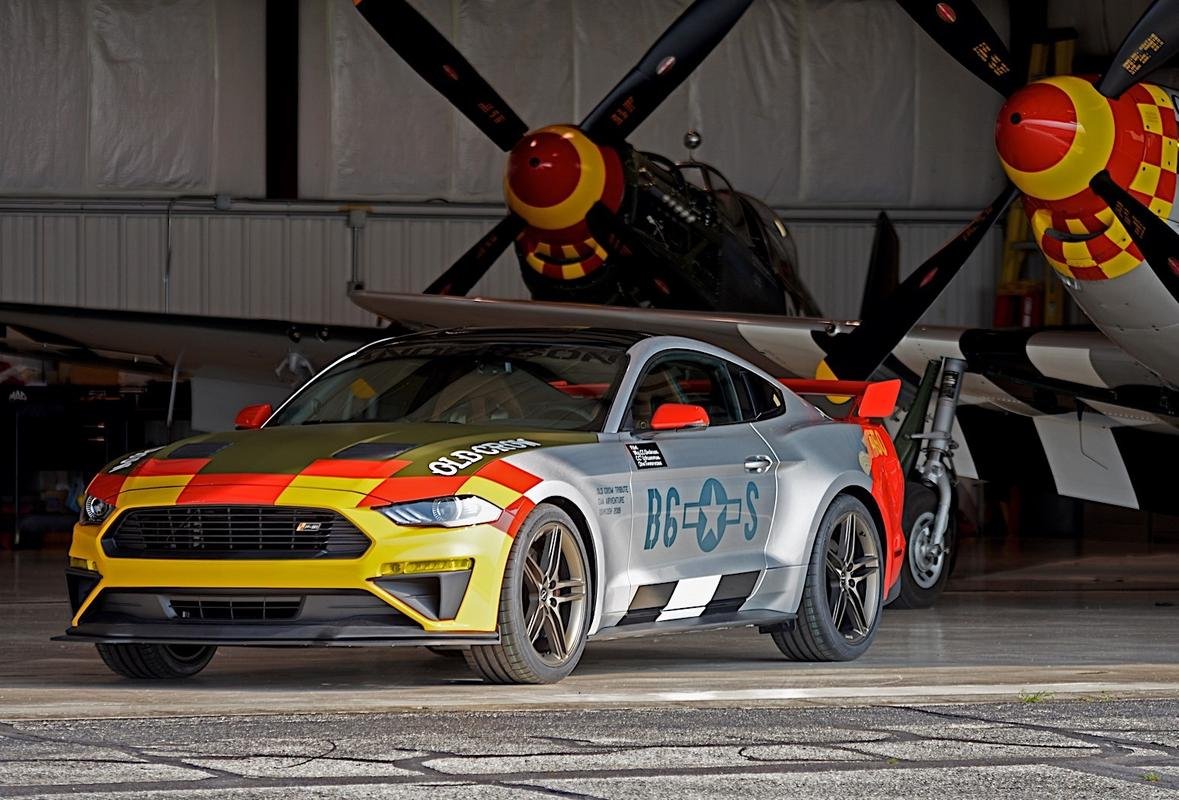