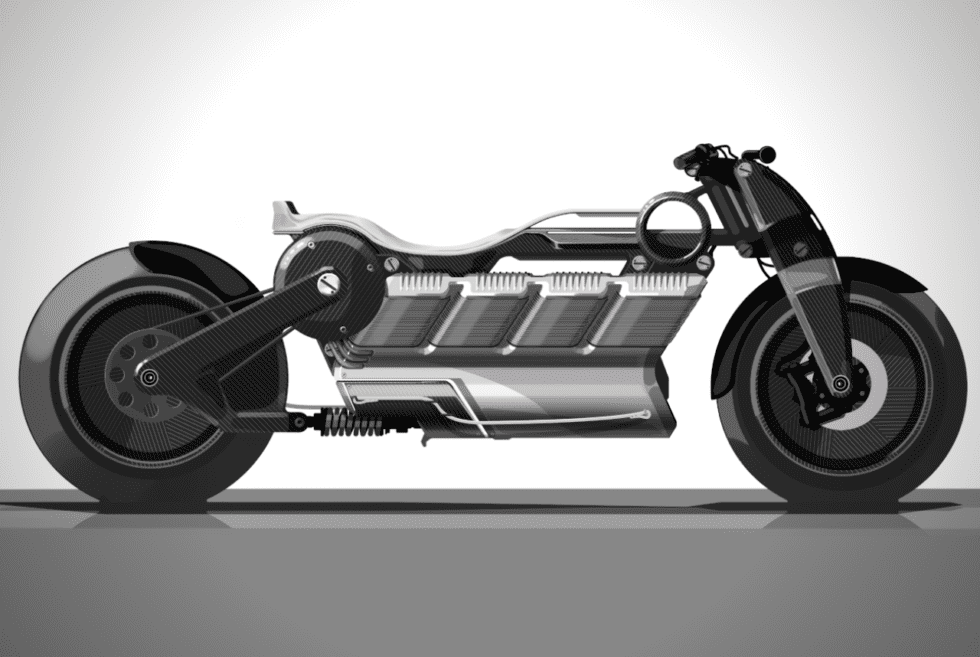 Newly rebranded Curtiss Motorcycles (it went by Confederate Motorcycles) shows off its second electric motorcycle concept after the Zeus. It’s called the Curtiss Hera, another proof of the company’s obsession with Greek mythology.

The Hera is based on the V8-powered motorcycle American aviation and motorcycling pioneer Glenn Curtiss used to set a land record of over 136mph back in 1907. Here’s how Matt Chambers, CEO of Curtiss, describes its new concept bike:

“With Hera, we set out to create the world’s most luxurious motorcycle. Featuring the world’s first V8 battery architecture, an ultra-powerful, yet refined, E-Twin motor, and a 66-inch wheelbase, Hera will occupy a class all her own.”

While Hera’s design borrows heavily from Curtiss’ (the man, not the brand) V8 motorcycle, the company took several liberties to modernize it. The most notable is the lithium-ion batteries, which replaces the traditional 8-cylinder engine typical on Curtiss’ other bikes. Hera’s batteries come in two banks of four, resembling a petrol V8. The company has coined a name for it — V8 battery architecture. Curtiss is light on details, but says Hera boasts a speed that would leave its historical counterpart in the dust.

There’s no information on the actual specs of Curtiss Hera yet, which makes perfect sense considering this is still in the concept stage. But it’s safe to expect some serious top-notch performance yields if only for the fact that Curtiss is already bragging about it even though the bike’s not due until 2020.

Although The FF7 From Ultraviolette Automotive Looks Like A Superbike, its specs and performance reveal otherwise.