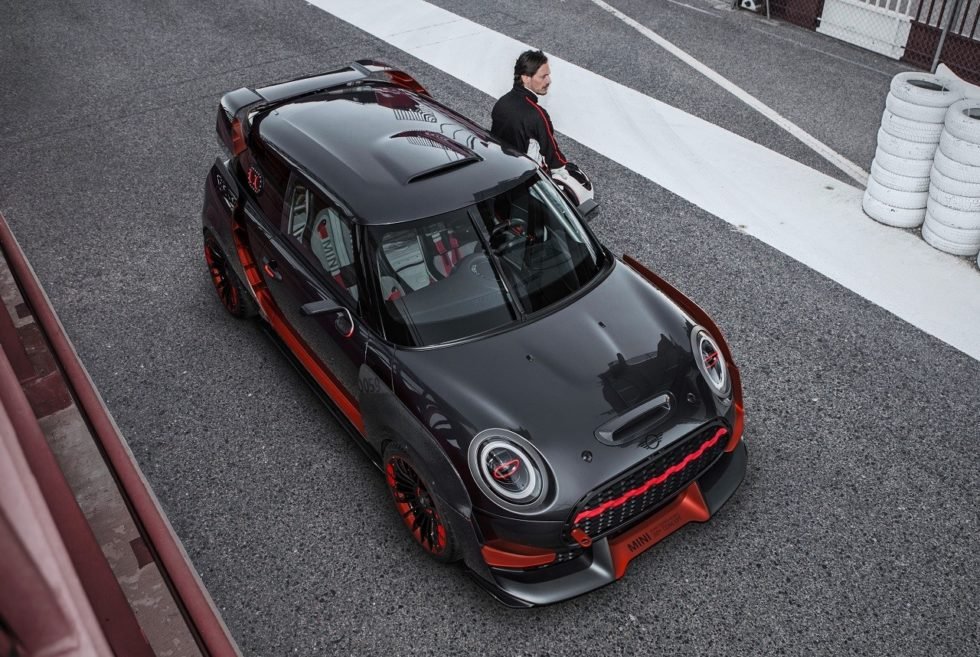 As before, the back seat and parcel shelf have been removed to make room for a stiffened roll cage. Inside are racing seats with 5-point attachments, both a digital instrumentation cluster and a heads-up display, and paddle shifters on the steering wheel.

While no specifications have been released about engine capabilities, the new BMW Mini John Cooper Works BP Concept has air scoops everywhere. Starting with the hexagonal honeycomb radiator grille and front aprons there is another cut into the hood. The prominent roof spoiler in the rear provides an extra element of dynamic focus. This is a Mini with an attitude and we can but hope it will soon be green-lit for production. 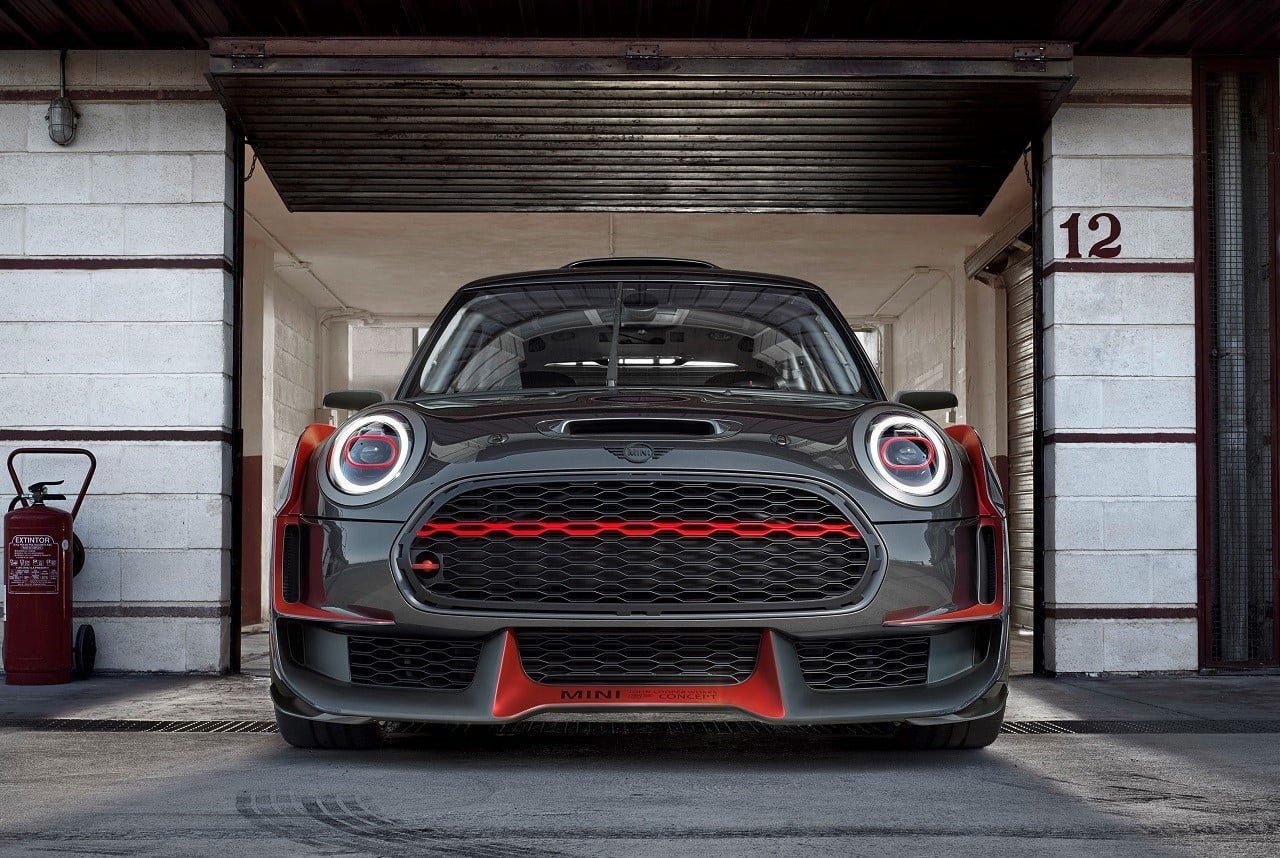 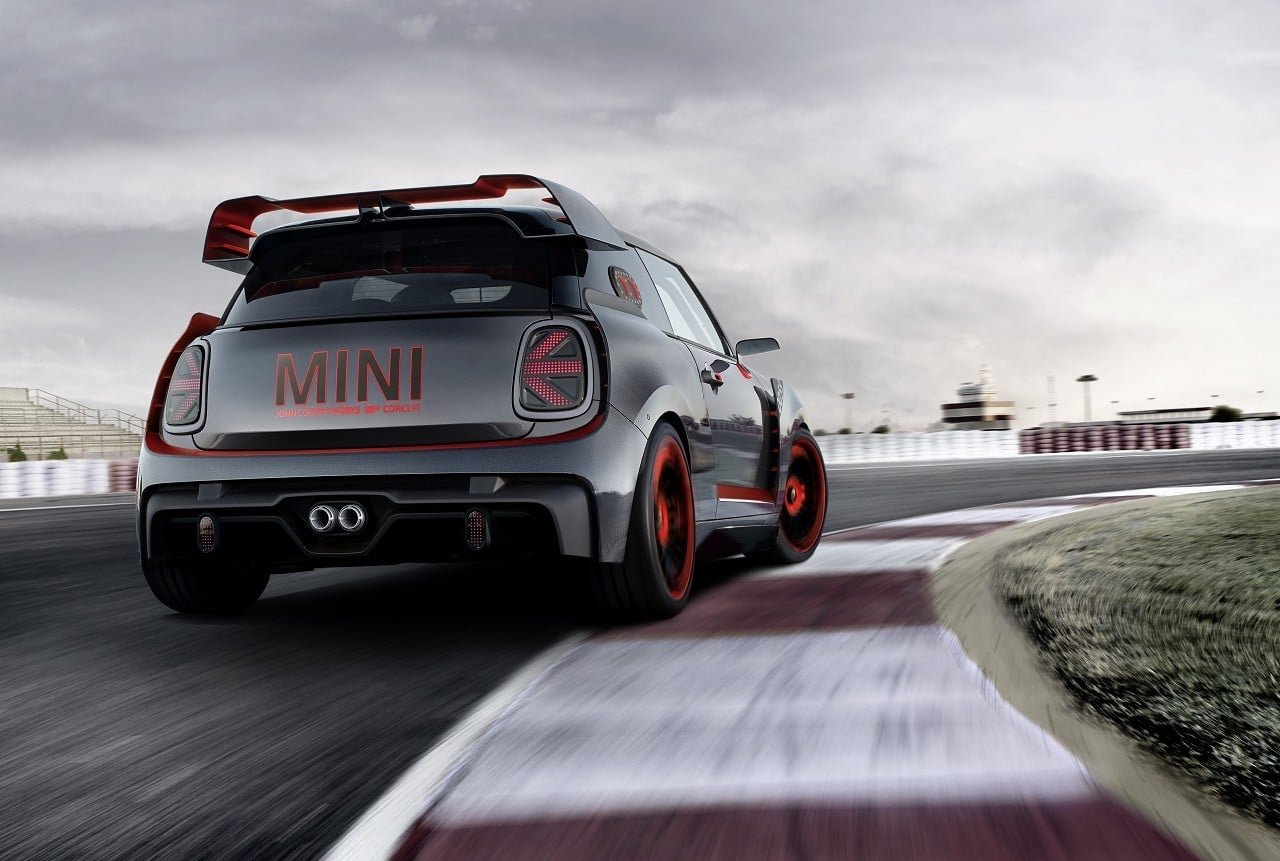 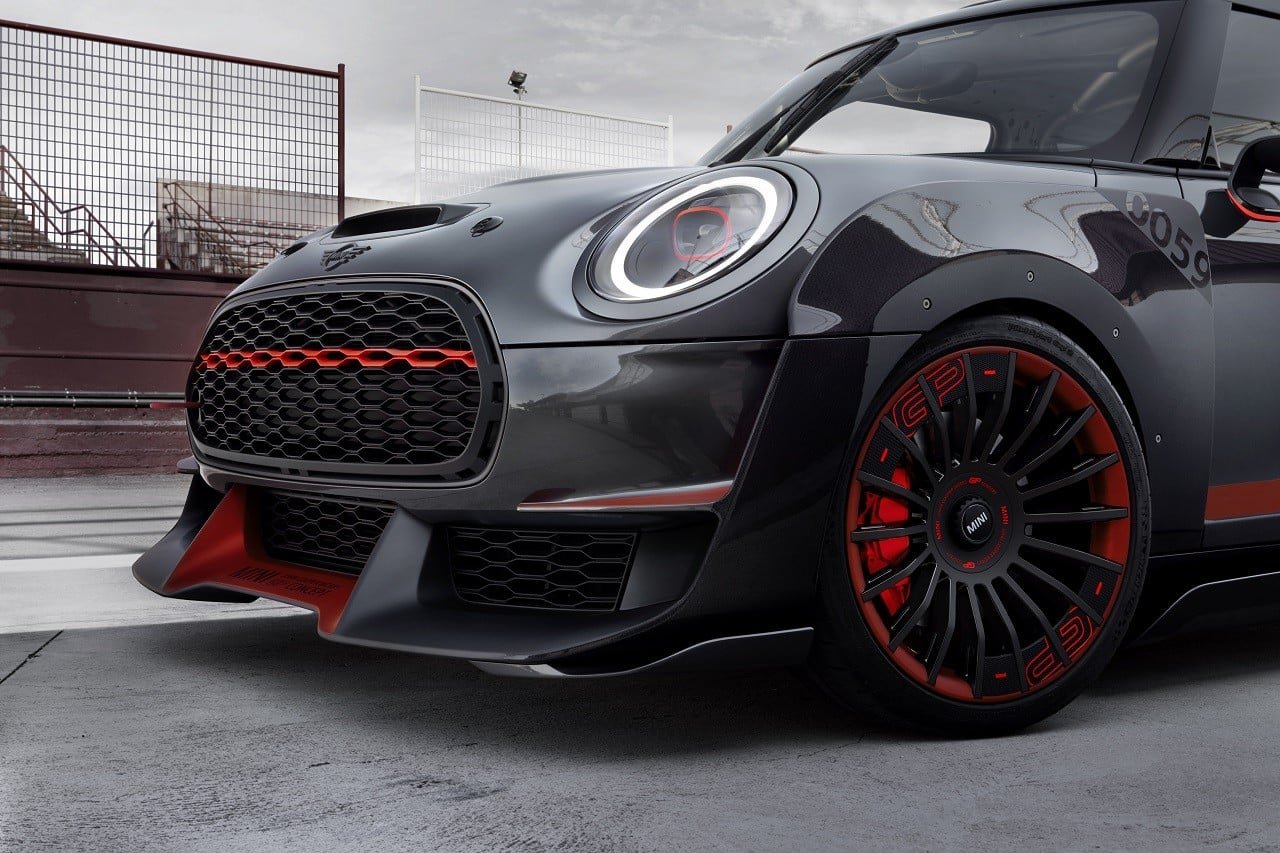 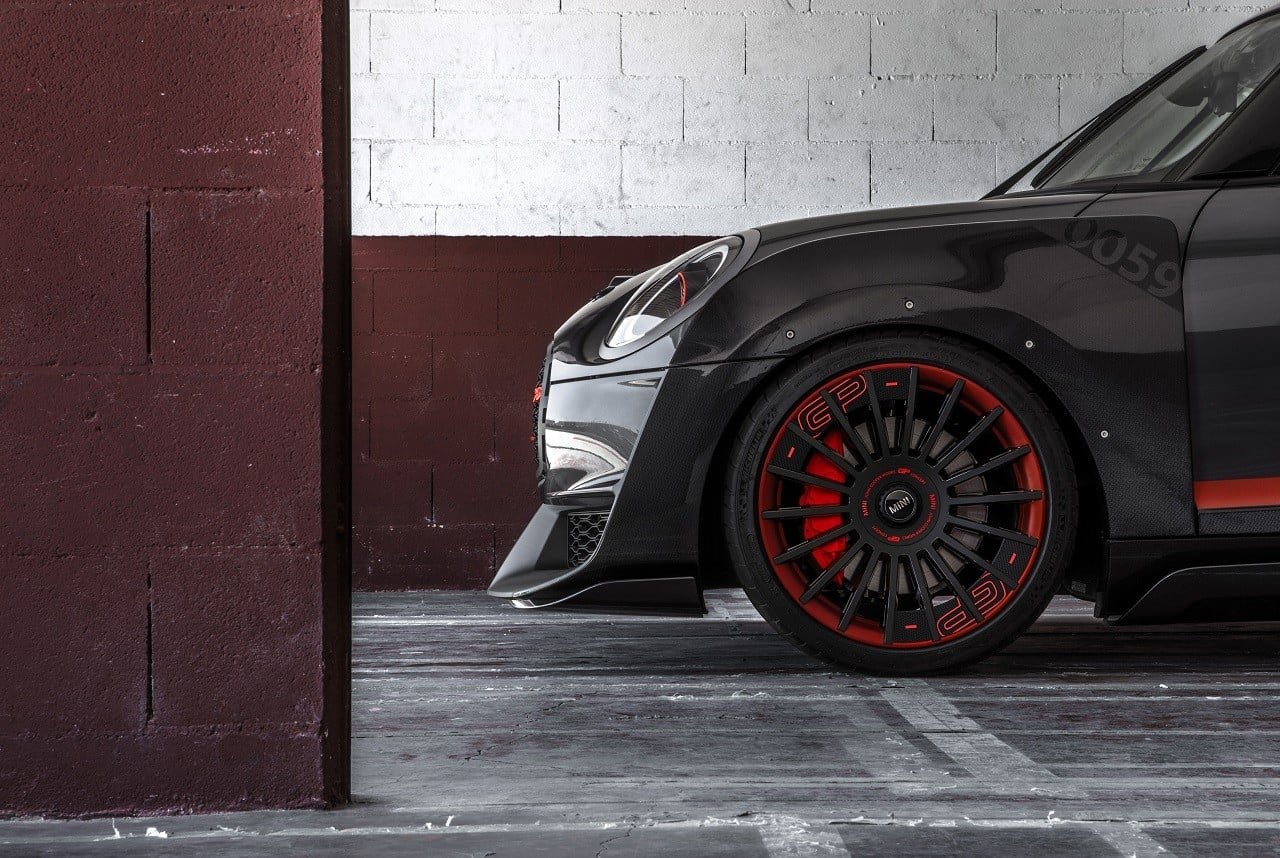 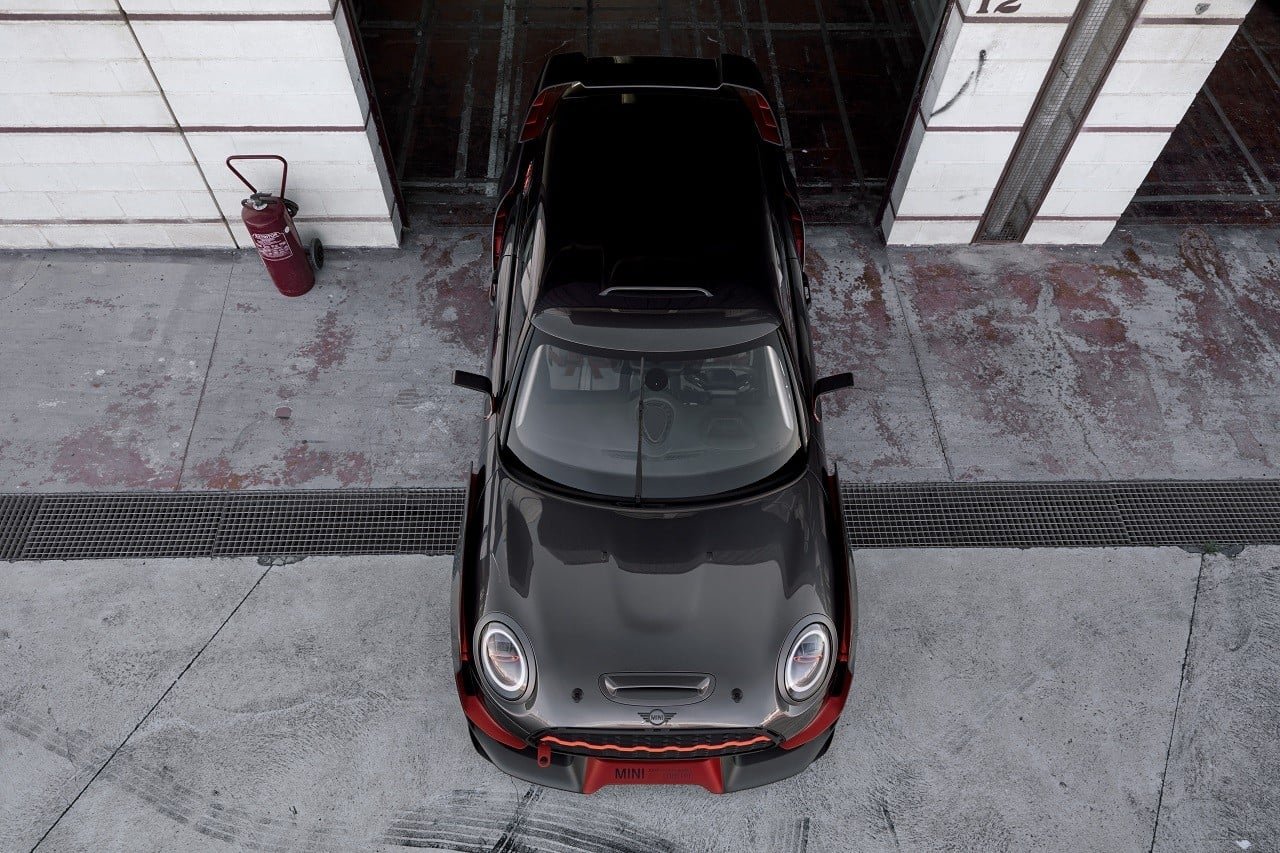 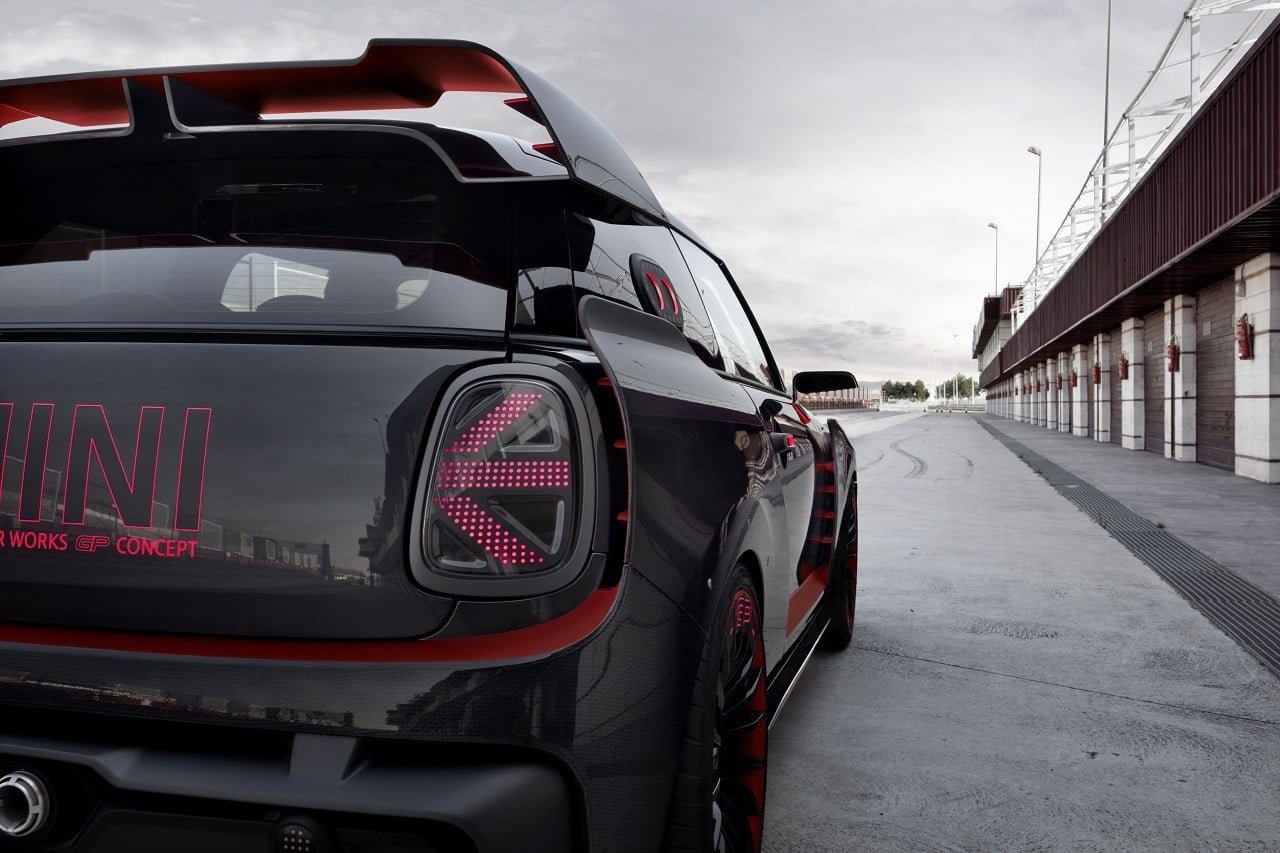 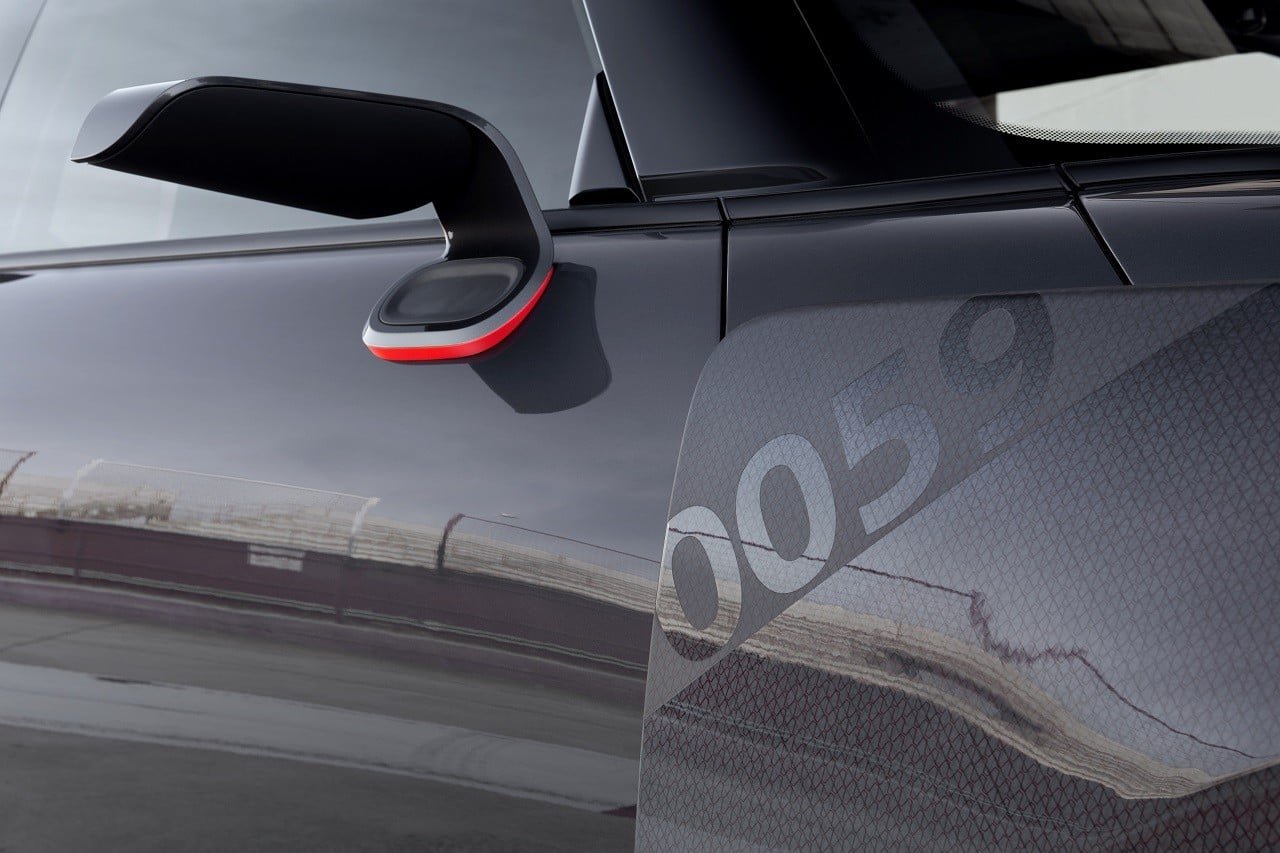 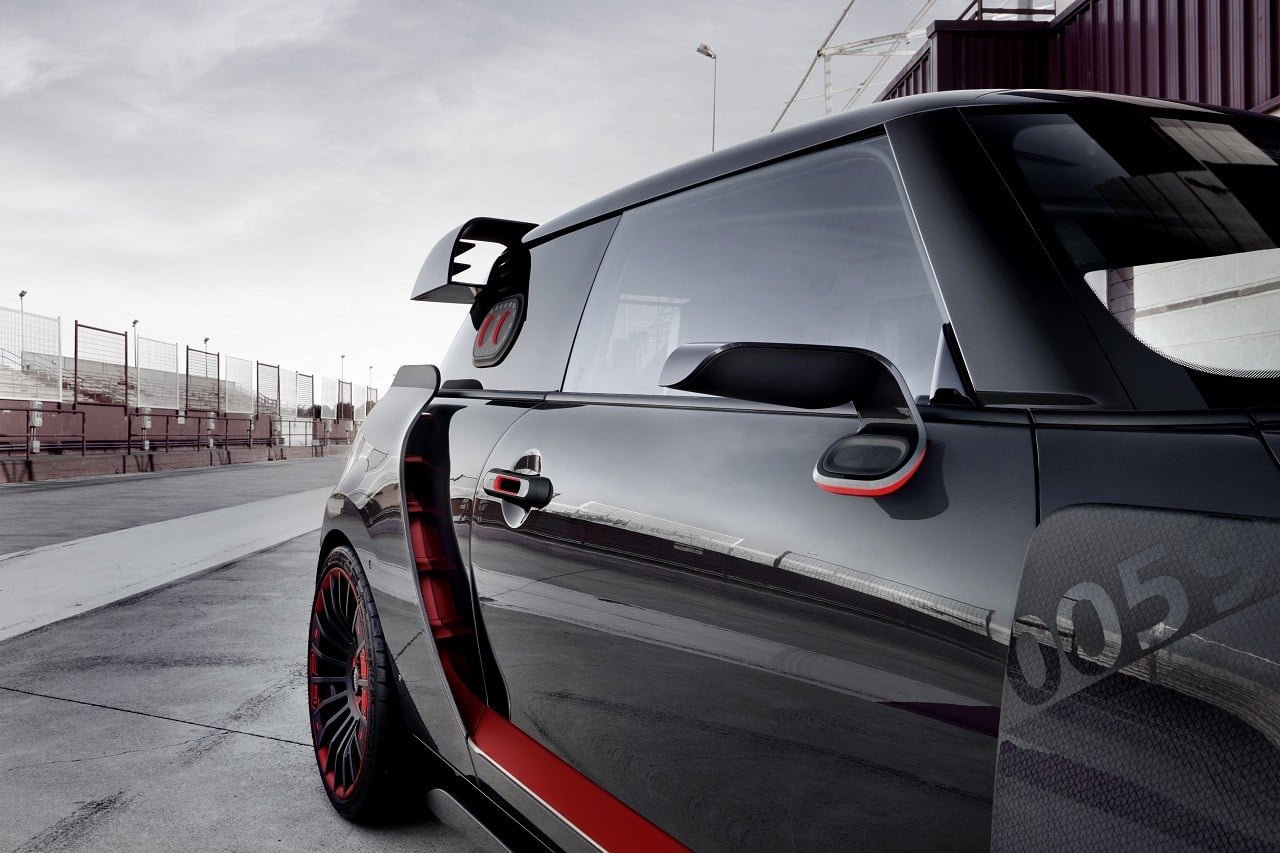 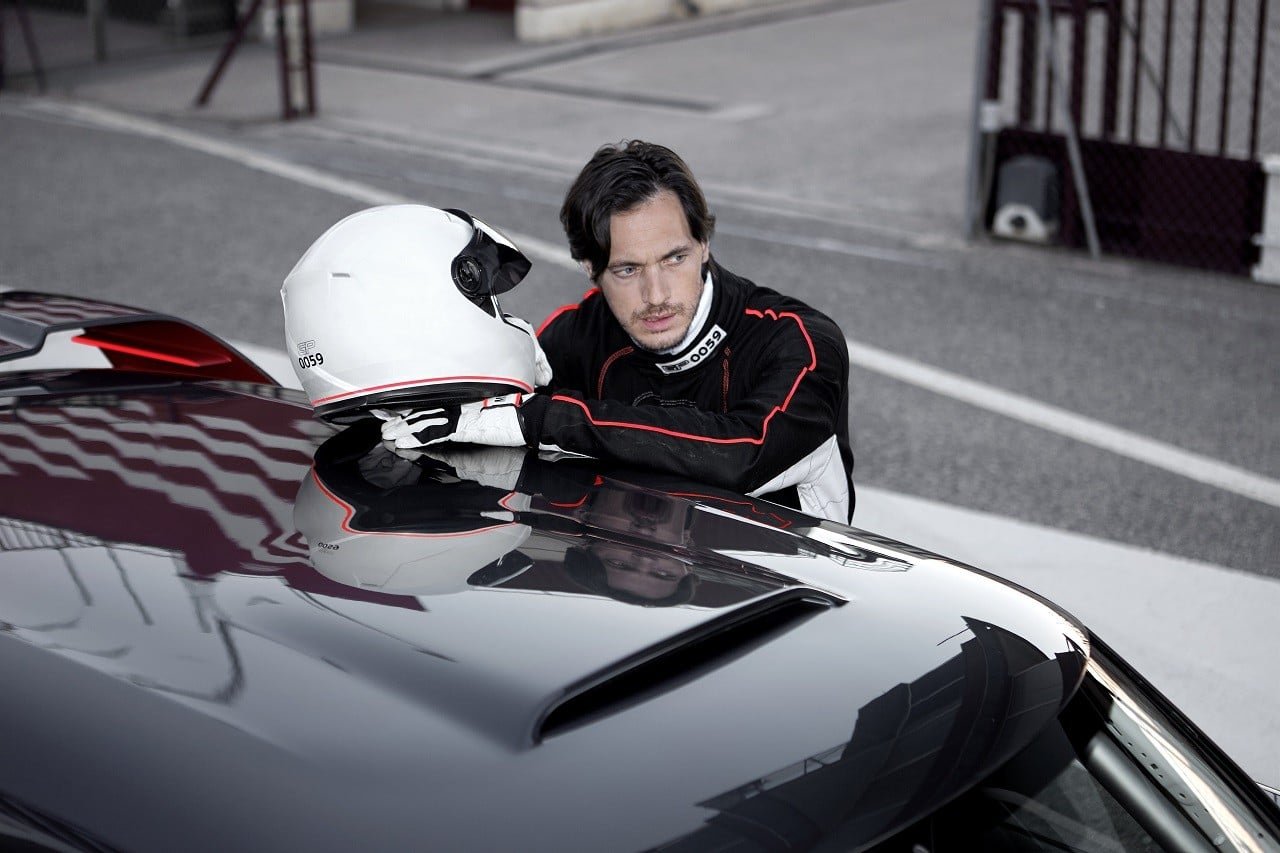 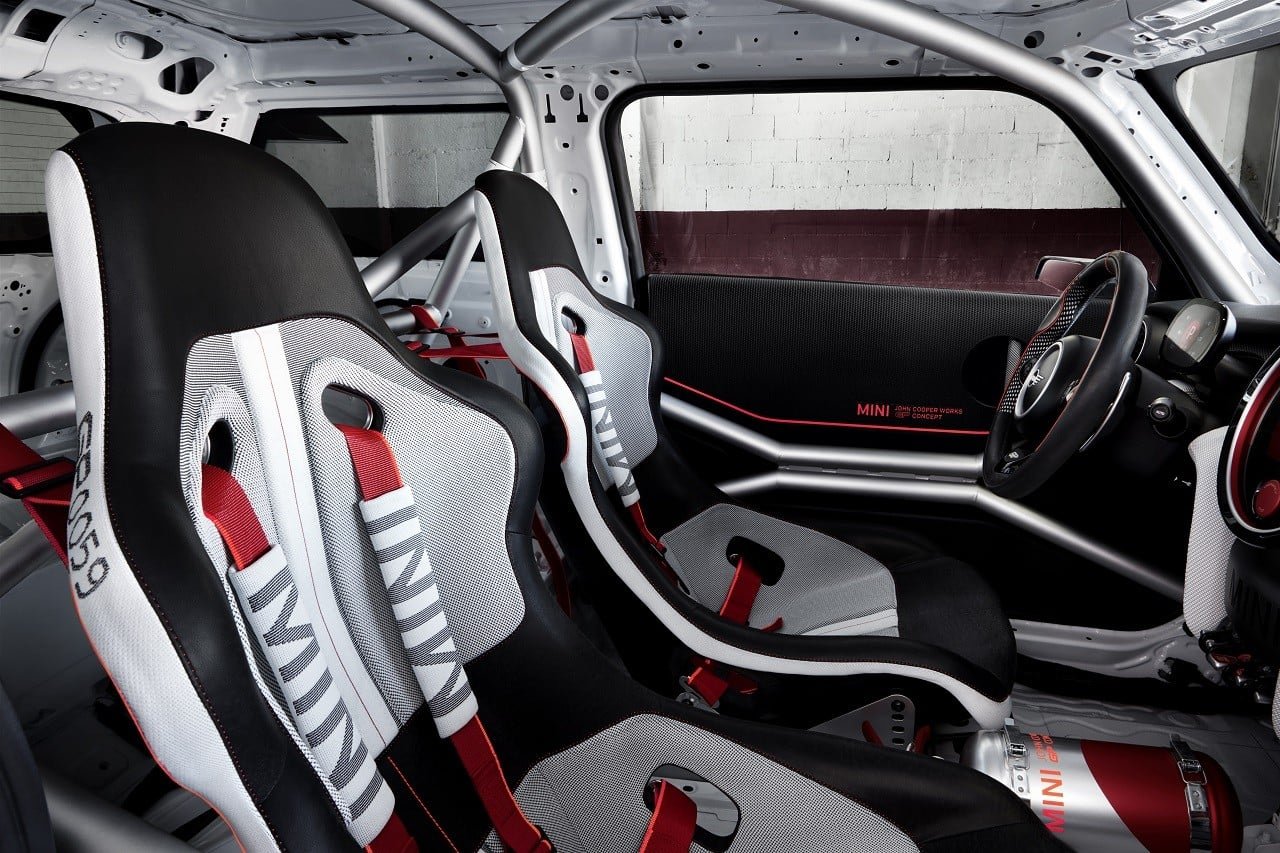 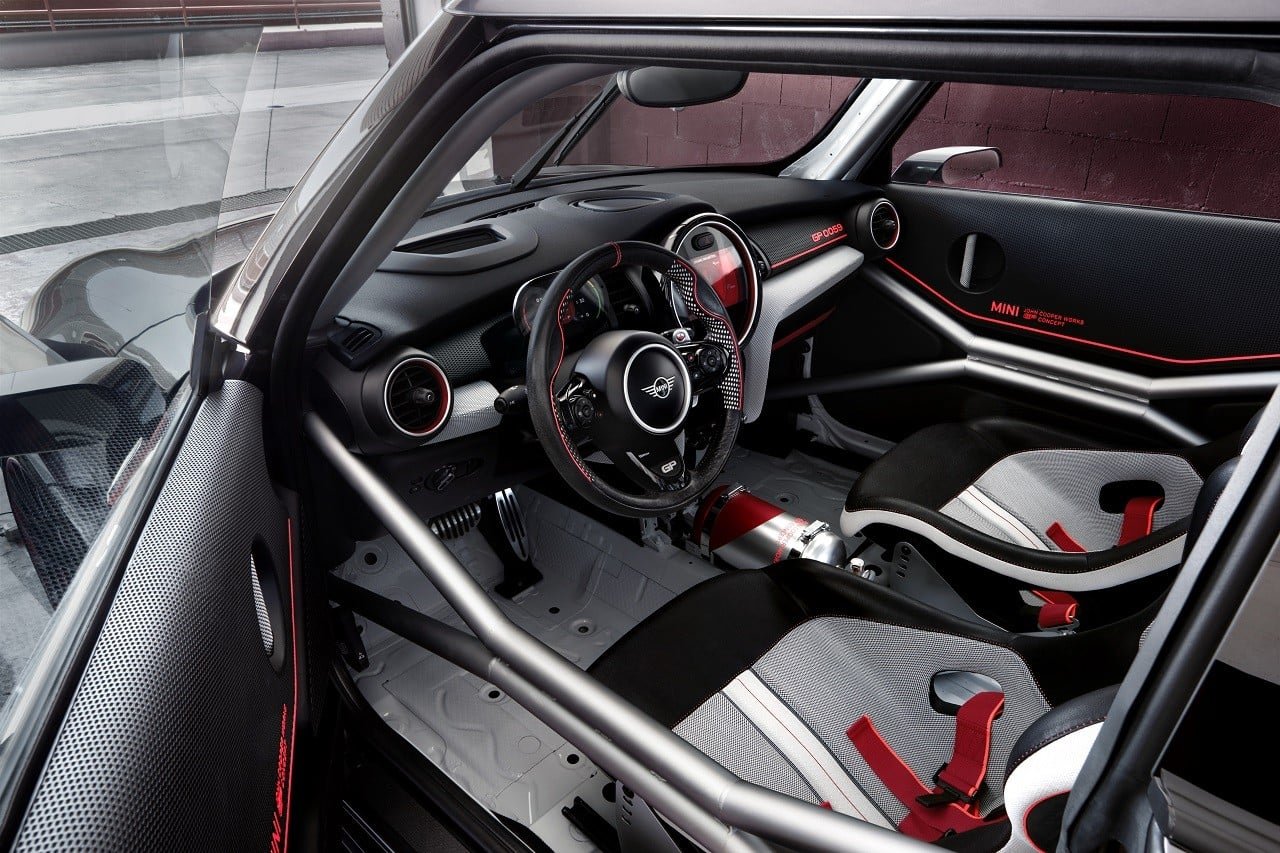 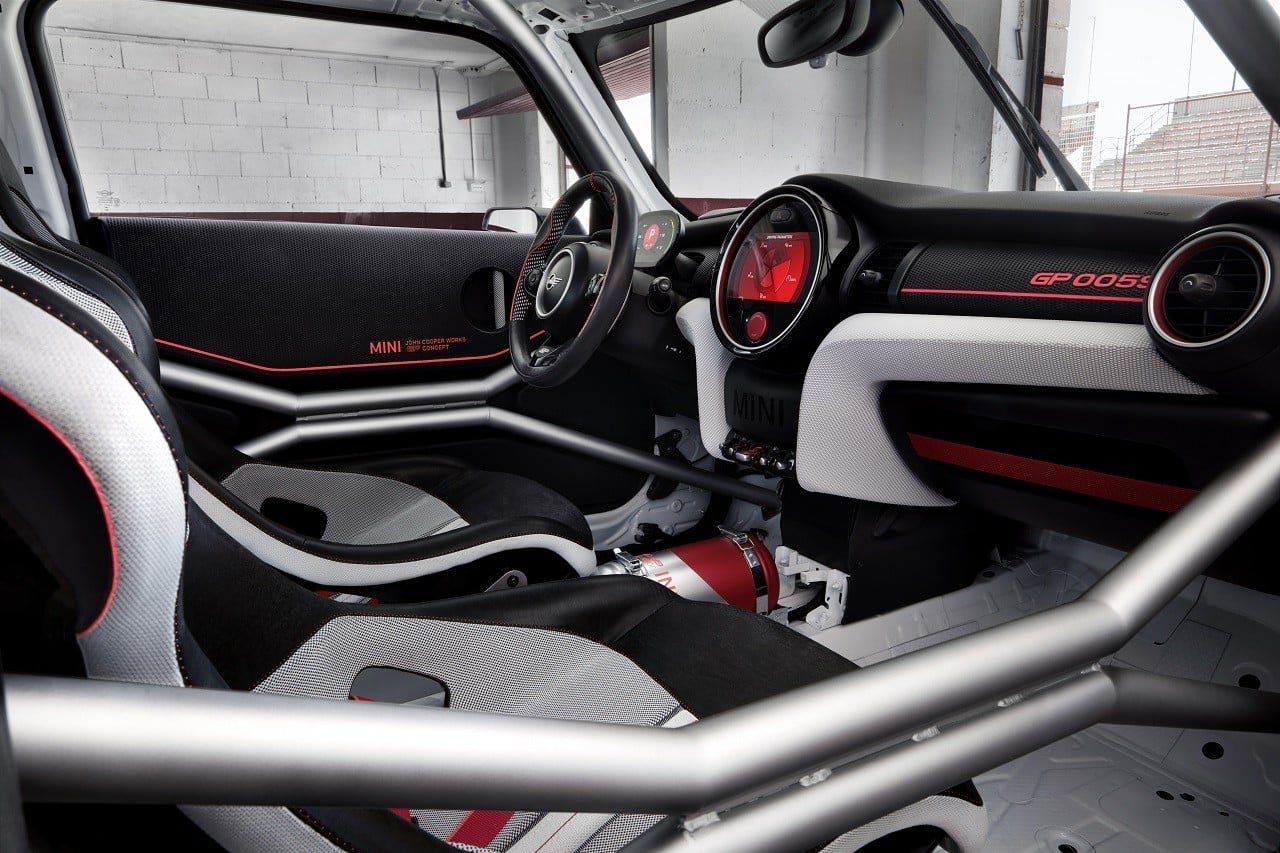 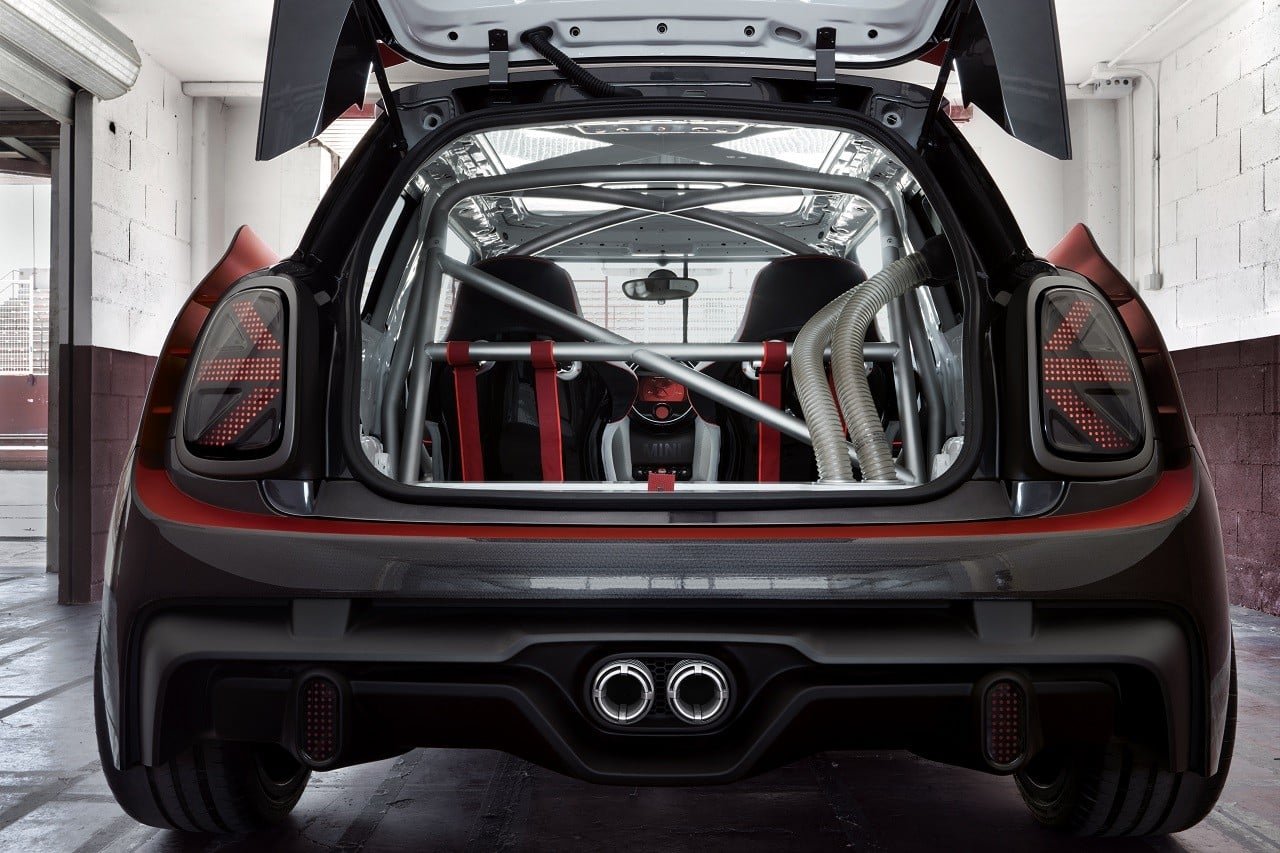 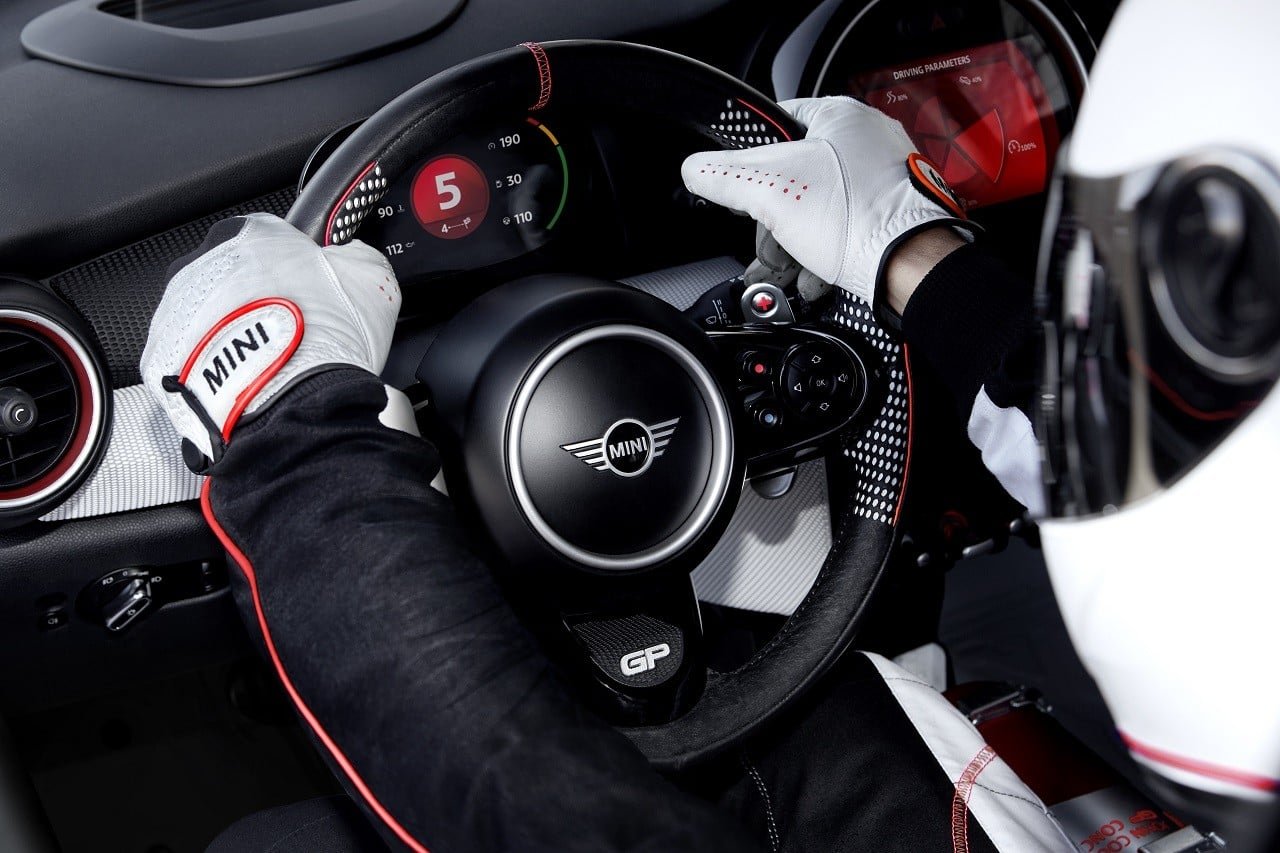 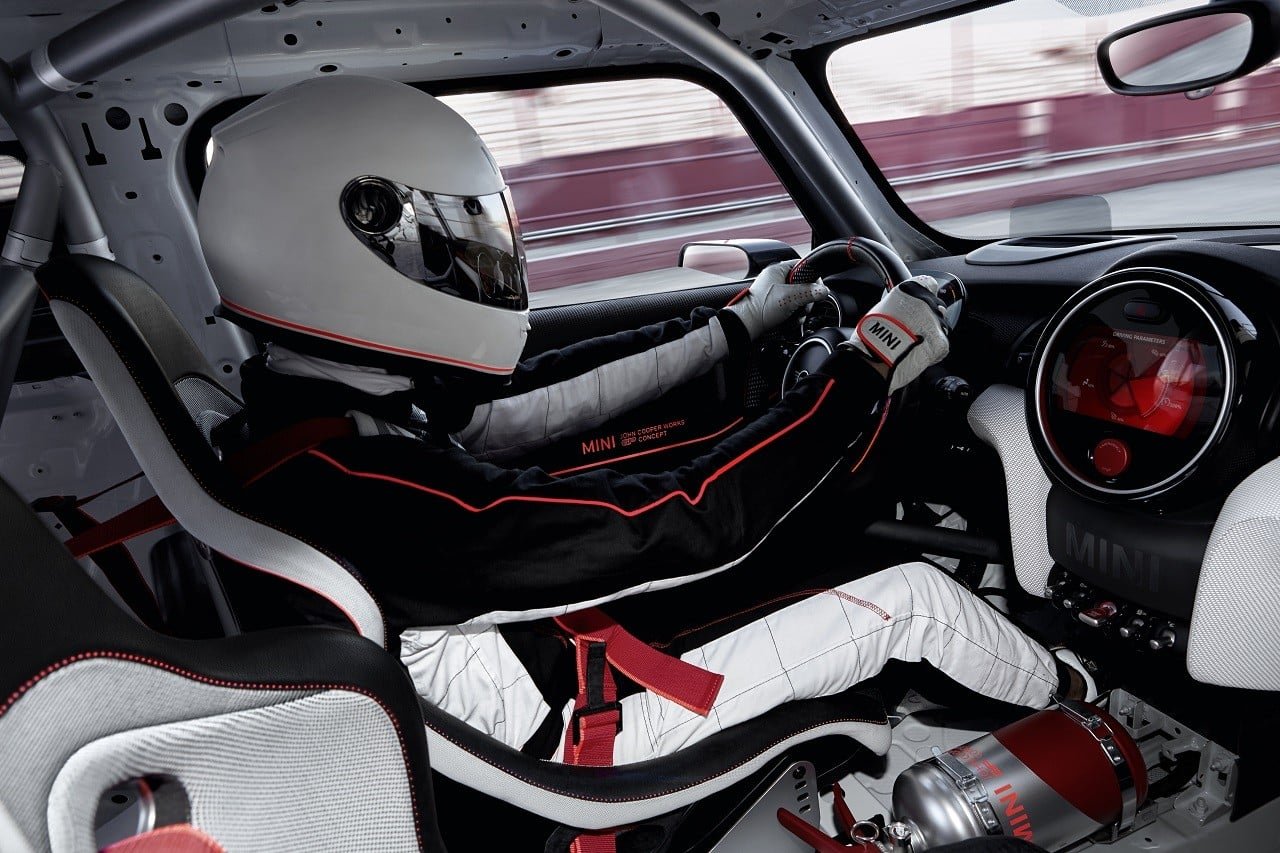 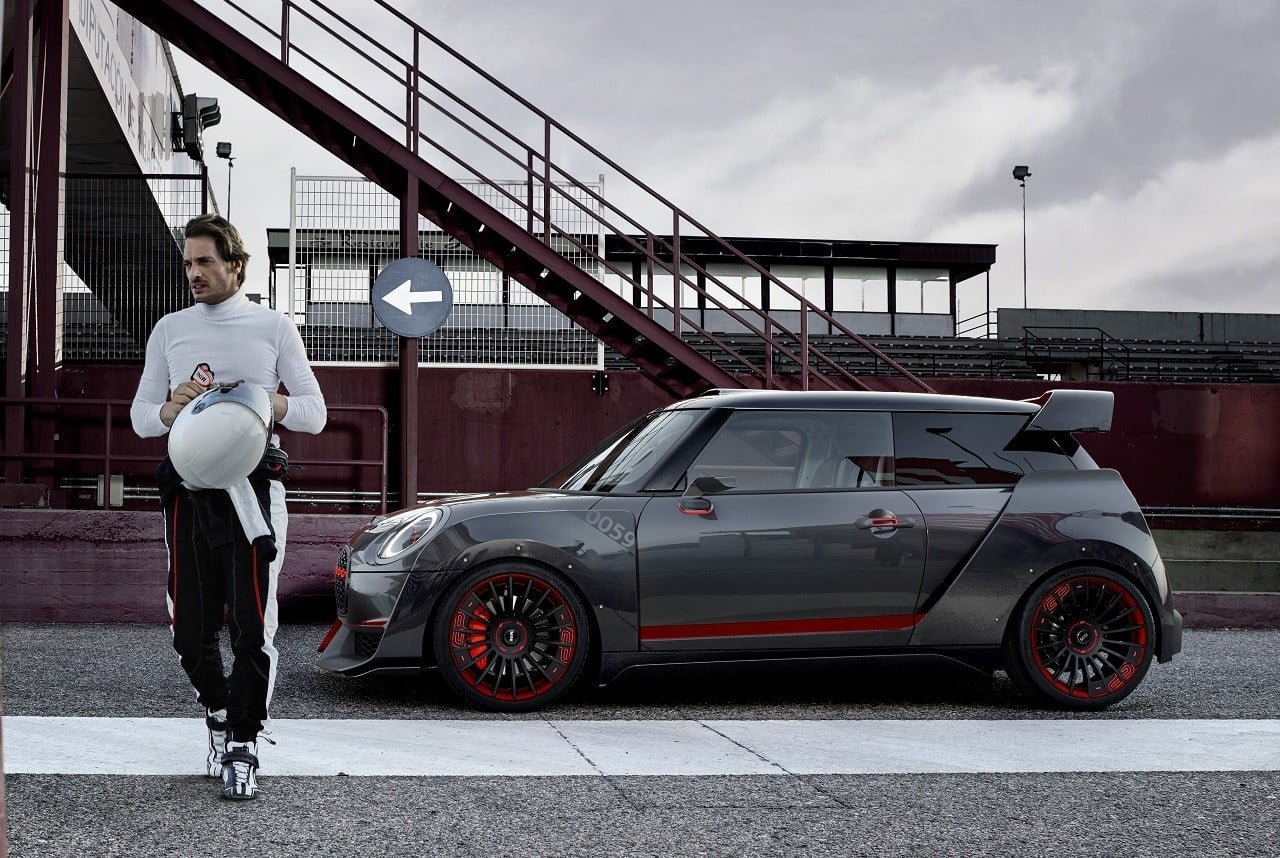