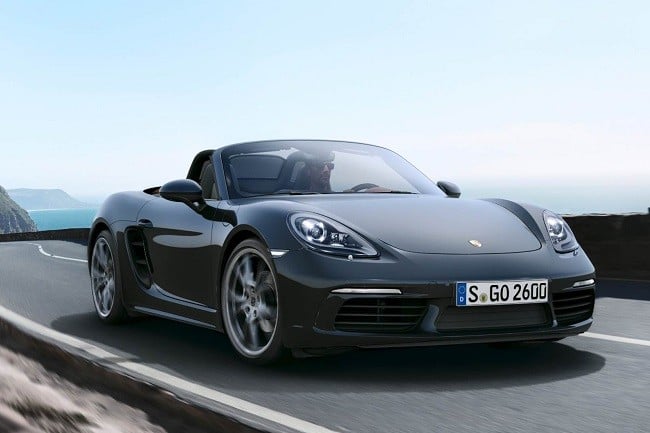 Porsche has recently unveiled the 718 Boxster ($56,000), a svelte roadster that joins its comrade –the 911– by getting a turbocharge boost.  The German boys also gave the new model a thinner, wider appearance (compared to the previous Boxter), but the overall main emphasis remained clear: pure fun driving.

The biggest change on the fresh car is a newly developed flat-four turbo power engine (paying homage to the motors used in the race-winning 718’s of the ’50s and ’60s), which replaces the traditional six-cylinder unit of the outgoing vehicle.  The company will offer a base Boxter with a 300HP 2.0L turbo (170 mph max speed), as well as a Boxster S model packing a 350HP 2.5L engine (topping 177 mph).  Each roadster will have a six-speed manual transmission or an optional automatic PDK, retuned suspension & electric steering, upgraded brakes, stretched frontal air intakes up front, slim LED taillights, and the latest generation of the touchscreen-based Porsche Communication Management.  Arriving to US dealerships by late June 2016. 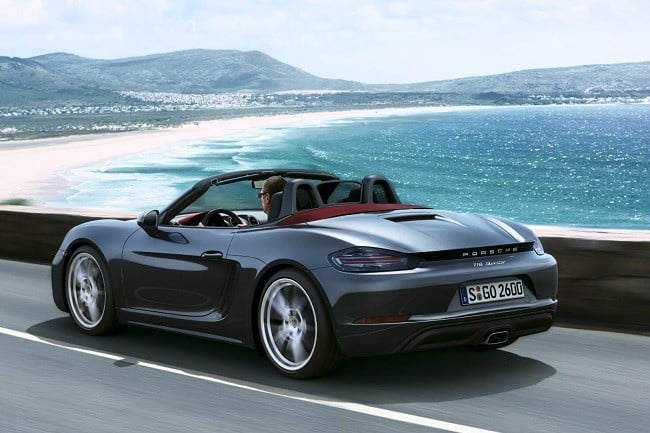 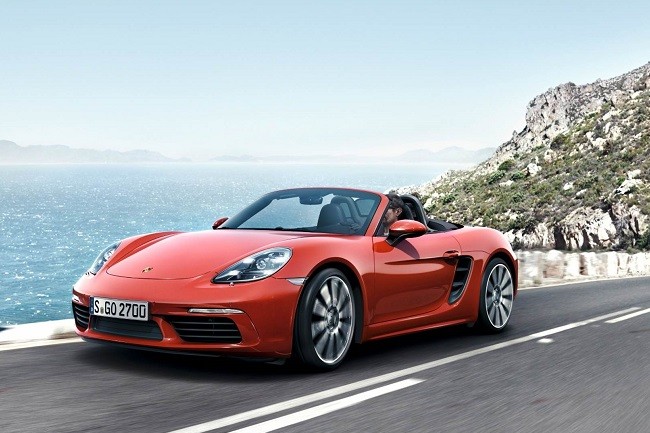 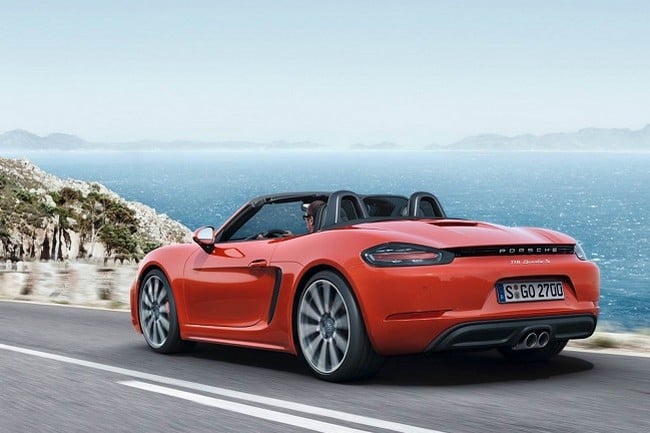 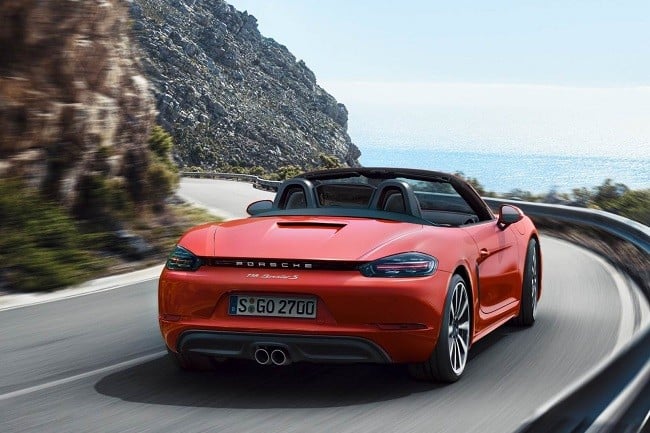 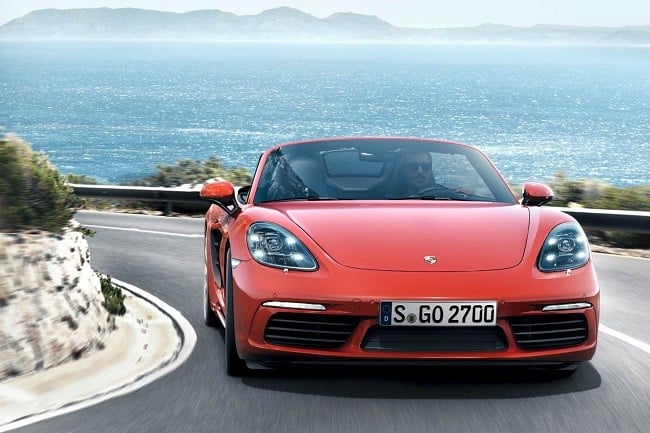 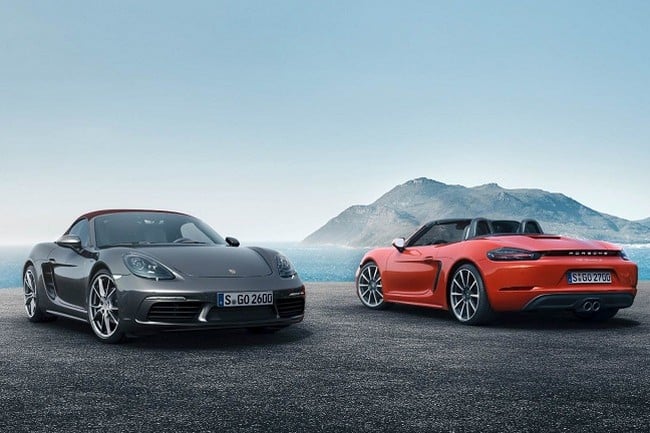 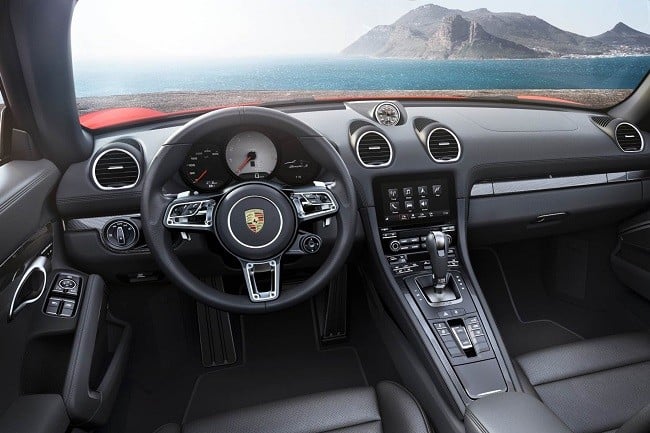 After cannibalizing the engine and transmission from a Zanella ZB 125, Patricio Castelli crafts this stunning aerodynamic aluminum-clad custom motorcycle.

With its bespoke Yamaha Scorpio 225, Backyard Customs shows us that custom build bike culture draws out untapped talent from the world over.

The 2021 BMW 4 Series Coupe, now bears a striking design that could be a mixed bag for longtime fans but should matter little for new owners.