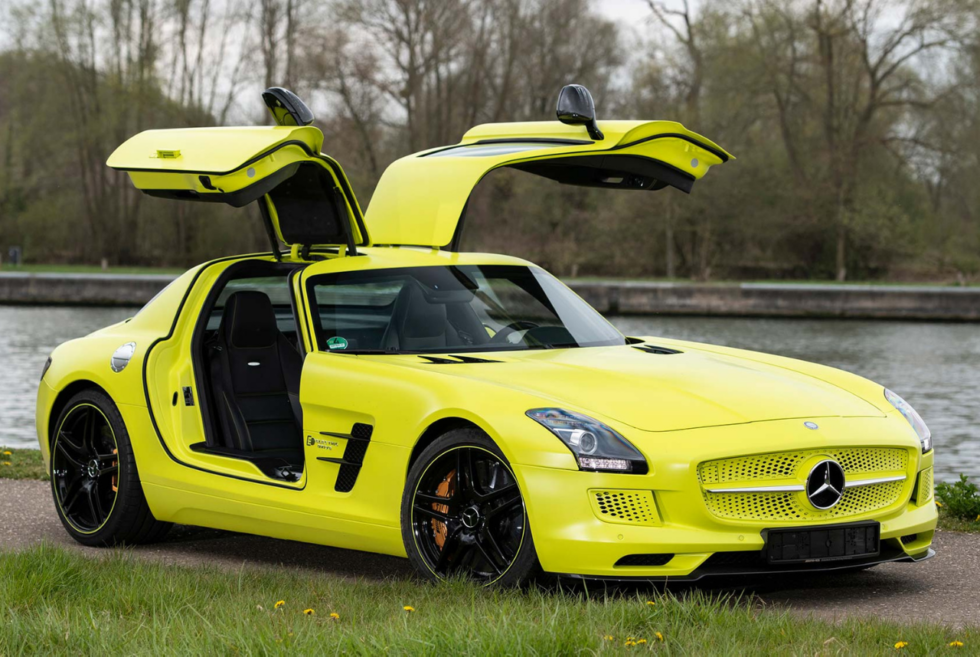 The EQS is currently the face of Mercedes-Benz’s push for the electrification of its automotive lineup for the future. The upcoming luxury-case EV sedan packs all the bells and whistles fans of the marque expect and so much more. Meanwhile, RM Sotheby’s is apparently auctioning off an ultra-rare all-electric 2013 SLS AMG coupe. Collectors are surely already gearing up to outbid everyone else for this unique vehicle.

Given that it predates any major announcement regarding its gradual shift to eco-friendly configurations, this emission-free 2013 Mercedes SLS AMG is a fine specimen of what the German marque’s engineers are capable of. It touts a familiar silhouette as its regular counterparts, but what’s underneath the hood is an entirely different story.

Gone is the 6.2-liter V8 engine as Mercedes-Benz makes the necessary upgrades to accommodate an all-electric powertrain. RM Sotheby’s reveals that this electric drive 2013 SLS AMG only had two owners with just a little over 2,361 miles on the odometer.

For this build, the manufacturer is using four high-performance electric motors. This lists the output at 740 horsepower with 737 lb-ft of torque. The all-electric 2013 SLS AMG can also complete a 0-60 mph sprint in just 3.9 seconds.

“At the time of its introduction, this was the world’s fastest electrically-powered series production vehicle, and also the most powerful Mercedes-Benz ever built,” writes RM Sotheby’s. Range, on the other hand could be better as its batteries can only take up to 155 miles before it needs to recharge.

Nevertheless, RM Sotheby’s will likely be dealing with a huge number of bids for it. Originally, rumors were hinting at an exclusive run of around 100 units. Yet, Mercedes-Benz surprisingly made only nine. Starting price for the all-electric 2013 SLS AMG is approximately $1,269,476. 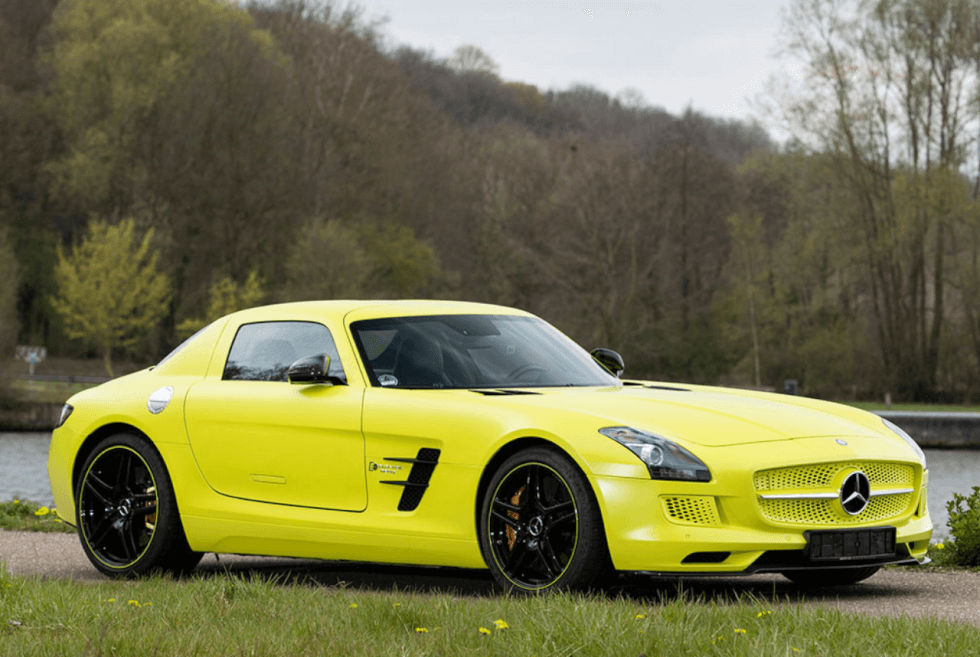 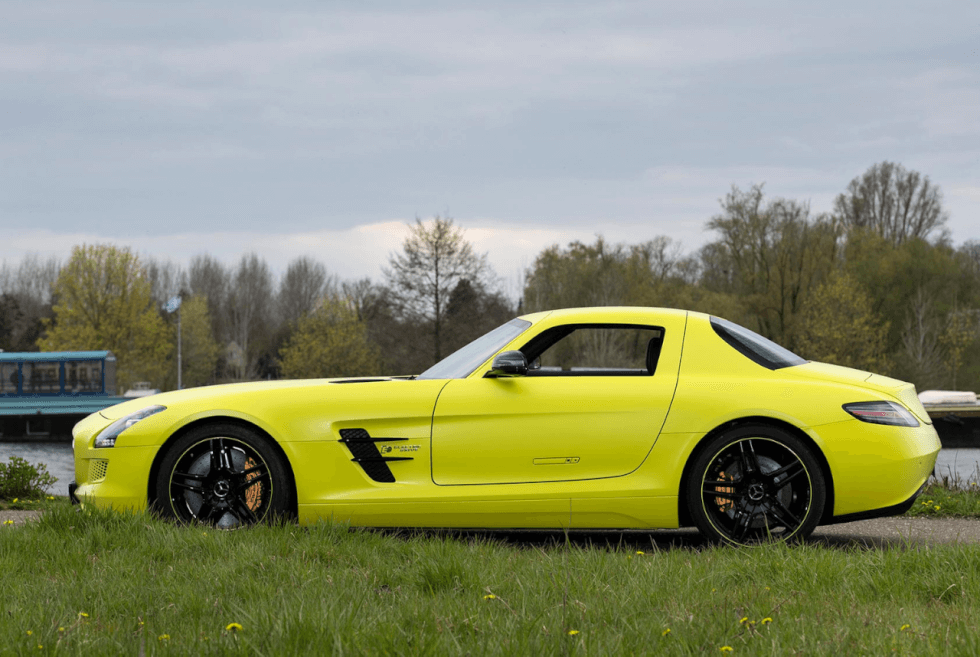 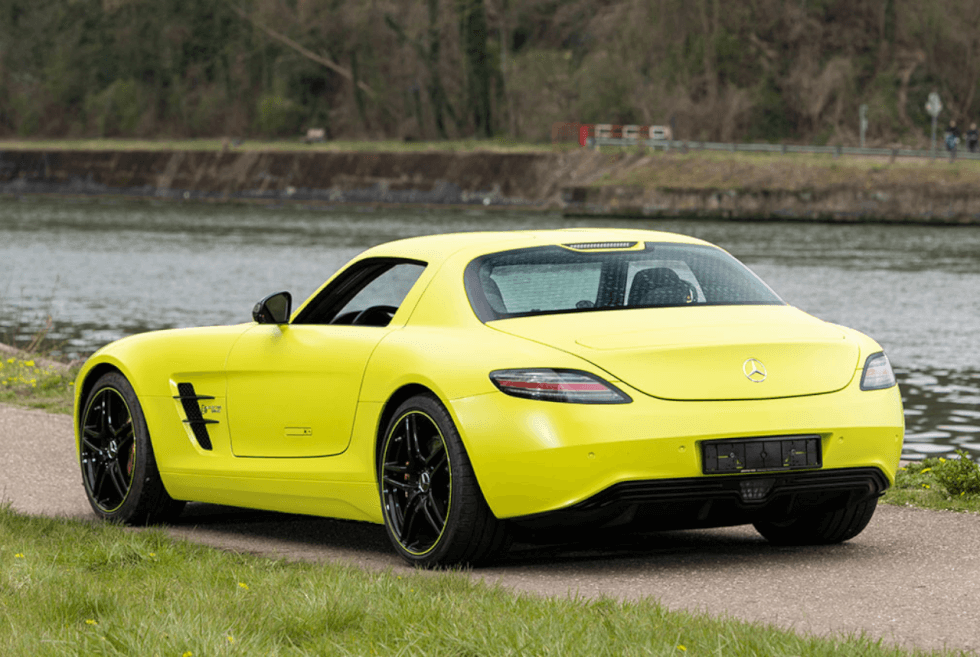 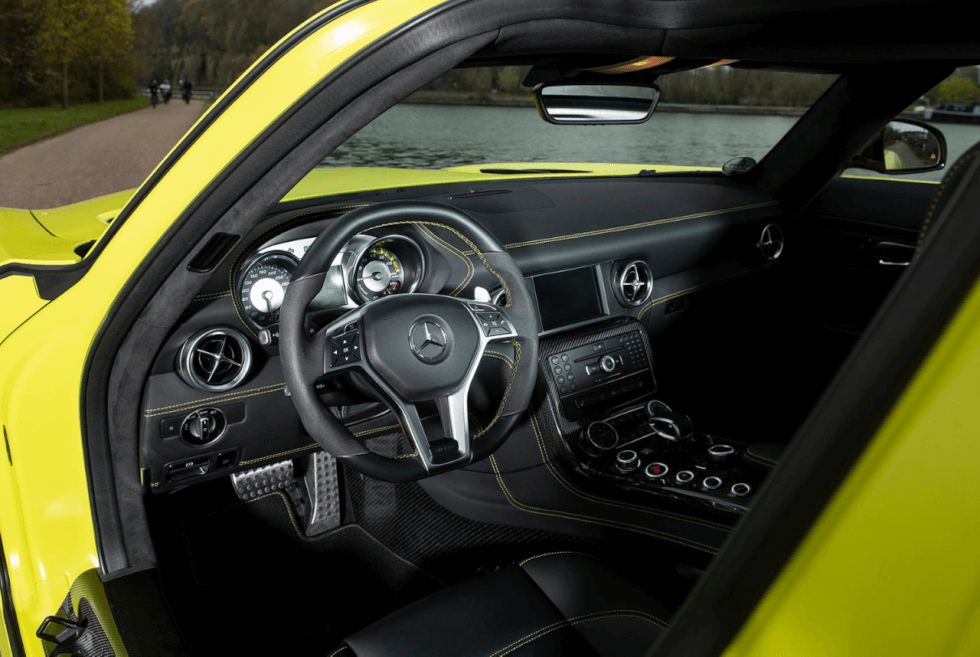 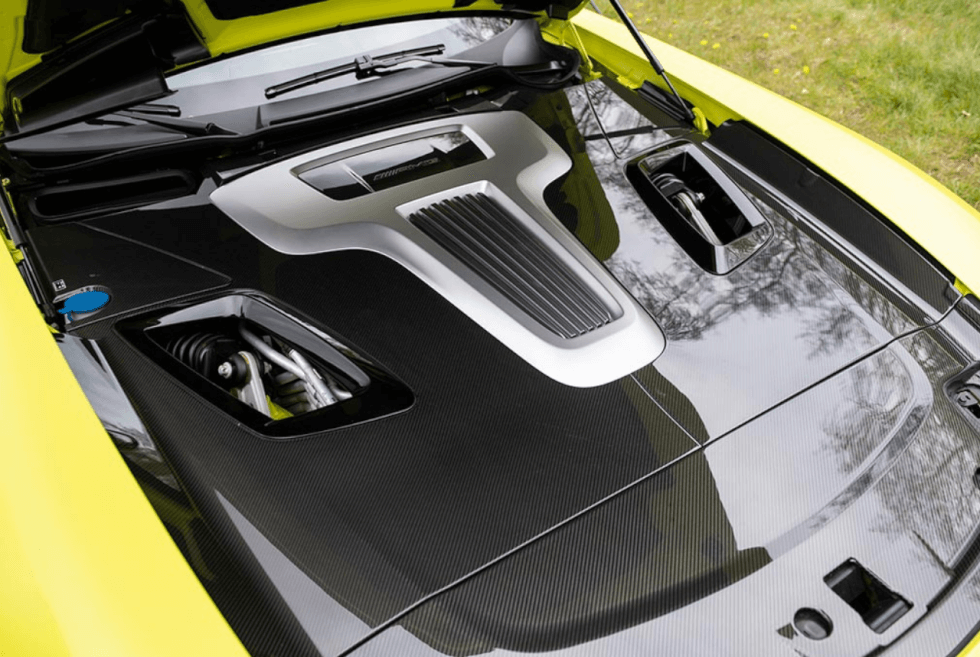 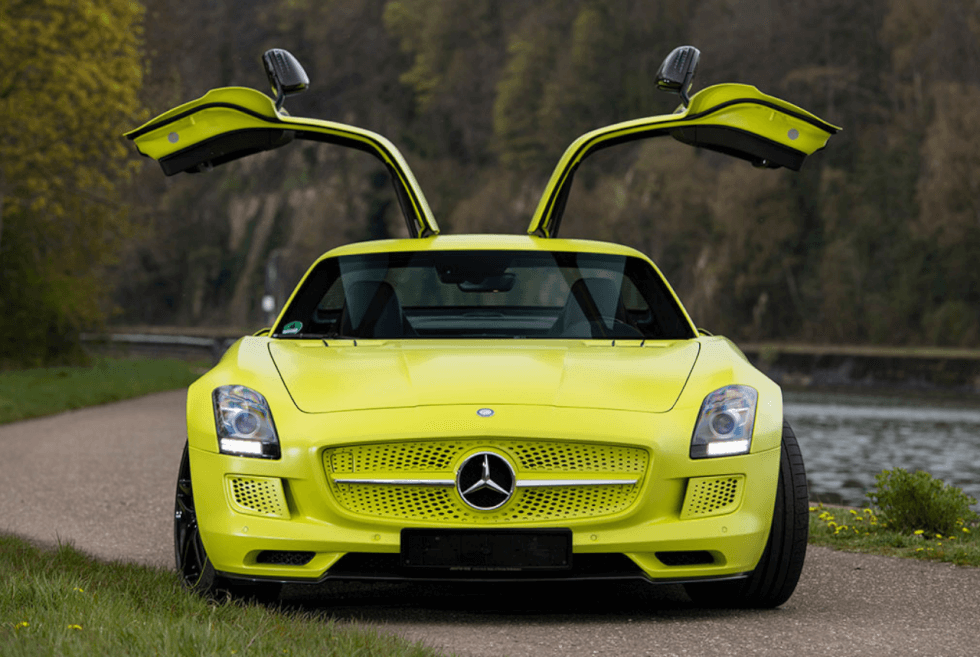 The Dodge electric muscle car outputs a whopping 886 horsepower with a battery that promises a range of about 500 miles when fully charged.