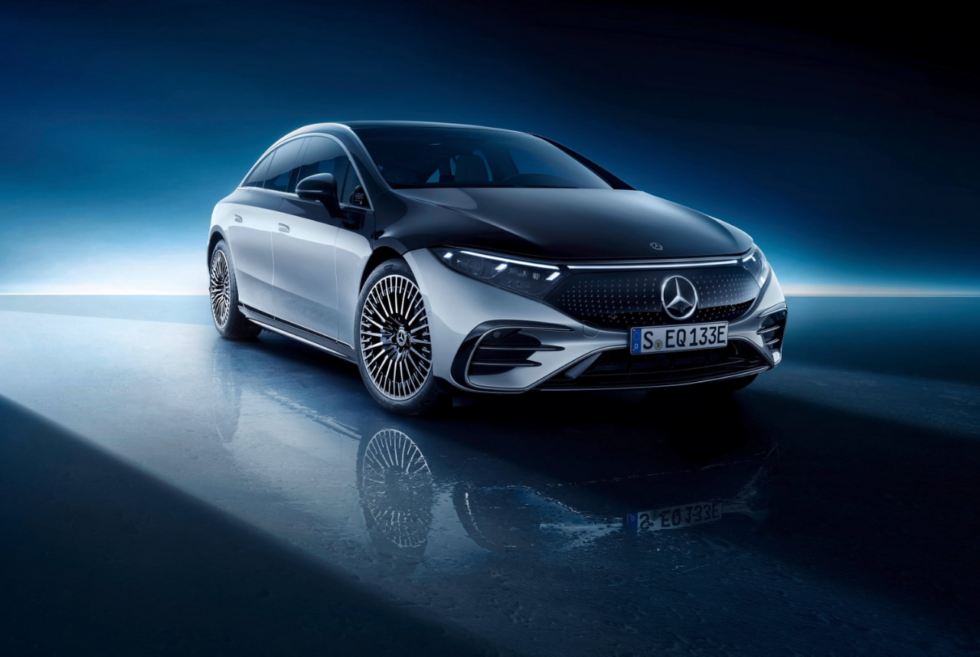 For a period of time, Mercedes-Benz was teasing us with snippets of what we can expect from its top-of-the-line EV – the EQS. So far, what we were able to gather ahead of the official reveal hints at a remarkable machine. Perhaps TerraNet’s VoxelFlow technology will also be on board for the carmaker’s LiveMap system. No more guessing this time around as we learn more about this new luxury platform.

The German marque is one of the many renowned automotive groups introducing all-electric models to its roster. For its emission-free sedan, Mercedes-Benz will be offering it in two trims. The EQS 450+ is the standard, while the EQS 580 4MATIC is the current flagship. It seems another variant, which will eventually lead the pack in specifications, is also in development.

For now, you’re looking at 329 horsepower and 516 horsepower respectively. Meanwhile, the third EQS version will supposedly pack 630 horsepower. Top speed is electronically programmed not to go beyond the 130-mph threshold.

These performance numbers along with the outstanding aerodynamics should allow the EV go more than 400 miles on a single charge. Meanwhile, owners can take advantage of its 200-kW fast-charging capabilities as long as the station is compatible. A quick 15-minute top-up is enough for a little over 180 miles.

Another awesome feature of the EQS is how it collects data. With around 350 sensors that feed information to its cutting-edge AI. Everything is then displayed on the massive MBUX Hyperscreen, which spans almost the entire width of the dashboard. It combines three OLED panels seamlessly into one cohesive touchscreen. 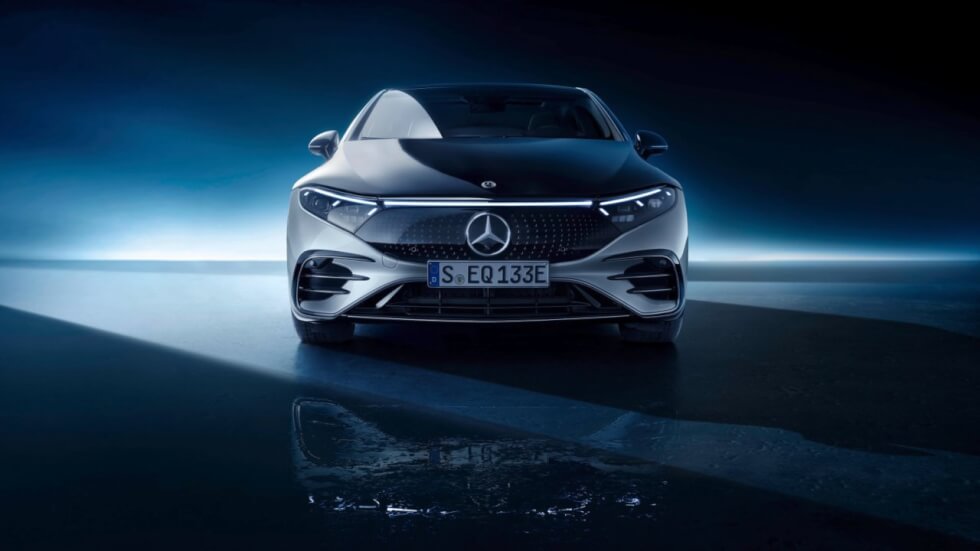 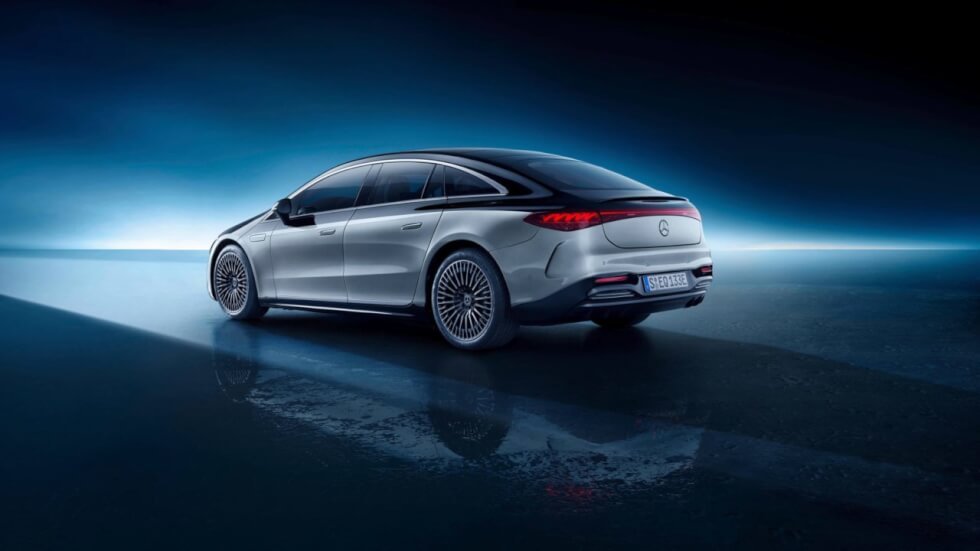 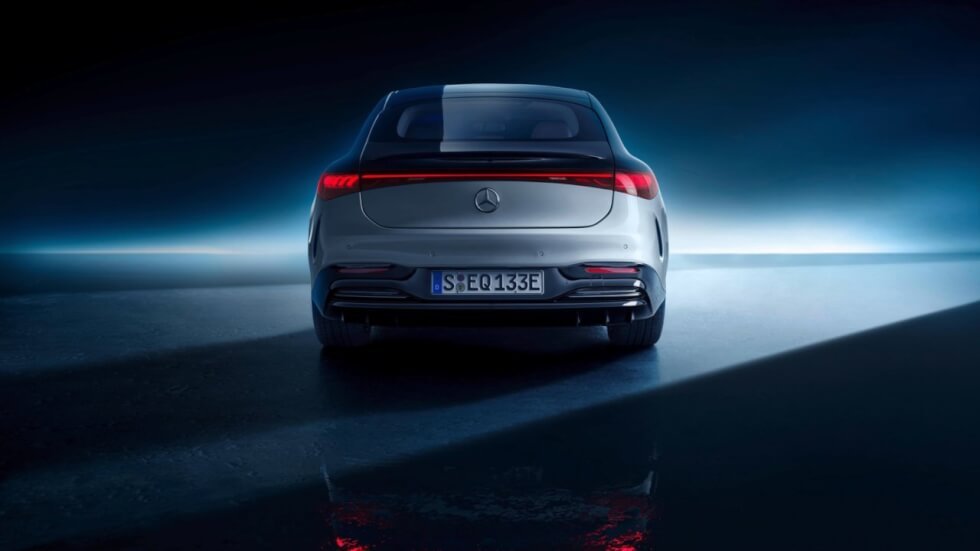 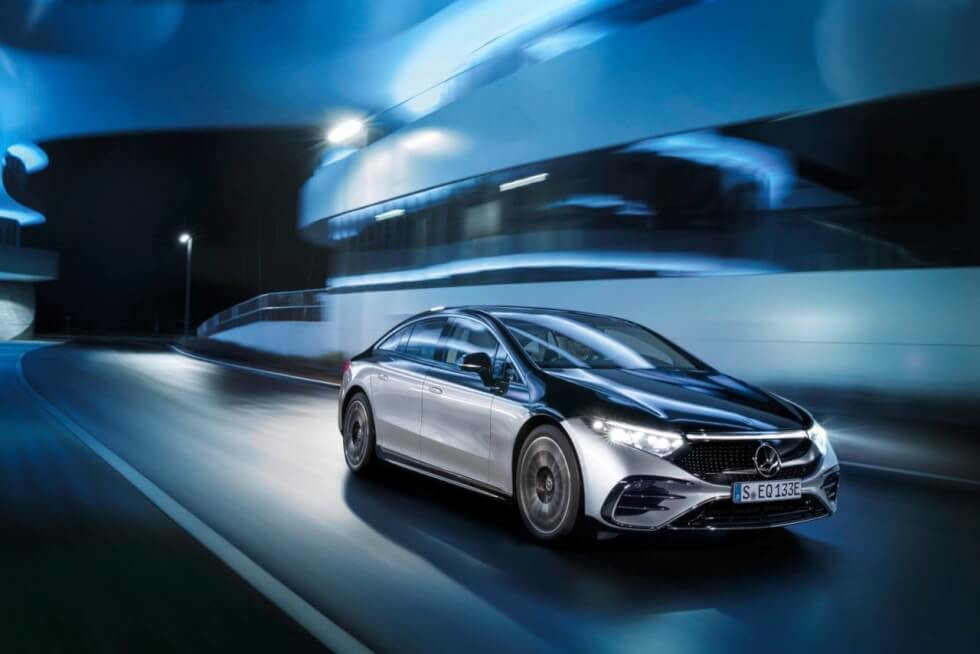 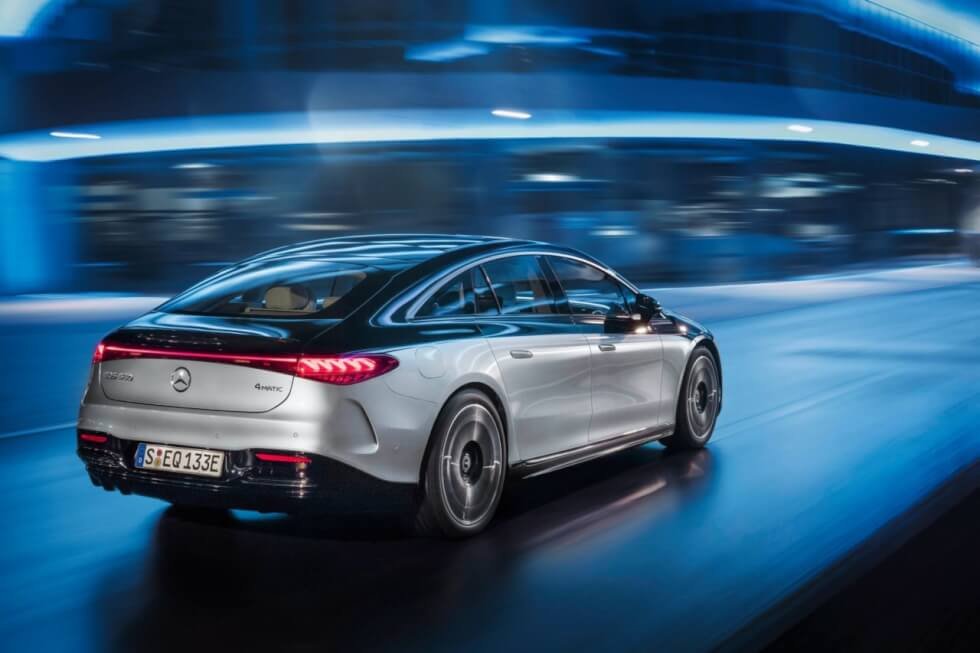 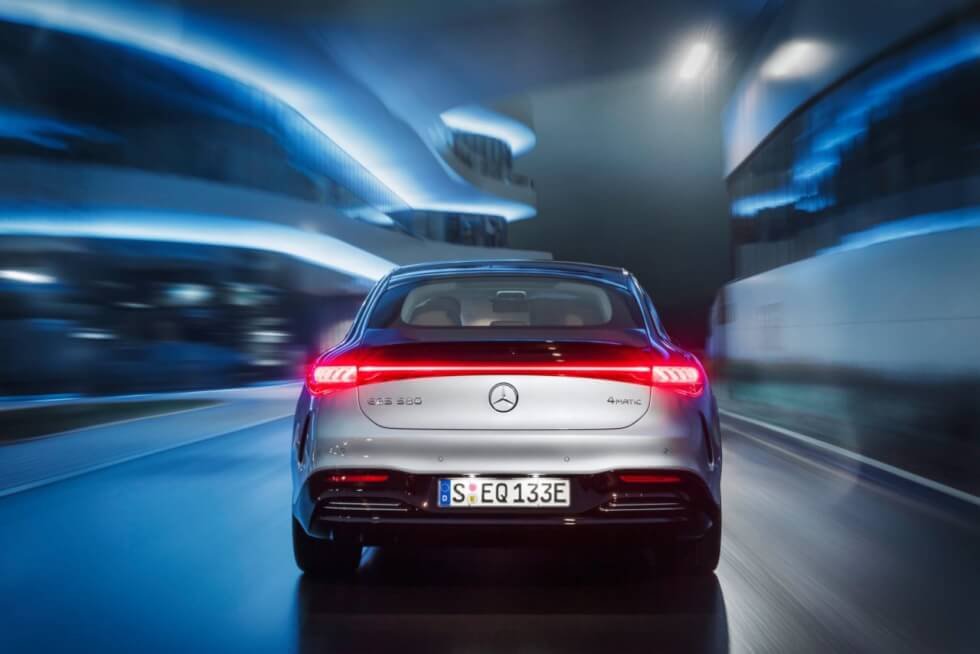 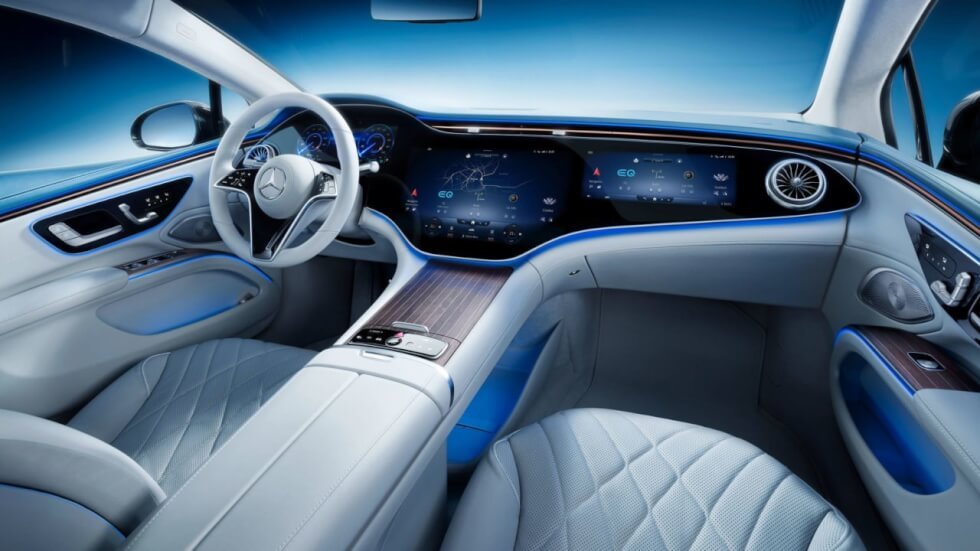 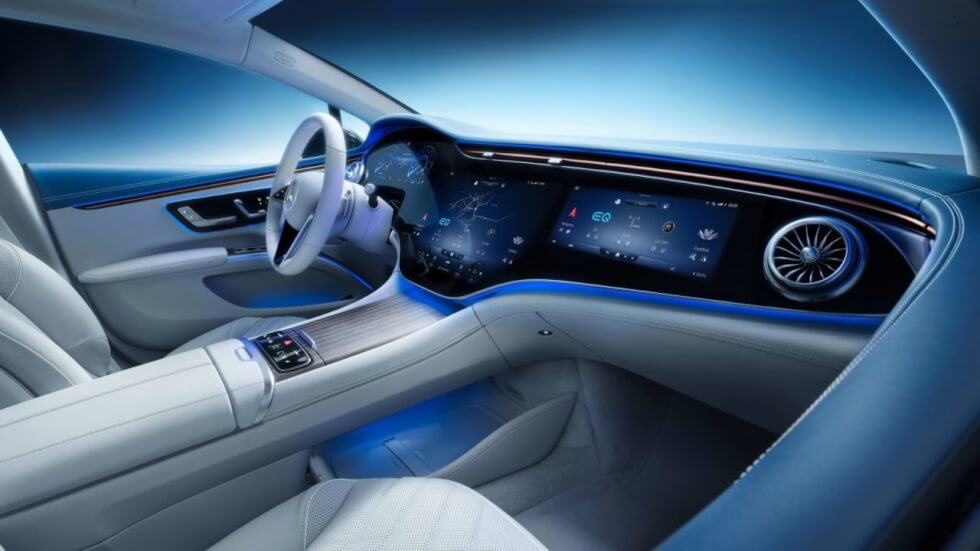 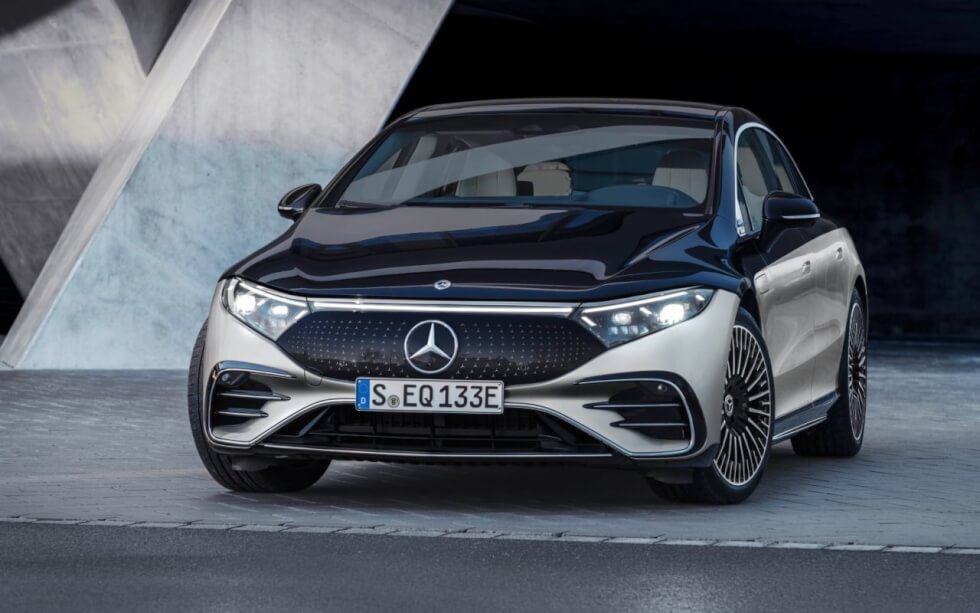 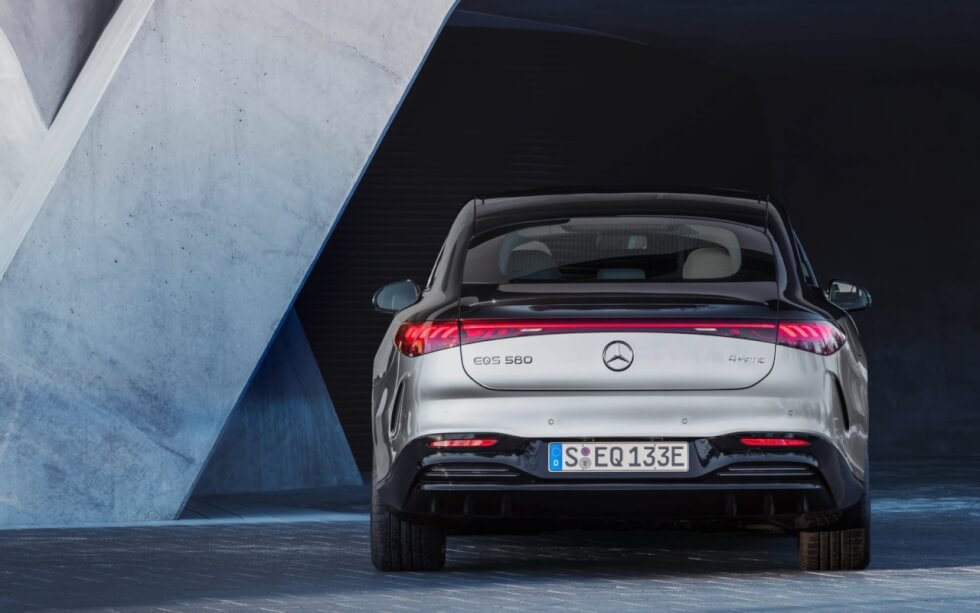 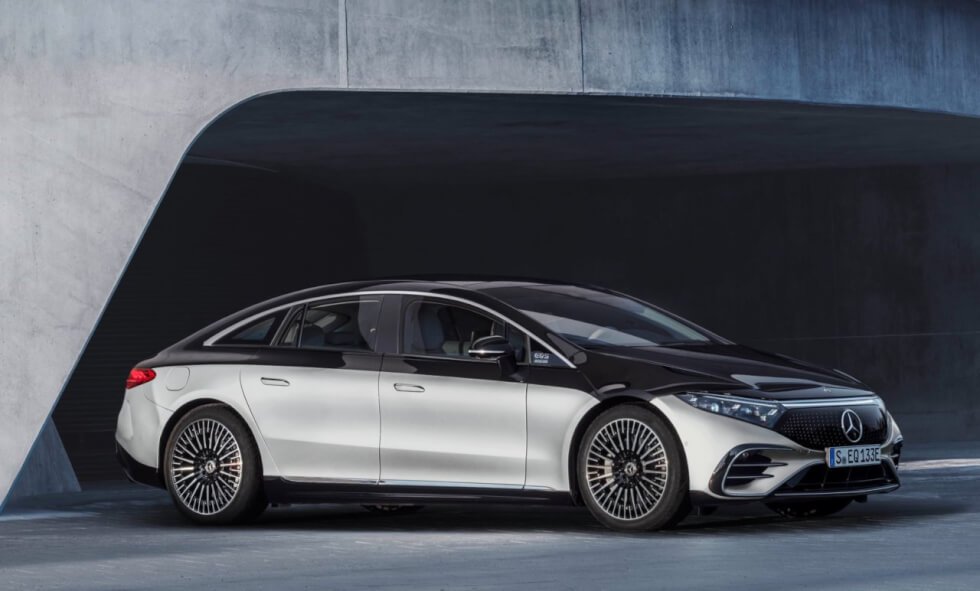