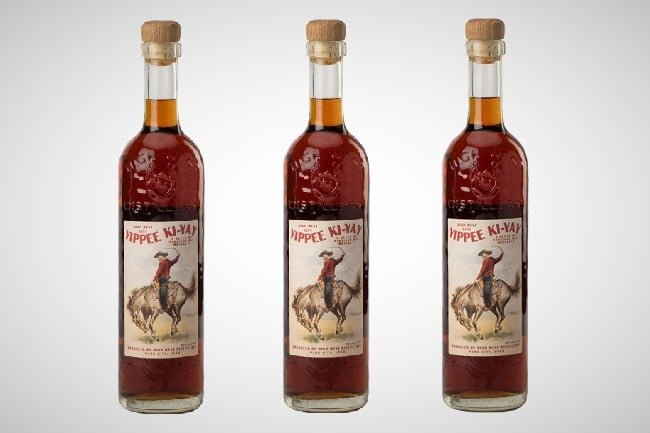 It shouldn’t be hard asking the bartender for another Yippee Ki-Yay Rye Whiskey ($65) , after you’ve had five or six of them. A name like that is intelligible even if you’re having trouble speaking clearly.

Coming from Utah’s High West Distillery (world’s only ski-in distillery), this new concoction is a marriage of two straight rye whiskies, which have been kept in oak barrels that had originally been used to age two different types of wine (vermouth and syrah). The result is an “all-natural, not disgustingly-sweet sipper” clocking in at 92 Proof, that works great on its own or mixed in a Manhattan. And if you’re not sold yet, it must be said that the Yippee Ki-Yay whiskey boasts a beautiful ruby red color, cinnamon & blackberry nose, and a bold punch of cinnamon spice, vanilla & caramel taste, with a long, herbal dried orange finish. Cheers!

The O.H. Ingram "River Aged" Flagship Bourbon is available in select markets, and a bottle is priced at $99.

Kentucky Owl is bottling the Takumi Edition at 100 proof and shipping these out in October for $150.

According to experts sampling the 26-year-old Founder’s Reserve, its aroma is that of smoke and wood but not too overpowering.

Your blended scotch journey with Compass Box begins in October with the Ultramarine and continues in November with the Flaming Heart.

The Frank August inagural straight bourbon is now available in select states, with others to follow in the coming months.