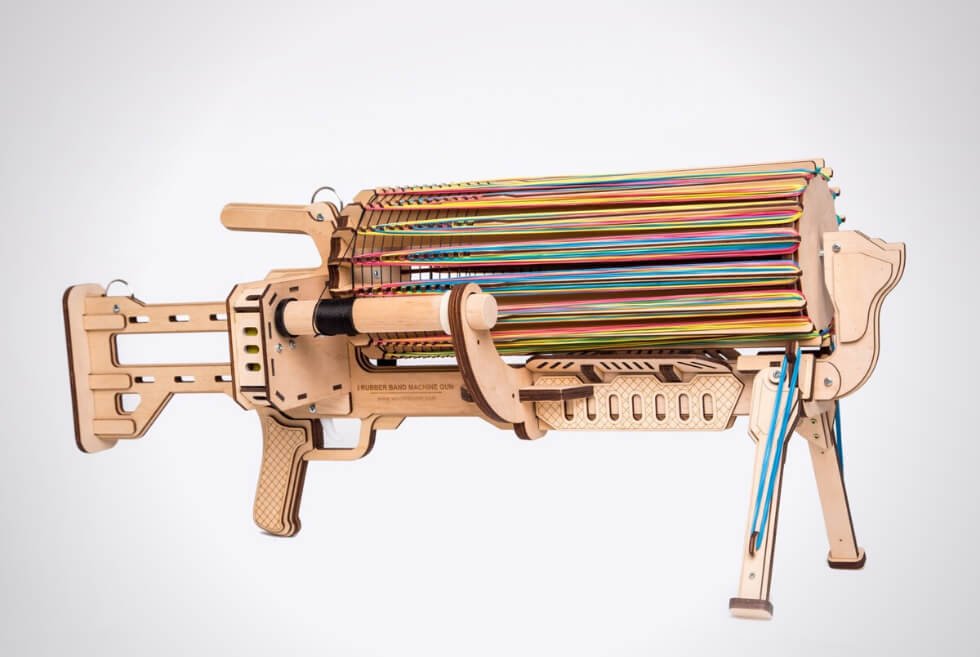 Way before NERF pistols and rifles became the mainstays of “pretend” warfare, there were simpler options available at the time. BB and airsoft pellets were used in good fun but occasionally left scars or traumatic memories behind. The rest went for rubber bands fired from their hands or via other ways. WoodNBoom presents this bad boy aptly dubbed the Rubber Band Machine Gun.

It sounds like a mouthful, which is why most people choose to call it the “RBMG” instead. Exactly as the name suggests, it’s a toy many will want to have in their arsenal of non-lethal projectile weapons. You must admit that a well-aimed shot with a rubber band on bare skin might still sting in some places.

Anyway, we’ll gladly splurge for boxes of ammo from our local office supplies provider than go bankrupt from proprietary foam ammunition. The Rubber Band Machine Gun by WoodNBoom delivers premium craftsmanship as almost all parts have been machine cut with precision out of birch wood.

Just be careful and sand down some rough areas to keep splinters at bay. This wooden contraption packs an electric motor powered by five AA batteries. Just like a Gatling gun, the 16 barrels (in this case – stationary latches) fire up to 14 shots a second up to 26 feet.

Since there’s practically no recoil, shots should hit the target if your accuracy is good enough. For additional stability, use the barrel guard grip or deploy the bipods. Hold the trigger down and let loose up to 204 shots before you need to reload. The WoodNBoom Rubber Band Machine Gun ships with 600 rubber bands in the box. 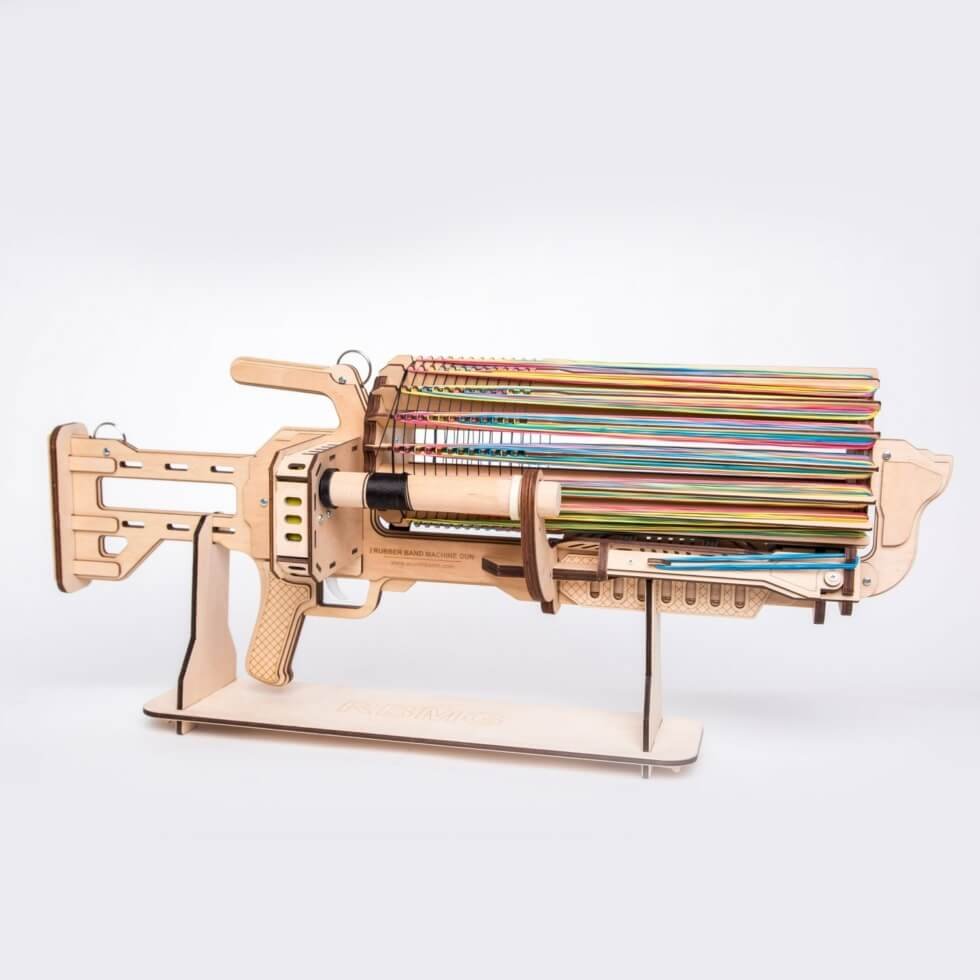 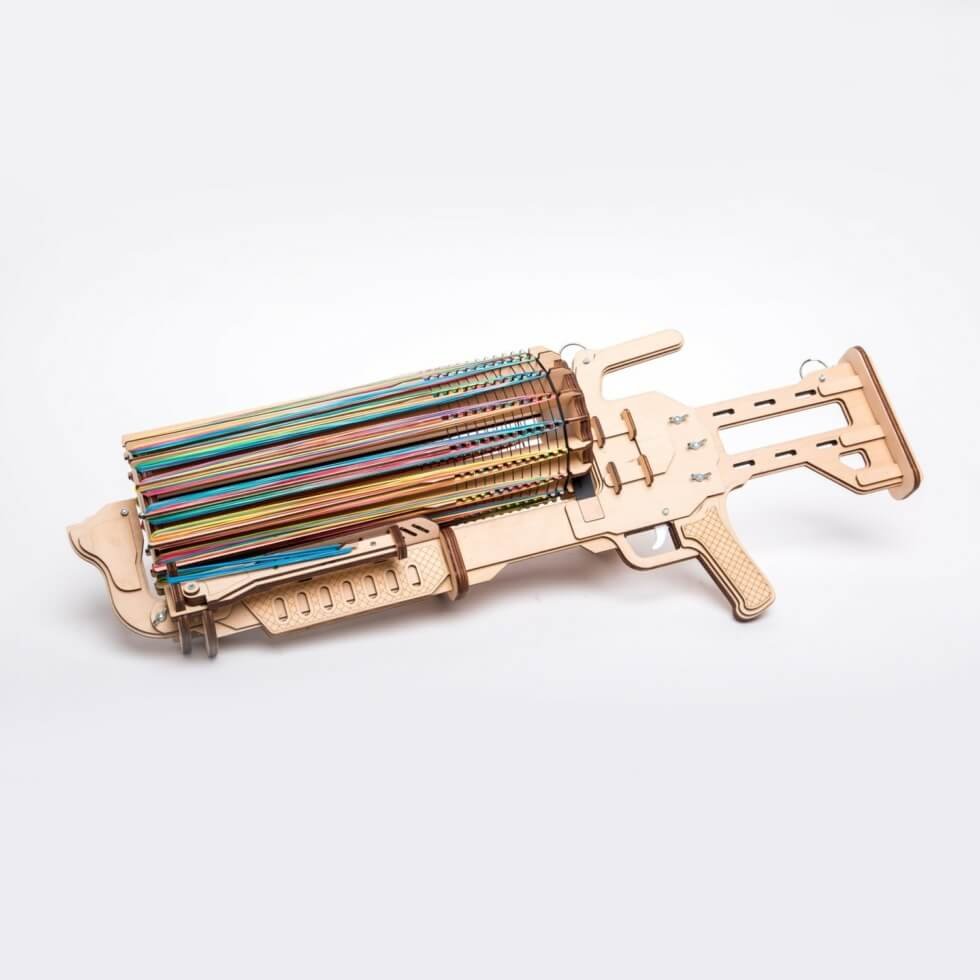 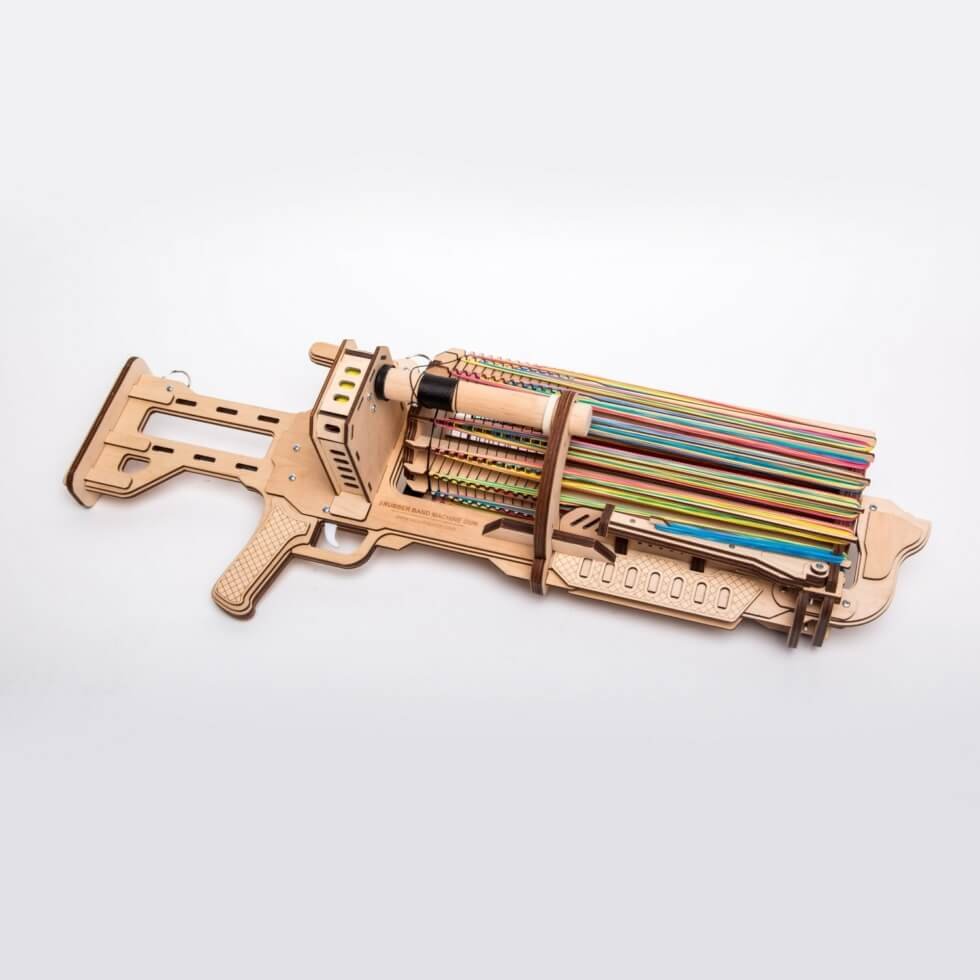 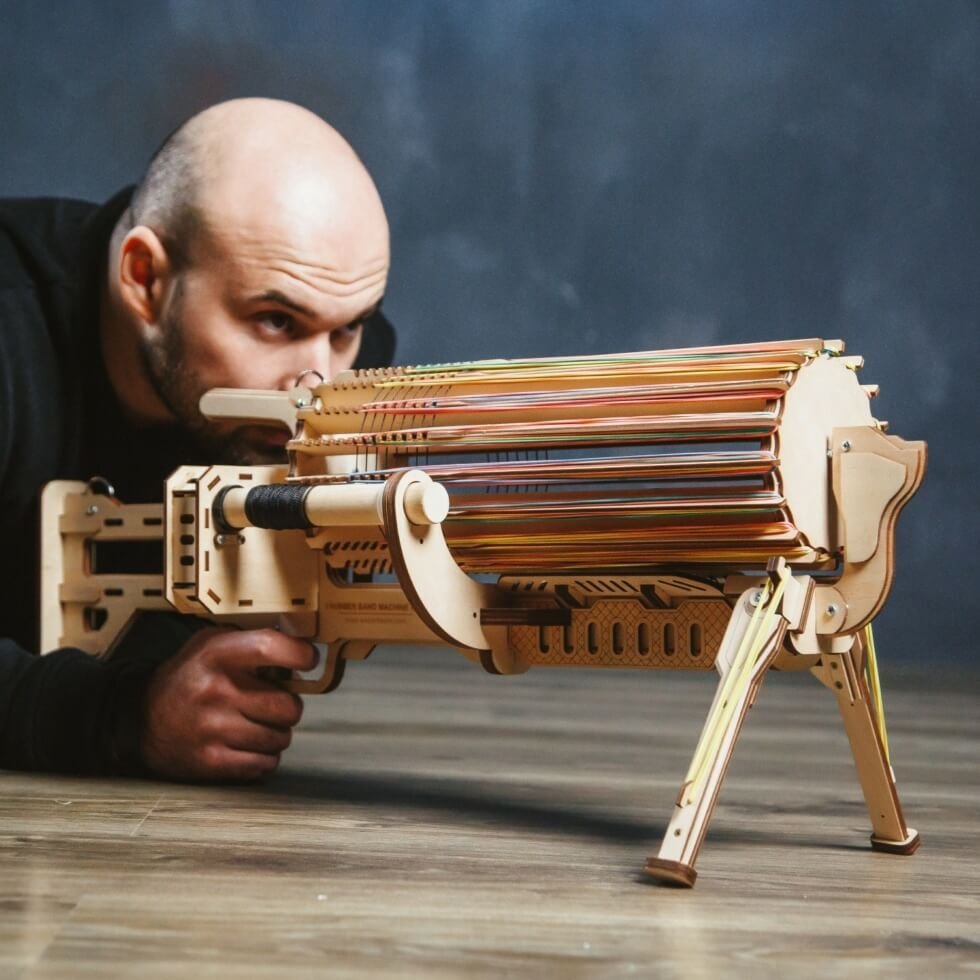 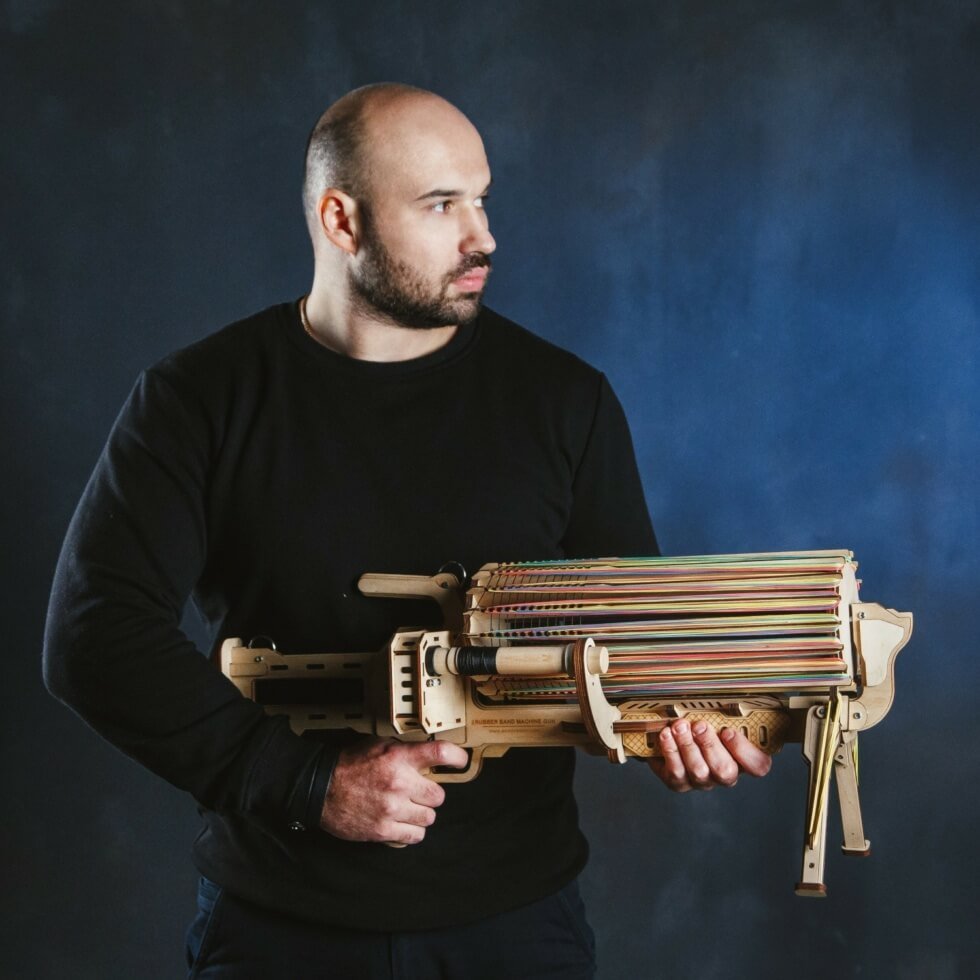 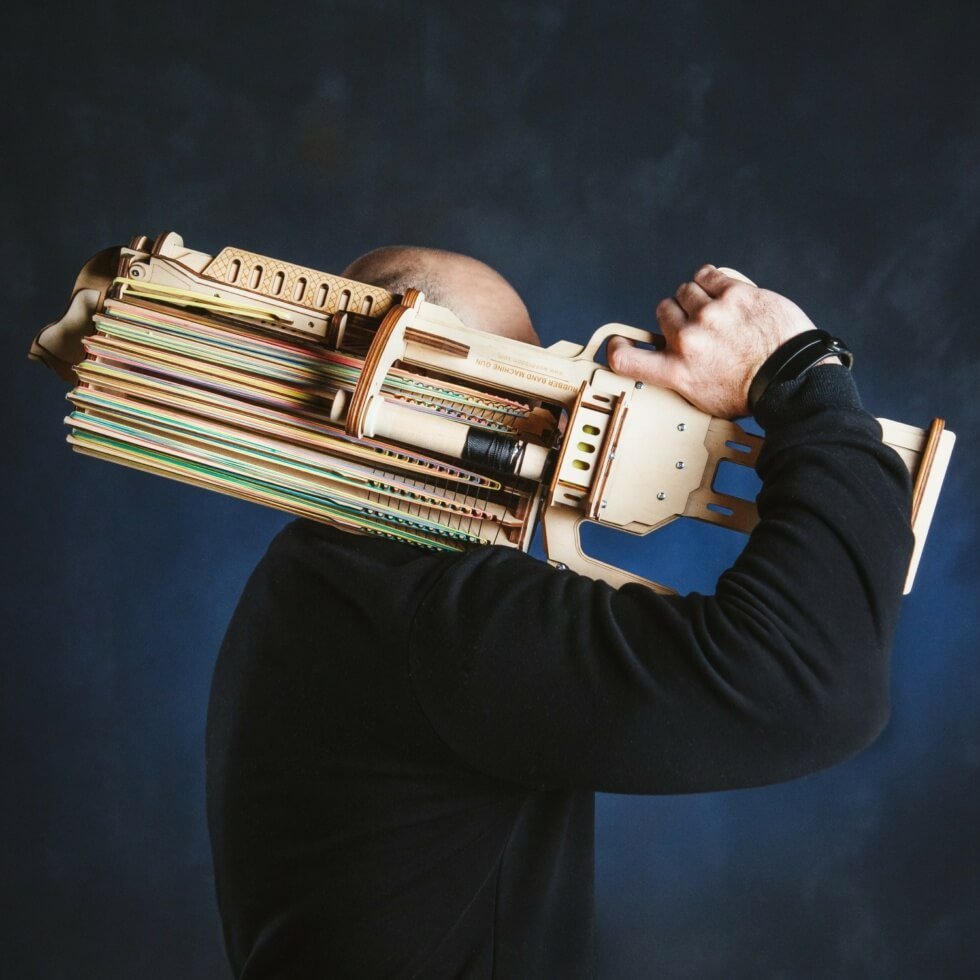 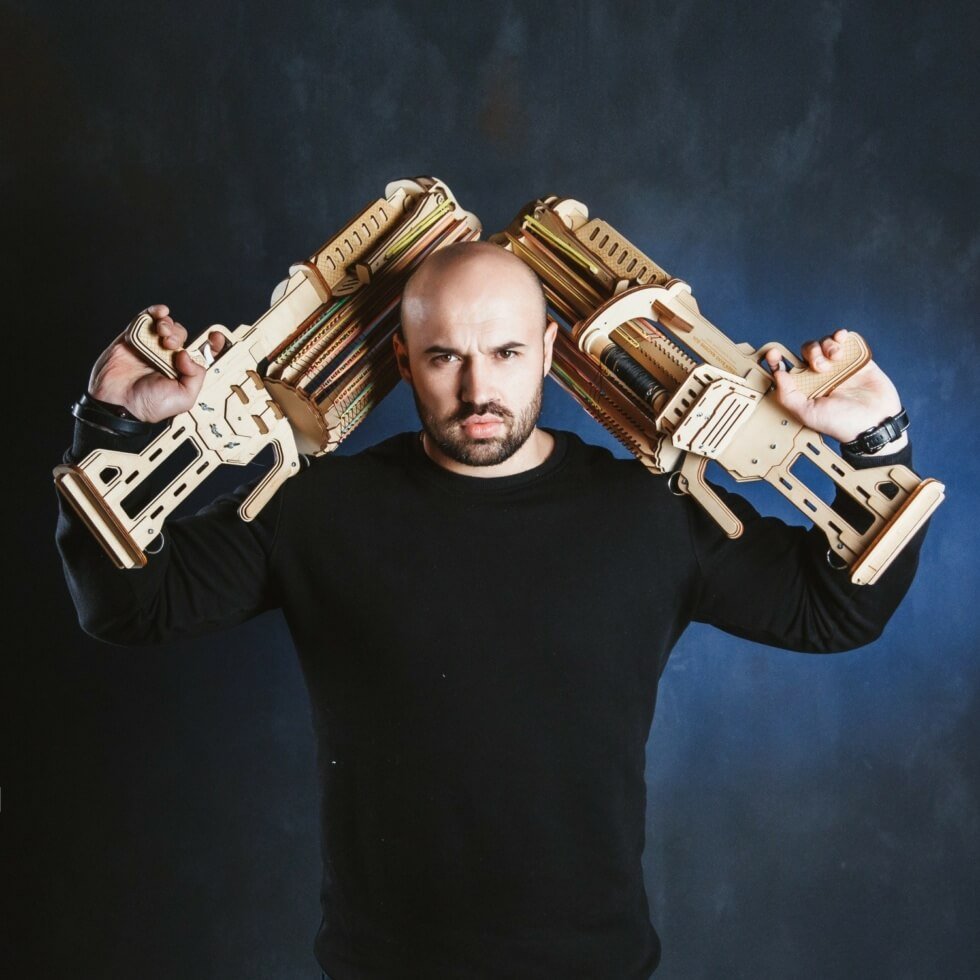 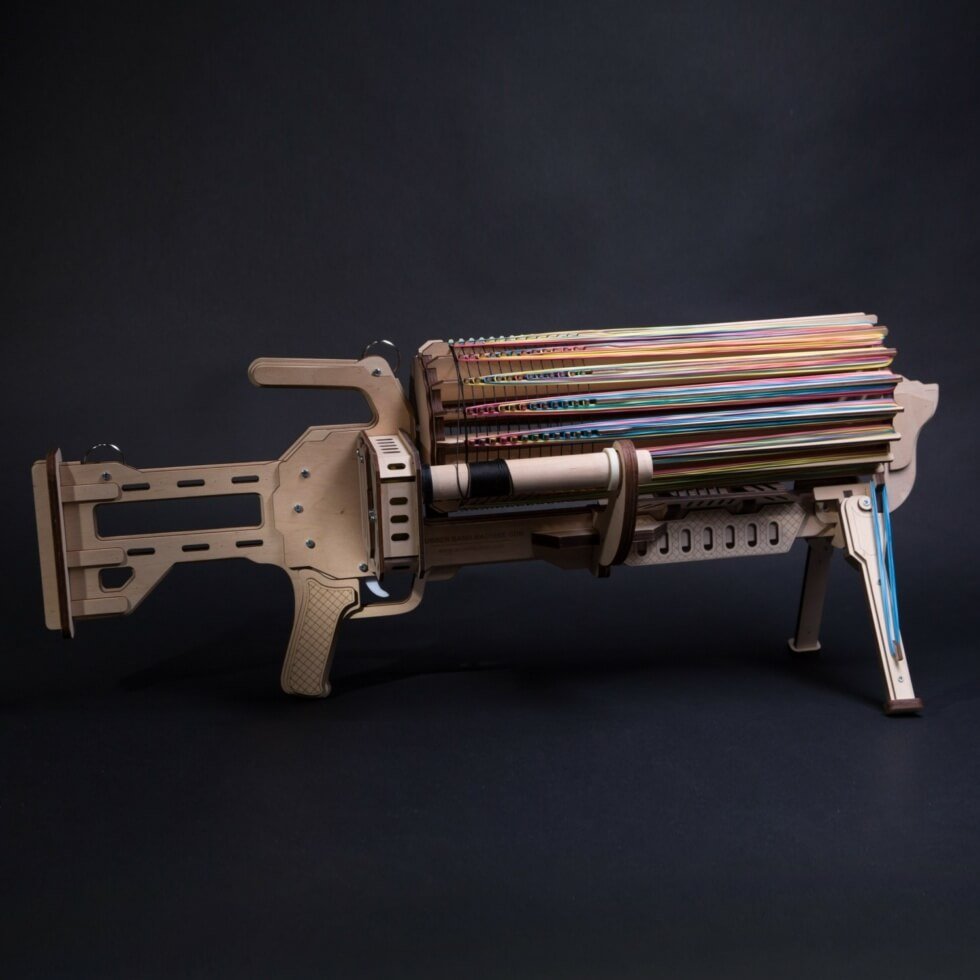 The Metmo Driver is crafted out of metal and uses a ratcheting system with a folding handle to tackle heavy-duty tasks.

The ICEMULE Clear cooler bag uses a patented IM AirValve tech to keep your drinks and food cold for up to seven hours.