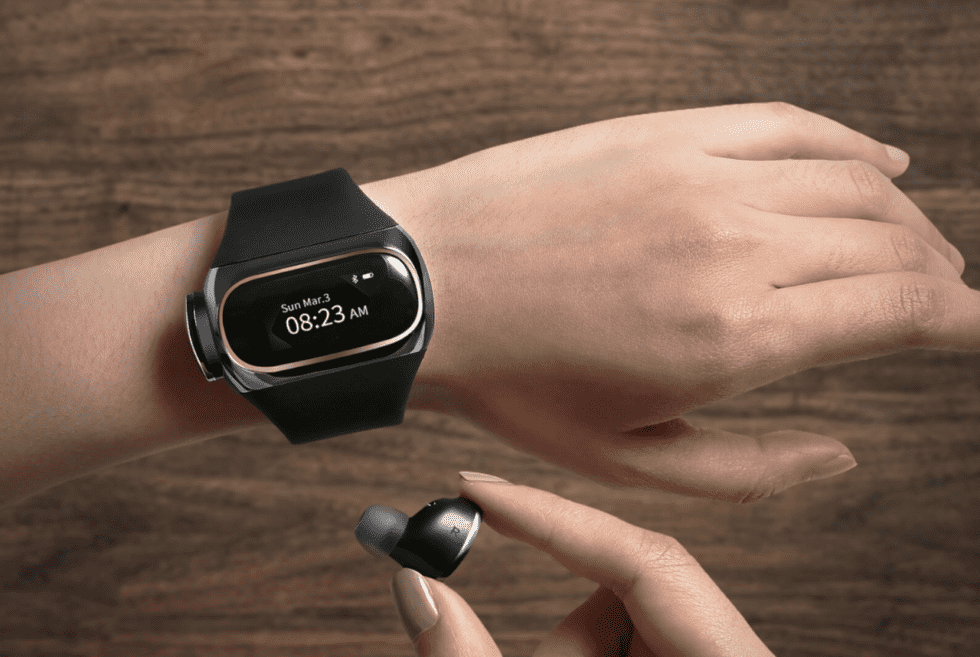 Charge Headphones On Your Wrist With The Wearbuds Charger

Apple’s AirPods come in their own charging case, but who has space, especially if you’re a man, for extra baggage? Granted, it’s just the size of your floss container at home, but what if you could wear in instead? Enter the Wearbuds Charger.

Wearbuds is a wearable charger that wraps snugly around your wrist. They also come with a pair of earbuds, which have the same feature you’d find on most other options. They’re powered by Bluetooth 5.0, for starters, instantly making them compatible with a host of Bluetooth 5.0-exclusive functions. They also come equipped with a Qualcomm audio chip, graphene-augmented drivers, and water resistance.

The Wearbuds wristband also doubles as a fitness tracker so it’s not just dead weight on your precious arm. The buds click flush inside the outer frame of the band’s watch face. To remove them, you have to press your thumb and forefinger against the buds to pop them out. Of course, this design is already rife with potential mishaps, but it’s a nice idea for what it’s worth.

The Wearbuds also contains built-in sensors and is compatible with iOS and Android app pairing. We’re sure many people would want something like this, as it negates the need to carry another physically accessory in which to store a pair of earbuds. No need to chuck a charging case inside the labyrinthine void that is your backpack. Just strap it on your wrist and forget it’s there at all. More info by hitting the link below.

Bring stargazing indoors as Encalife offers the Atmosphere smart galaxy star projector to create a mesmerizing canvas of a nebula and stars on any surface.

Columbia’s Wildone Heritage Sneaker Is Designed For The Outdoor Enthusiast

The Nike Venturer Face Mask is made with a lightweight, 3D-structured mesh covering and comes with a moldable nose cushion, adjustable straps, and chin insert.