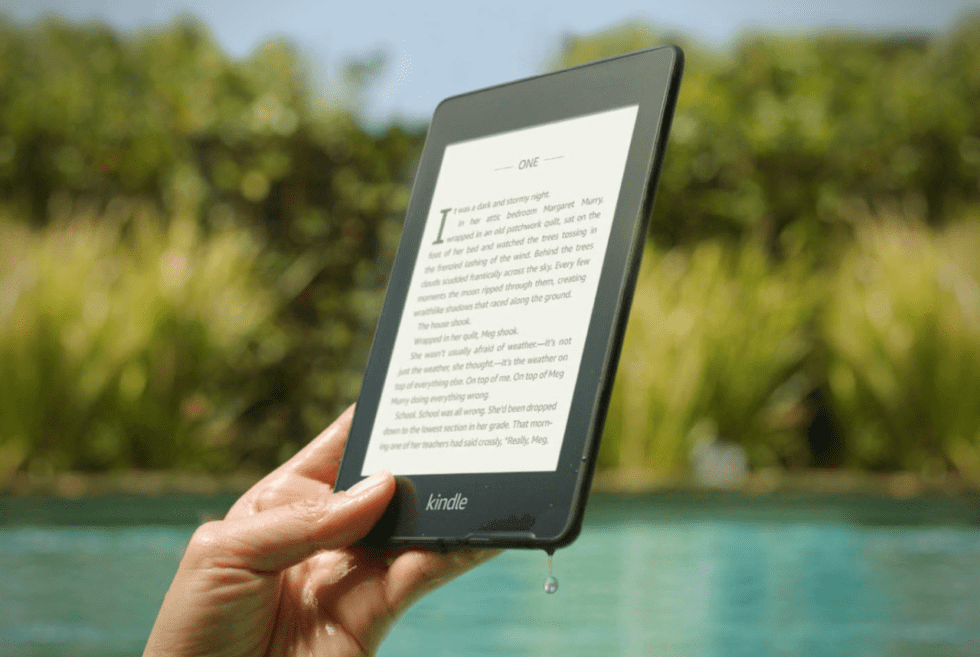 Amazon already a offers a waterproof Kindle in the form of the Kindle Oasis, but it’s simply just a tad bit too pricey at $250.

But now you don’t have to spend that much just to bring your entire library with you for some poolside reading. Amazon just updated one of its most excellent Kindles ever, the Paperwhite, to feature waterproofing. At just $129, you never have to worry about dropping this in the pool if you fall asleep trying to read Ulysses for the nth time.

Shipping early November, the new Paperwhite also has a higher-resolution screen, now boasting 300ppi. It also supports Audible audiobooks via Bluetooth headphones. A feature called Whispersync will even take note of which part of the audiobook you’d stopped listening to and, when you finally open the ebook version, pick up exactly where you left off.

Amazon also brought some much-needed aesthetic changes in the new Paperwhite. For example, the six-inch display is now flush with the rest of the bezels, which means dusts and other debris won’t get stuck in the edges of the display since it’s not recessed anymore. The company has also expanded the brightness range to 10% so you can see the display even under the sun.

You can choose between two versions. There’s an 8GB one that’ll run you $129, or the 32GB, which costs $159. We’re not sure why 8GB wouldn’t be enough even for the most voracious reader since e-books aren’t particularly large files, but if you’re big on audiobooks, you should consider buying the 32GB version.

Protect Your Gear With The Razer Concourse Pro Backpack

The Razer Concourse Pro Backpack can fit a 17.3" laptop and your other gear for work and play. It uses lightweight materials for breathability and portability.

The Supr Good Co. Slim Wallet Is Ultrathin Its Barely Noticeable In Your Pocket

The Supr Good Co Slim Wallet is ultrathin at just 3mm yet it can hold up to 8 cards and lets you breeze through RFID scanners. It's a minimalist wallet that does its job very well.

At daytime, the Excalibur Blacklight oozes with elegance, but the fun begins when night arrives as the UV-reactive components light up.

Similar to the Apple Watch Series 6, The Venu Sq now ships with a blood oxygen saturation sensor and Garmin Pay for contactless payments.

Timberland’s Garrison Trail series also has an ace up its sleeve as the fabric linings used by the hiking boots are made of ReBOTL.