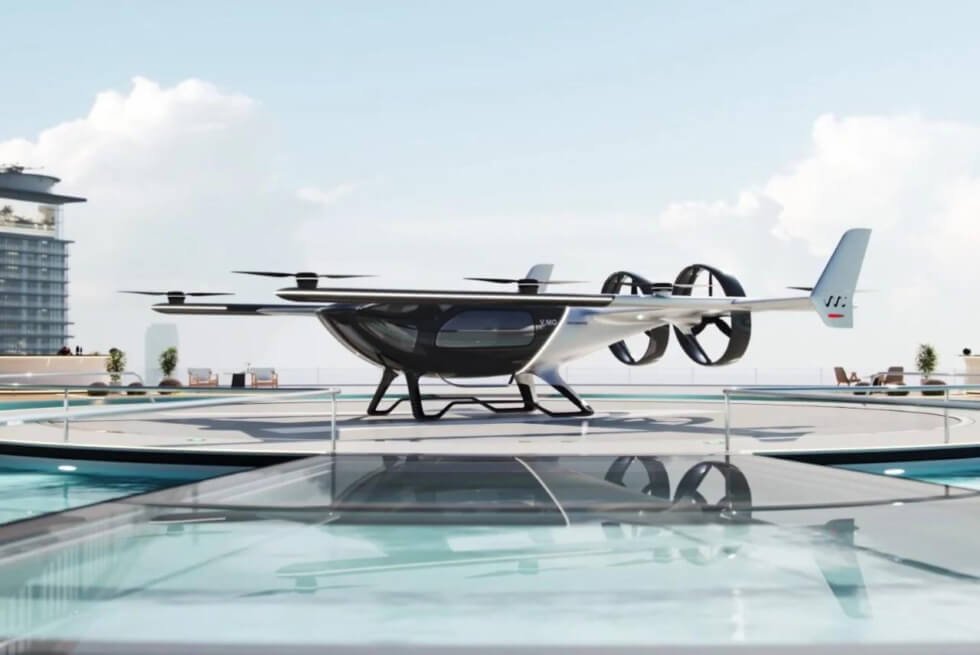 A couple of years back, you’ve probably noticed an upsurge of announcements regarding eVTOL concepts. Contrary to fixed-wing models, the capability of landing and taking off without requiring a large runway is an essential feature for the future of personal flight platforms. Hence, Volkswagen teases what it has in store for urban mobility — the V.MO concept.

If you’ve messed around with drones before, then this concept’s silhouette should appear familiar. However, the V.MO opts for eight rotors along with two propellers for propulsion. The units designated for the vertical lift are arranged in a row of four that intersect the forward and rear wings.

Furthermore, the use of landing skids does make it look like a quadcopter, albeit a huge one. This remarkable project is a joint venture between Volkswagen Group China, Sunward, and Tangerine. As more vehicles hit our roads in the years to come, congestion will become a nightmare for those in the city.

Thus, air taxis will become essential modes of transport. “After intensive research, conceptual work, and development, the project team has now developed its first validation model – the V.MO,” said the carmaker in a press release. In line with its push for electrification, this eVTOL will operate on green technology.

The goal is to make autonomous flights mainstream for commuters and those who can afford an eVTOL like the V.MO. Volkswagen plans to begin test flights a few months from now and all the way to the following year. For now, they’re eyeing a four-passenger capacity along with their luggage. Meanwhile, the range on a full charge should be around 124 miles give or take.