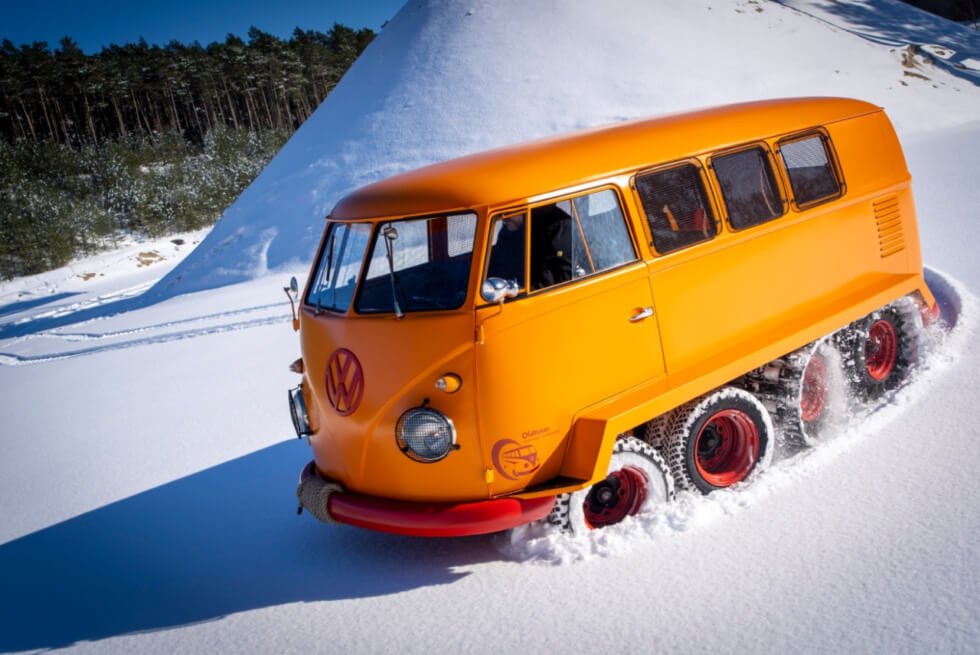 The Volkswagen Minibus was an automotive icon in the ‘60s. Also known as the T1, it was a groovy ride for those who are all about the phrase “make love, not war” and was also a favorite donor vehicle for camper projects back in the day. The Half-Track Fox, however, is a unique project intended for climbing up snowy mountains and more.

With a strong following to this day, it’s no surprise that the original manufacturer opted to restore this bespoke build. The Half-Track Fox started out as a normal T1 that rolled out of the carmaker’s Hannover factory in 1962. It did not take long for Kurt Kretzner to convert it into a four-axle machine.

The first two were for steering, while the remaining duo are outfitted with a chain drive system. Not only could it handle snow but climb steep inclines as well. Its odd configuration provides exceptional maneuverability over almost any type of terrain. Thus, we can call this VW microbus an overlanding platform of its time.

As long as you don’t mind a top speed of only about 21.75 mph, the Half-Track Fox is more than capable of the task. Volkswagen points out that it draws power from the stock T1 engine. The front two wheels are shod in dual 14” rough-tread tires. Meanwhile, the rear rims are wrapped in 13” rubber with custom aluminum/rubber tracks.

People saw it in action for the last time in 1985. Thereafter, it changed hands multiple times until it became part of VWCV Classic Vehicle’s collection. After undergoing an extensive restoration, the Half-Track Fox now looks brand new. Testing shows it is still a beast when it comes to uphill treks. 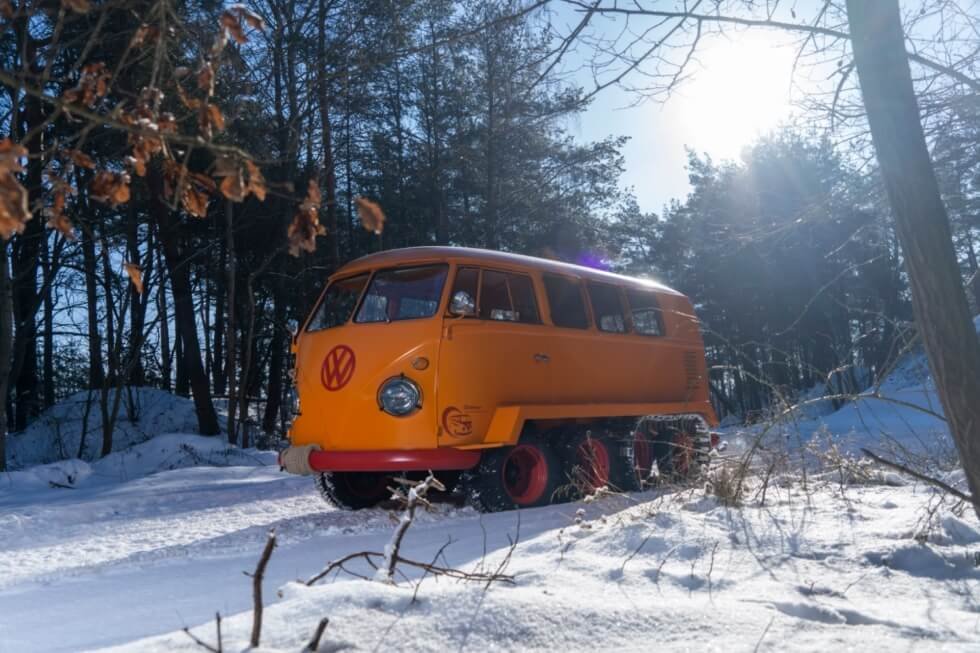 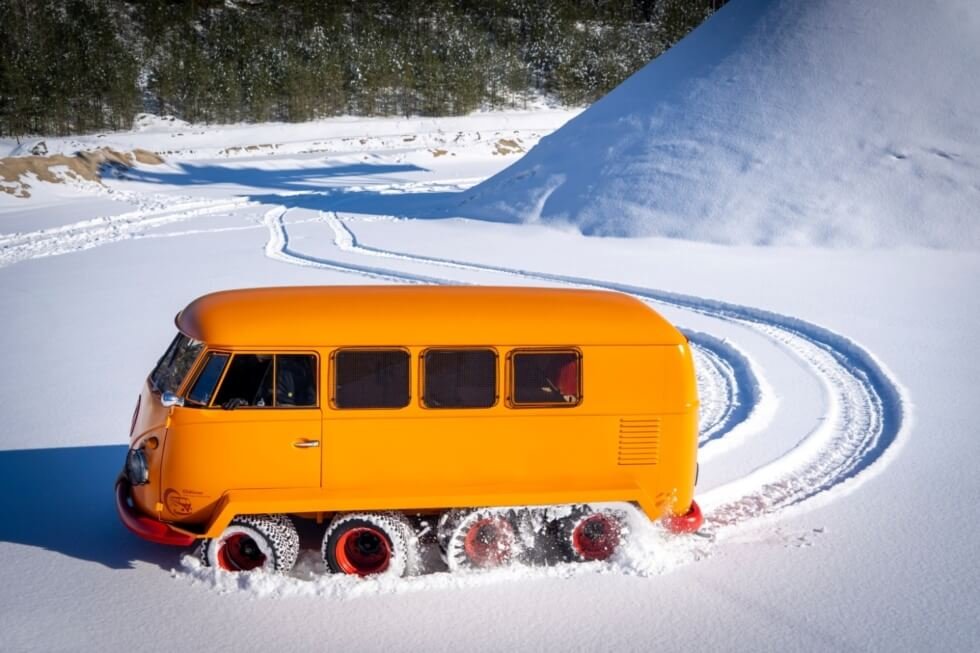 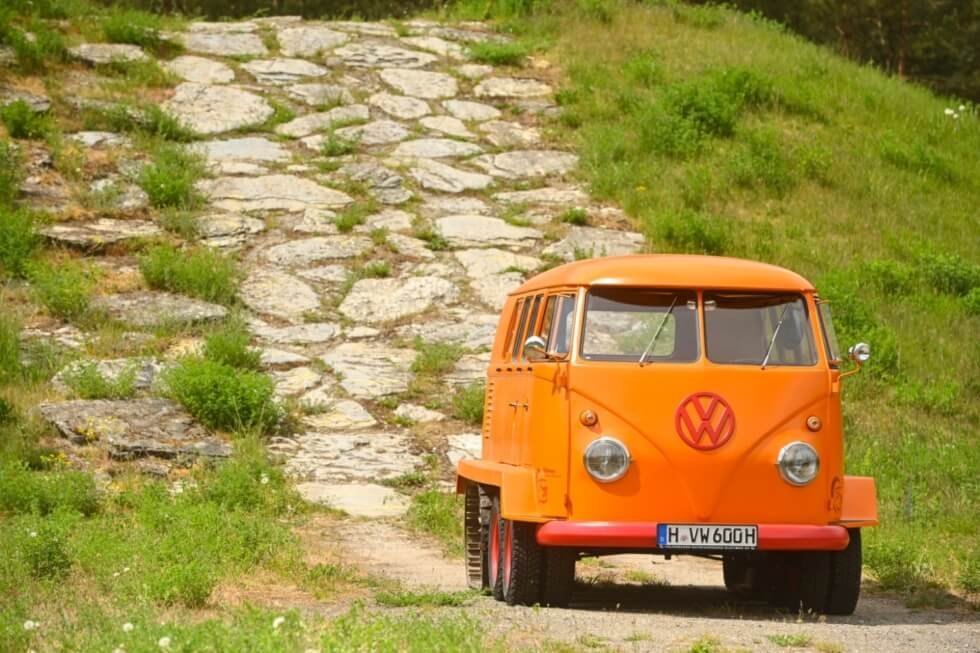 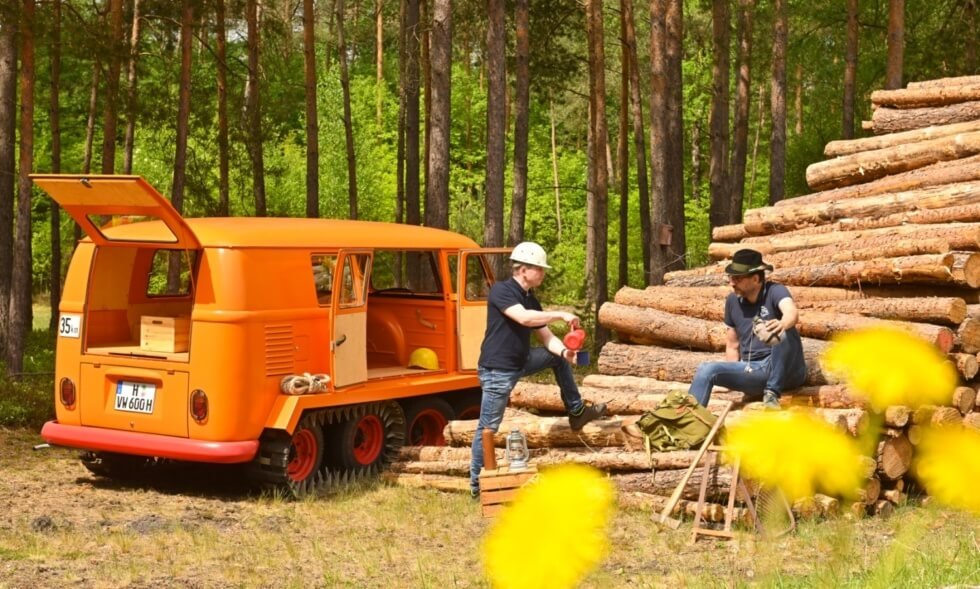 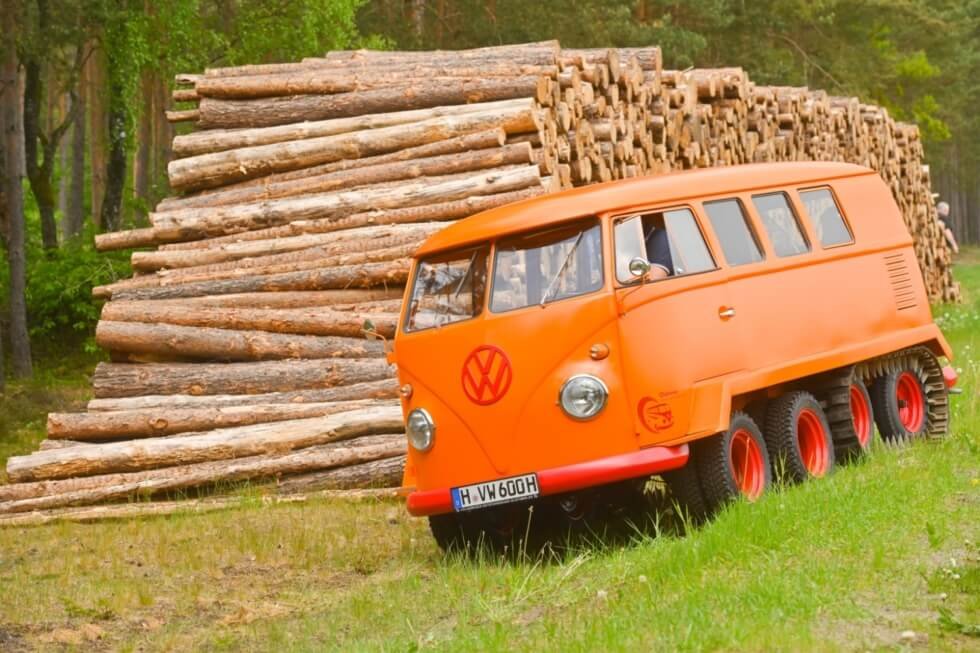 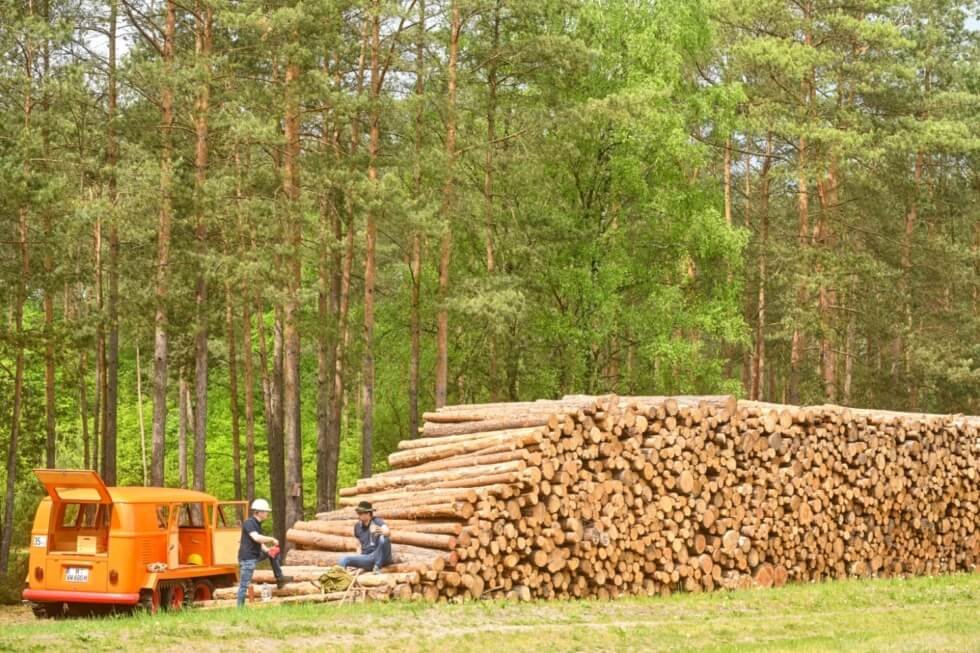 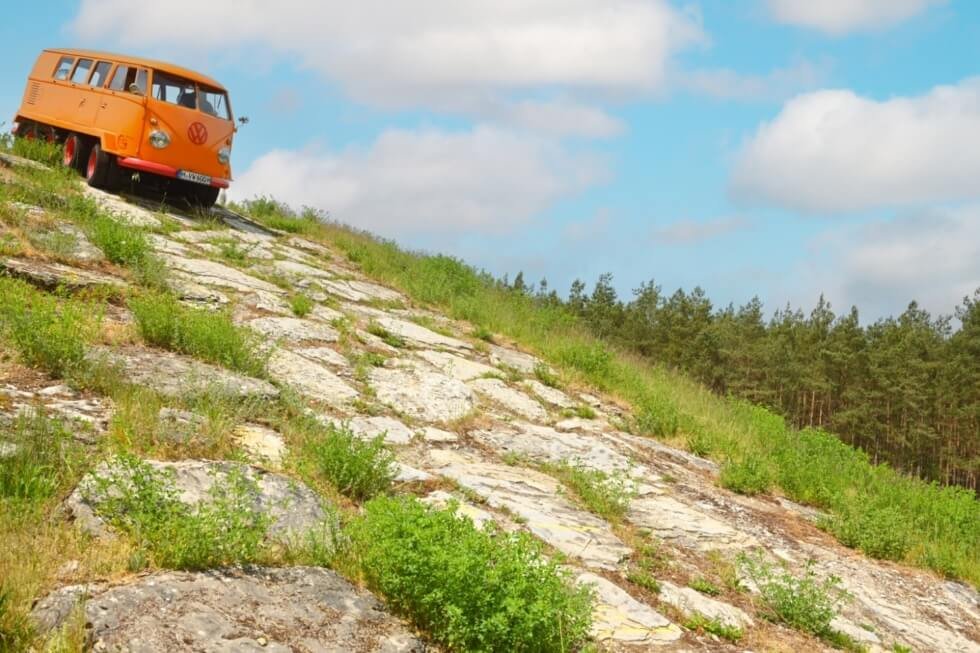 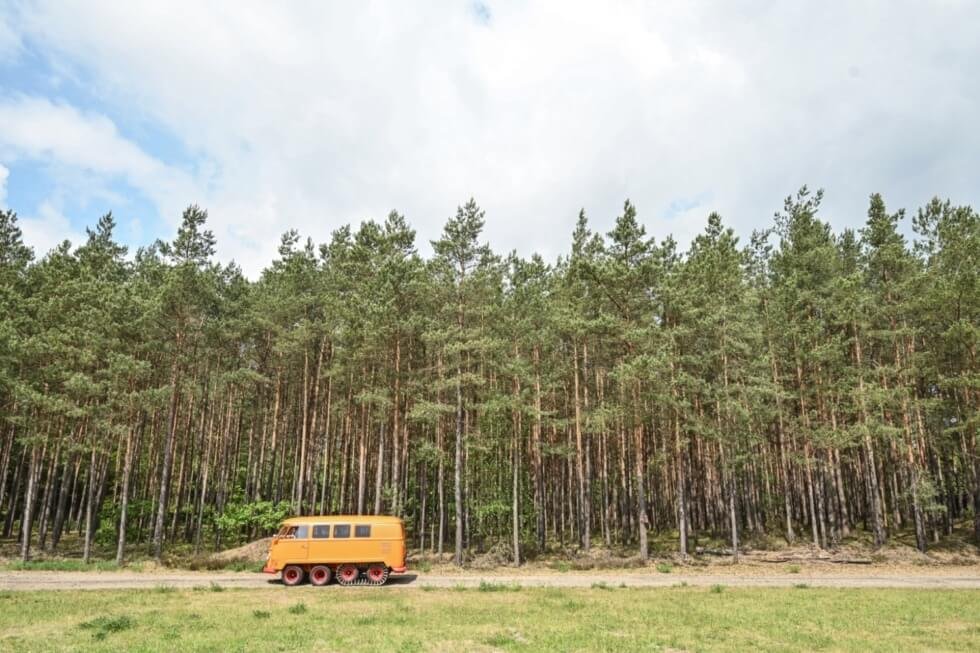 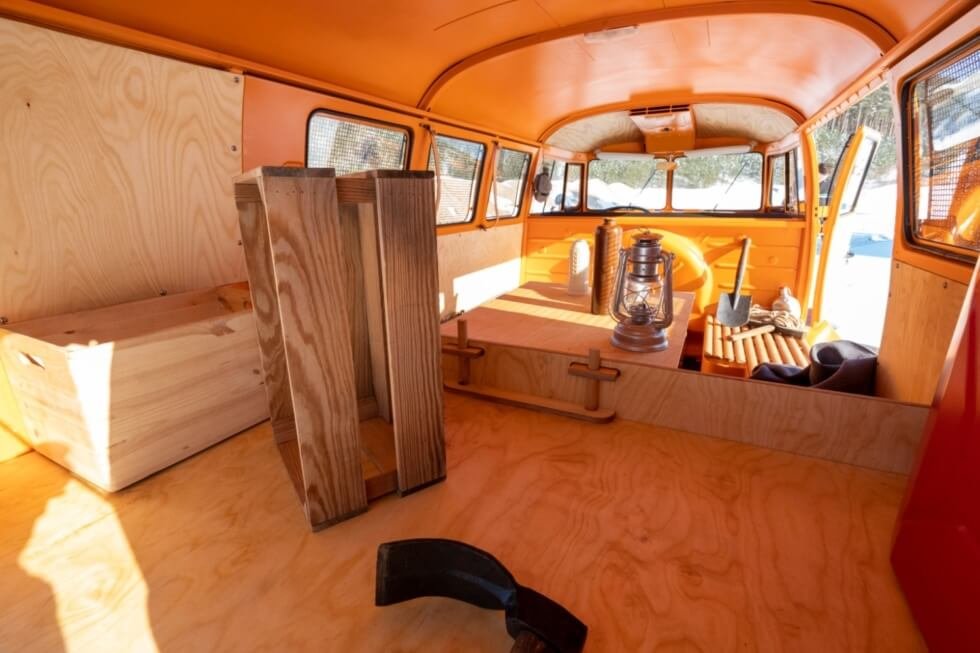 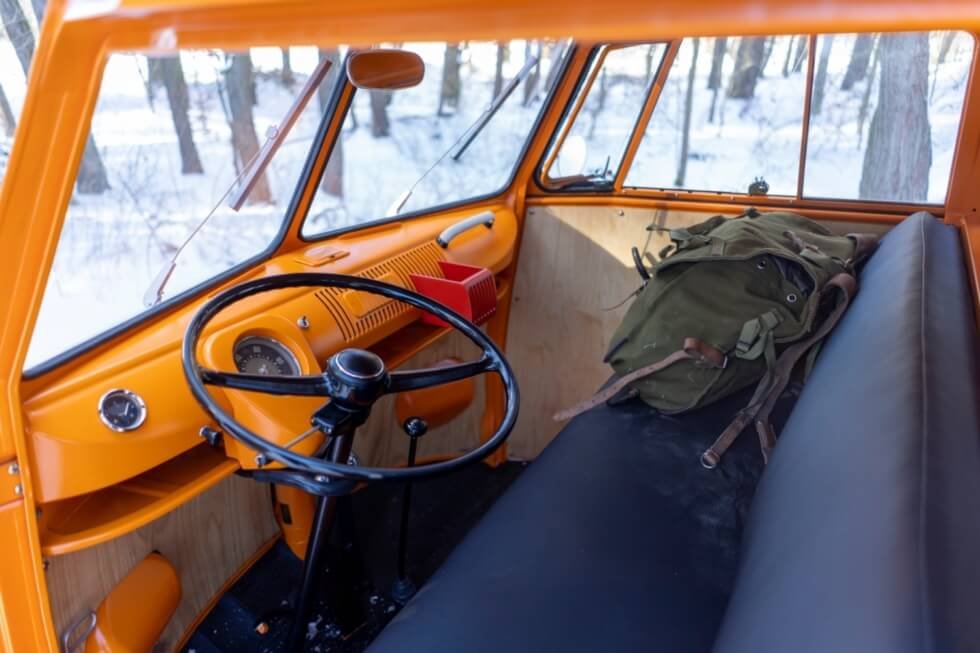 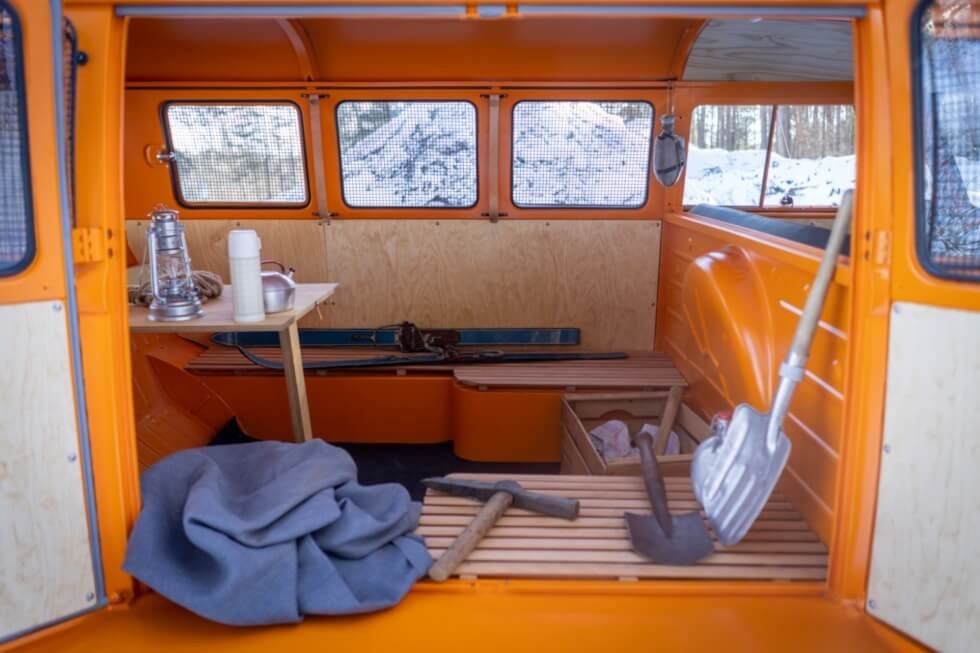 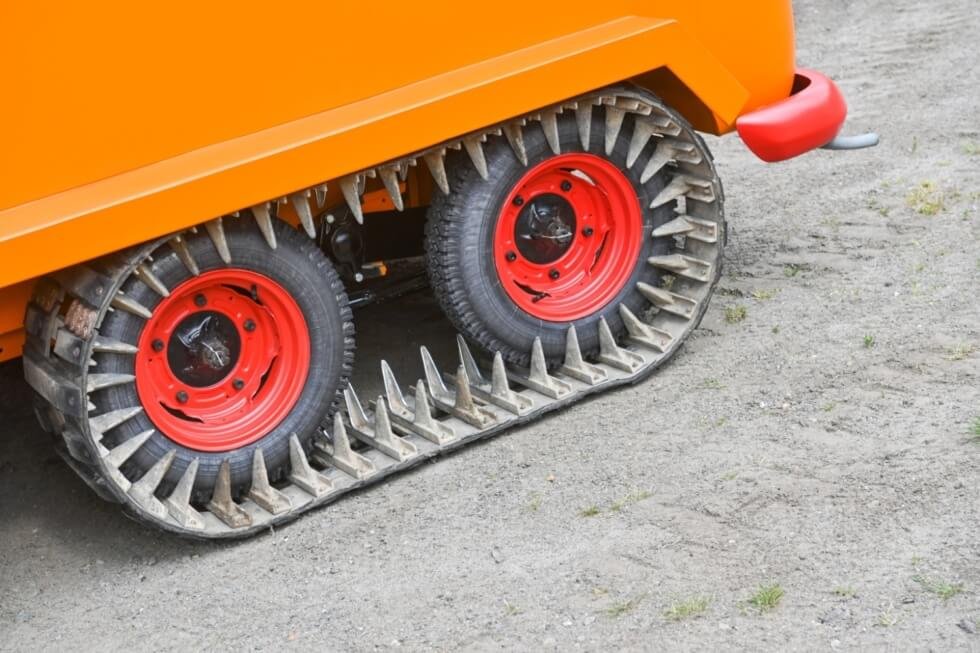 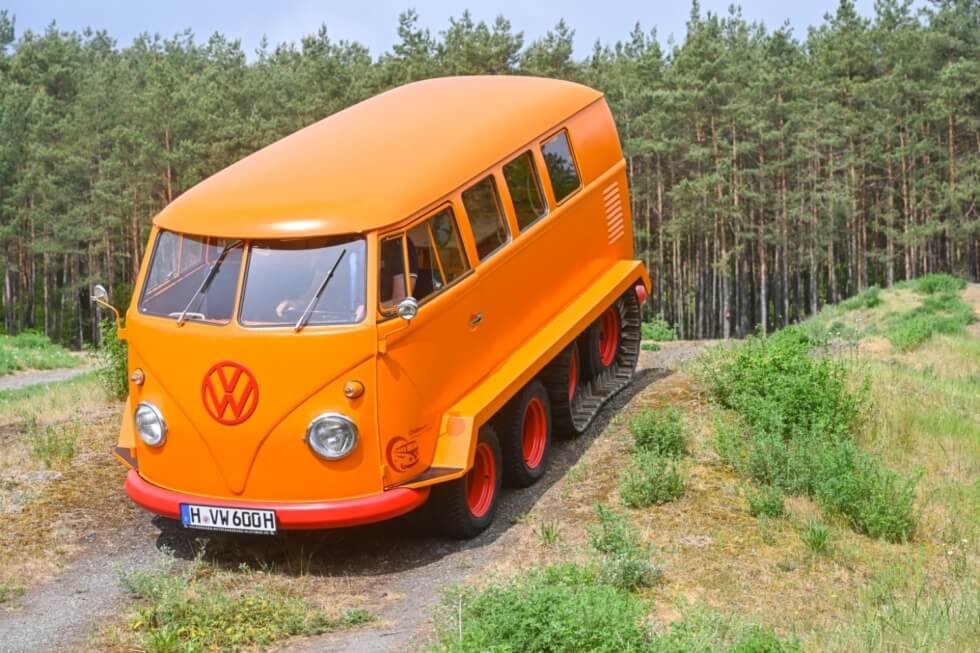