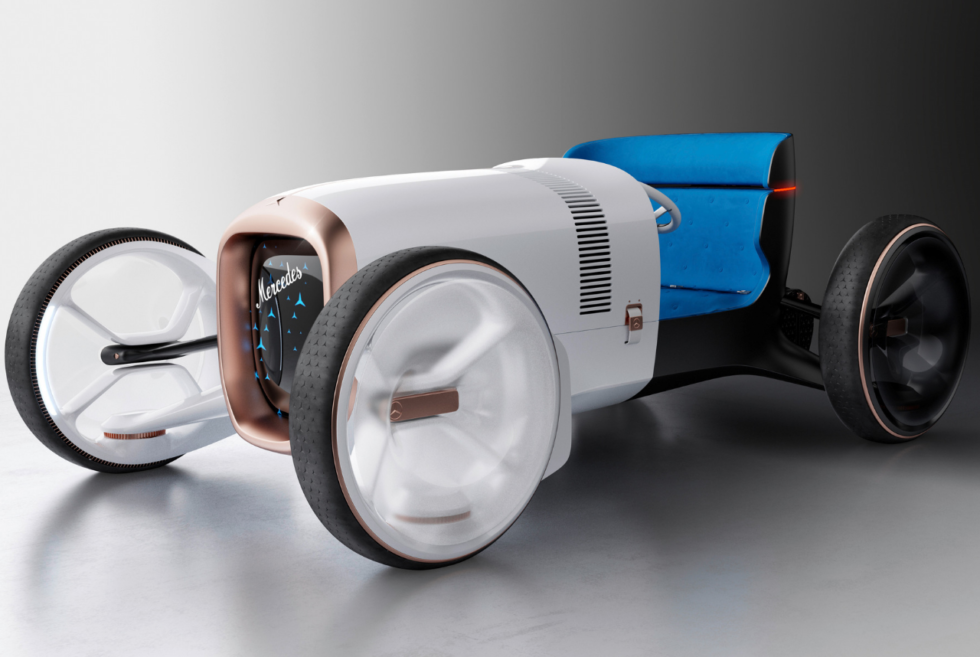 Being an automotive junkie means that you need to have an open mind. On the other side of the spectrum are purists and nostalgic individuals who want nothing to do with innovative ideas. It will be hard to convince the latter group, but Mercedes-Benz might just have something to make them think twice. Enter the Vision Mercedes Simplex a tribute to the first modern vehicle that started out as a race car. Eventually, it was reworked for regular use on public roads during its time.

The automotive industry is gradually crossing over to electric power in order to reduce carbon emissions. Therefore, it is only natural for Mercedes-Benz to present the Vision Mercedes Simplex as an all-electric concept. Unfortunately, this awesome machine is currently just a showpiece only concept for now. However, there’s no rule against dreaming about riding this around the city.

This open-top two-seater features a striking combination of colors. The front half is a stunning white, while the remaining portion is in elegant black with a striking blue seat. Rose gold elements add an alluring contrast, while a glass panel occupies the front instead of a grille. Additionally, the LED lights supposedly indicate the current status of the Vision Mercedes Simplex.

The form factor intentionally resembles the classic Mercedes 35 PS – an innovative race car of its era – designed by Paul Daimler and Wilhelm Maybach. Funding the project was Emil Jellinek, an affluent automobile entrepreneur. The Mercedes-Benz Vision Mercedes Simplex looks like an exciting teaser for future production models. We can only hope there’s is enough demand for the German carmaker to consider putting one on the assembly line. 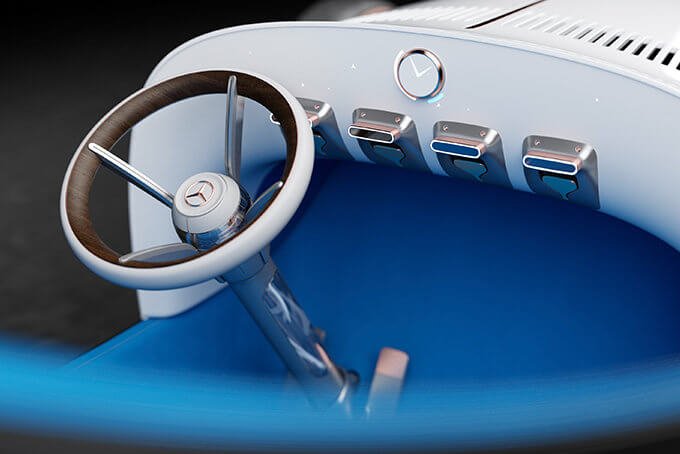 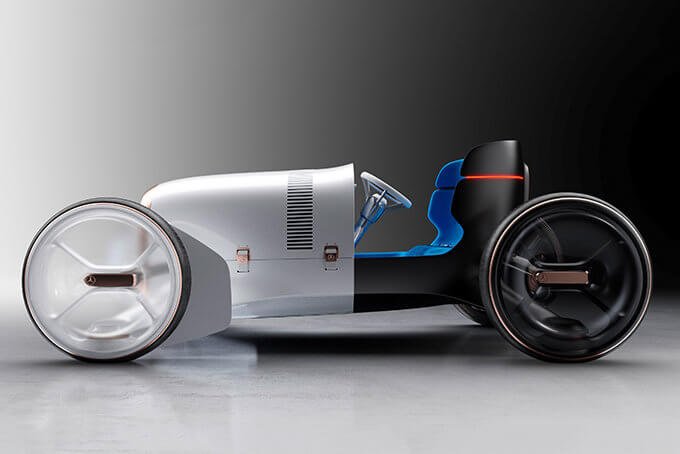 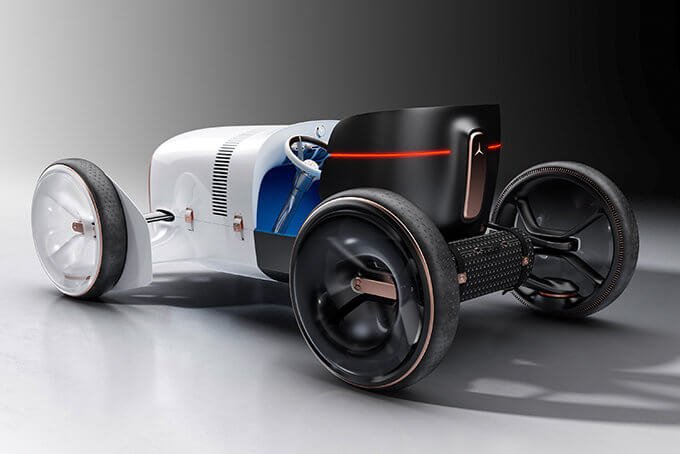 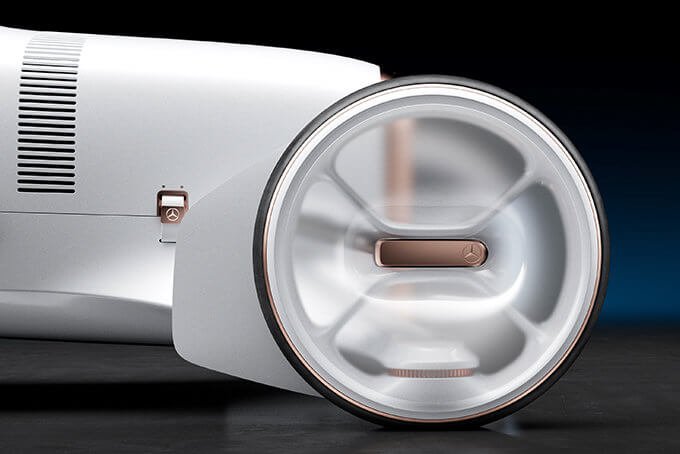