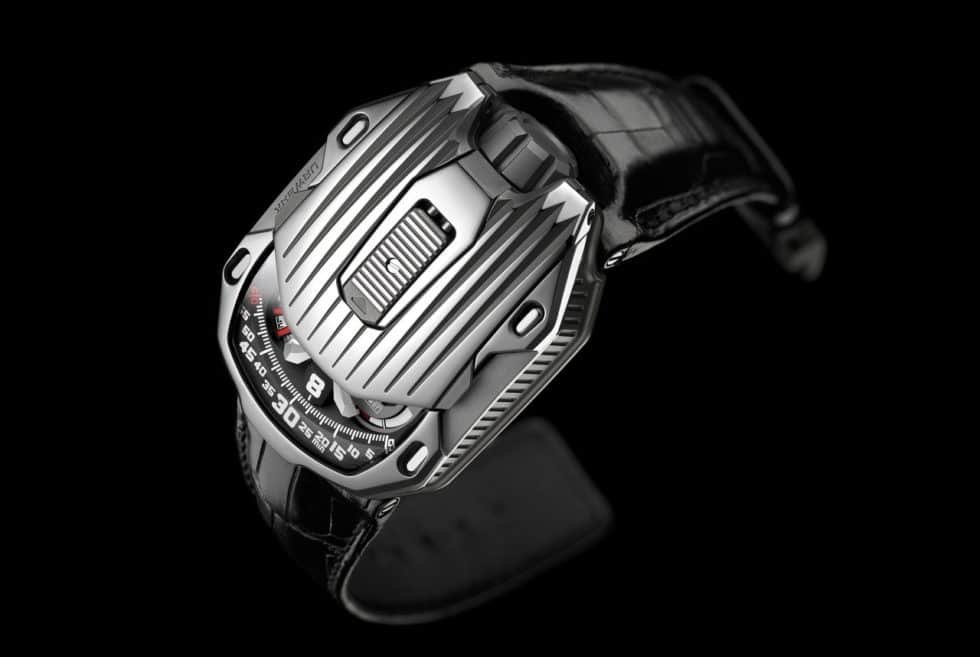 Urwerk is a relatively new independent Swiss watch company already known for its creative designs. Now, as a celebration of their 20th Anniversary in business, they have released a new iteration of their popular UR-105 model. The Urwerk UR-105 CT Steamliner Watch ($68,120) takes its visual cues from the skyscrapers of New York City.

The time is displayed along a small curved band at the bottom of the dial and shows hours, minutes, digital seconds, and power reserve. In the center is a button that ‘opens the hood’ and lifts the cover back to display the inner workings of the satellite mechanism with its automatic 52 jewel caliber and twin turbines. The case is 39.5mm wide and, to fit the skyscrapers in, is 53mm long with a 17.3mm thickness.

The Urwerk UR-105 CT Streamliner is available in two versions. Choice is between a full-gray titanium with mirror-polished steel and red accents or the titanium with black PVD coated steel with yellow accents around the dial. The strap also comes in either leather or textile on a pin-buckle. 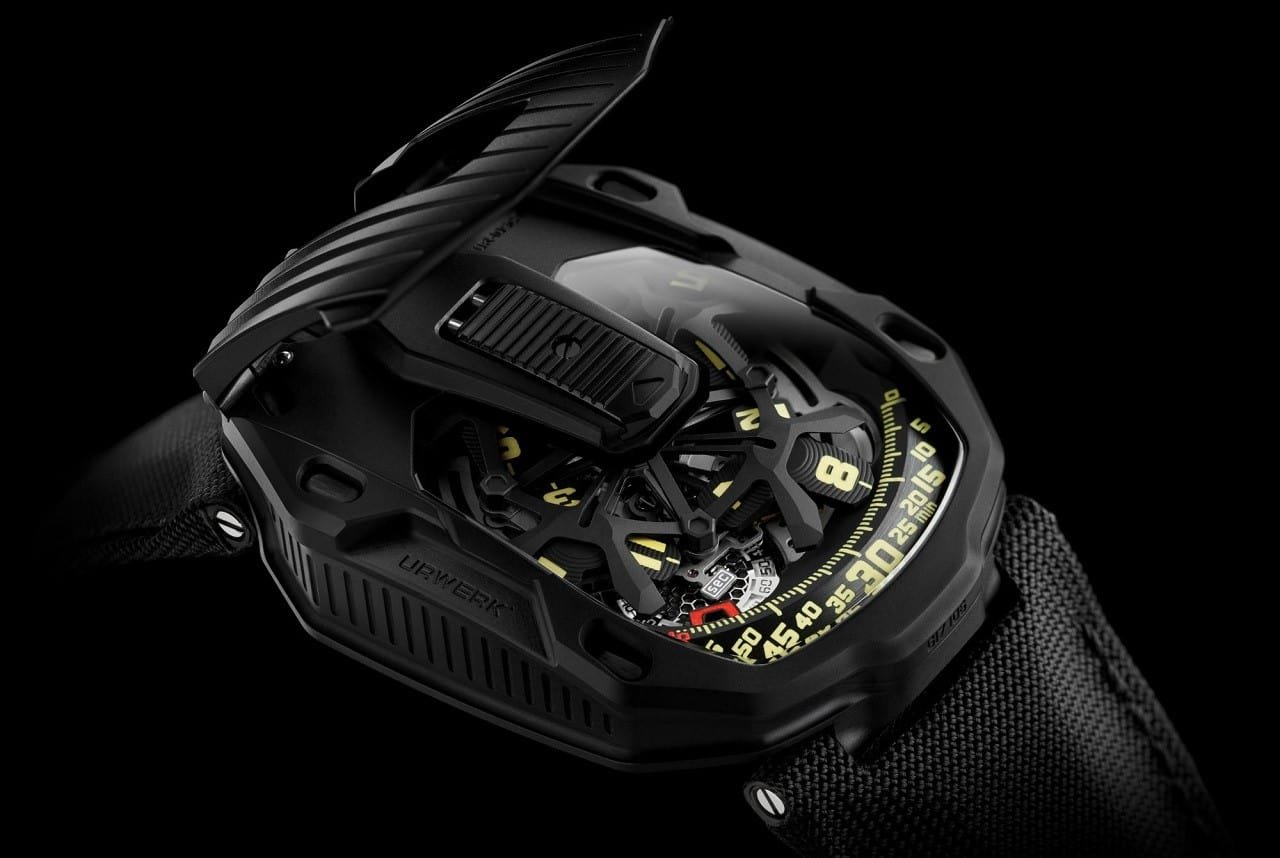 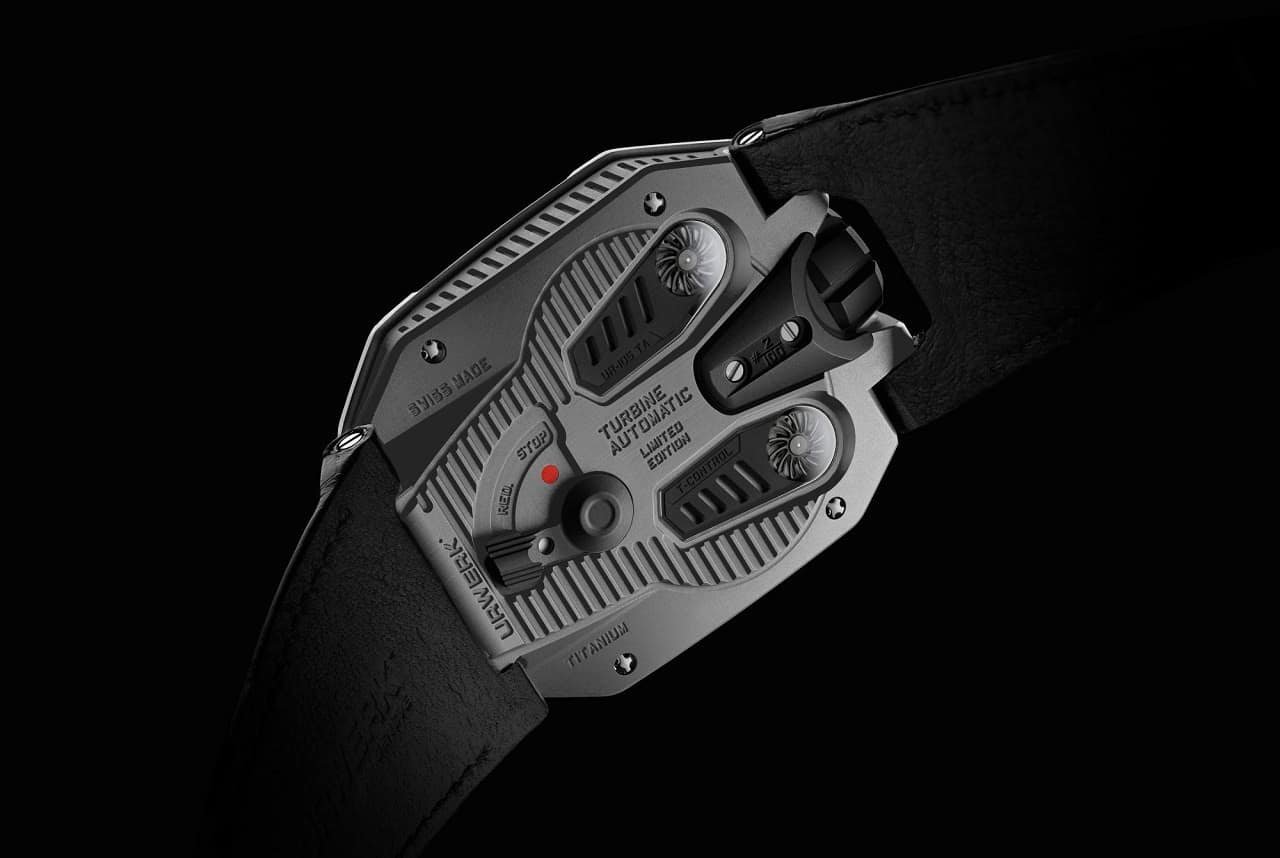 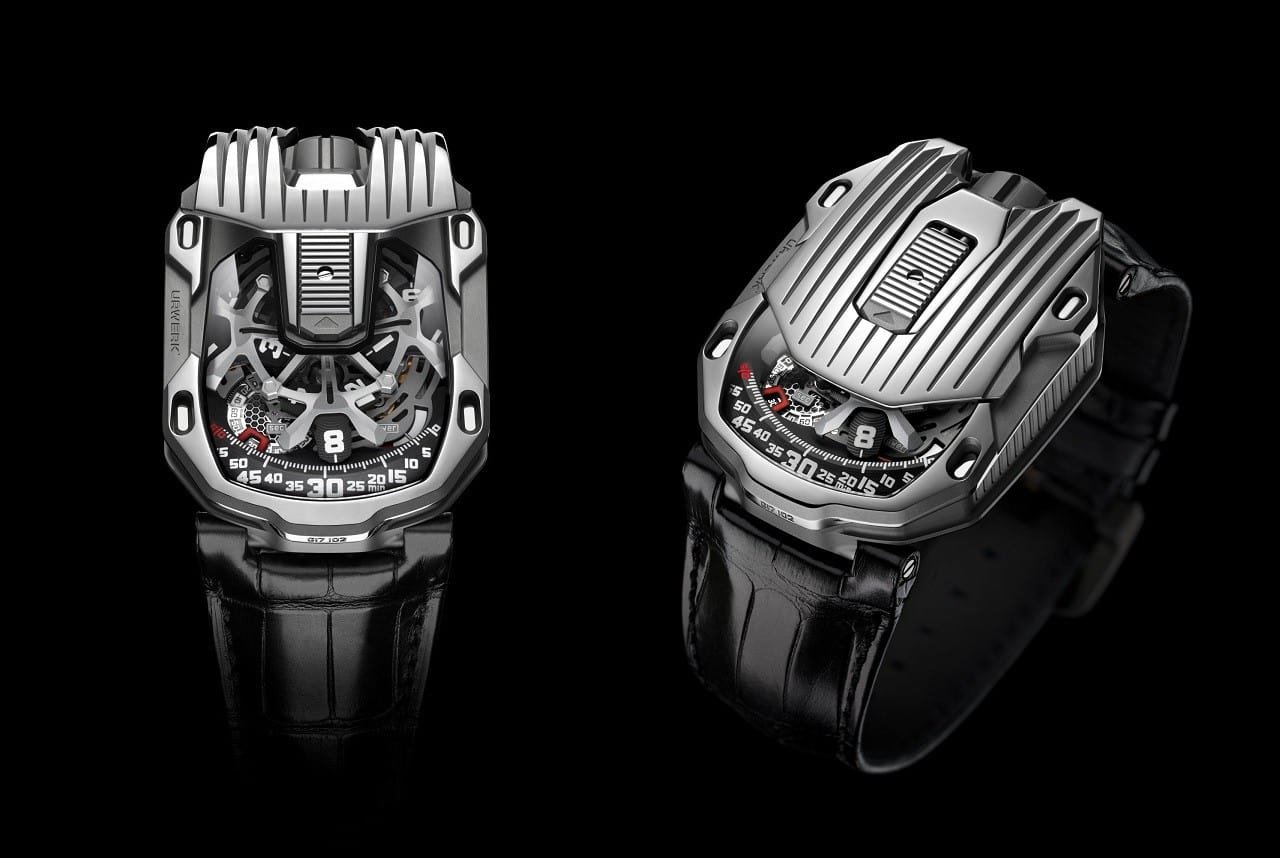 This U.S. Rubber CO. Military High Top sneaker used a vulcanized rubber outsole to make it lightweight yet durable with a strong grip on wet surfaces.

Ulysse Nardin is producing only 75 examples of its space-themed Freak S timepiece with only 40 units to ship out in 2022.