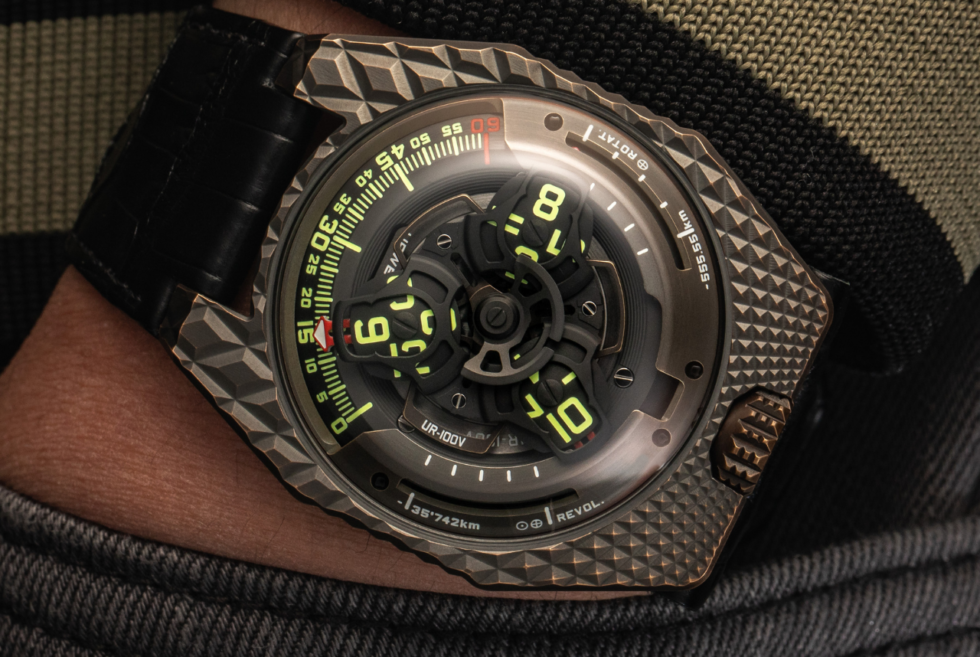 We have featured Urwerk’s popular model – the UR-100 – in its many variations and we still want to see more. Thankfully we now have another that apparently draws some design ideas from an extinct reptile that continues to fascinate people to this day. They’re calling it the UR-100V T-REX which might be confusing at first, but it’s apparently for a specific reason. Anyway, if you love what the timepiece offers, this latest one should be in your collection.

With only 22 examples up for production, the UR-100V T-REX is a must-have for Urwerk fans. Doubling back to what inspired the watch’s namesake, the watchmaker notes that it wanted a primal texture. We can recall that it released a T-REX variant of the UR-105 a few years back. Thus those who were unable to grab theirs back then now have a chance to do so now.

The most striking feature is the 41 mm solid bronze case and the mosaic of scales that supposedly resembles that of the Tyrannosaurus rex. Moreover, what gives the UR-100V T-REX a unique presentation are three successive treatments. We all know that the alloy develops its own patina over time, which is the first step. What follows is a CNC-milling session to give it that distinct pattern. Finally, is a proprietary biochemical burnishing process that produces the vintage finish.

Like other UR-100s in the catalog, the UR-100V T-REX touts the signature satellite wandering hours complication. This is enclosed under a domed sapphire crystal. Meanwhile, the black PVD titanium exhibition caseback lets us view the UR 12.02 self-winding calibre and its Windfänger turbine and planetary gearing. Urwerk promises a 48-hour power reserve and pairs the watch with a black alligator strap. 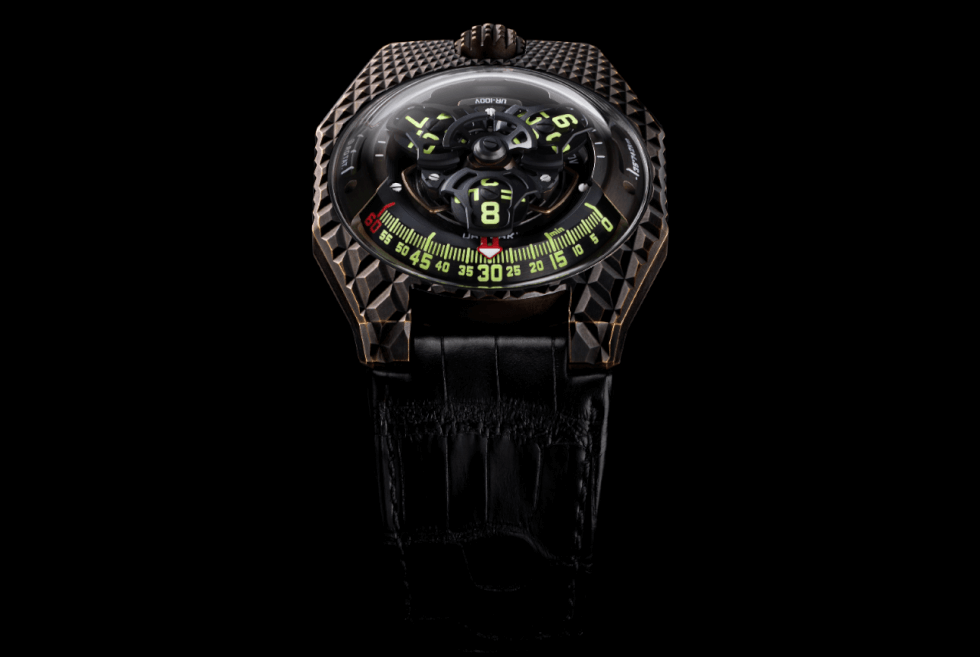 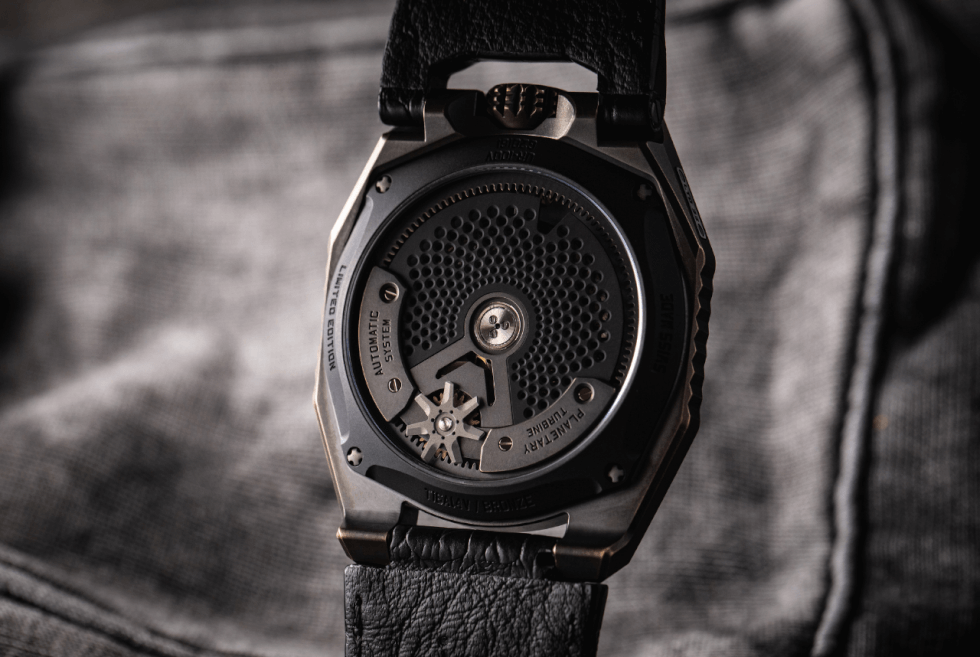 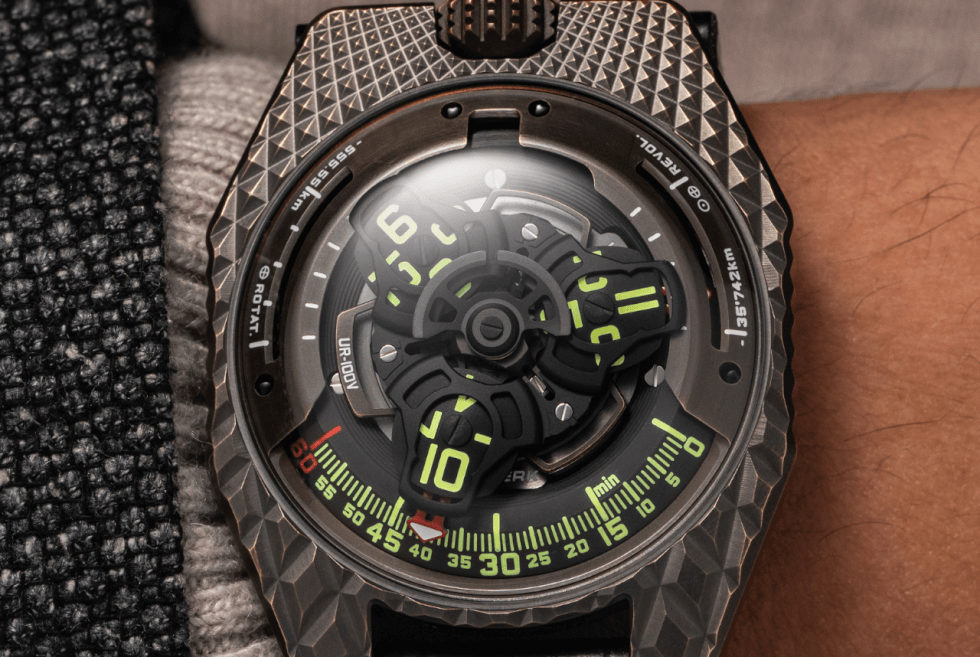 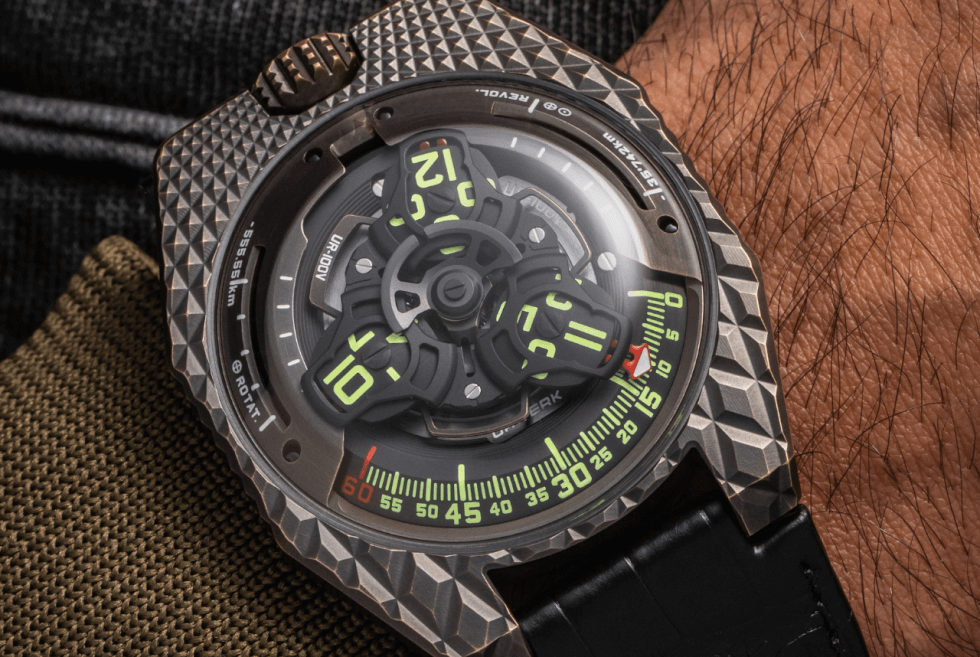 Another cool aspect of the A&futura SE18 is the LED-backlit volume wheel, which shows the volume level and bitrate of your music track in different colors.