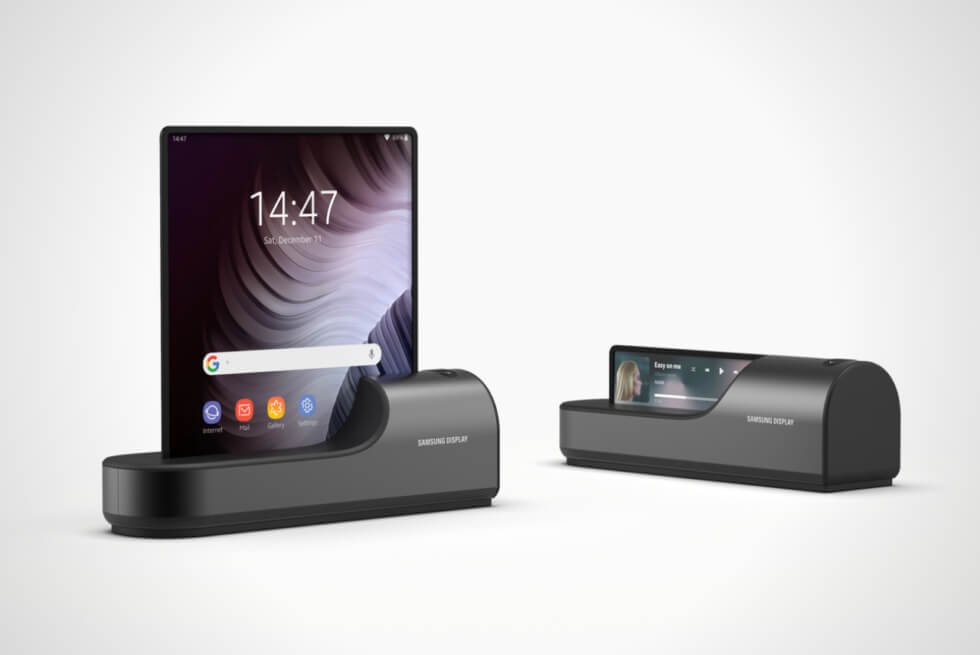 In 2011, Samsung set the tech industry abuzz when it previewed a prototype flexible display. Insiders were already talking about devices in development that would eventually use the technology. Nevertheless, it took the company quite a while before it was implemented as intended. Before the release of its first smartphone with a foldable screen, there was this rollable device that never launched.

The South Korean consumer electronics manufacturer unveiled the Galaxy Fold in 2019. After a controversial durability issue came to light, the release was pushed back to much later that year. To our surprise, a team from Unichest was also working on something featuring a rollable display at the time.

There are no specific details as to what this Samsung gadget is for exactly, but there are enough hints from the design. It appears to be a smart speaker with a built-in rollable display that extends and retracts. We’re not sure if this action is motorized or if you need to manually lift it to engage the locking mechanism.

As you can see, there is no model name anywhere on its black housing. The only text reads “Samsung Display” to imply that this project did not go far into development. Still, the perforations at the bottom section suggest it packs speaker drivers. To the rear, there are several ports for wired connectivity.

You have a USB-C, two USB-A, and an HDMI port. It’s not clear if the latter supports video or if it purely functions as an Audio Return Channel (ARC). We think it’s a stylish yet odd choice for Unichest to add a contour. It covers one corner of the rollable display. Perhaps Samsung has something better in mind. 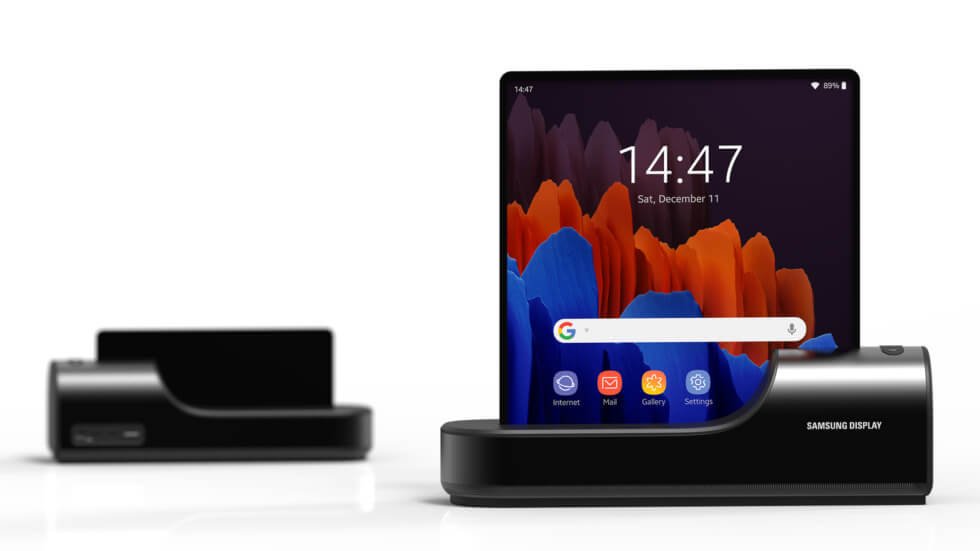 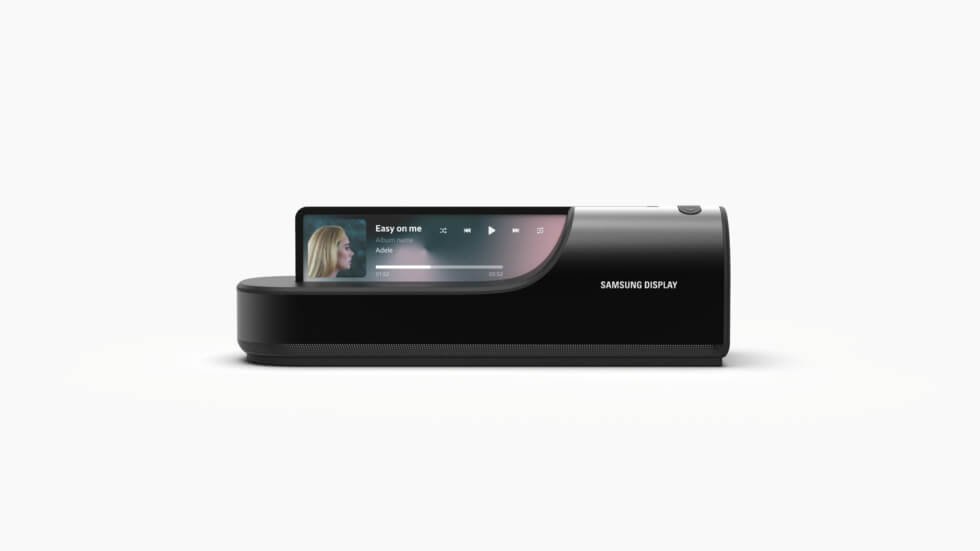 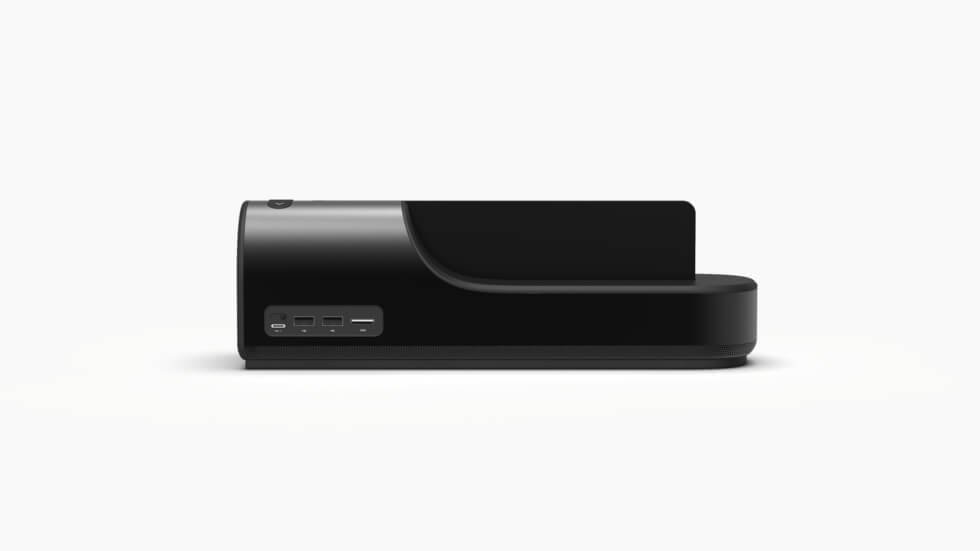 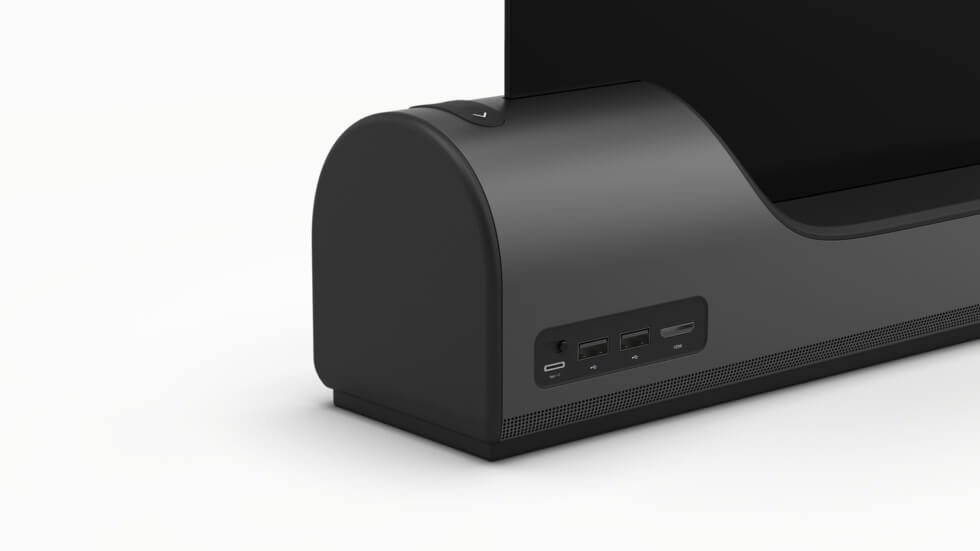