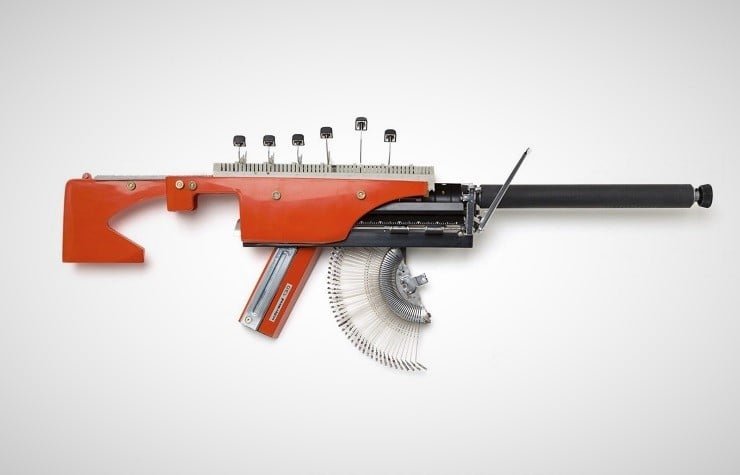 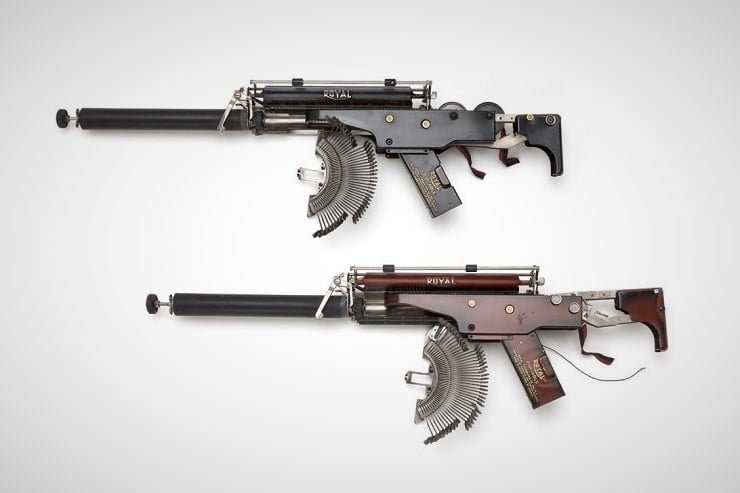 Québecois artist Éric Nado admits that since he was a child, the sound of typewriter keys being struck was reminiscent of gunfire to him. Building on that memory, he undertook the transformation of these iconic writing machines into the image of weapons of war. Both typewriters and guns hold a special place in our culture despite the differing uses they are put to.

Each of the sculptings in his ‘Typewriter Guns’ Series ($2,800) is produced from a single typing machine. The finished piece takes on a futuristic look with the vibrant hues of a tool of creation being transformed into a colourful machine of death. This juxtaposition of ideologies makes the almost steam-punk accents of the finished assault rifle sculptings stand out in lighthearted conflict.

The assault rifle motif is a non-functioning representation that evokes a fundamental dichotomy of human nature between creation and destruction; between Dark and Light; between Vitalism and Entropy. In all, the Typewriter Guns are an excellent example of the power of artistic expression. 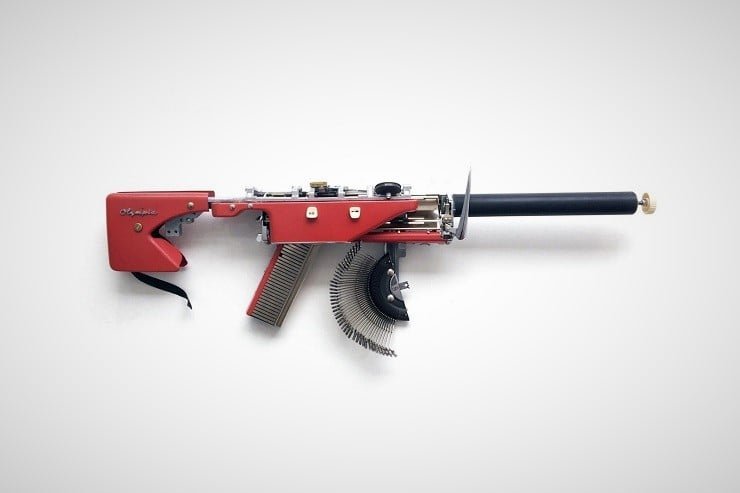 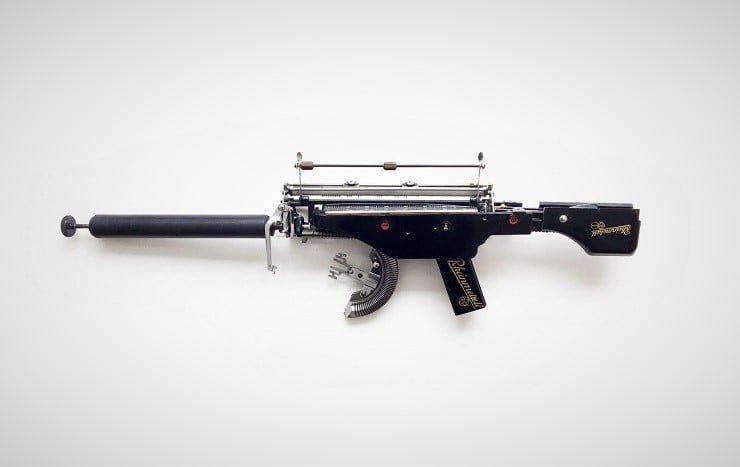 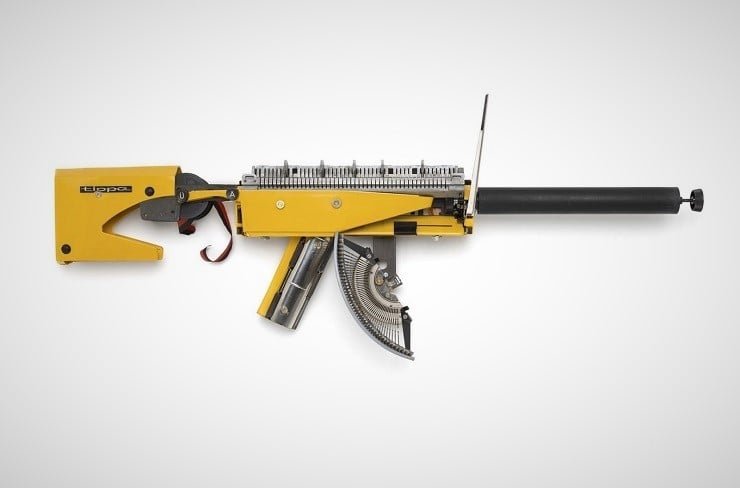 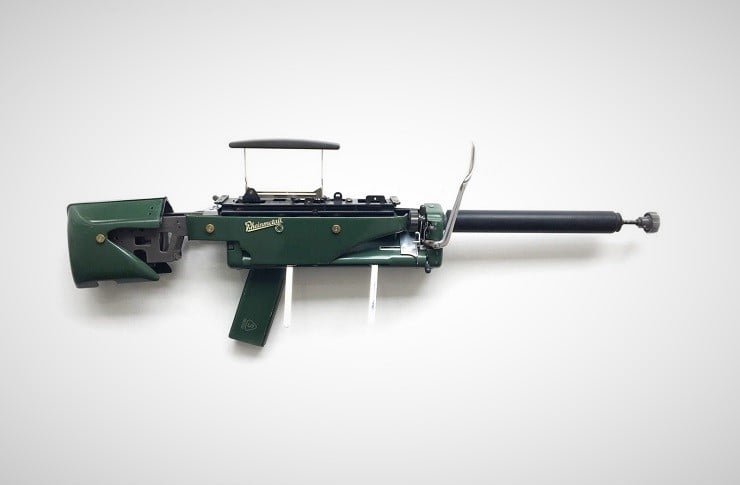 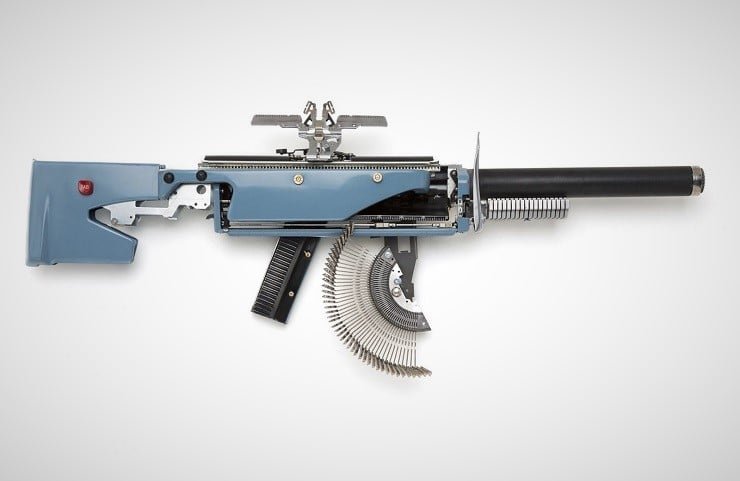 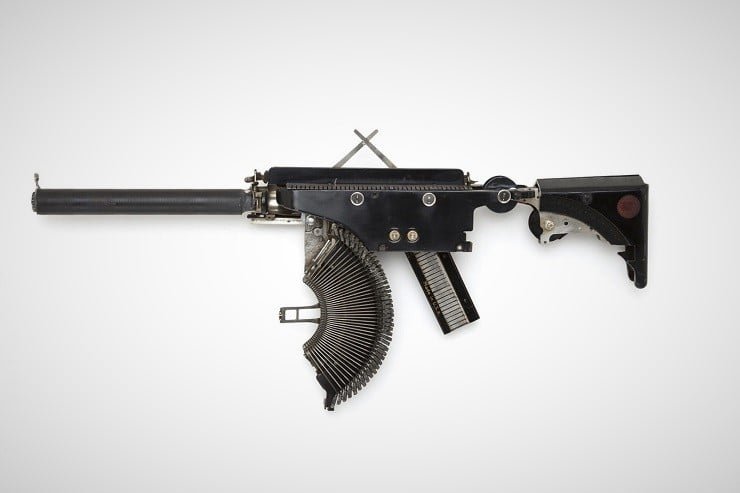 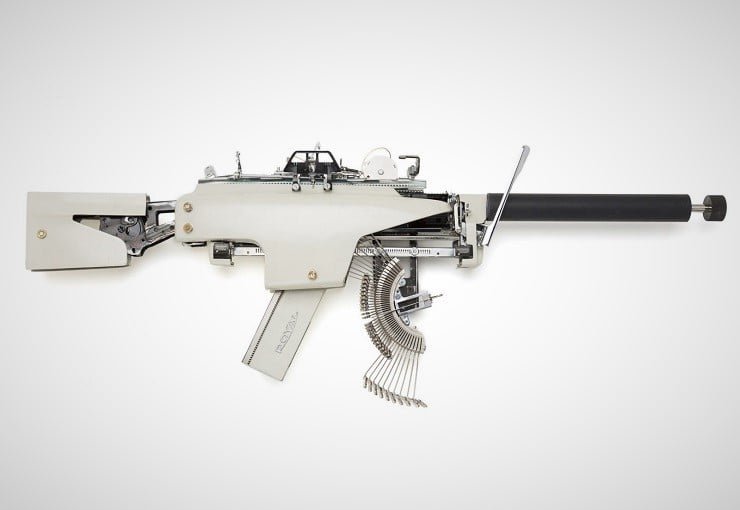 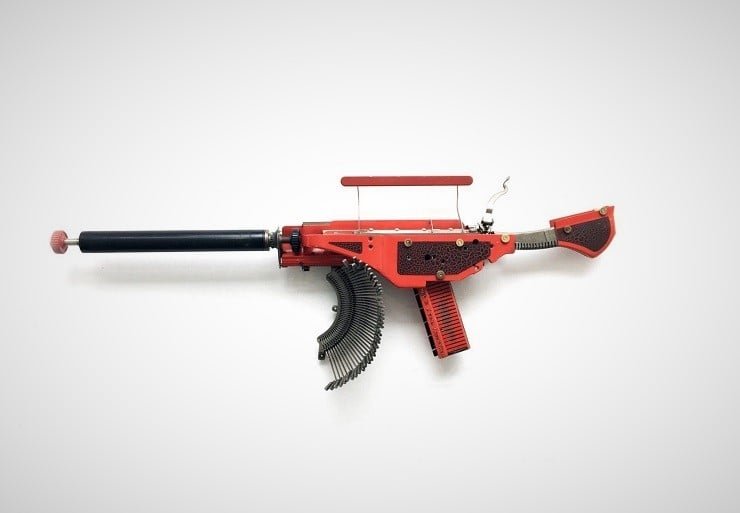 Boost your movie memorabilia collection with the James Bond 007 Secret Agent Attaché Case to show your love for the renowned British spy.