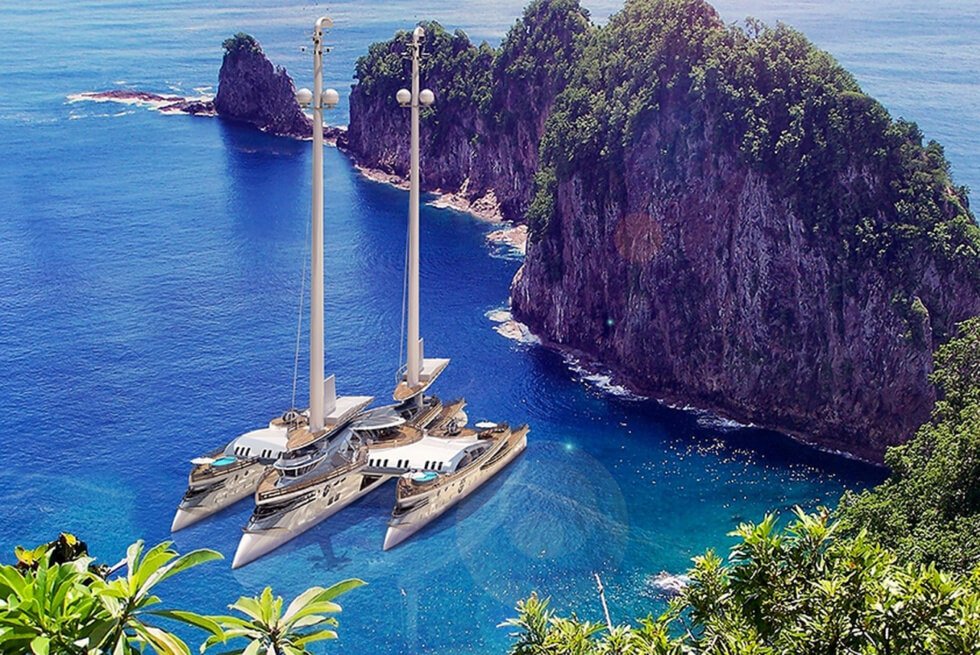 Over the years, we’ve seen naval architects push the boundaries of design. Some end up being built, while others never make it out of the concept stages. Nevertheless, the latter can always serve to inspire future silhouettes. The Trident by Steve Kozloff is a semi-sustainable idea we want to see sailing the seas.

We meant that literally since this vessel features towering masts to help it get around via wind power alone. The 328-foot Trident lives up to the name with its triple-hull configuration. His decision to go with a trimaran tells us that stability is a crucial factor for his blueprint.

After all, the masts boast a mechanism that allows them to tilt up to 70 degrees forward. This means the ship can adjust its air draft anywhere between 238 feet and 138.5 feet. Many will find this handy to have especially when there are bridges along the way.

Kozloff reveals that the Trident belongs to the Goliath Series which counts the Galleon, Elegante, and Glory as part of the lineup. The Solid Sail System is the work of Chantiers de L’Atlantique – a French shipyard. With the sails fully deployed, it can reach speeds of up to 12 knots.

She also comes with a hybrid diesel-electric system that can push her up to 17 knots. This is a favorable setup just in case Mother Nature does want to cooperate. The Trident boast 5,100 square feet of multi-level space across its aluminum superstructure and steel hulls.

There are two helipads, two pools, and a massive garage that can hold two tenders and even a U-Boat Worx NEMO submersible. The 682-square-foot owner’s suite is at the bow of the main hull, while two VIP suites occupy the other two hulls respectively. 10 guest cabins are likewise available. The Trident requires a crew of 20 to operate efficiently. 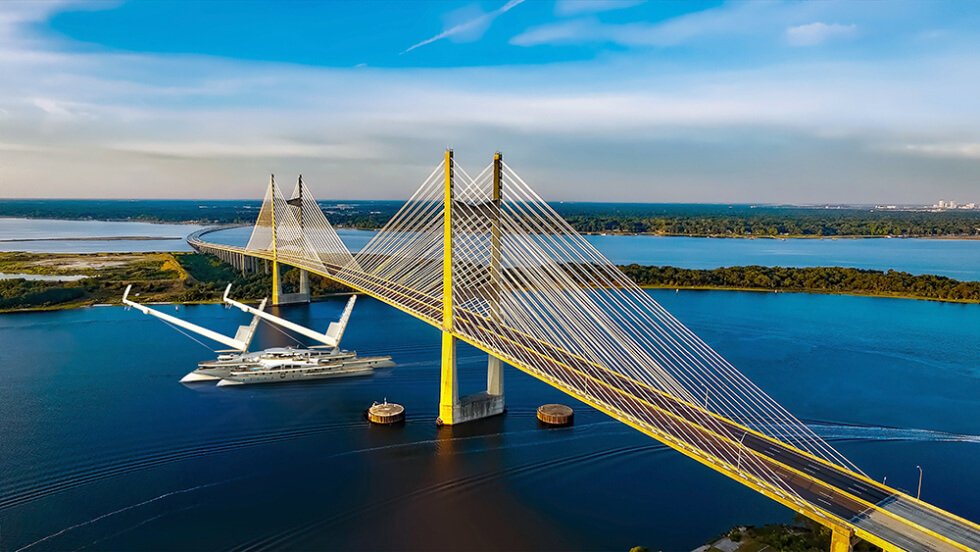