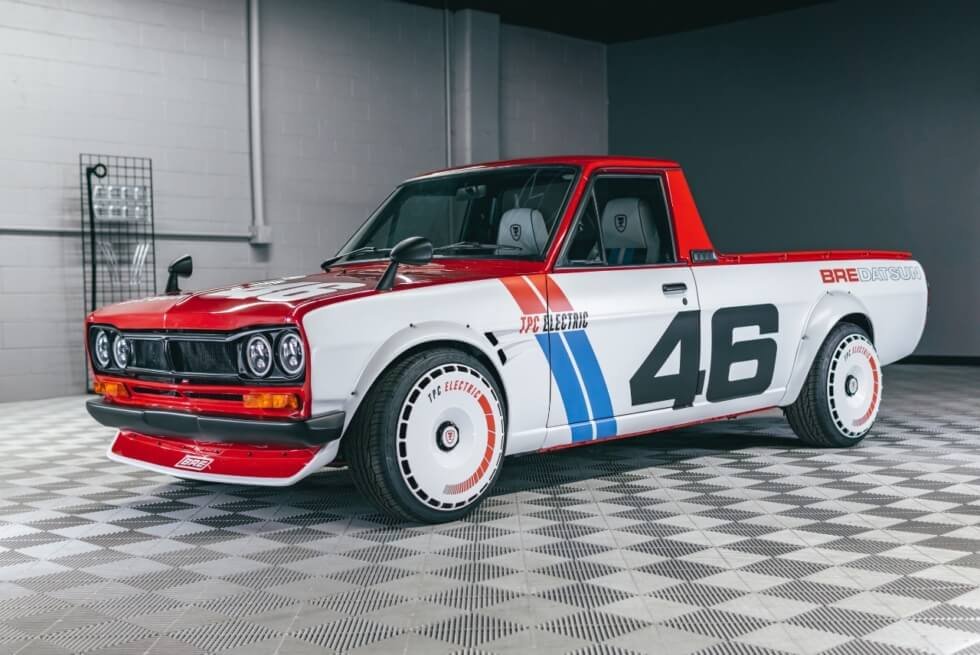 At the SEMA Show 2022, Mopar announced a cool surprise with its Jeep CJ Surge electric restomod concept. Builds like these provide consumers with an exciting outlook as to what’s possible with modular battery-electric platforms. Now it’s Nissan’s time to highlight a similar take with the Sunny LEAF Truck Project. Like the former, it’s a one-off for the trade show.

Just like the Jeep CJ Surge, it starts off with a classic donor – a 1987 Datsun Sunny pickup. This is not a solo venture as Tommy Pike Customs (TPC) is credited with the majority of the conversion process. The work involves fitting the electric-drive system from a Nissan LEAF into an old-school chassis previously packing an internal combustion engine.

It’s awesome of the team to not solely focus on the electrification of a vintage model, but also revamp its aesthetics. Visually, the Sunny LEAF Truck Project now oozes a motorsport vibe courtesy of the vibrant Brock Racing Enterprises (BRE) livery. The South Carolina-based shop outfits the green machine with a “Hakosuka” Skyline widebody kit.

The Sunny LEAF Truck Project’s emission-free setup even includes the 56A manual gearbox that originally came with the 1987 Datsun Sunny. A “custom CNC-machined motor-to-transmission bell housing adapter” allows for this interesting configuration. Furthermore, TPC notes the EV now boasts a remarkable performance improvement at 147 horsepower and 236 lb-ft of torque.

“I bought the Sunny Truck because I thought it was such a cool piece of Nissan history and heritage – especially when I saw it was a right-hand-drive model,” shares Pike. Other upgrades include LED lights, an aluminum battery box, Nissan 240SX S13 front suspension conversion, and more. The Sunny LEAF Truck Project now rides on 17” Rotiform wheels shod in Toyo Extensa tires. 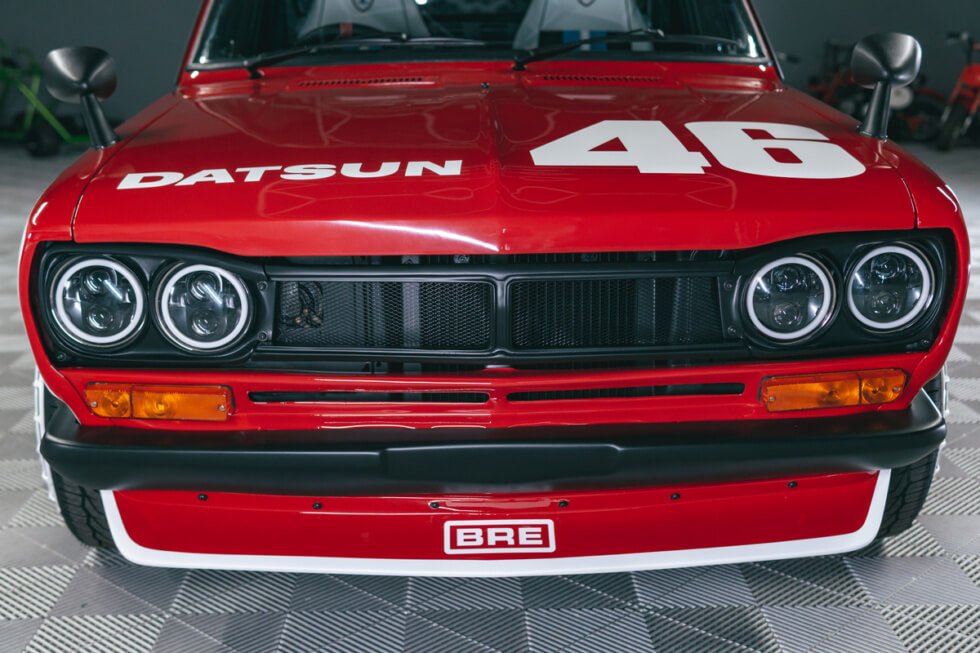 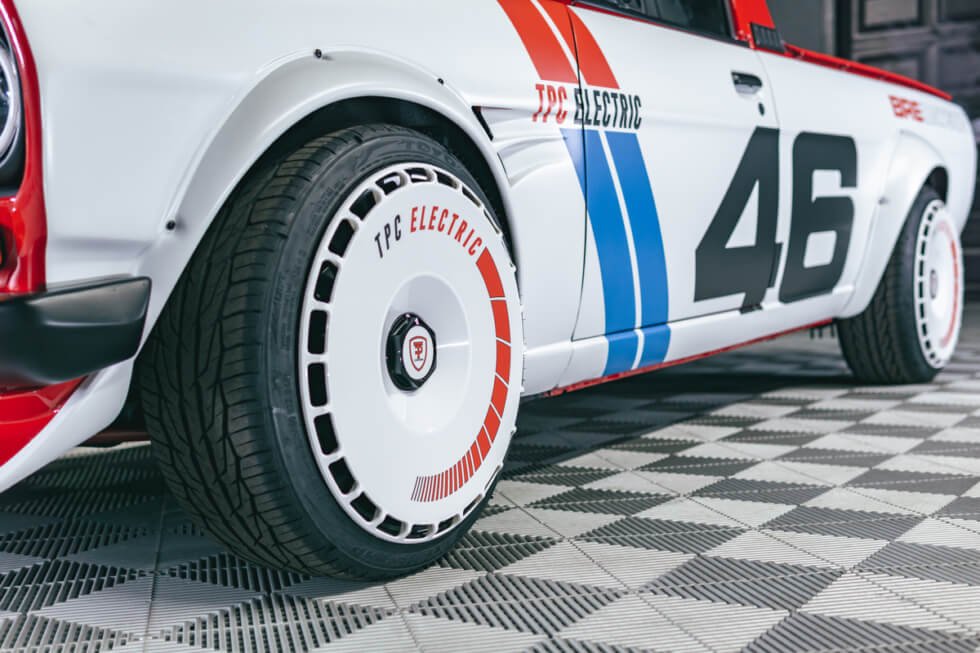 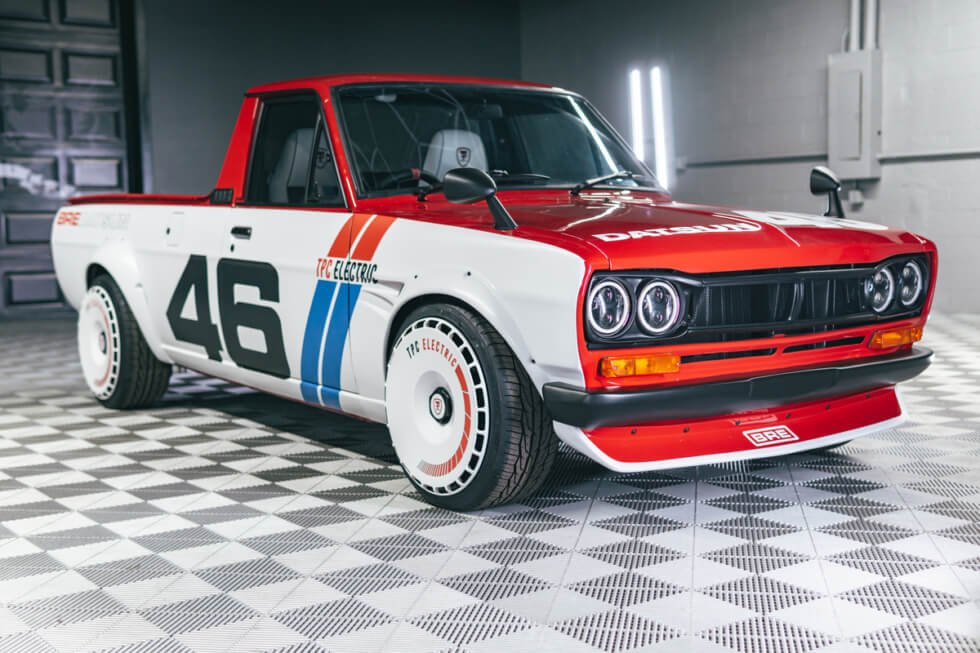