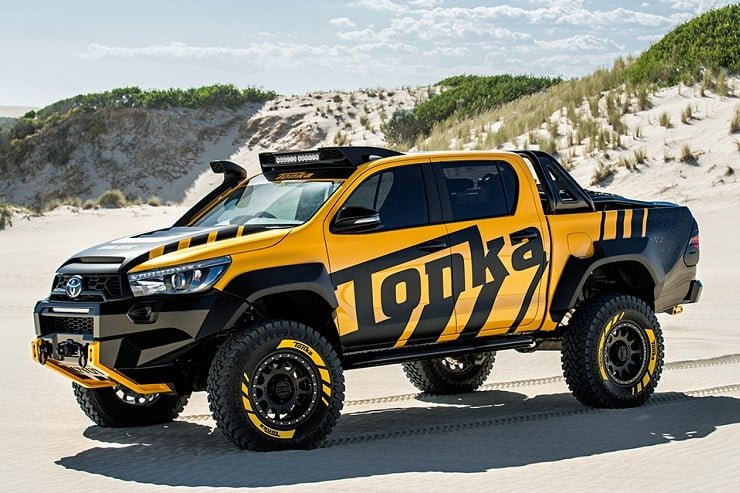 Australians love the Toyota HiLux so well they made it the top-selling vehicle down-under last year. Celebrating that success and coupling it with Toyota’s 80th birthday and Tonka’s toy trucks hitting 70 years old, Toyota Australia has put together a one-off concept HiLux Tonka Truck ($NA) that is ready to play in extreme playgrounds.

Working off the HiLux SR5 double cab 4×4 with the four cylinder 2.8 liter turbo diesel engine, they have made this mashup vehicle off-road worthy by adding 6″ of ground clearance, heavy-duty suspension, and 35″ tires among a wealth of other strengthening and safety features. There is even a removable frame in the truck bed that contains extra fuel cans, an axe, shovel, high-lift jack, and a fire extinguisher. The company calls it “recovery gear for extreme off-road driving”

With its custom “Sun Fusion” yellow paint and powerful all-terrain performance, the HiLux Tonka Concept looks so much like a life-sized toy you can almost expect to see a giant child delighting in making it smash its way over the Australian outback. See it ripping the sand in the video below. 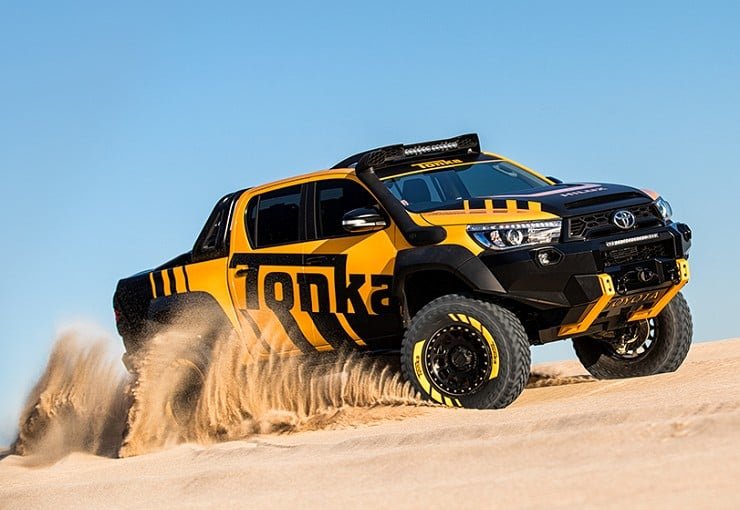 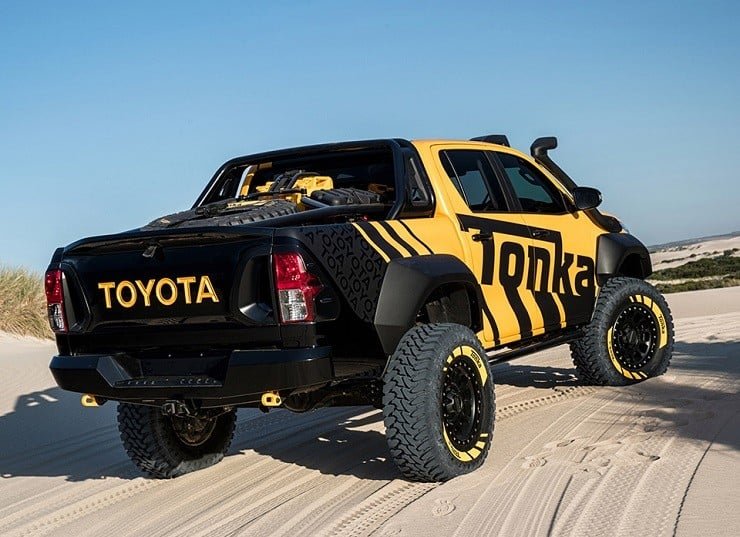 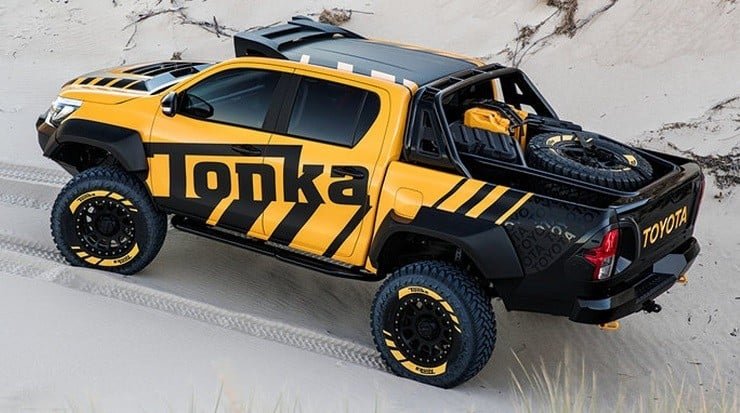 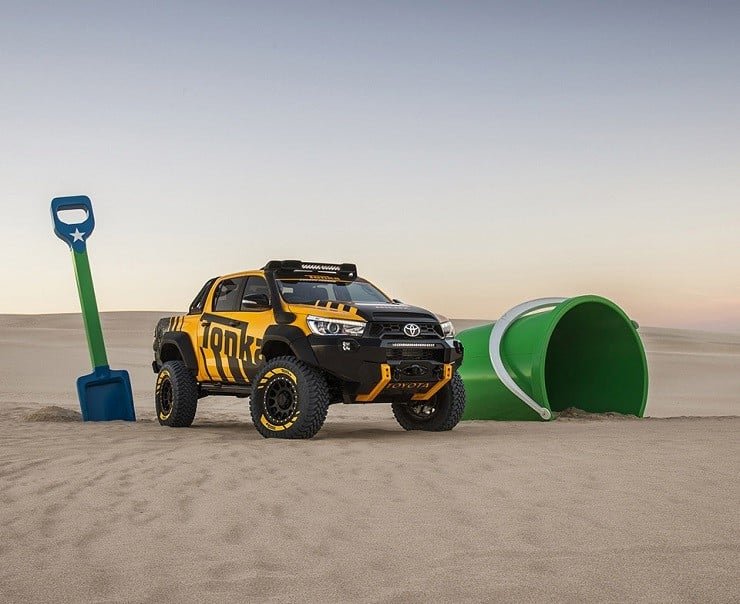