Café racers are as popular as ever with so many shops putting their signature spin on what were once production models. As such, enthusiasts are usually in the market for something exciting to become their next recreation ride. Aussie outfit SALT Motorcycles are now promoting their latest line – the Two-Stroke. As with any of their aftermarket builds, it touts a solid foundation.

Their donor bike of choice here is a favorite by those in the off-road moto scene. In fact, the manufacturer even labels it as a “legendary enduro.” The Two-Stroke begins its journey as a KTM 300 EXC TPI. It then undergoes a full teardown and receives a series of modifications to give it a new identity.

Take note that SALT Motorcycles does not go for second-hand. Instead, they only work with a brand-new two-wheeler to ensure quality and performance are top-notch from start to finish. As you can already guess, the defining feature of the Two-Stroke is the powertrain.

The shop then equips it with a custom underslung stainless-steel exhaust. It comes with a carbon fiber muffler and exits just beside the tail. The hand-crafted aluminum tank and carbon fiber body provide a more relaxed silhouette. We also like its use of bar-end mirrors for that splash of style.

SALT Motorcycles offers the Two-Stroke in three colorways: Bumblee (yellow with black stripe), Original Salty (salty blue with red stripe), and Ode To Holden (sky blue with orange stripe). It will cost you around $29,950 and is a limited production run. 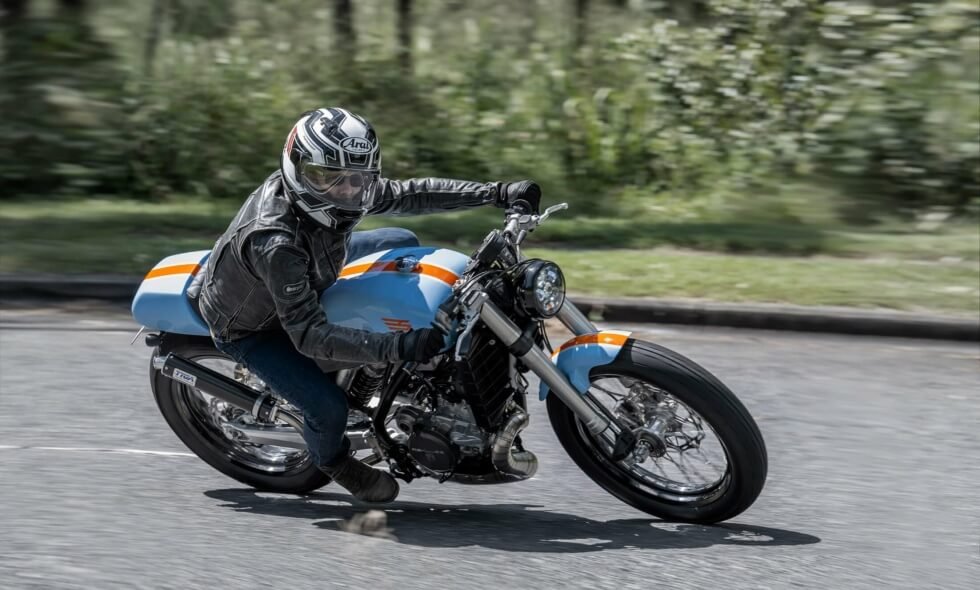 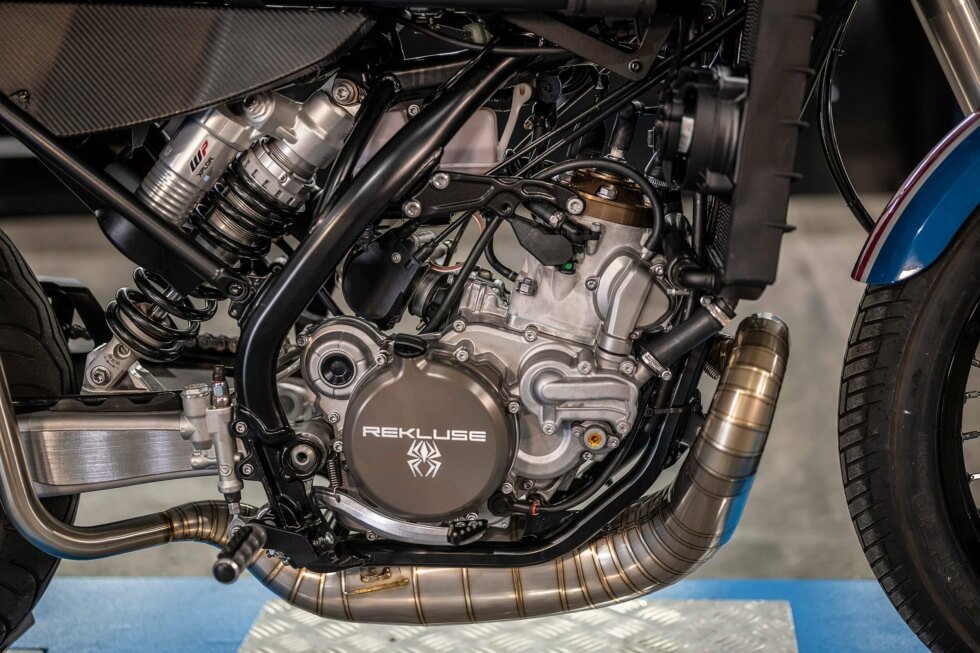 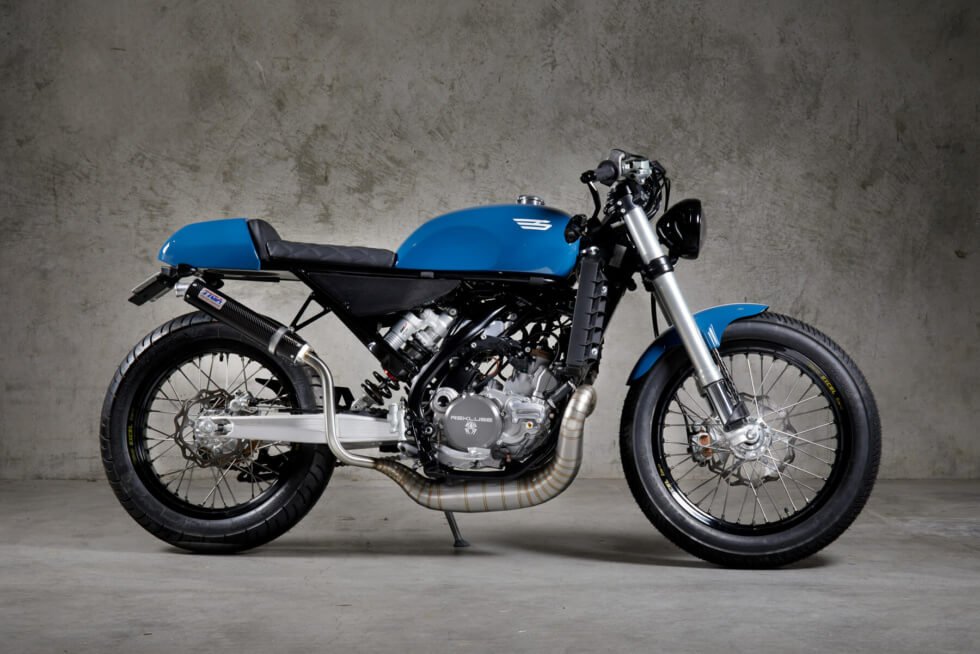 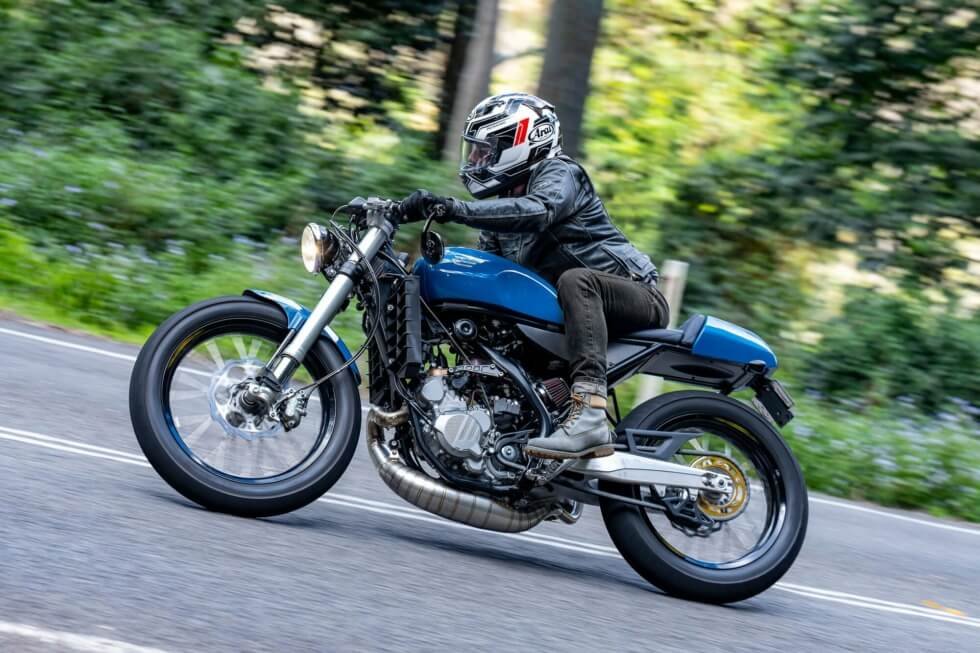 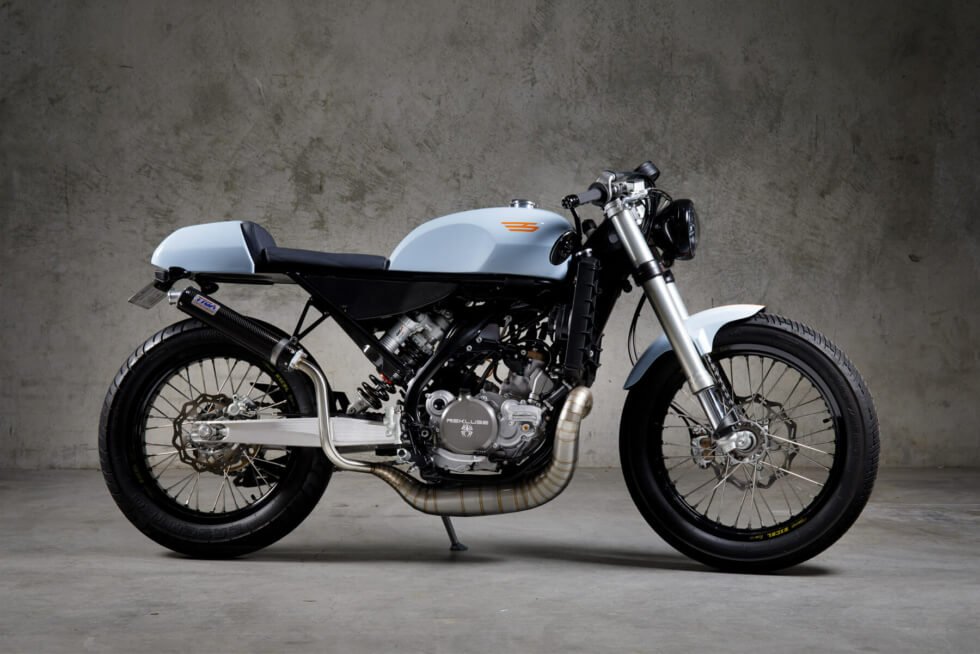 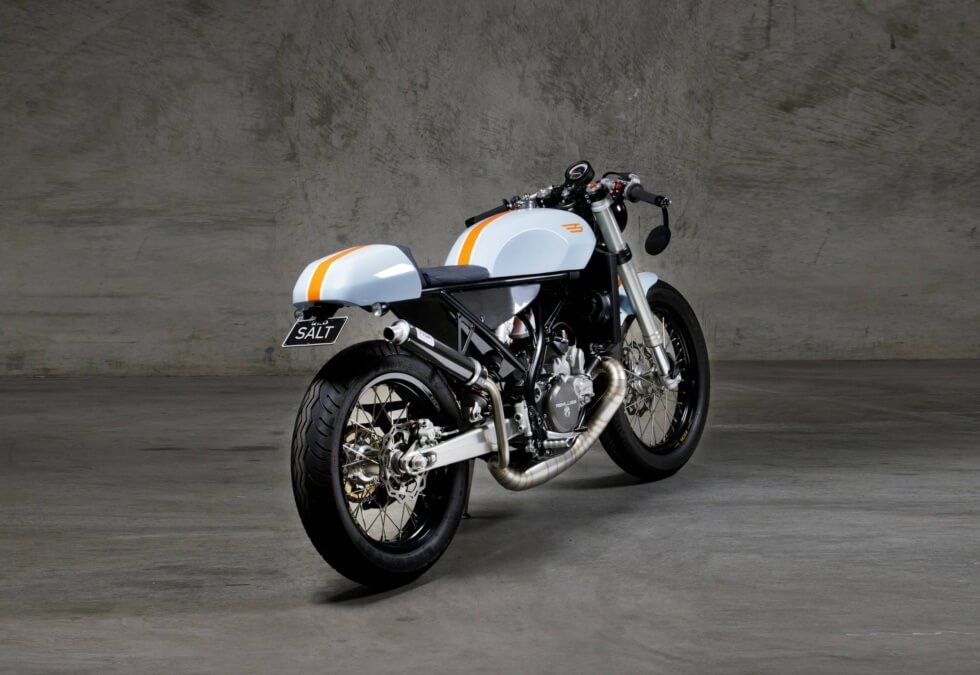 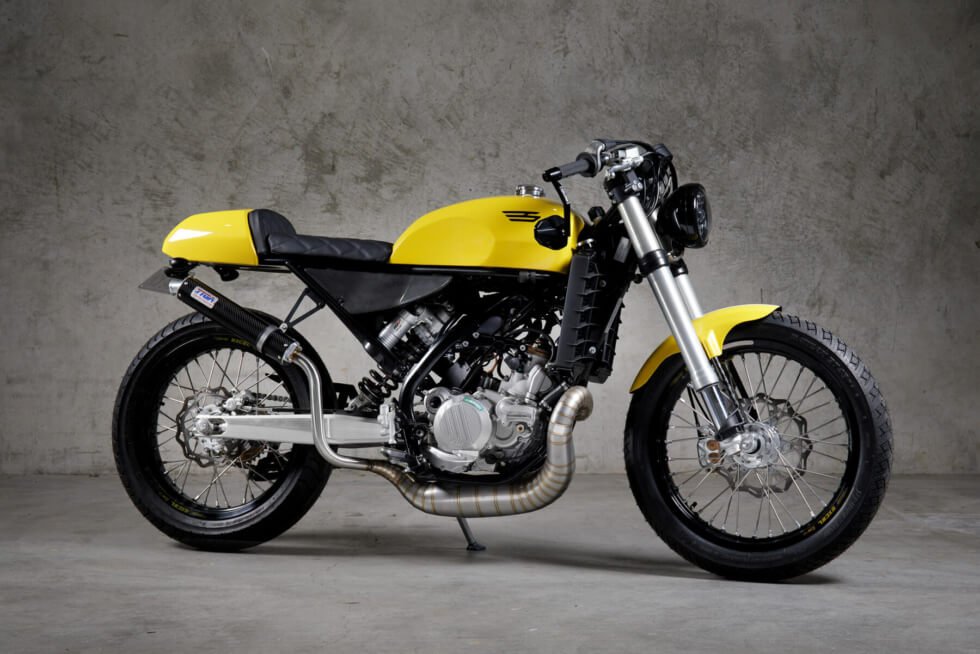 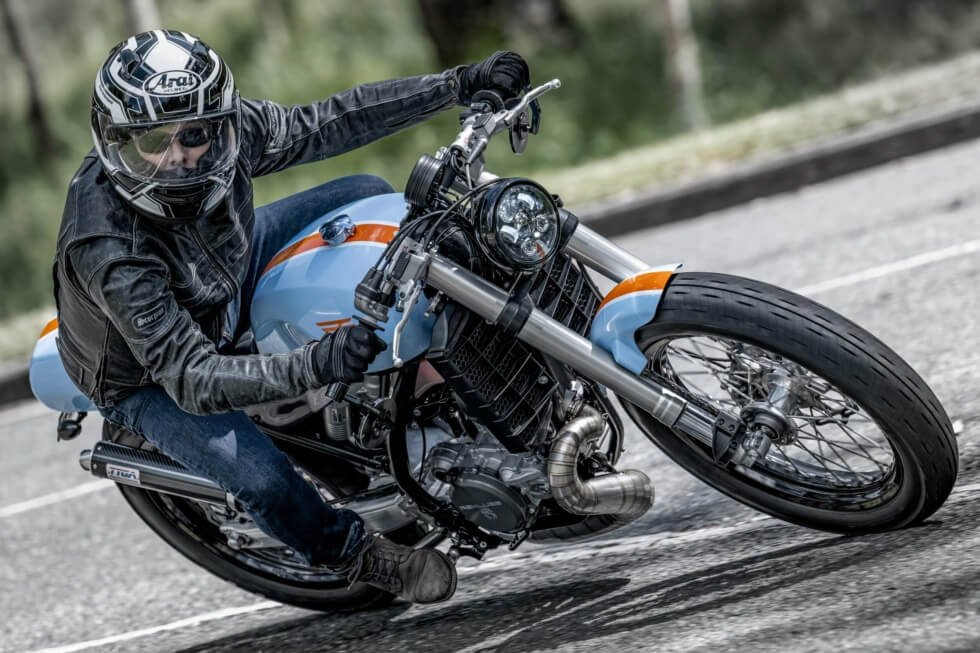