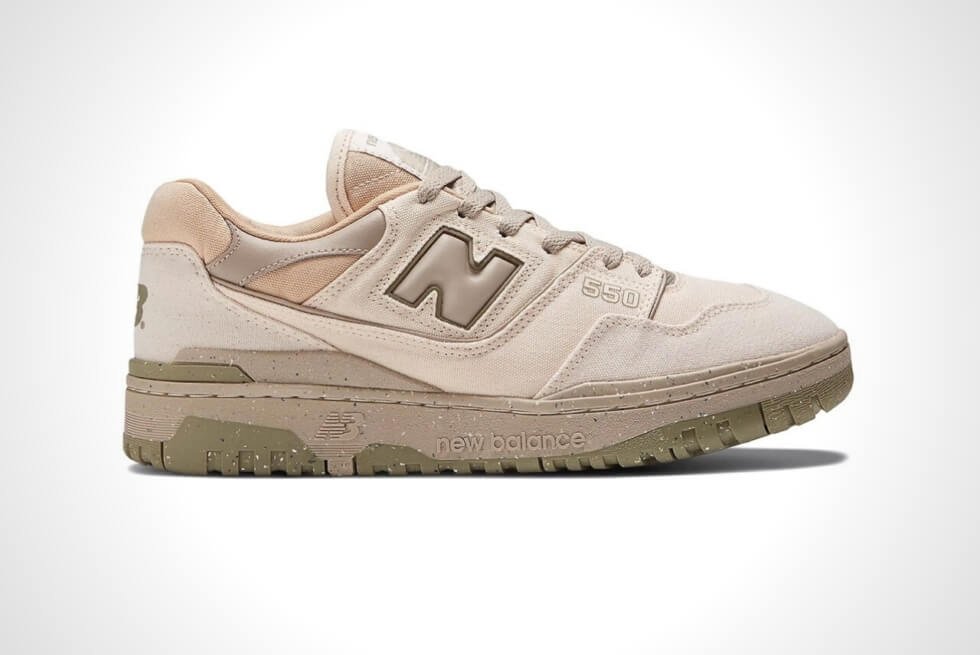 Nike’s announcement of the Dunk High in Vachetta Tan was received positively by the sneaker scene. With its minimalist appeal brought about by the tonal presentation, buyers can’t get enough of it. To fill the gap between this release and the next, New Balance gives us a glimpse at the 550 in a “Desert” colorway.

Reports say the shoes are part of the athletic apparel manufacturer’s Fall/Winter 2022 collection. The colors that are going into this version are certainly appealing and should be on more silhouettes in the future. The ”Desert” 550 retains the original design by Steven Smith in 1989 but flaunts earthy tones throughout its construction.

Others were quick to point out that it would have looked better on the Aimé Leon Dore style which flaunts a dapper appeal with its all-leather presentation. Instead, New Balance opts for beige on the base canvas upper, mudguards, heel counter, overlay panels.

The 550 still uses leather the even out the materials on some parts like the “N” Logo and trims. Hints of olive outline the said emblems on the quarter sections as well as the branding. The tongue, collar, sockliner, and heel tab take on a dark salmon hue, while the laces are in a light shade of brown.

The tongue tags show the New Balance signature, emblem, and the 550 script in tonal colors against a white backdrop. Its “NB” on the heel is in olive and matches the tan midsole trims and outsole. The good news is that the 550 “Desert” will soon hit official distribution channels and the company’s website. A pair will carry a $110 price tag on launch day.