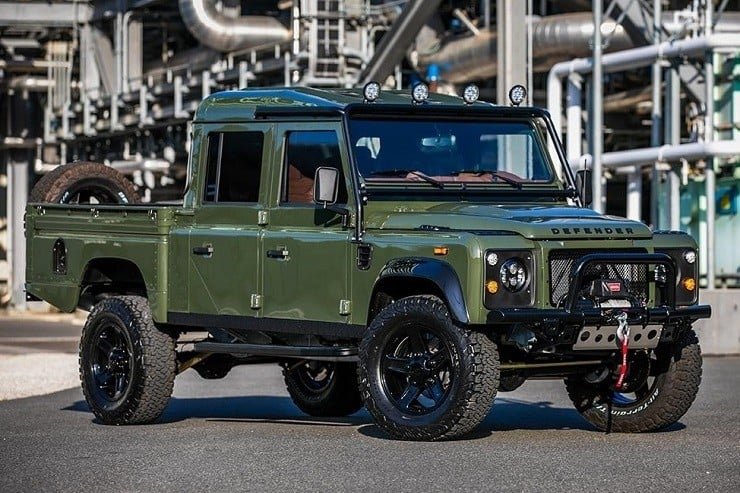 The Huntress by East Coast Defender

The guys at East Coast Defender create outstanding Land Rovers and when they took on this commission, they raised their own bar on custom enhancements. Named the “Huntress” ($NA), this build started out with a Defender 130 but quickly became more.

The Huntress was given a 6.2 liter, 430 horsepower Chevrolet Corvette LS3 V-8 engine and paired it to a 6-speed automatic transmission; all of which makes the 0 to 60 test in just 6.5 seconds. The body has been given a 2″ lift kit over 18″ Boost wheels for a very aggressive look. The WARN winch up front makes this Land Rover Defender ready to face any environment.

Inside, the Huntress has such modern conveniences as Apple Car Play with custom Morel speakers and a Kenwood touchscreen infotainment center complete with GPS. It also features integrated WiFi, air conditioning, and a backup camera. But what makes the Huntress so unique are the locally sourced chocolate-brown alligator skin Corbeau bucket seats, which will develop a beautiful patina over time, during adventures and a lot of tough use. 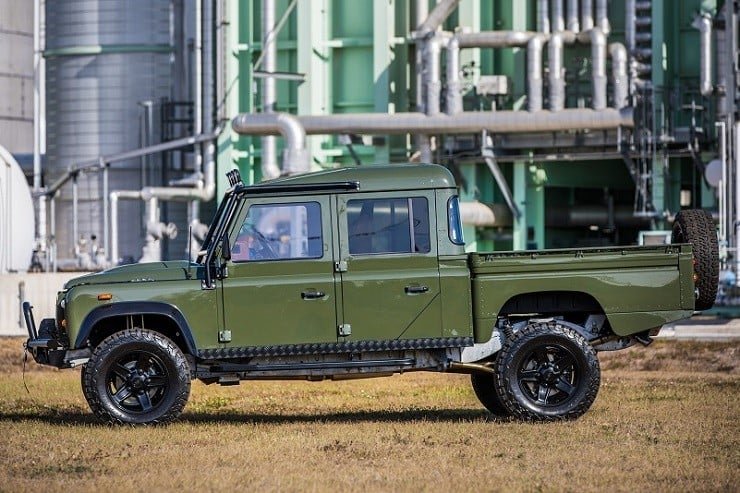 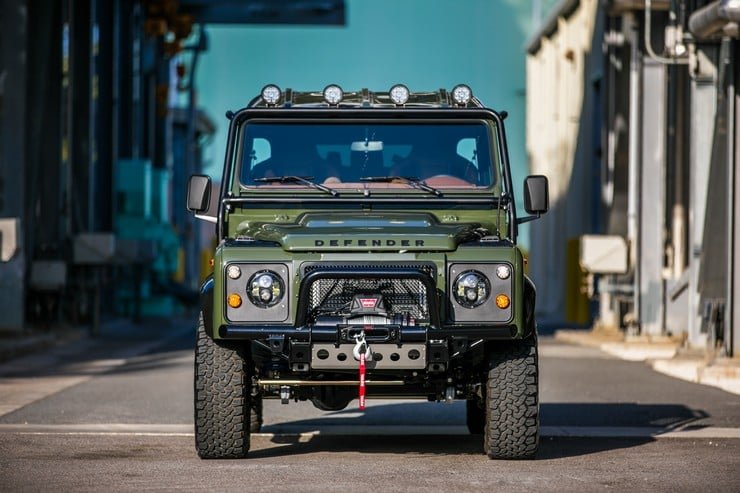 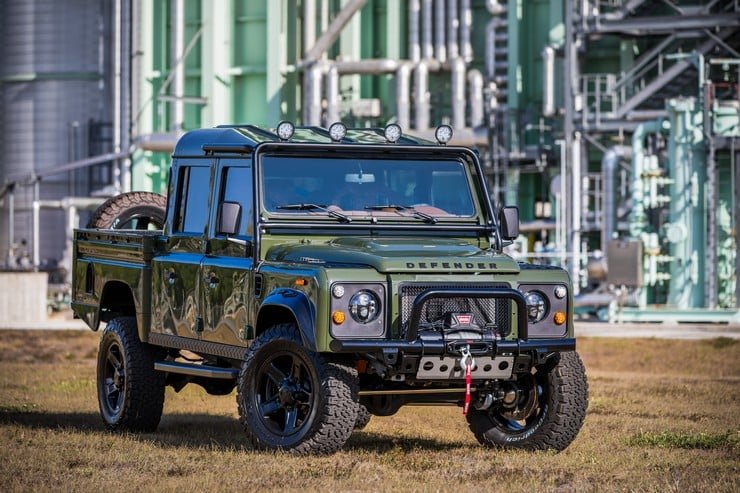 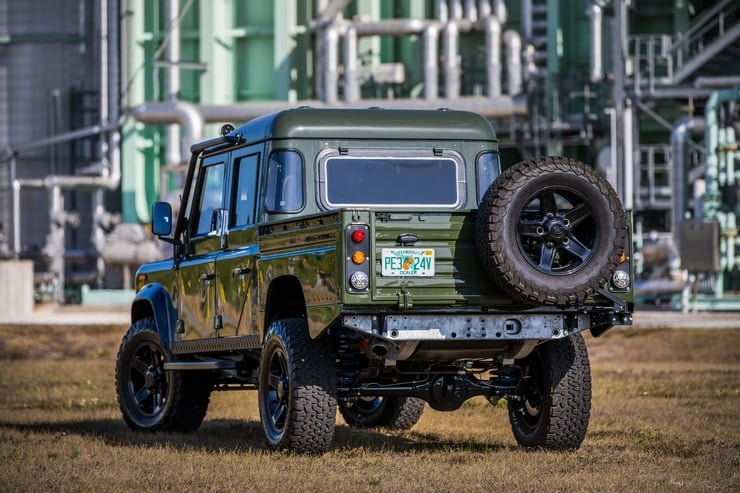 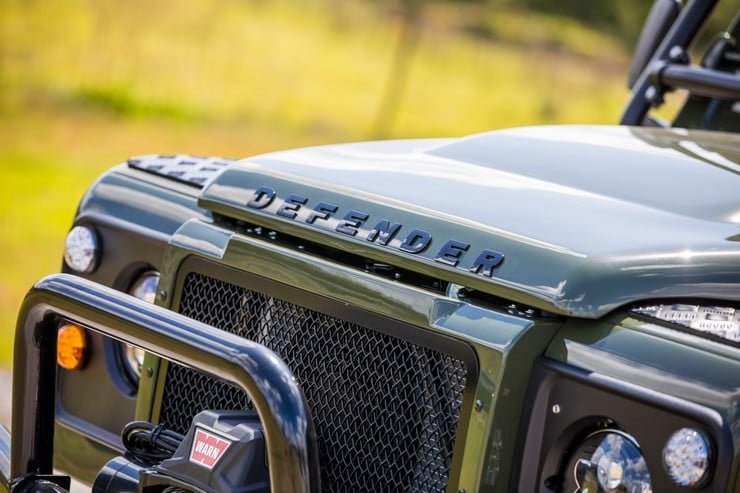 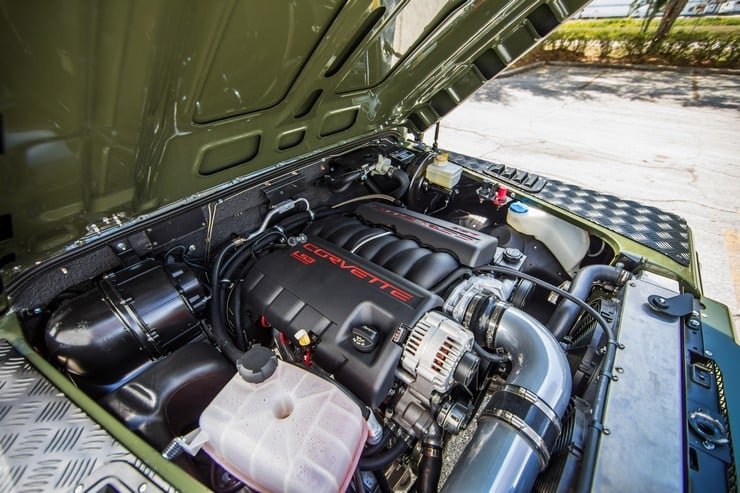 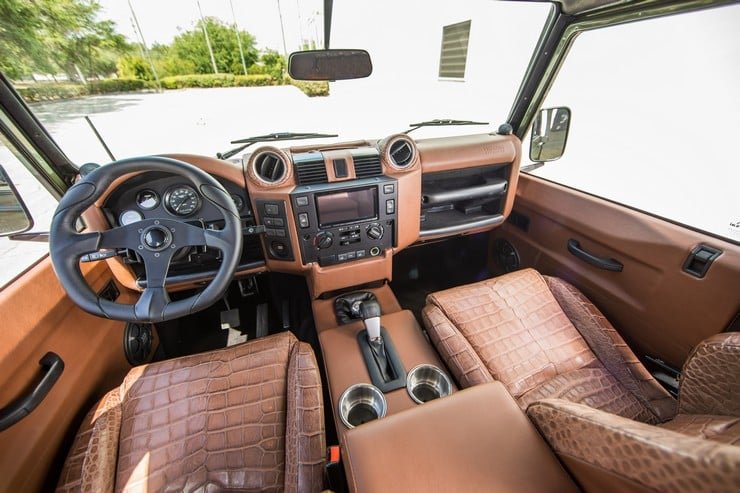 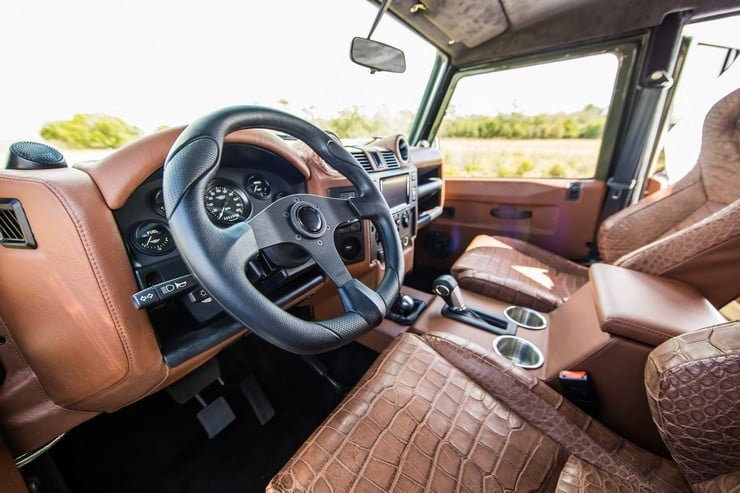 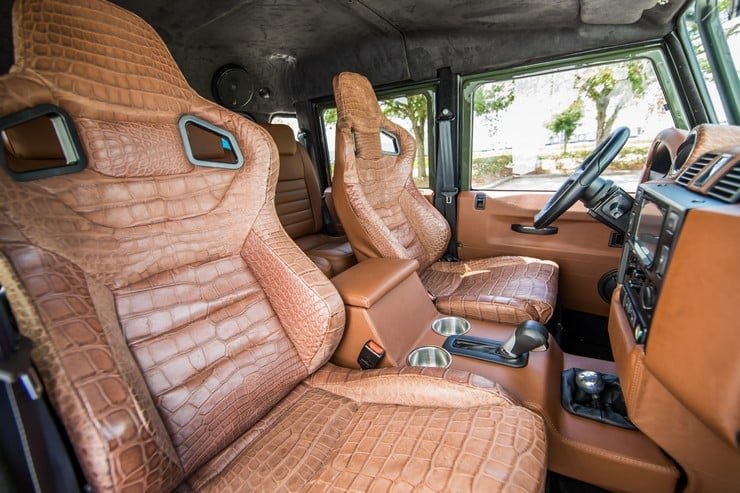 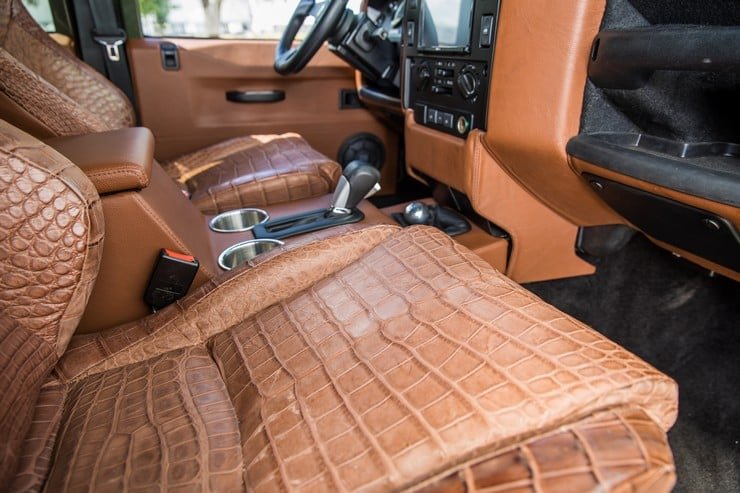 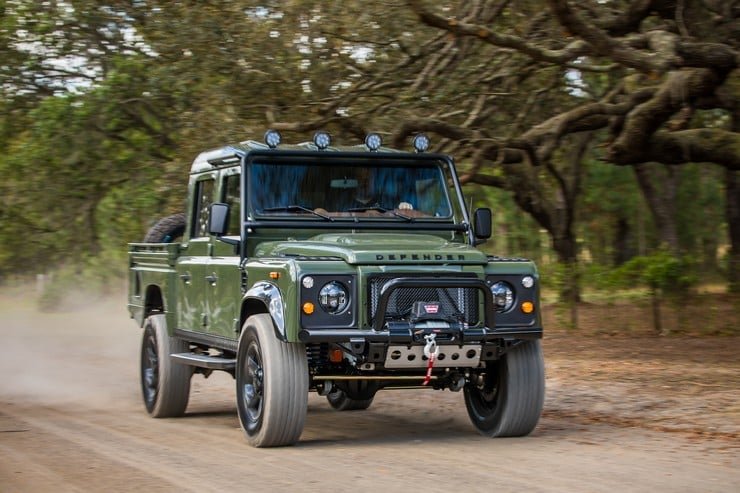