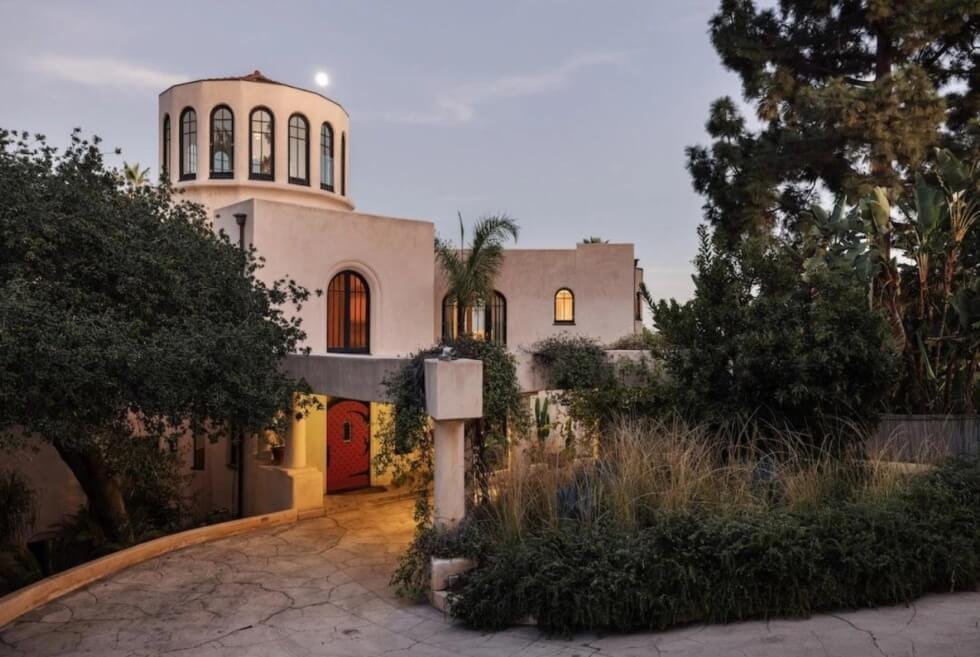 The Grand Art Nouveau The Castle Manse Is Up For Grabs

The Loz Feliz mansion that Andy Warhol, Bob Dylan, and the Velvet Underground once called home is on the market for a whopping $9,885,000. This castle-like property, aptly nicknamed The Castle, has seen a host of owners after Red Hot Chili Peppers bassist Michael Balzary aka Flea bought it back in 1996 for $1.7 million.

The Castle is a 5,582-square-foot manse with five bedrooms and seven bathrooms. Almost two acres of landscape and gardens flank this grand art nouveau mansion that overlooks panoramic city views from downtown to the ocean. It has an expansive terrace that overlooks downtown Los Angeles, the Pacific Ocean, and beyond.

Moreover, the grounds come with a guest apartment, a basketball half-court, and a music studio in the two-story detached garage. Inside this mansion is a mix of Art Deco, Spanish, and Assyrian styles. Curved gold-colored ceilings, arched passageways, geometric pillars, tall windows, and hand-cut stone walls are some of the notable features. Gold even swath the elegant octagonal-shaped lounge area.

The two-story formal living room even boasts an ornate trim meant to resemble the Sistine Chapel. A stone staircase in the center leads to the upper floor. This mansion even has an observation tower. The purchase of The Castle also includes a second parcel of land which brings the total land area covered to 1.74 acres. Unlike most homes with bedrooms on the upper levels, Bornstein Lyckefors assigns them on the ground floor of Villa Hovås.

The Camera House layout shows a masterful placement of spaces that provide different views of the natural scenery.

The Ridge Mountain Residence is a 4,500 sq. ft. home that boasts twelve-foot-high sliding glass doors that open to a connecting patio, infinity pool, and guest house.