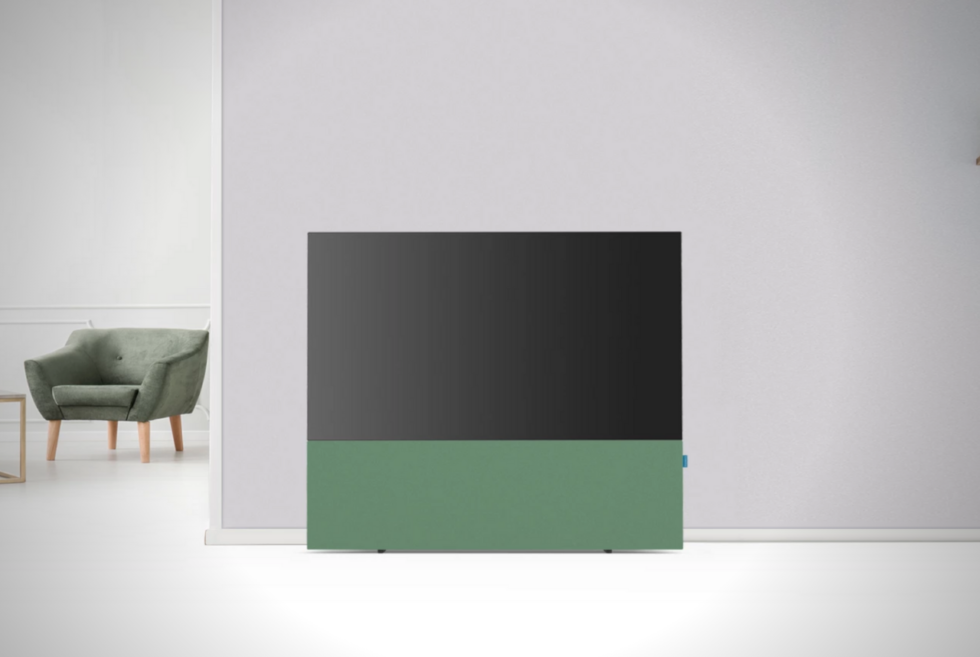 The Canvas OLED Soundbar Is Pretty, But There’s A Catch

If you happen to have just picked up an OLED TV, we have great news for you: the Canvas OLED Soundbar is a phenomenal complementary add-on to add sonic oomph to the visual beast that is your TV.

There are only two choices for improving your TV’s sound: a soundbar or large speakers. Canvas, a project from a group of audio veterans, slides somewhere in between those categories. It looks like a massive speaker but serves as a stand for LG’s OLED TVs. It provides sound quality comparable to bigger Hi-Fi offerings, but in a form factor that’s not too outlandish or bulky. Best of all, it sounds pretty darn fantastic.

The Canvas OLED Soundbar sits flush against the TV, which gives it an uninterrupted look, unlike soundbars that sit separate from their TV counterparts. You can remove the faceplate and change it with one of a different color. Perfect for those who want their soundbar to match their furnishings. There’s also a small nook inside the cabinet to hold the rest of your home theater equipment.

In effect, you get a towering facade that seems like it was transformed into a glorified TV stand. But it only takes one listen to realize this isn’t the case. The Canvas OLED Soundbar is the real deal if you want top-tier audio.

If It’s Still Too Chilly For A Tee, Layer Up With The Dapper Boulder Overshirt

Marine Layer helps you stay stylish when the temperatures go down with the Boulder Overshirt and its vintage look.