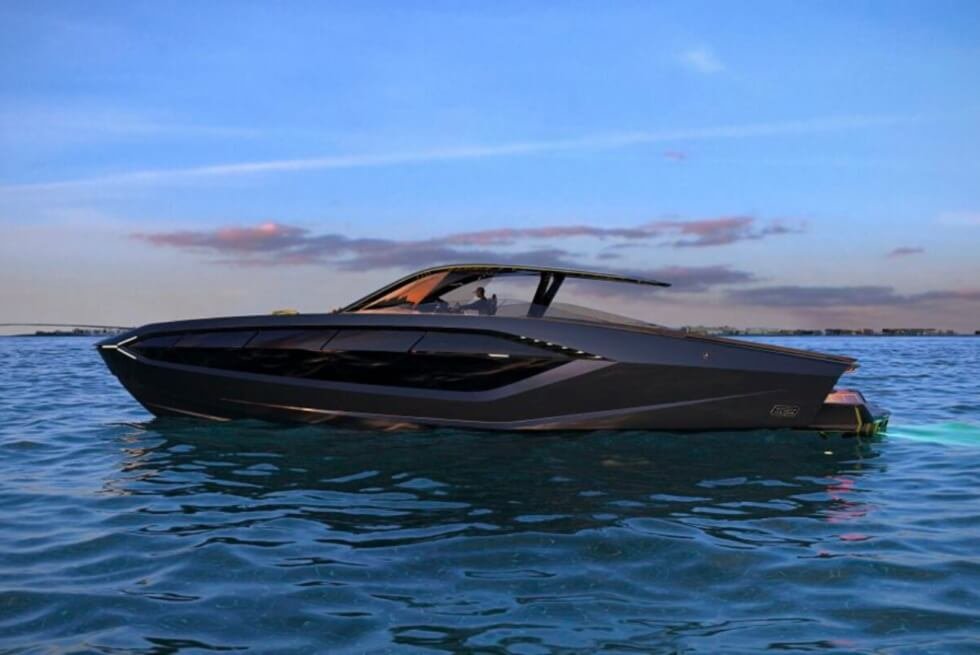 Just like exotic supercars, clients should expect long waiting lists. Unless you’re one of the first few to reserve a slot, it can take months or even years before your fancy new ride is ready. Bespoke builds require even longer processes to complete everything according to specification. To illustrate, a Tecnomar for Lamborghini 63 for North America was a recently delivery.

We originally featured this stellar collaboration between the Italian Sea Group’s sub-brand and the Sant’Agata Bolognese-based carmaker in 2020. As the name hints at, only 63 examples of the limited-edition yacht were offered. Production started in 2021 and the first-ever delivery was also made that year.

Meanwhile, the latest ship to leave the yard docks in Miami courtesy of Prestige Marine. For those wondering, the number in the Tecnomar for Lamborghini 63 stands for a lot of things. It’s a designation for the year of the prestigious automotive marque’s founding. Next, it alludes to the total length of the vessel which is 63 feet. Finally, it boasts a top speed of 63 knots.

The shipbuilder says the inspiration behind the aggressive silhouette of this yacht is the Sián FKP 37. Just like the mid-engine hybrid sports car, its construction is handled by both the Italian Sea Group and Lamborghini Centro Stile. It features a GRP vacuum hull and Carbon vacuum technology for the superstructure.

Sharp angles and clean lines make it appear like a supercar out at sea. Powering the Tecnomar for Lamborghini 63 are two MAN V12 engines for a total output of 2,000 horsepower. A 15 kW generator supplies the electrical needs of the yacht. This vessel flaunts a silver exterior and reportedly cost almost $4 million. Locals should soon see it hit the waters in the area. 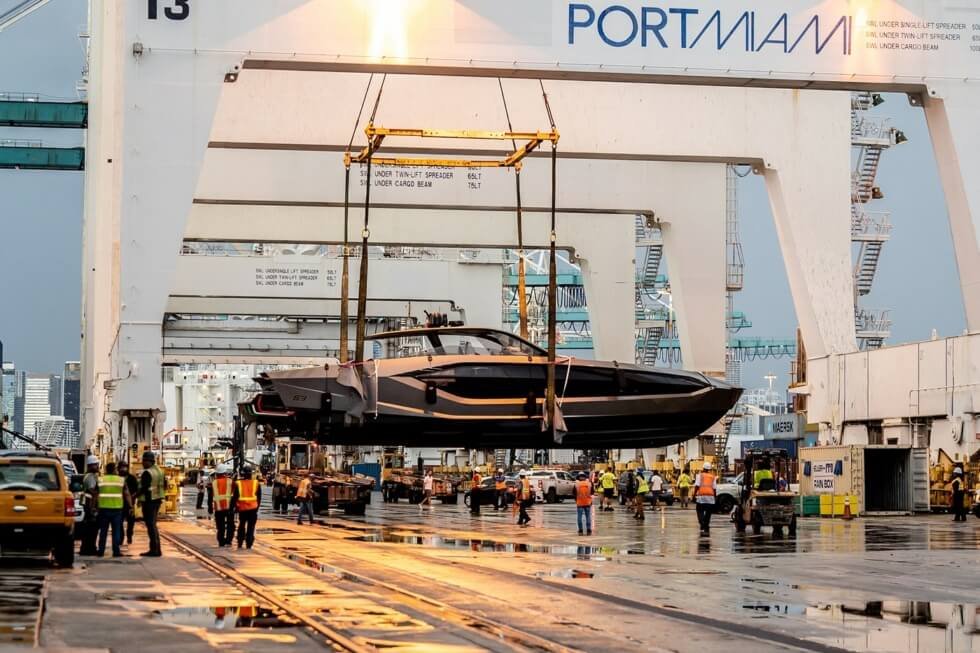 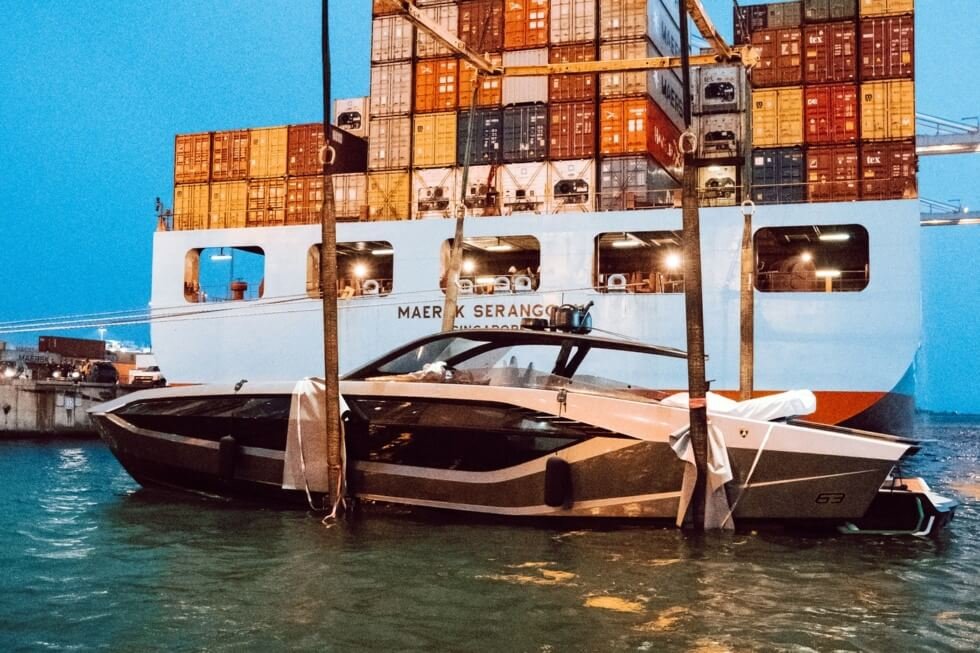 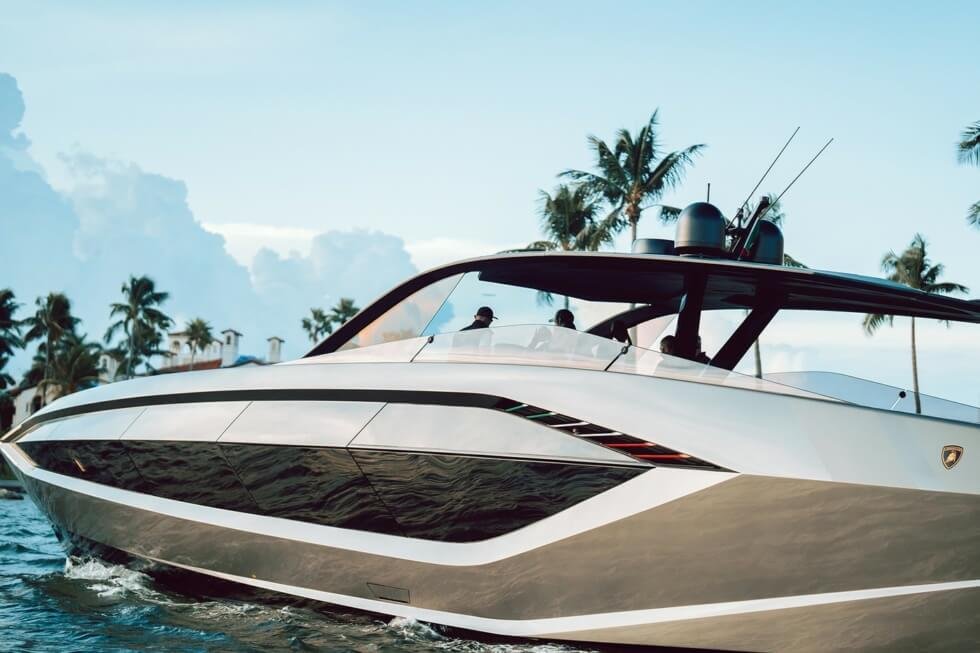 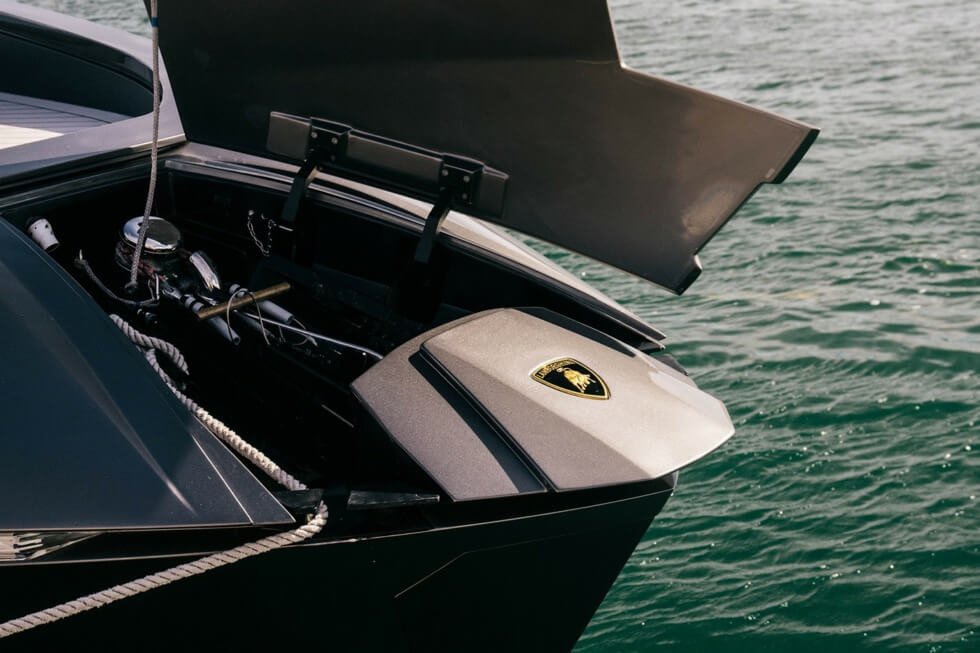 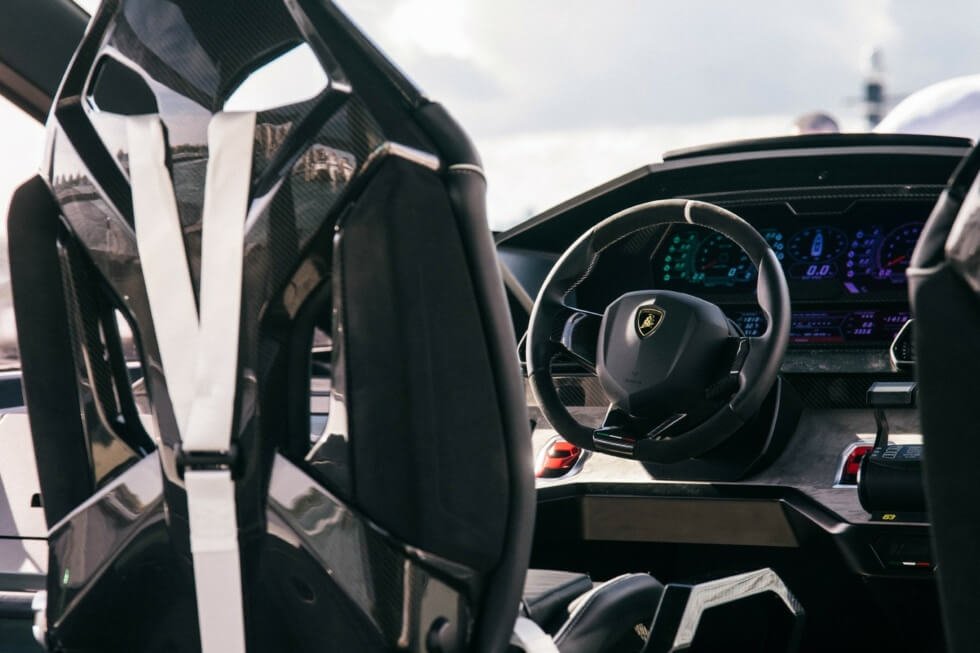 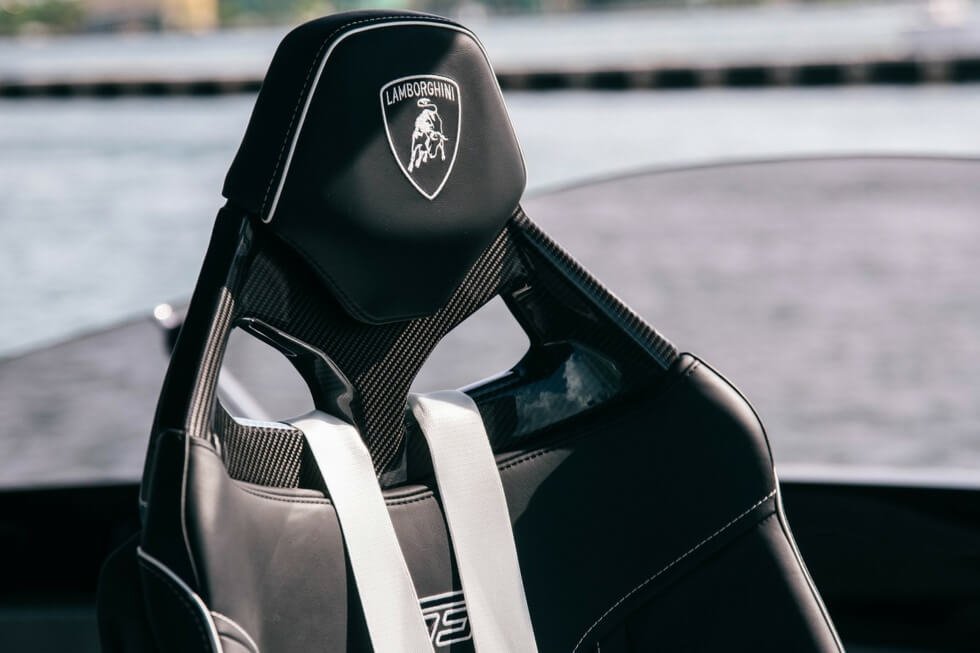 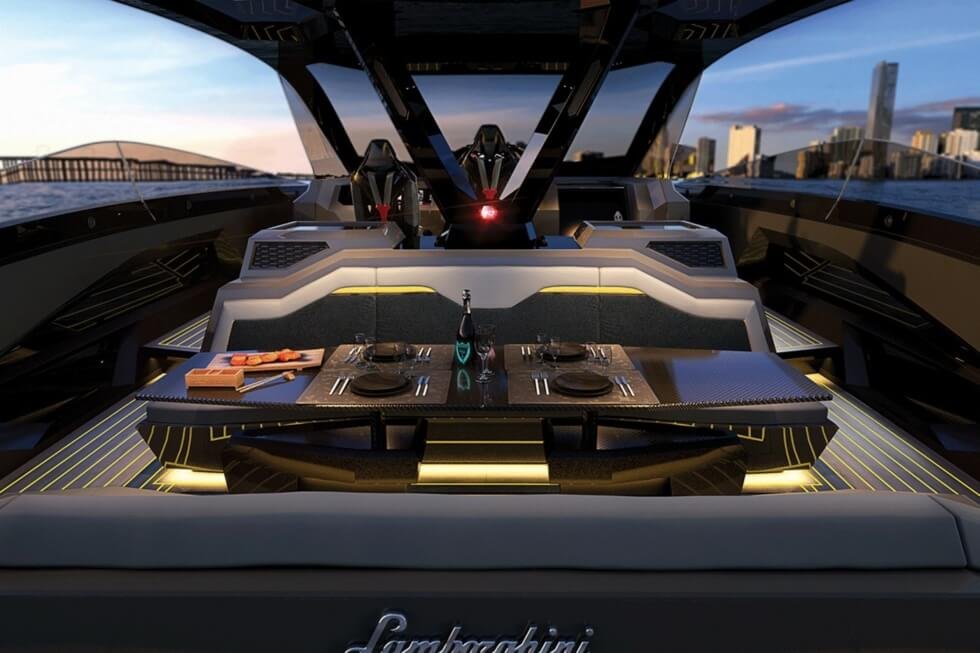 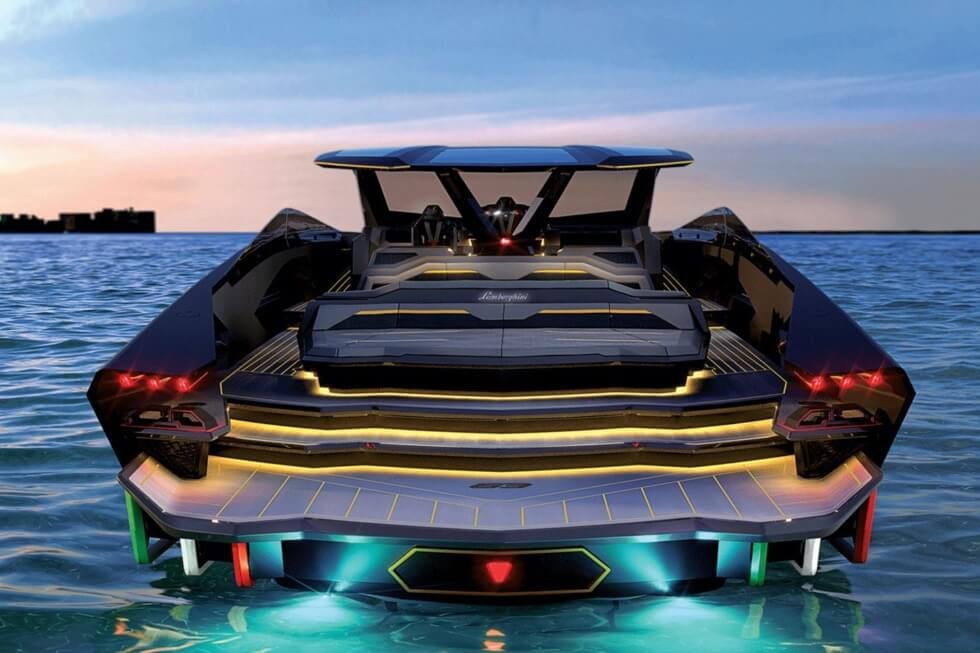 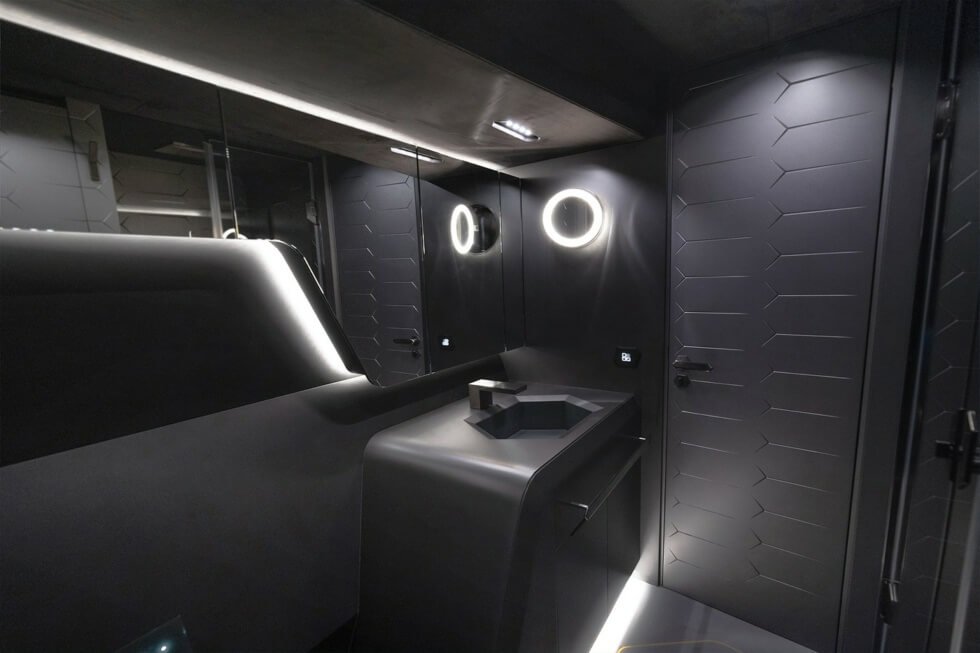 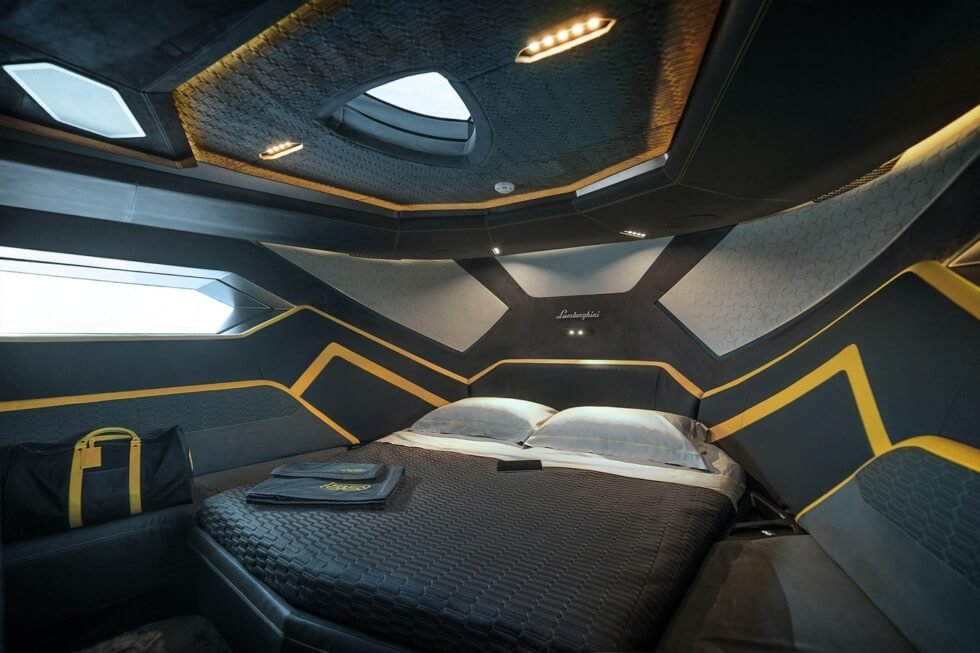 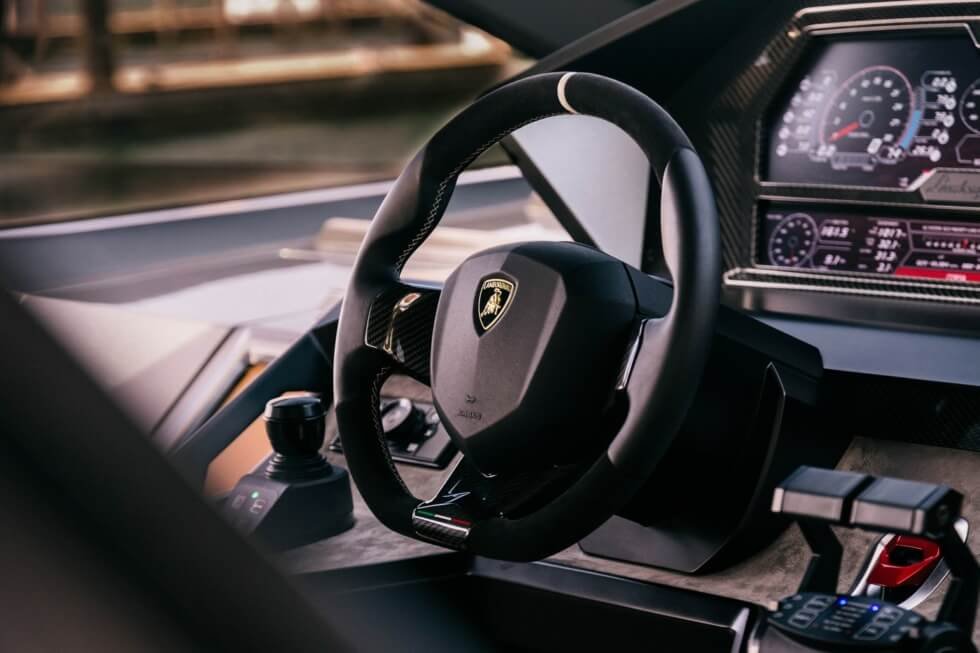 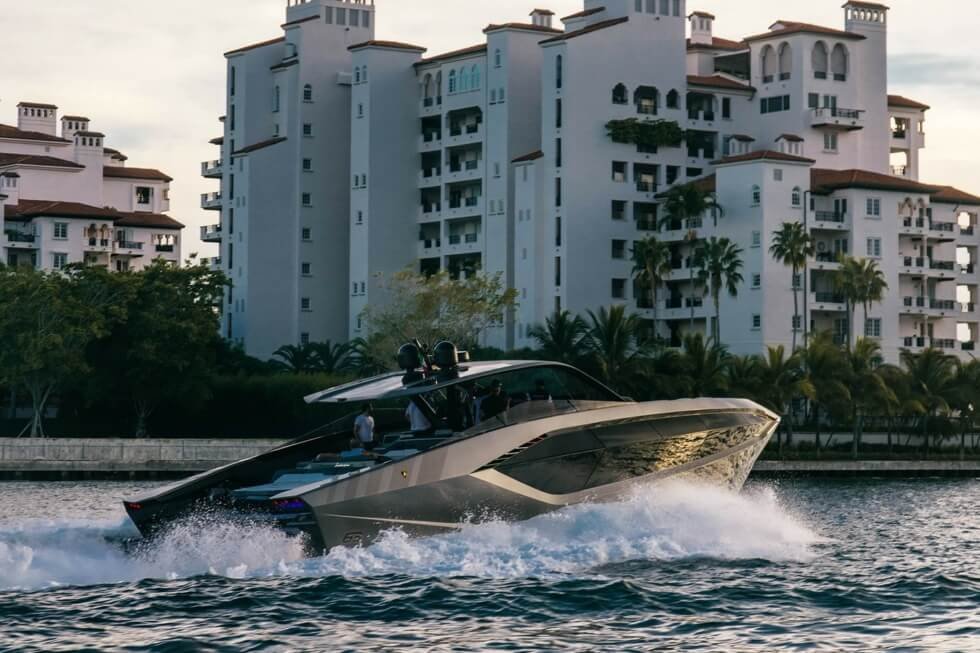