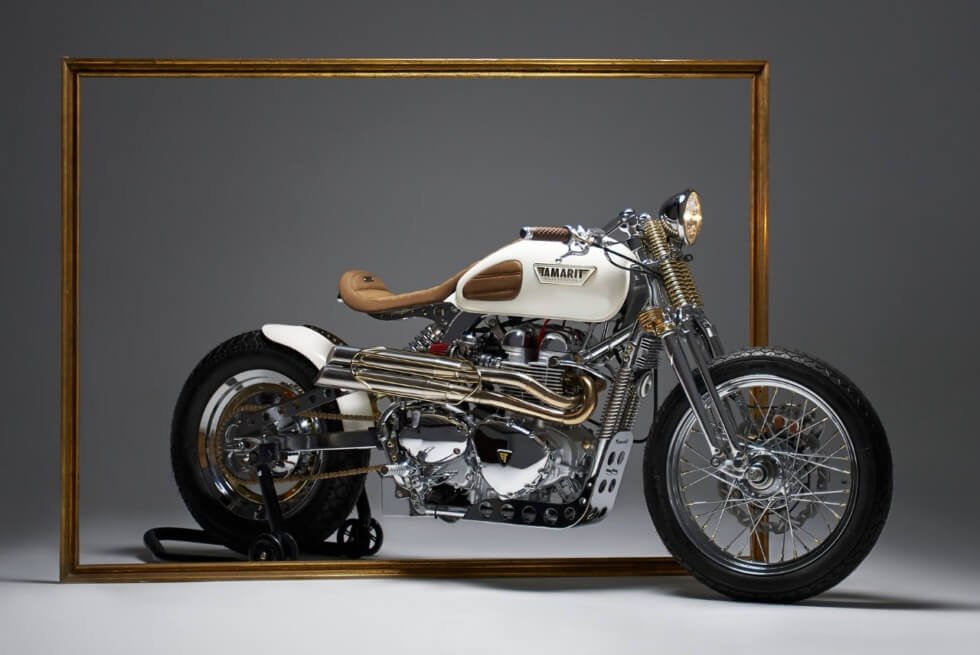 It’s been a while since we’ve heard of anything new from Alicante, Spain-based outfit Tamarit. So, after a quick search, up comes its latest project – the Circe. You already know the group has an ongoing love affair with motorcycles from Triumph. For this build, we have a Bonneville that receives a bespoke cosmetic makeover.

Even more impressive, is the fact that the awesome team of moto maniacs have already 120 outstanding creations under their belt. The Circe, meanwhile, is another outstanding addition to its portfolio of custom Triumph two-wheelers. Since its namesake was a beautiful goddess in Greek mythology, the aesthetics of this machine is simply stunning.

The 2004 Bonneville donor transforms into a mechanical masterpiece with a vintage vibe to it. As the shop puts it, “pure light and movement. The color scheme combined with the shiny chrome and brass, was inspired by the works of the Baroque era. As if fresh from a canvas.”

At the heart of its frame is a classic Bonneville 900 carbureted engine which generates a distinct sound that evokes nostalgia in fans of the British marque. The powertrain of the Circe underwent a restoration and now flaunts K&N filters and NGK spark plugs. The chrome and brass plating on its metal hardware looks exquisite and adds to its striking appeal.

Above its springer forks are a retro-style headlight and aluminum handlebars that have a racing feel to them. Meanwhile, the tank features suede trims and a custom leather saddle that flows along the curve toward the custom subframe. The Circe is heading to auction at the Salon Retromobile 2023. 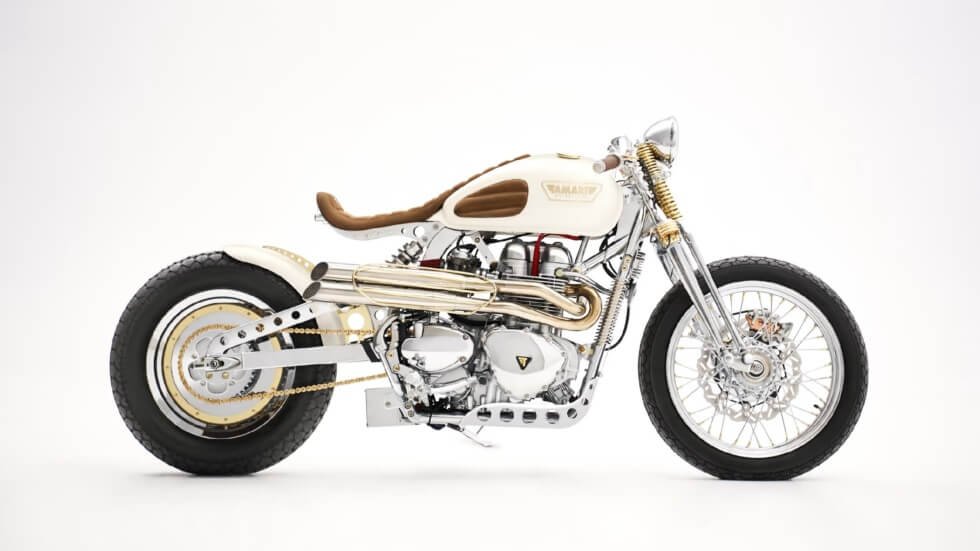 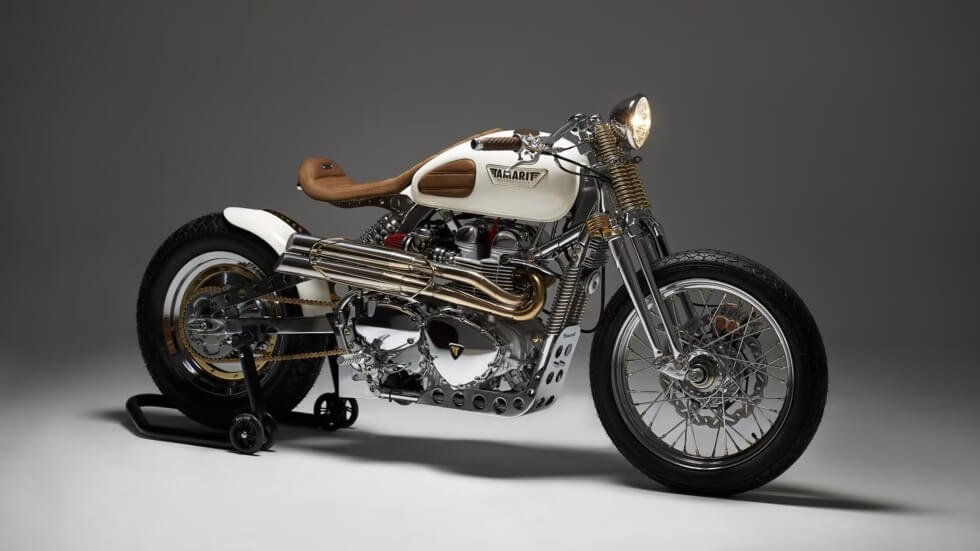 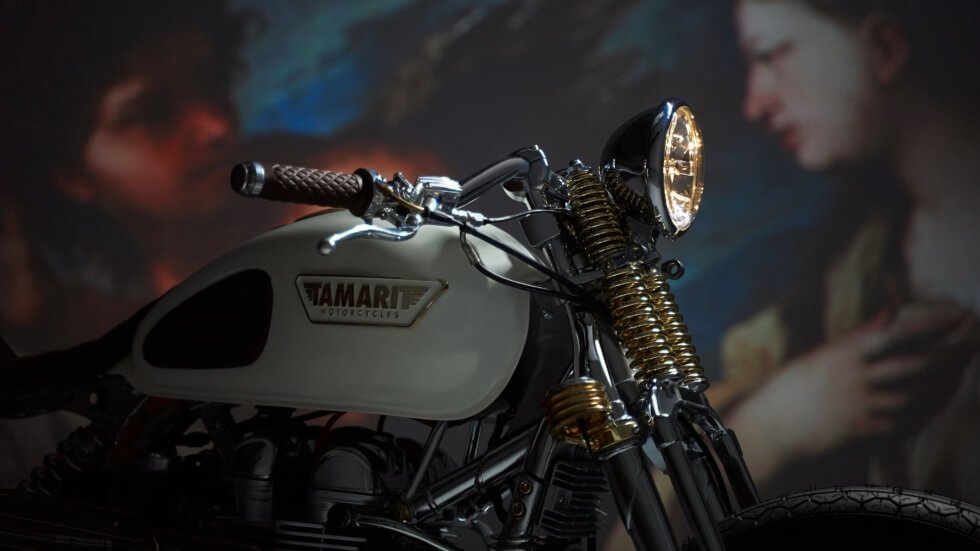 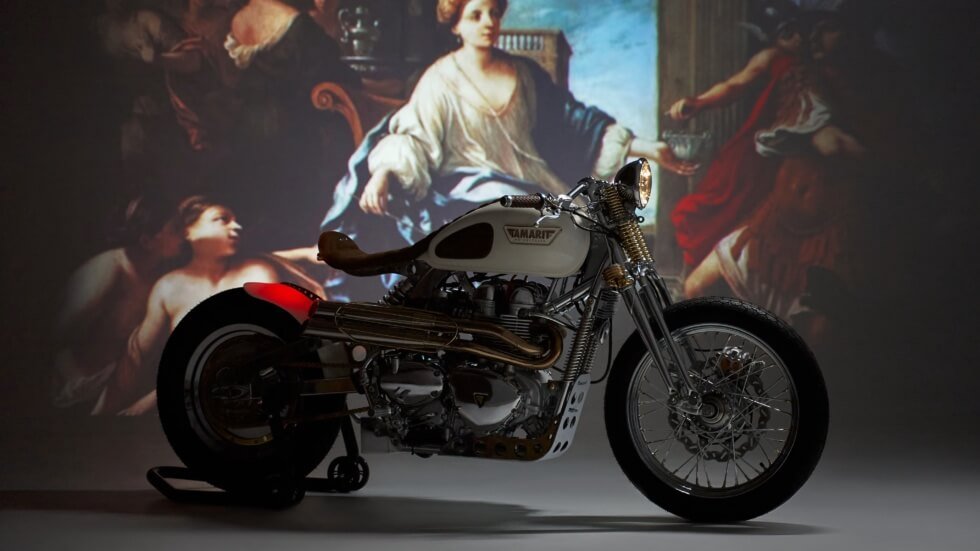 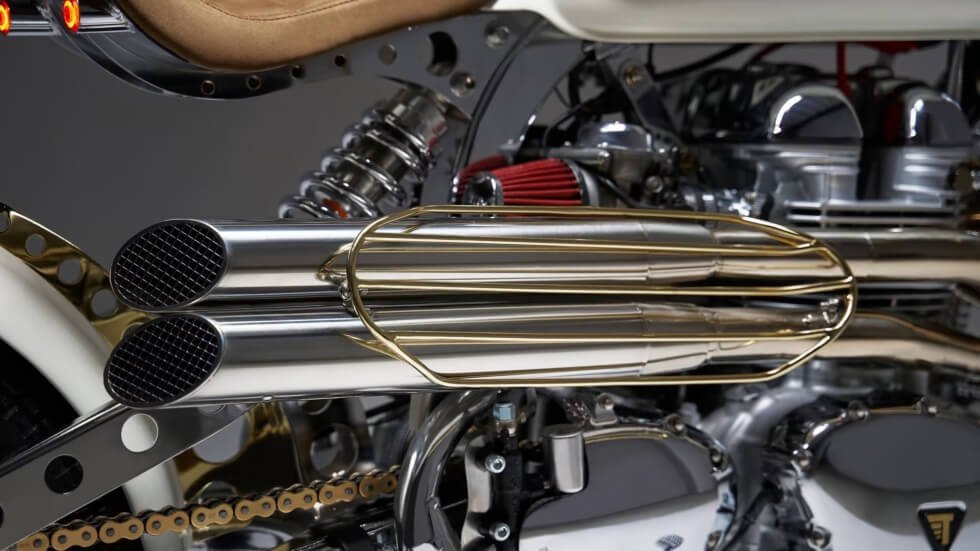 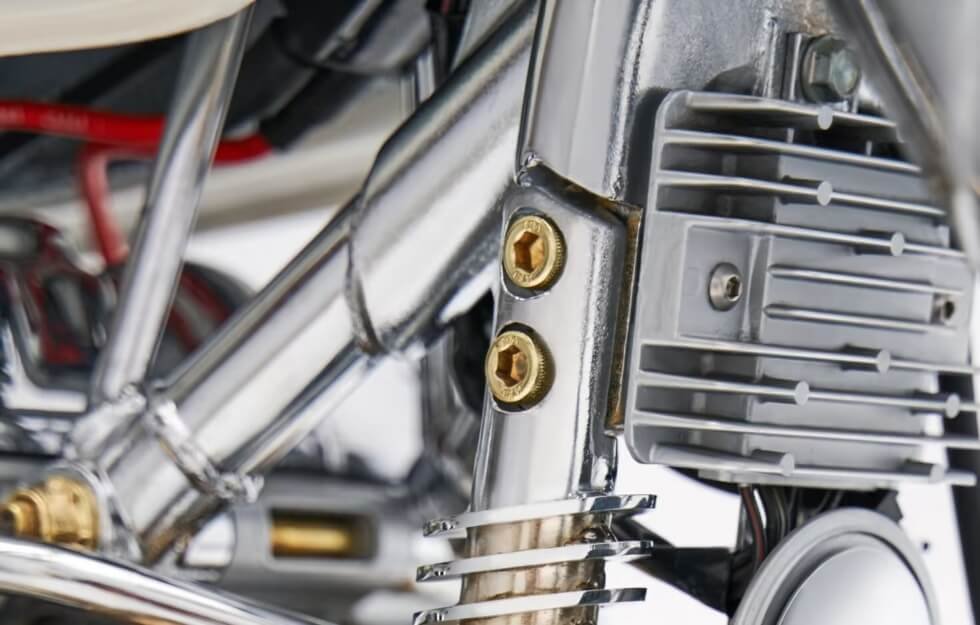 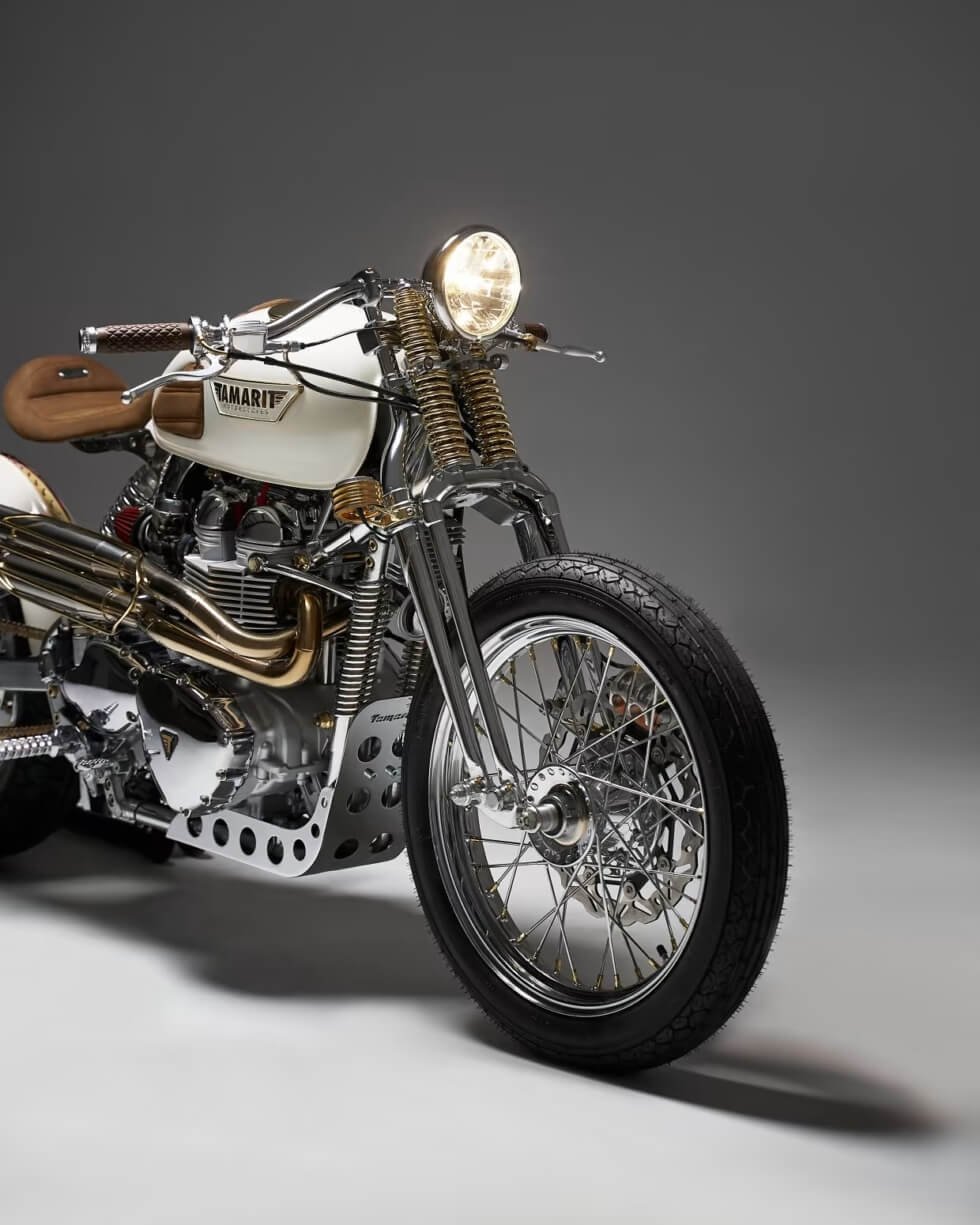 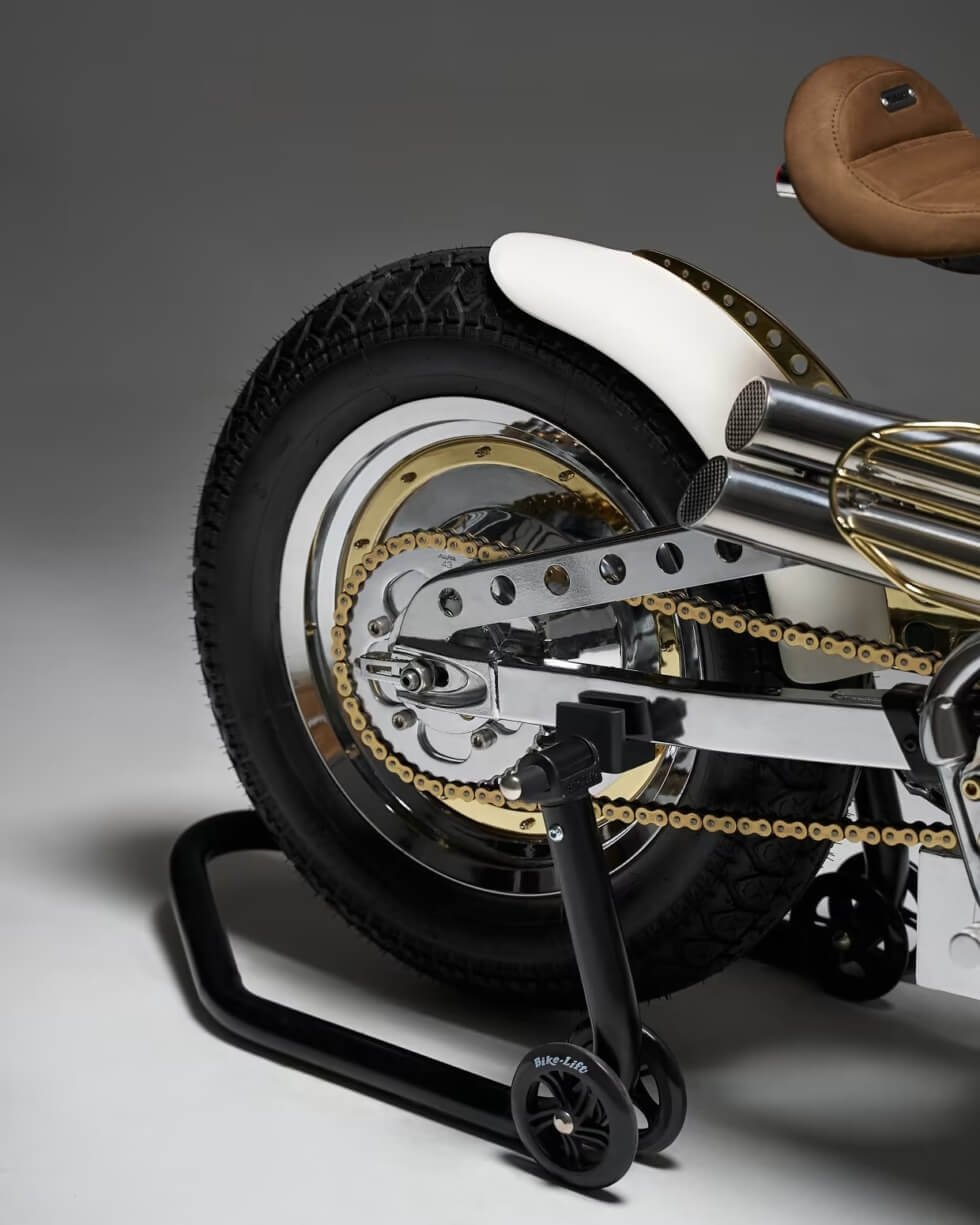 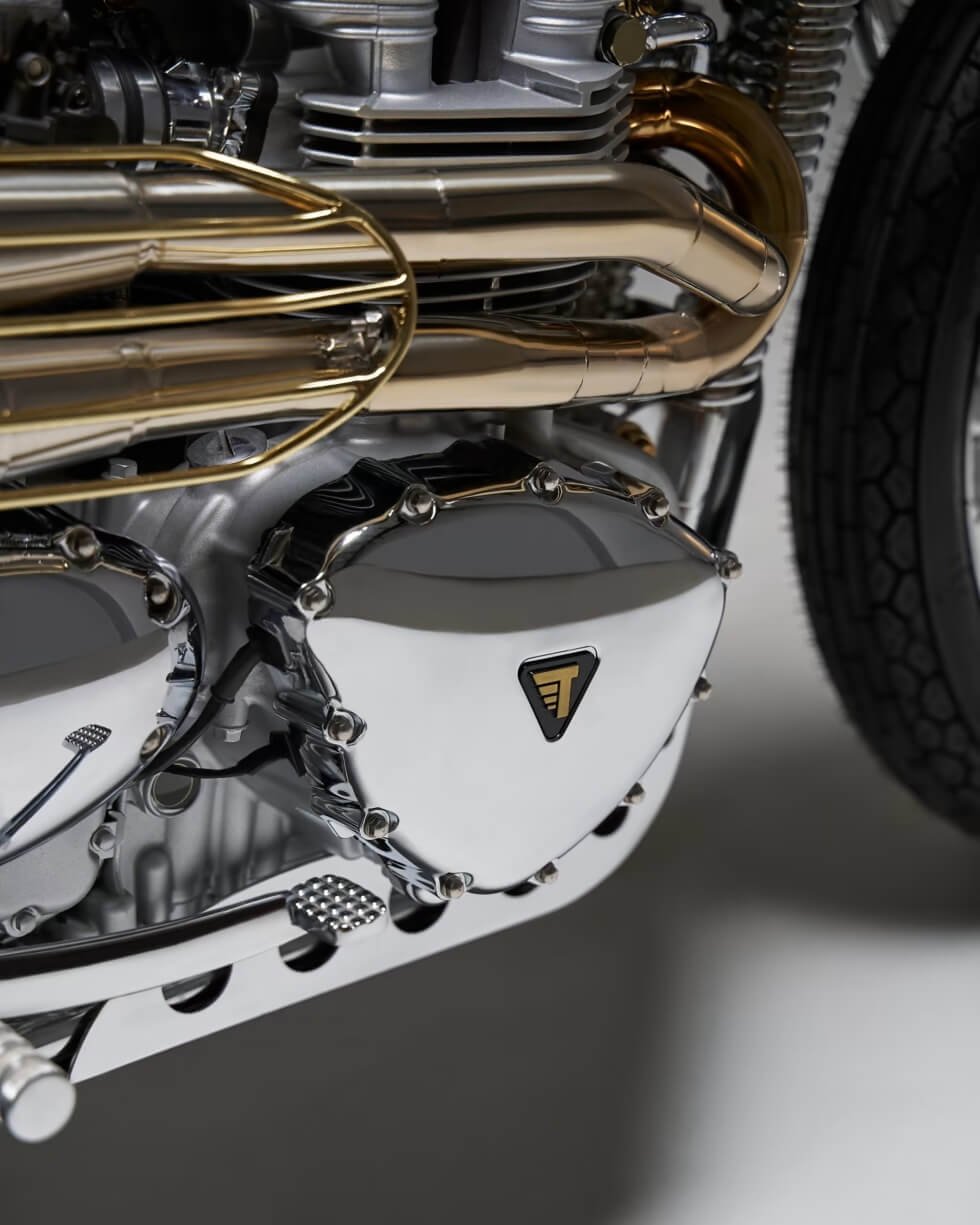 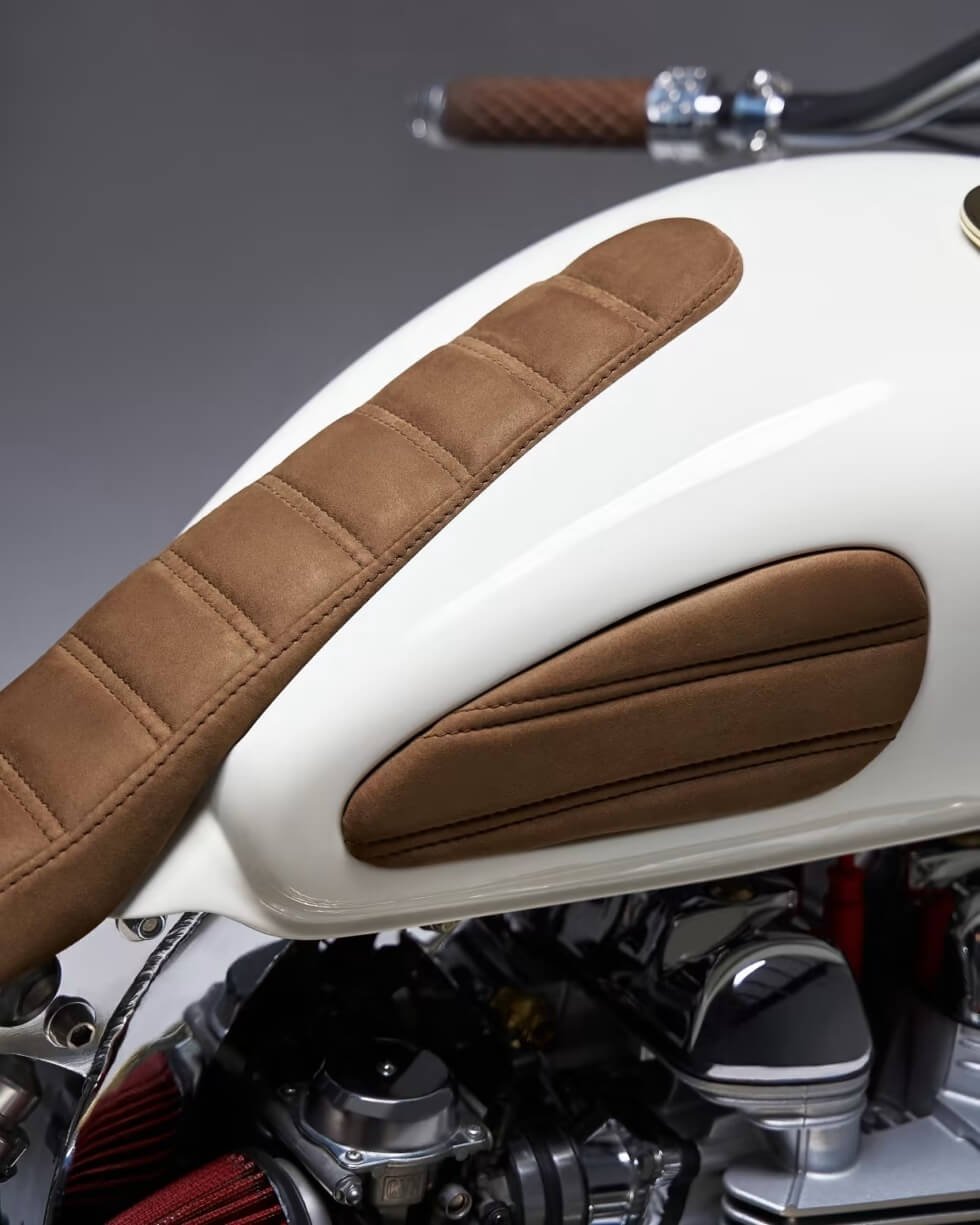 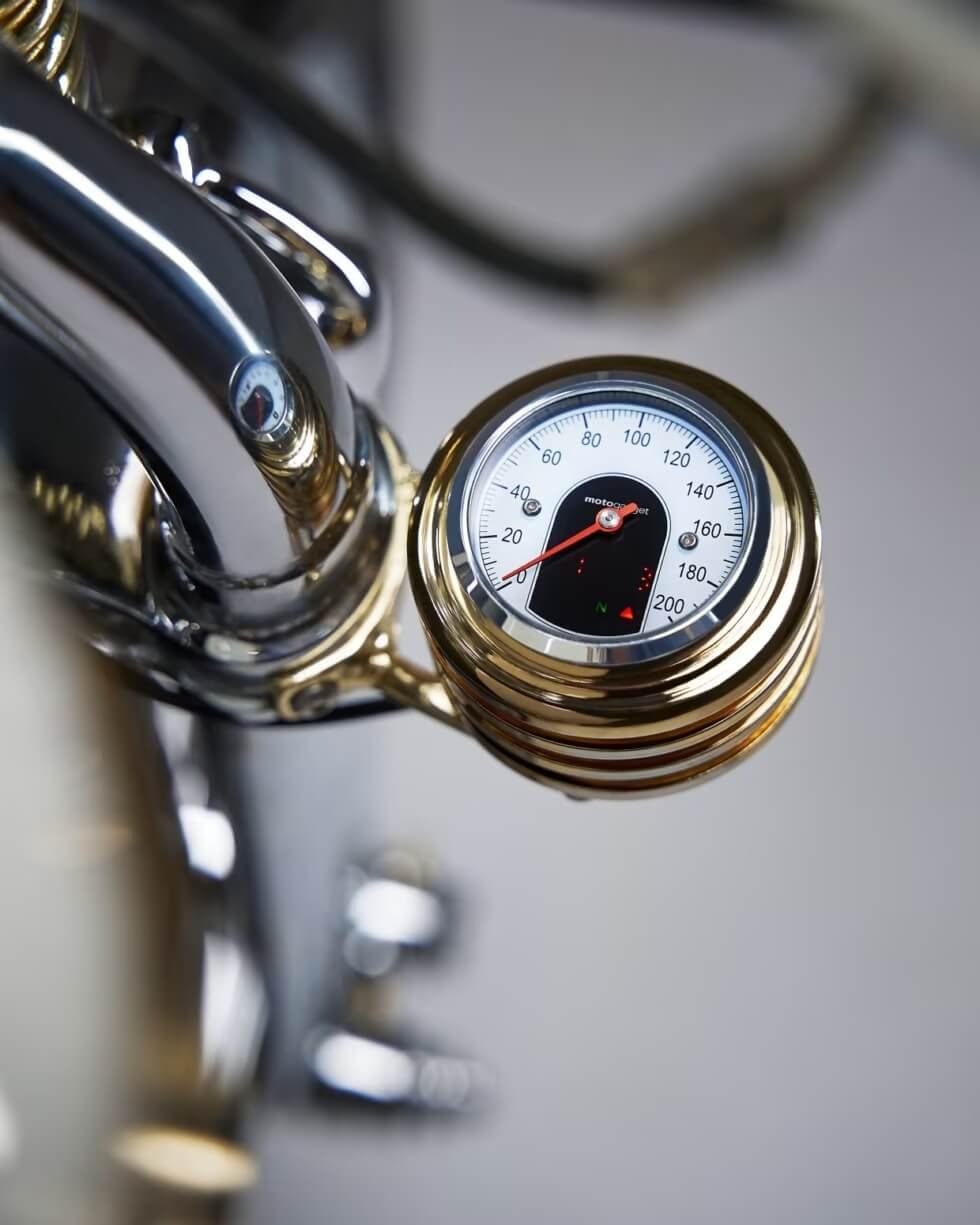 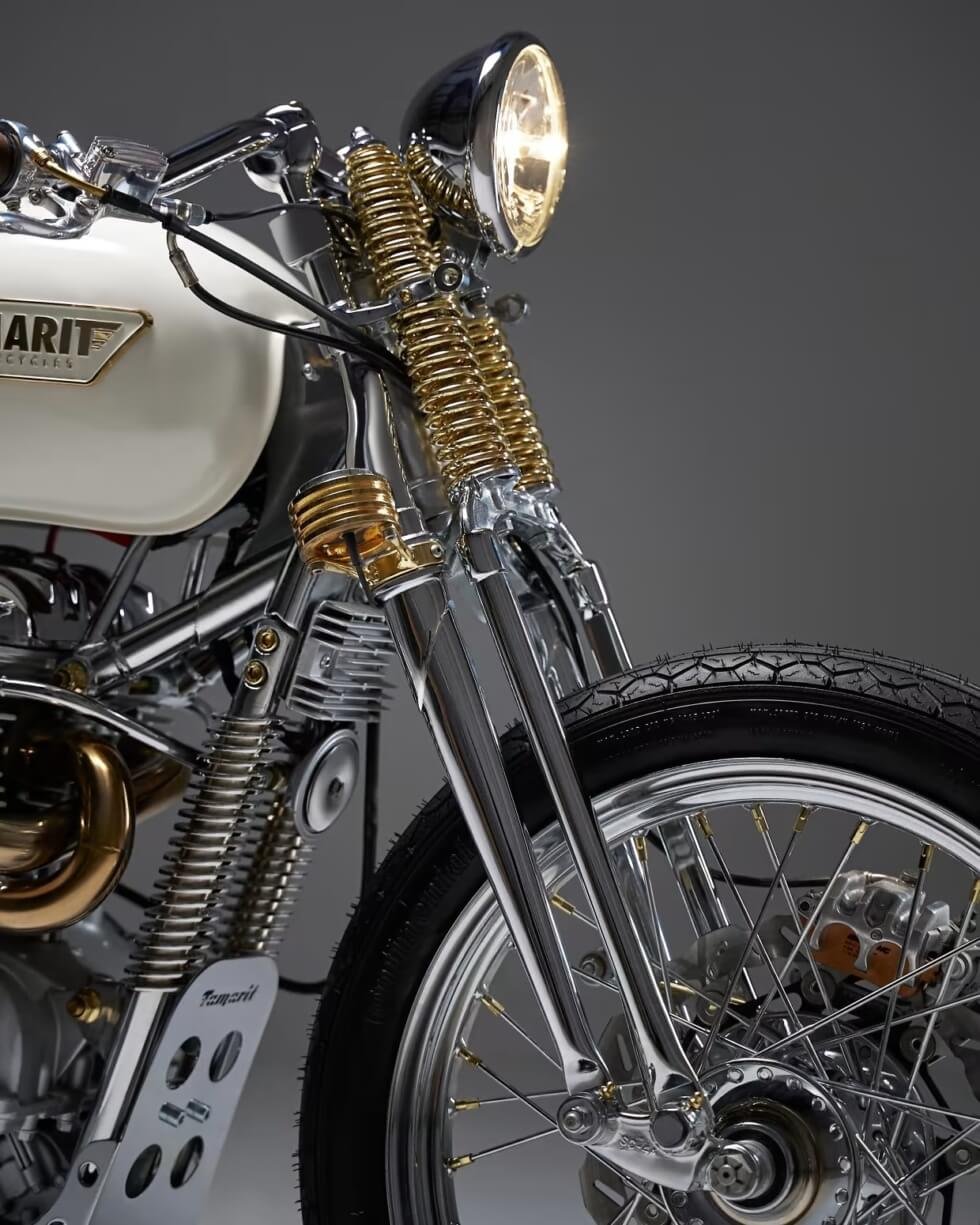 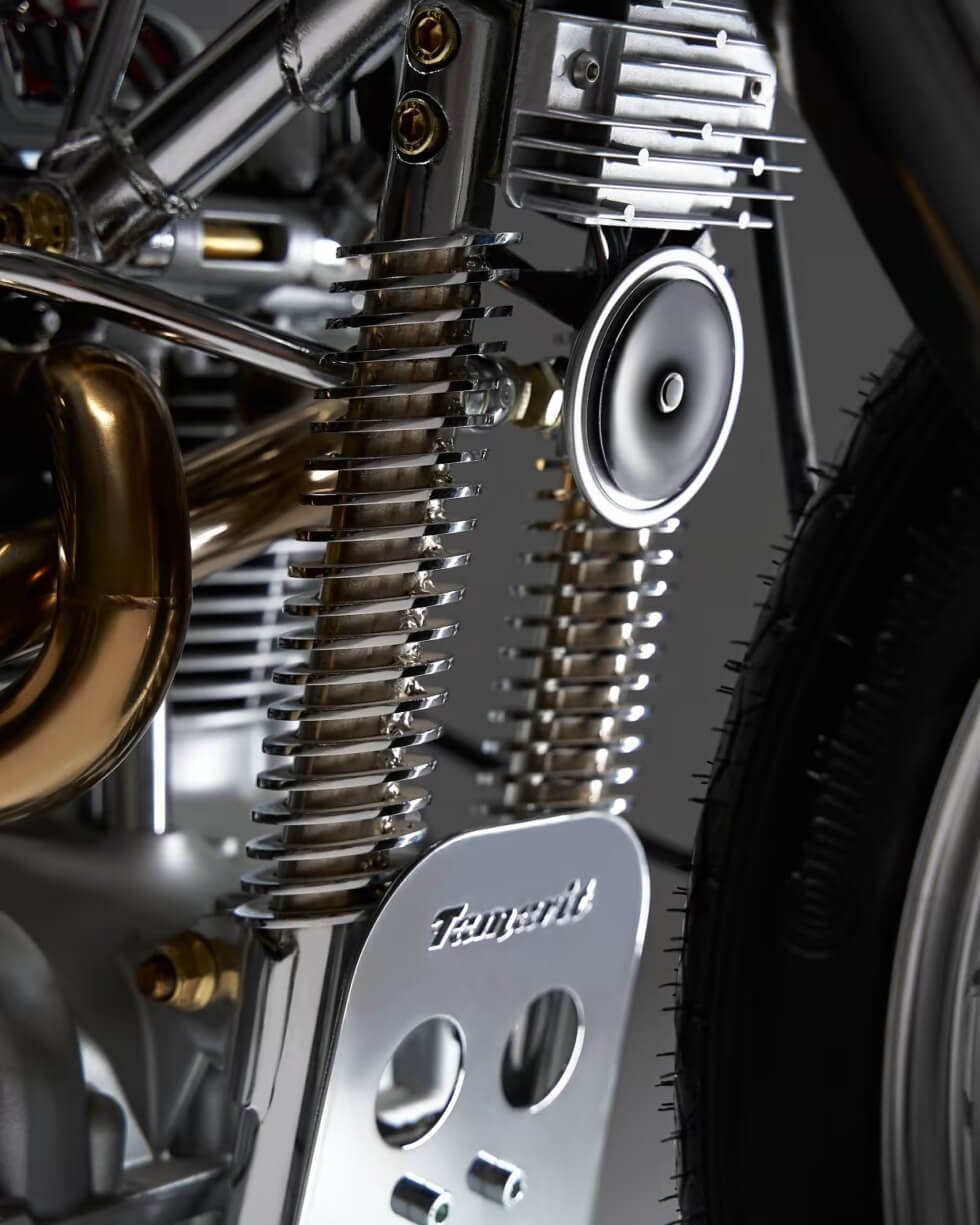 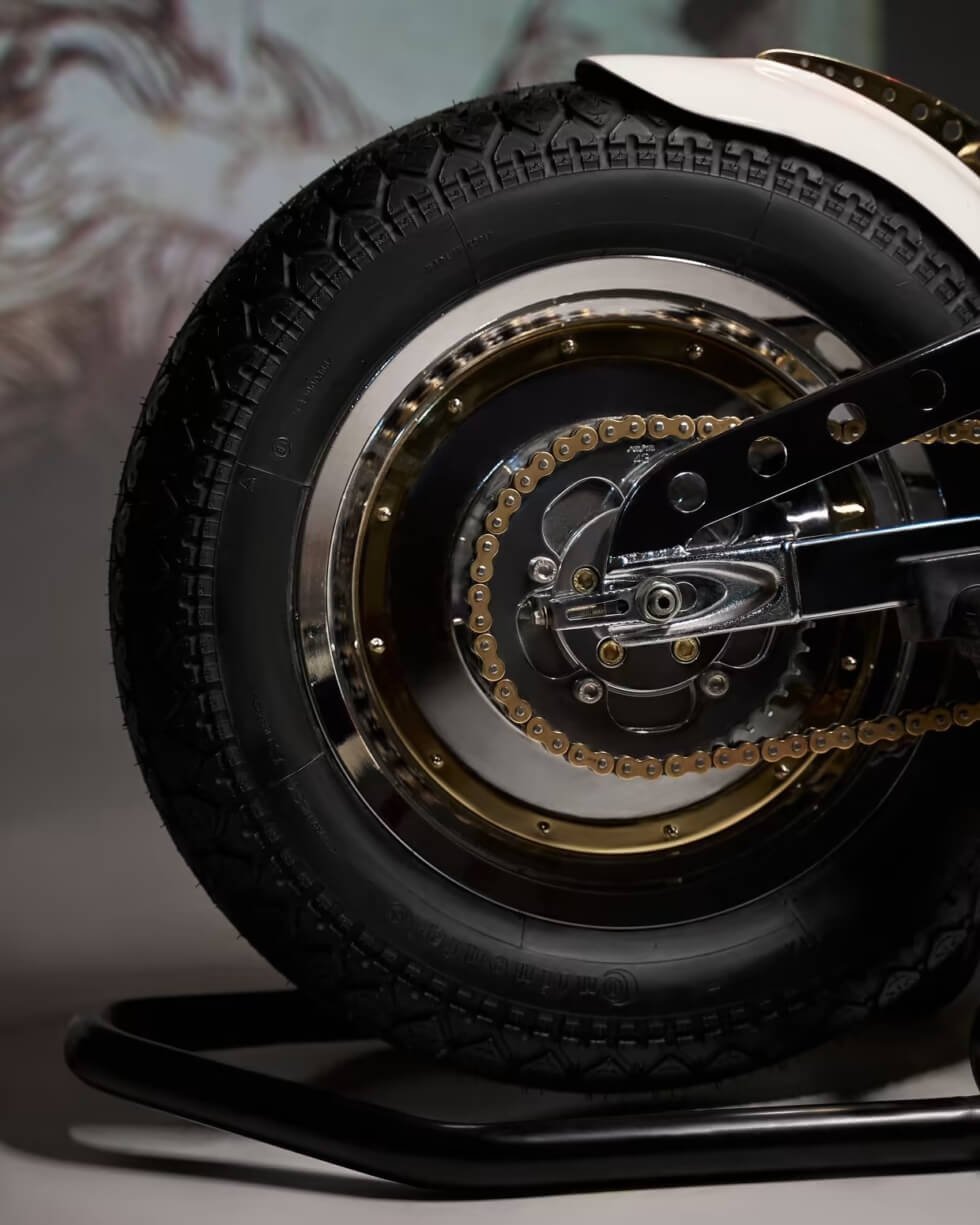 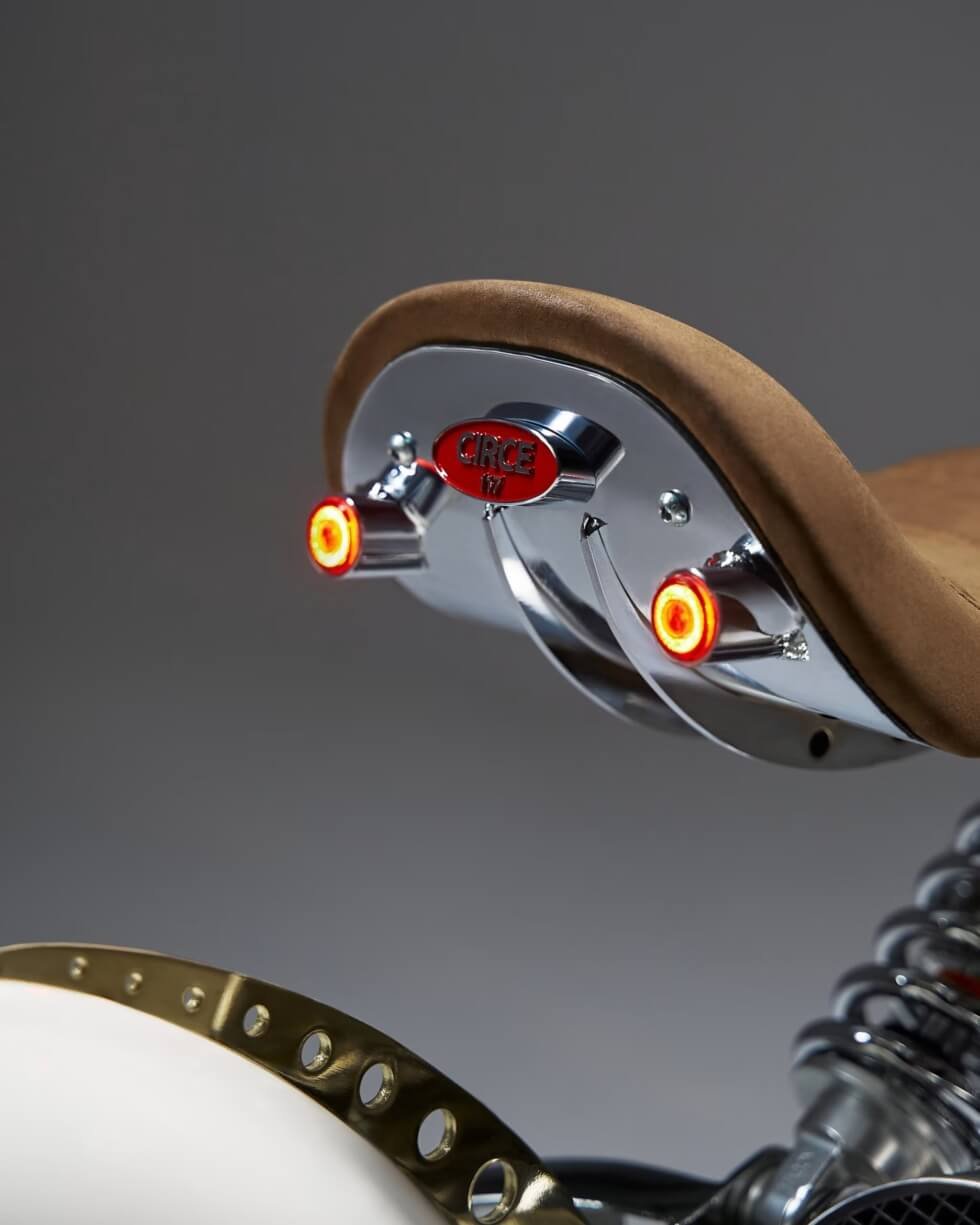 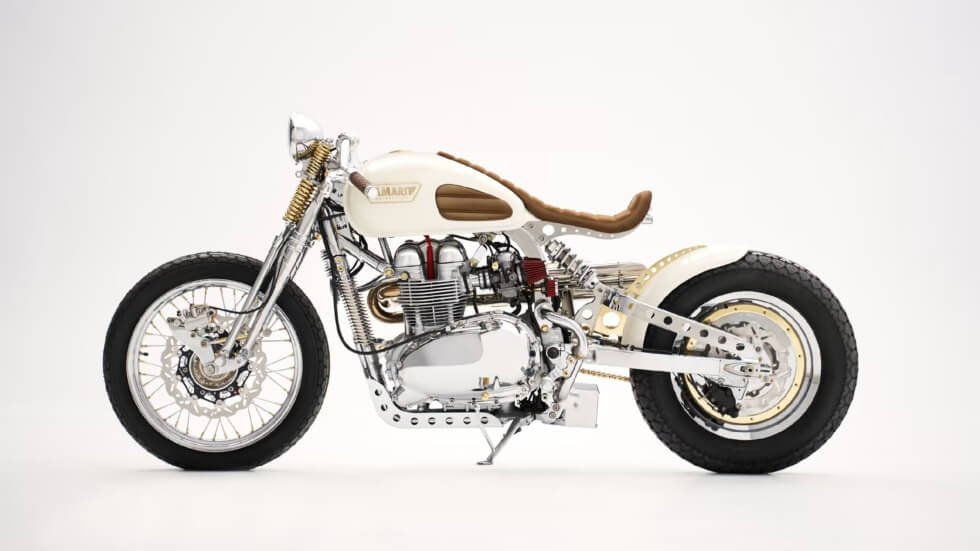