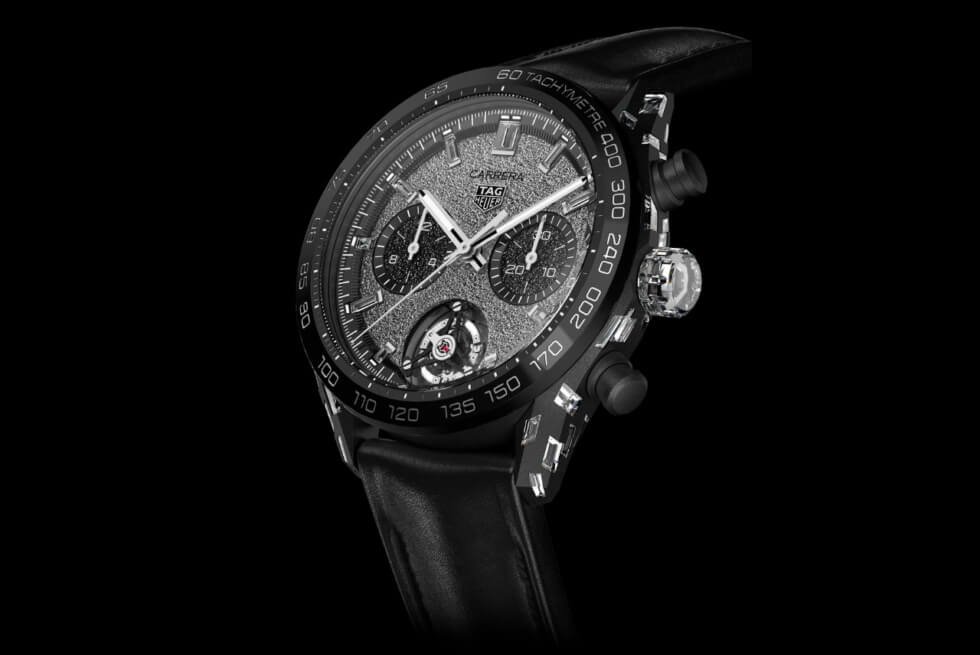 Now that the Watches & Wonders 2022 is officially over, there were a lot of exceptional announcements that cultivate excitement for what’s to come. One of those stunning reveals involves lab-grown gemstones. We believe TAG Heuer stole the show with its Carrera Plasma Tourbillon and the Diamant d’Avant-Garde technology behind it.

Many call this timepiece a return to luxury form for the watchmaker. For years, they’ve been focusing on crafting reliable timekeeping instruments that are more accessible for almost everyone. The Carrera Plasma Tourbillon, on the other hand, is an exercise in cutting-edge opulence.

TAG Heuer turns lab-grown diamonds into spectacular elements minus the controversy behind the natural kind. This means buyers understand the sparkly bits on their wrist candy are truly guilt-free. Let’s start off with the 44 mm case fabricated from anodized aluminum with a coat of black DLC in a matte finish.

Various sections of its housing are fitted with diamonds. The Carrera Plasma Tourbillon then sports its tachymeter scale on a black ceramic bezel. What follows is a dazzling polycrystalline diamond plate for its dial. To add some contrast, the sub-dials also use it, albeit in a darker tone.

Here, another cutout at 6 o’clock exposes the intricate mechanical complication of its namesake. TAG Heuer is certainly not holding back with the stones as the applied hour markers use faceted diamonds. Governing its chronograph functions is the in-house H02 Tourbillon Nanograph self-winding movement.

The icing on the cake here is the Carrera Plasma Tourbillon’s crown, which is also a lab-grown diamond. So far, TAG Heuer did not hint at plans to make more than one example. Nonetheless, this should be enough to hype up what its future releases could bring to the table. 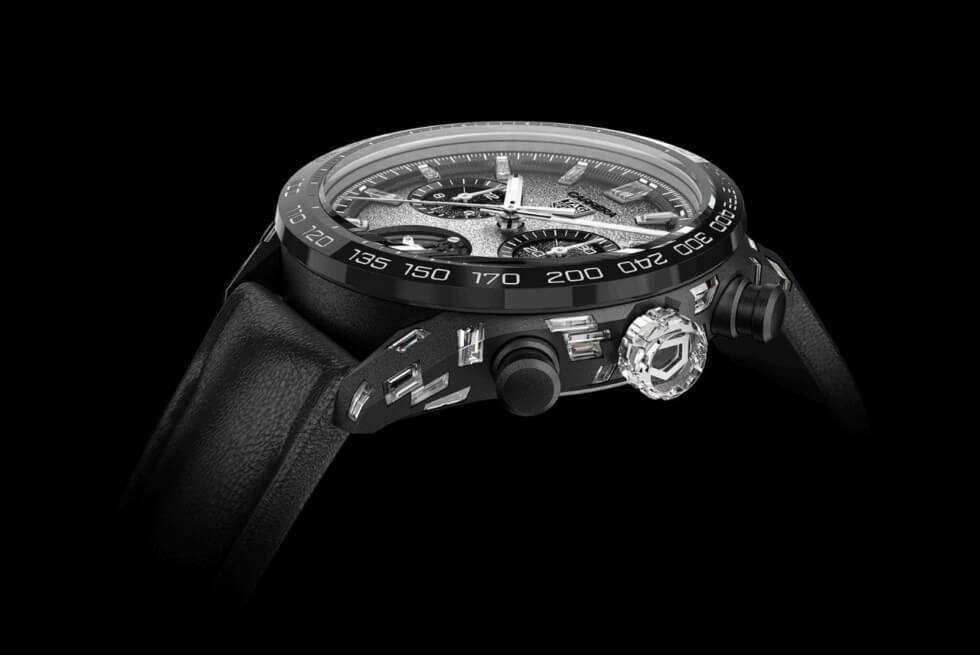 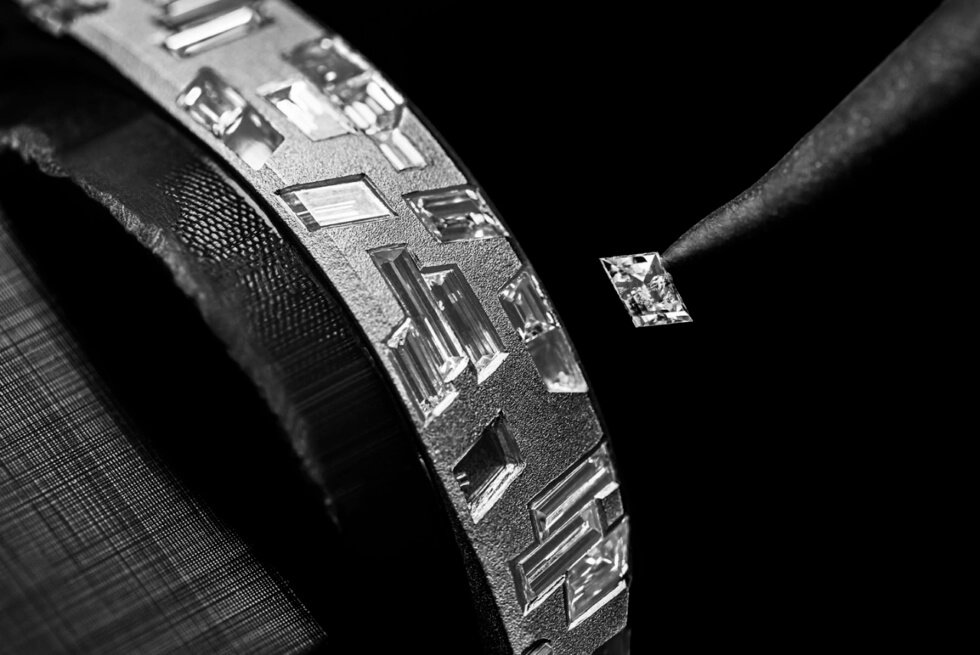 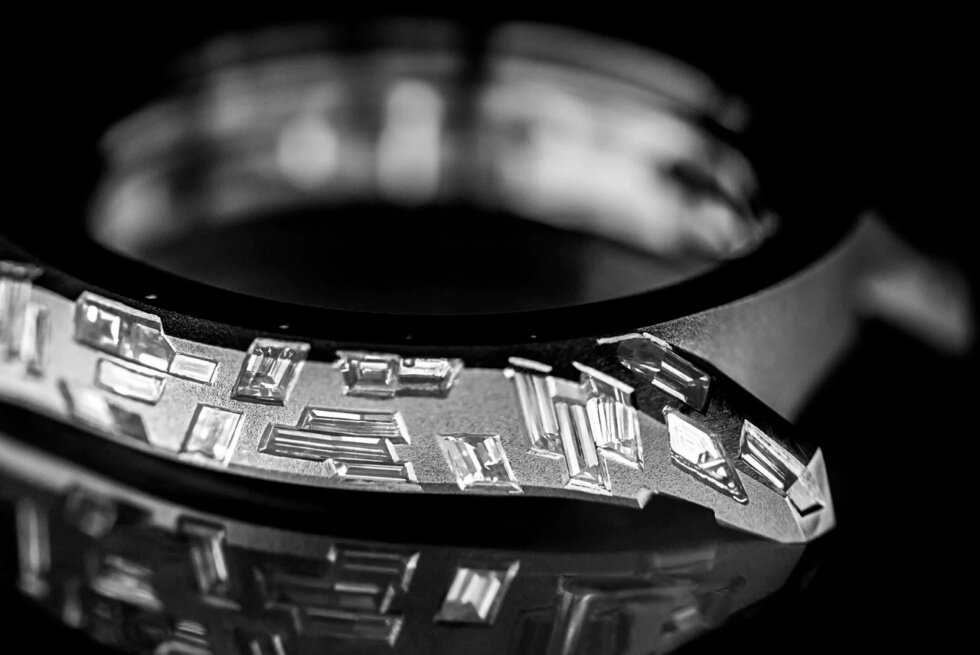 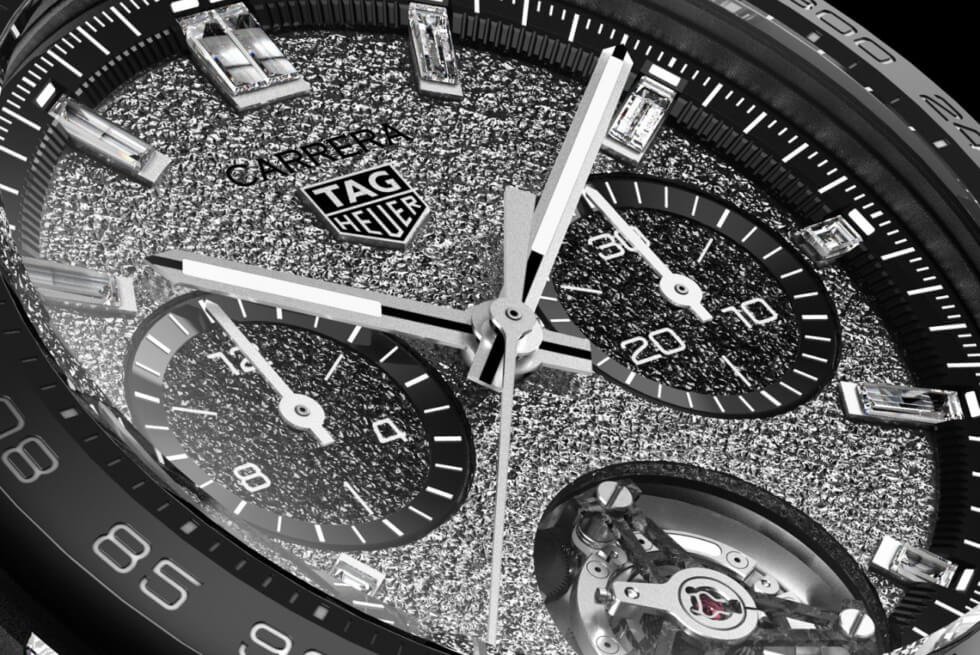 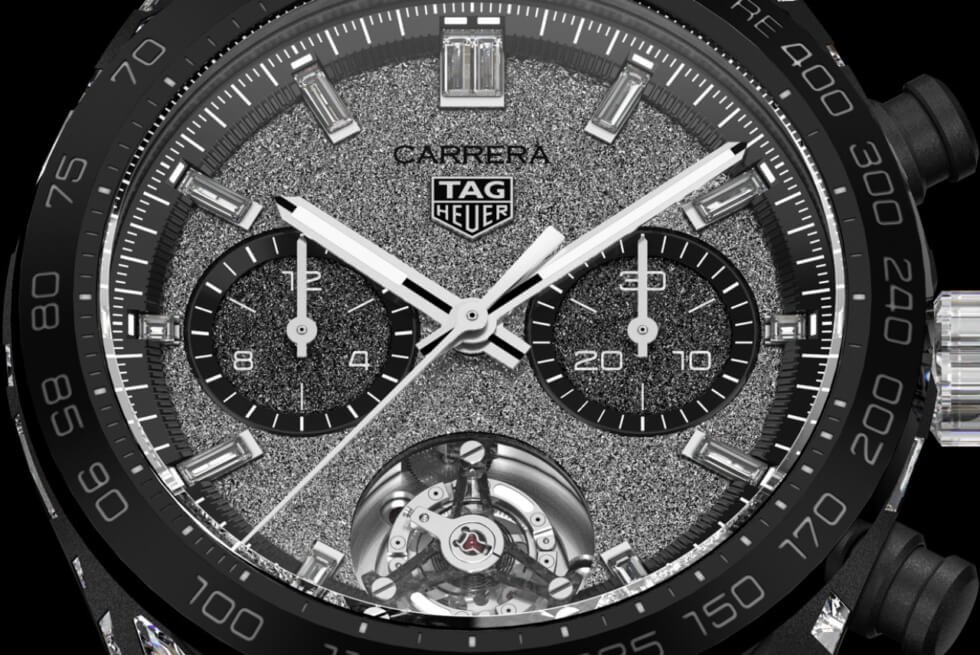 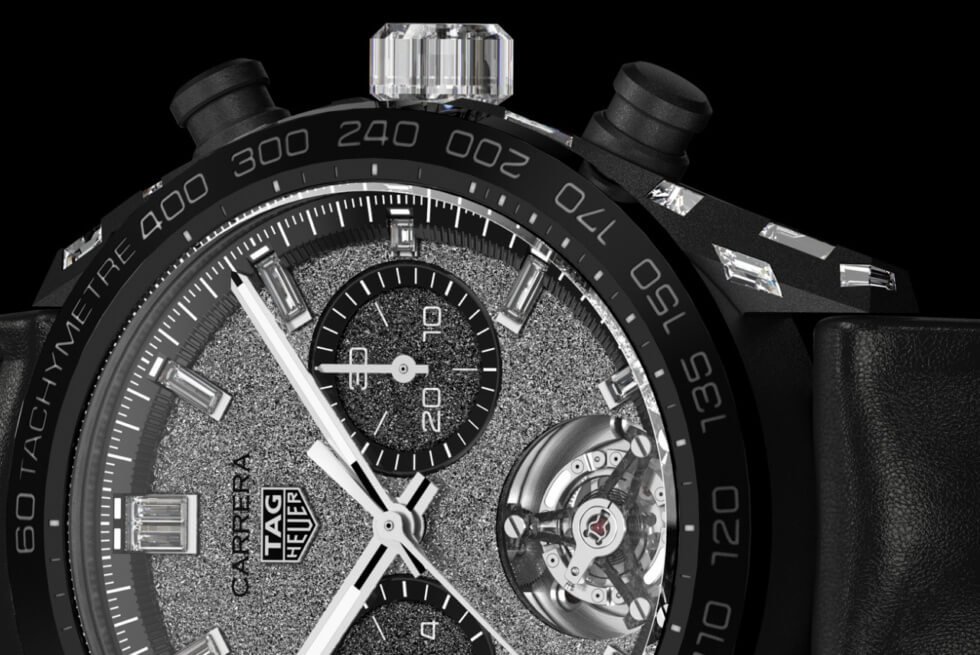 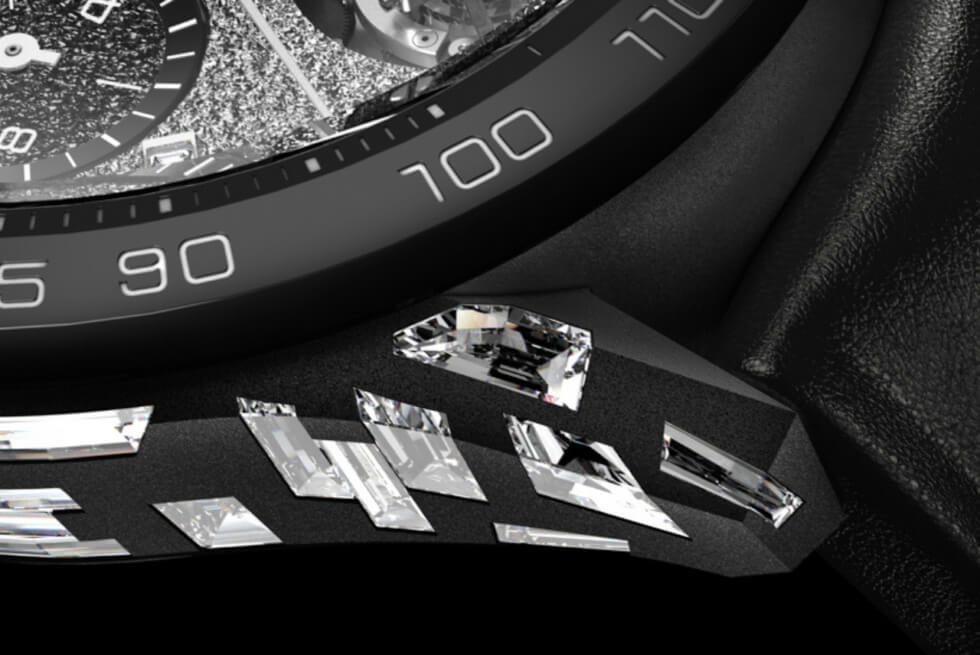 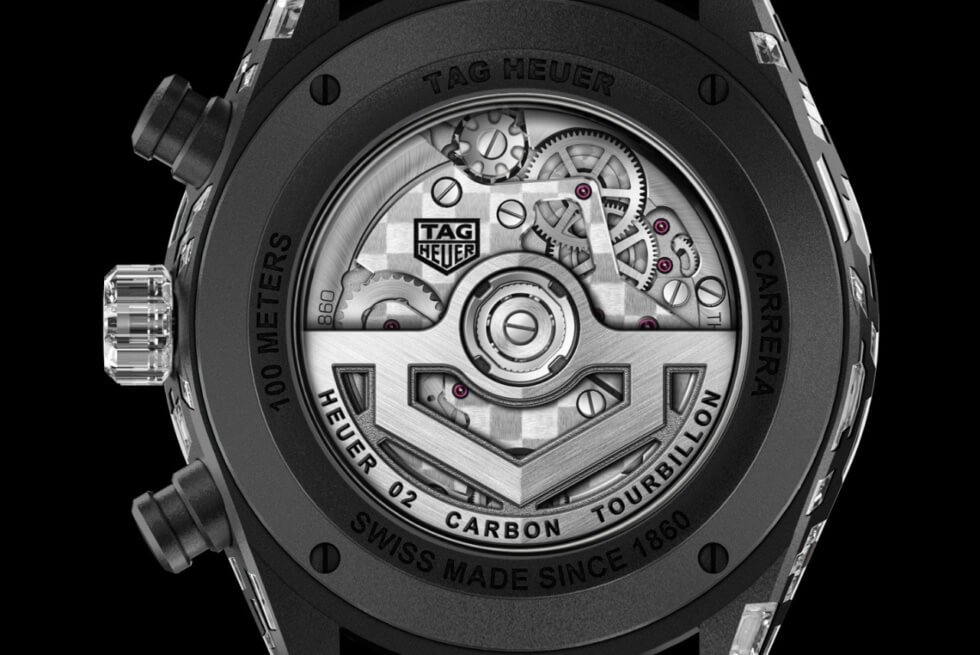